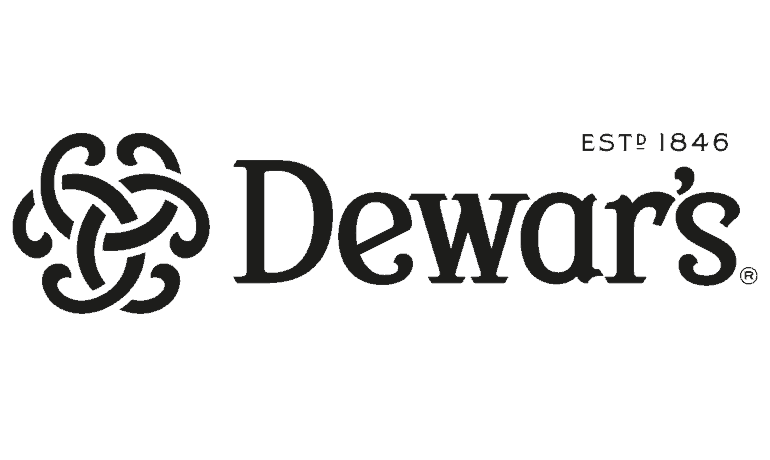 Advertised as “The Drinking Man’s Scotch”, Dewar’s scotch whisky has been a top seller internationally and one of the most popular options almost since its founding all the way back in 1846 by John Dewar Sr.

A brand of blended scotch whisky, the company rapidly grew from its early days in 1846 to become one of the global market leaders by the time 1896 rolled around.

In 1925, the business joined the Distillers Company in Scotland – and a little more than 60 years later this conglomerate was purchased by the Guinness organization in 1986. Later, Guinness merged with another major corporation – the Grand Metropolitan – in 1997 and shortly after that the entire mega-corporation was sold to Bacardi in 1998.

Since then, Bacardi has owned and operated this scotch label under their umbrella of spirits. But unlike a lot of other acquisitions they have allowed this brand almost complete autonomy to continue producing scotch whisky the same way that they have been for more than 100 years now.

This was great news to those that love Dewar’s scotch whisky as this distillery was the pioneer in blending whisky inside of oak casks. This allowed the entire blend of scotch whisky to age together, helping it to enjoy that smooth and flavorful finish that is almost impossible to accomplish through any other process.

In the world of scotch whisky you really have two different and totally distinct options:

The popularity of single malt options has dramatically increased in the last 50 or 60 years, but the overwhelming majority of scotch whisky sold – just over 90% – is of the blended variety.

Master blenders work carefully to keep it as close the “original blend” as possible, while at the same time recognizing that every batch is going to be subtly different than any other – but that’s what makes this blended whisky so special.

The skill of the master blenders that work with this distillery (each and every one of them with decades of experience already) allow them to dial in each individual whisky from the blending formula to hit the sweet spot that makes each bottle of Dewar’s almost identical but with a little twist.

This whisky is immediately recognizable for its flavor profile, its nose, and its signature burn, but each bottle from individual batches will have something a little different in them as well. And that’s what makes so many people keep coming back to this scotch time and time again. 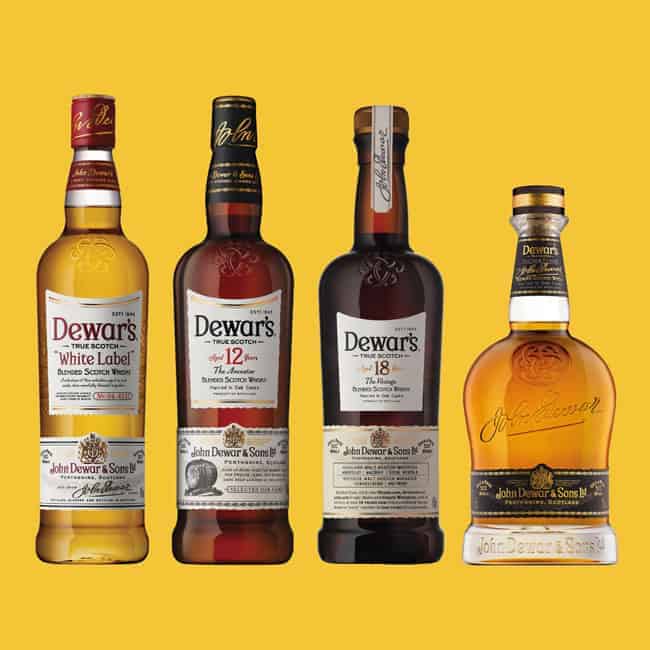 It’s the strength of these blends that really lend this scotch its special character.

A variety of different whisky options are available from this distillery, running the gamut from White Label to the 18 Year Old at opposite ends of the pricing spectrum – all of which are going to deliver a unique experience that scotch whisky enthusiasts have come to love.

Many find Dewar’s White Label to be a perfect entry point into the world of scotch.

An affordable option, the Dewar’s Scotch Whisky in these bottles has only been aged between three and four years. The nose has a little bit of lemon, some pear, and just a small amount of butterscotch – but the overwhelming majority of the nose is made up of fruits and grain spirits.

The body is going to be mostly a creamy, lemony, honey kind of flavor with just a very little bit of heat from the peat. At a couple of drops of water to this scotch and you’ll pick up vanilla notes that weren’t there before.

The 12 Year Old is slightly more expensive but is a blend of scotch whiskys from this company that have been aged for at least 12 years. These scotch whiskys have also been “double aged” – after the individual whiskys have been aged they are then blended and further ripened in oak barrels for an extra six months – giving this bottle a smoother, easier finish and a tremendous nose and flavor profile you’ll have a tough time finding elsewhere.

At the top end is the 18 Year Old variant, available ever since 1955. A special Royal Warrant for the production of this scotch whisky was handed down from Queen Elizabeth II (a big fan), and it is an even more luxurious, even more decadent, and even more enjoyable scotch whisky compared to the 12 Year Old from this distillery.

At the end of the day, if you’re looking to get started in the world of scotch or want to try one of the more legendary names in the business for the first time, you can’t go wrong with Dewar’s.