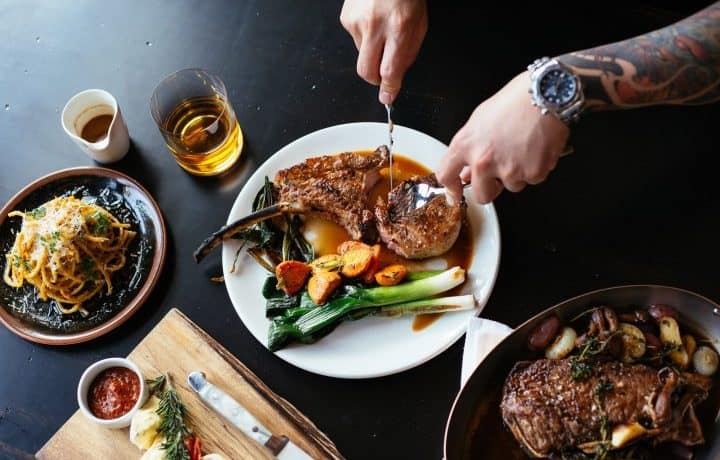 They say when you are dieting, everything is taken within moderation and that goes double for whiskey. So, does whiskey make you fat?  The good thing is whiskey is among one of the few spirits that are okay to have while you are on a diet if you watch the calories that you take in.  According to the USDA, whiskey is extremely low in saturated fat, cholesterol and sodium as well as having negligible levels of carbs.  The only issue are the calories.  There is a greater caloric load with each gram than the carbs have comparable, seven calories for whiskey and four for carbs. You want to stay within a caloric deficit if you are trying to stay with a weight-loss program.

Another thing to remember in asking does whiskey make you fat, is that your body will burn the whiskey before it burns any fat or calories from meals that you have consumed.  Your body cannot store the calories that you take in from alcohol for later on like it will do with the food that you eat.  When you drink whiskey, your body has to stop the process that it’s currently in, e.g. burning the last meal you had, in order to rid itself of the alcohol. Whatever it had been working on will be stored as fat.  It is especially damaging to the fat-burning process in the belly.  That’s why a lot of people are left with the ‘beer bellies’.  It’s not only for those that drink beer.  It’s anyone who drinks any type of alcohol.

Those who have a regimented plan of drinking one whiskey per day tend to gain less weight and are less likely to become obese.  They generally are exempt from having to wonder, does whiskey make you fat, because they have developed a system to where the alcohol is included within their diet plan and it fits their health routine.  They are usually active, compensate for the calories in other areas so that they maintain the deficit, and enjoy a high-quality, well-balanced meal plan.

It is important to try to stick with just one, two tops, per day.  If you go beyond that point you risk having your body and mind mess up its perception of hunger.  You will start to think you want food and the wrong food.  The more you drink, the more you grab for whatever food you see and it’s generally not part of your diet plan.  The worst part is when you wake up the next day with the hangover, you will be especially dehydrated and this too will cause you to crave carbs.  This is when whiskey will make you put on the pounds.

The best way to avoid the hangover if you know you’re going to indulge is to drink one big glass of water for each whiskey that you have and then also have one when you get home right before bed along with a snack that is high in fiber and protein.  That will keep you satisfied into the next morning in order that you don’t wake up starving to death.

Another tip, try to keep your whiskey on the rocks or neat.  Don’t add things to it, e.g. sugary sodas or even diet sodas.  This will have the least impact on your metabolism and add so many less calories and junk to the nutritional value that you’re trying to keep within a healthy limit.

Does whiskey make you fat?  Yes and no.  You have the reins on that.  It definitely has the potential depending on how much you choose to consume.  Taken in moderation, whiskey is actually not bad on a diet plan at all.  There are some of us who are doing quite well with it on a diet.  It’s all a matter of mindset.