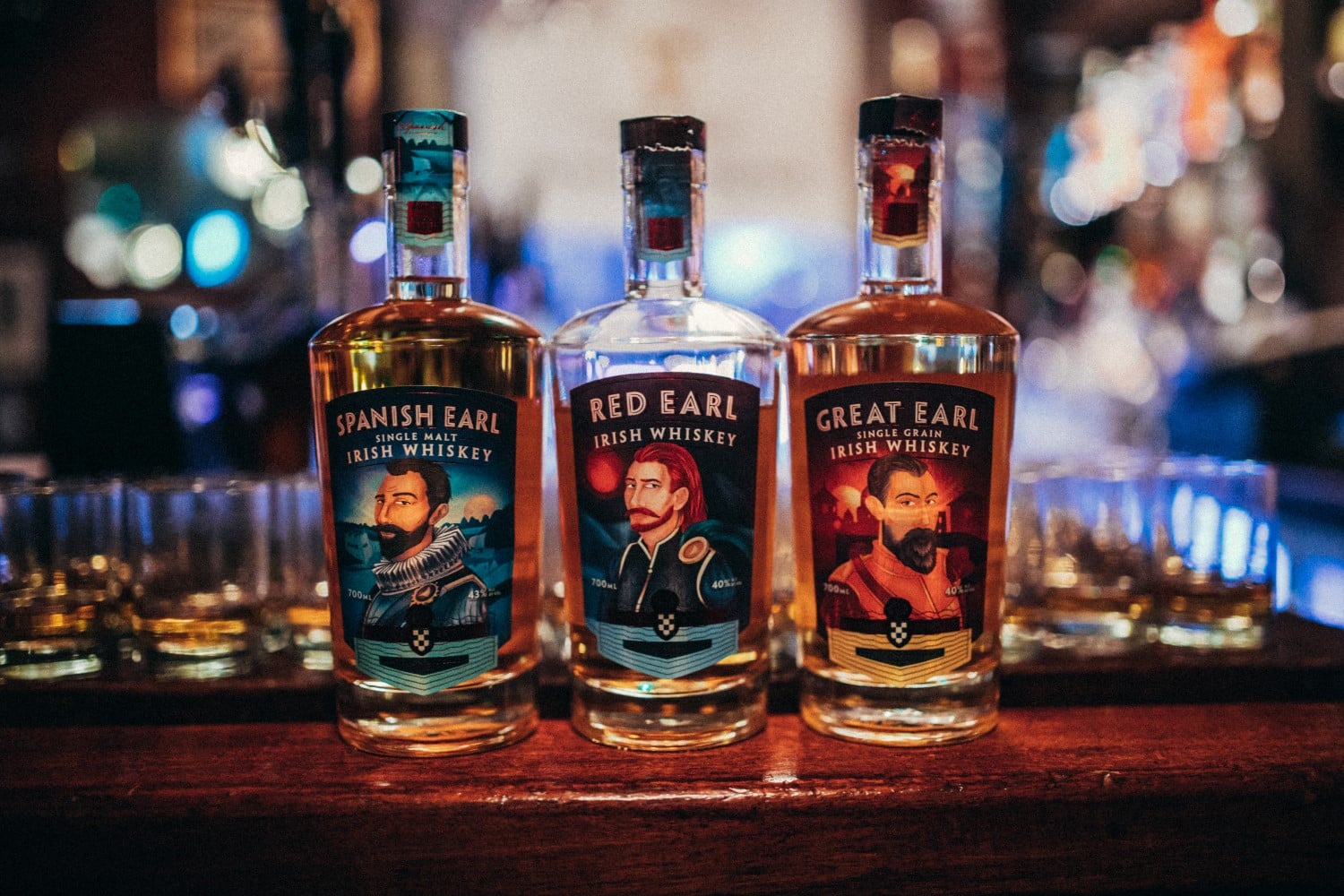 Kinsale Spirit Company is a new distillery, all things considered. It was founded by Tom O Riordan in 2015. Partnering with his sister, Clodagh, who is a qualified distiller, they began searching for and crafting a spirit that characterizes everything about Ireland coastal town Kinsale.

Their start was humble, with Tom purchasing a small still and beginning to make batches of gin in the kitchen alongside Clodagh. The gin is crafted from local botanicals alongside traditional ones. The siblings went through more than sixty batches before coming up with their now award winning recipe.

Later, Tom partnered with Ernest Cantillon and Colin Ross to get the beverage into more hands than family and friends. The food and beverage entrepreneurs have now got Kinsale Spirits exporting to China, the USA, and other markets.

Table of Contents – Sip this article! 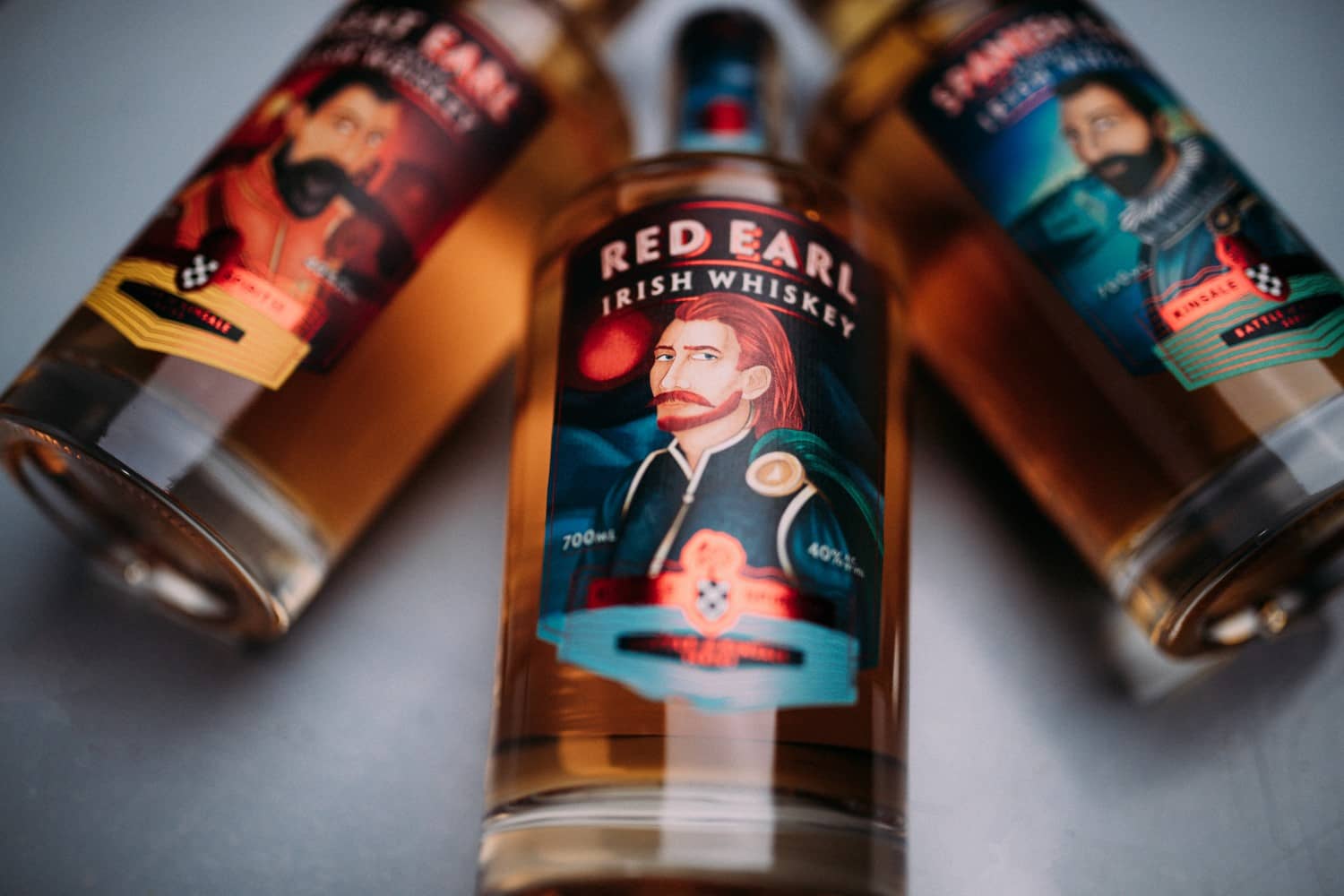 Kinsale Spirit Company – How it Started

Kinsale Spirit Company started with gin in 2016, making its first sales in 2017. In early 2021, they sold their 100,000th bottle. In 2020, they launched the Red Earl Irish Whiskey. The other two whiskeys followed shortly thereafter.

Since their start, the spirits have won a number of awards including:

The company is still small, less than 10 employees. They are privately held and have only one location in Compass Hill, County Cork.

The brainchild for the entire operation now calls himself the Operations and Production Director. He has been working in hospitality and beverages for over 30 years. His starts were in pubs and night clubs in the early-to-mid 1990’s. Over the years, he even completely renovated and relaunched one of Cork’s gastro and cocktail bars: the Raven Bar.

When he got his sights set on founding a spirit company of his own, he went and completed a post-graduate degree in Food Science at University College Cork.

Ernest holds the title of Marketing and Sales Director. He has long since been a respected entrepreneur in the Cork area, owning and operating Sober Lane and Electric Bar ; Restaurant. These two establishments are well known for their hospitality. Ernest’s resume also includes bringing Oktoberfest to Cork starting in 2006. The event is now annual.

Ernest graduated from University College Cork with a degree in Commerce and was previously a President of the Cork Business Association.

Colin has a background in both general management and marketing. He holds the title of Managing and Export Director at Kinsale Distillery.

He graduated from University College Cork with a B Comm. Over the last 30 years, he has managed the success of many brands and businesses across several industries – to include Heineken.

Previously he has run a restaurant, nightclub, and bar, served as Managing Director of iASC Seafood, founded Prestige Catering Limited, among other accomplishments. 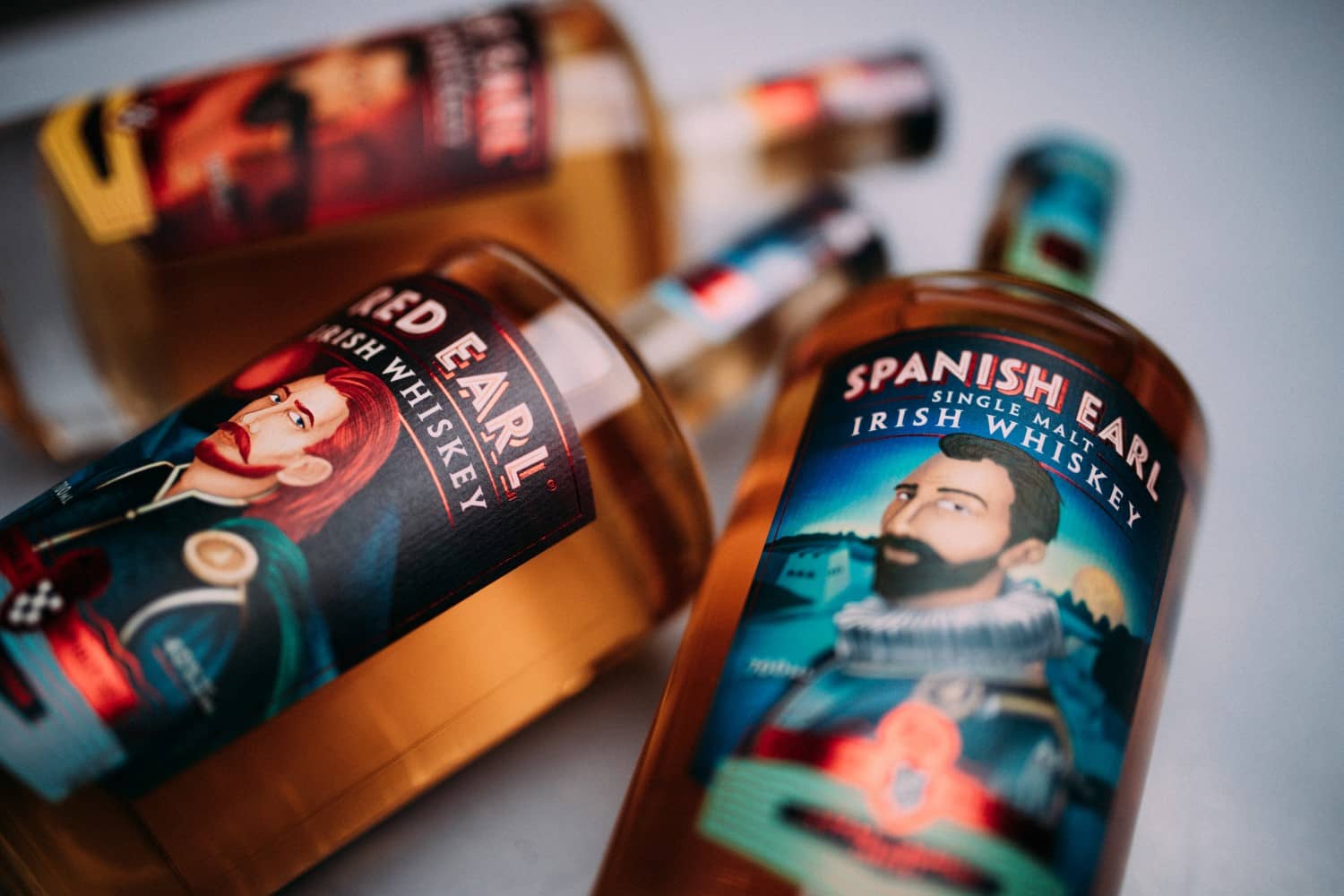 Kinsale Spirit Company – The Gin and The Whiskey

Kinsale Gin is considered to be the flavour of the Kinsale countryside. From the very beginning, the founders strive to use local botanicals to achieve the perfect taste.

Kinsale also aims to pick ingredients seasonably, sensibly, and ethically. The goal is never to take too much, but to leave enough behind for both wildlife to enjoy and future crops to grow and flourish.

Some of the ingredients in the gin include:

This combination of ingredients creates floral notes with a bit of spice, as well as sweetness contrasting with bitterness. 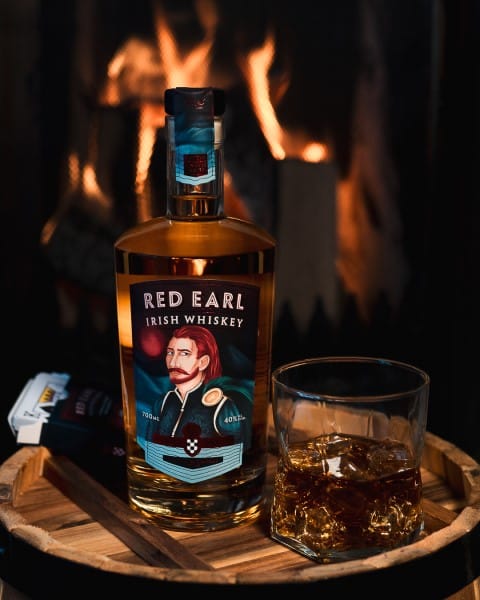 This blended whiskey is an homage to Red Hugh O Donnell, who is considered to be a great hero in Irish history. When the English were trying to conquer Gaelic Ireland, the chieftain rallied forces against England’s Queen at the time: Elizabeth the First. He was captured by England and held in the Castle in Dublin for five years.

With some help, he escaped and later became the Earl of Tyrconnell. Legend says he was poisoned by an Anglo-Irish spy while he slept. His body is buried in La Rioja, Spain, as a hero.

This battle of kinsale whiskey is fashioned to be as bold as Red Hugh O Donnell himself. This Irish Whiskey is smooth, blended, and triple casked for complexity.

The Red Earl Expression, from the Kinsale Spirit Company has a colour that resembles a rosé wine, given that it ages in Rioja Casks. When one smells it, it is possible to detect floral and fruity aromas, such as rose, strawberry and cherry. One can also smell oak and almond aromas.

Regarding the taste of this blended irish whiskey expression, one might discover spicy and sweet flavour notes, as clove and cinnamon, provided by the Rioja casks, and vanilla, almonds and toffee. The finish is long and warm. 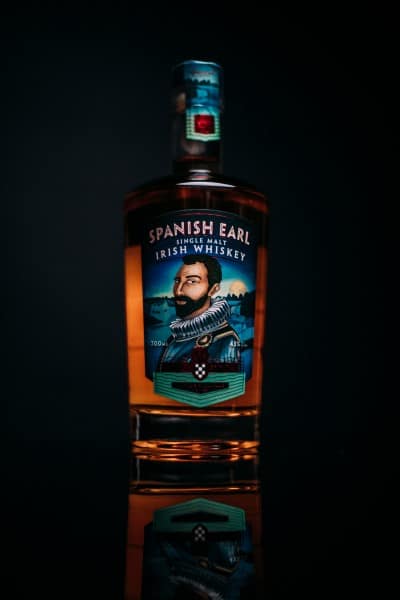 This single grain Irish whiskey strives to embody the essence of Juan del Aguila, who battled alongside the future Red Earl during the Battle of Kinsale, which lasted two months. This campaign was the climax of the Nine Years’ War where England fought against Gaelic Ireland.

Juan del Aguila was popular among the locals and served with valor and without fear. He was able to return to Spain before his death in 1602.

The Spanish Earl Single Malt Irish Whiskey is triple distilled and triple casked. After spending 4 years in ex-bourbon casks, half the spirit is transfered to ex-imperial stout casks and the other half to ex-jamaican rum casks. This method gives the whisky a light golden colour.

While smelling this the Spanish Earl Irish Whiskey, one might detect coffee and dark chocolate aromas, given by the ex-stout casks, but some dried fruit aromas as well, given the ex-rum casks.

On the mouth, this Irish whiskey expression also have coffee, dark chocolate and dried fruit aromas. It is an overall creamy whiskey, given the ex-stout casks finish.

The dram has a medium lenght with hints of raisin and spice. 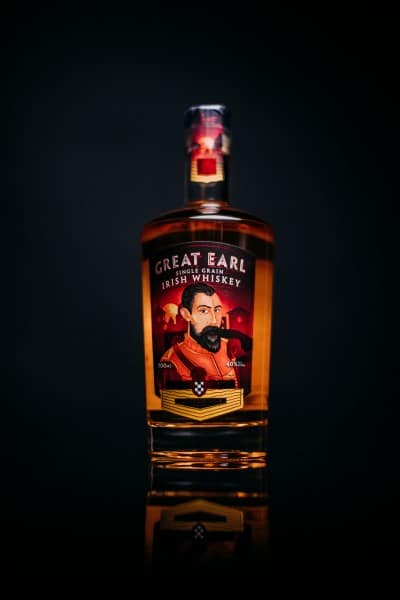 This single grain irish whiskey celebrates Hugh O Neill, decorated general and Great Earl. He was the man responsible for rescuing Red Hugh O Donnell from the English Army at Dublin Castle. The three men were instrumental in the 1601 Battle of Kinsale.

He fled Ireland in 1607 and lived out his final days in Rome. He is now immortalized in Vatican City by means of a fresco.

The “Great Earl Whiskey” is triple casked, starting in Rechar and Virgin Oak before being finished in Italian Sangiovese casks. This is to reference where Hugh O Neill spent his last days before his death.

The aromas of this Irish Whiskey are overall sweet, being caramel, vanilla and charred oak some of the present notes.

Regarding its taste, the Great Earl Single Grain Irish Whiskey is also sweet and spicy, with honey, elderberry and white pepper notes. It has also hints of red wine, given by the Sangiovese casks.

This dram finish is creamy and long.

Kinsale spirit company and distillery is certainly an up-and-coming spirit company to keep an eye on. Their ethically sourced ingredients and commitment to making unique whiskey experiences are just the beginning. The company has plans to craft more whiskeys and expand their exports to more areas in the future.

Want to taste any of these expressions? We have a tasting box specifically with Kinsale Spirit Company Irish Whiskey Expressions!