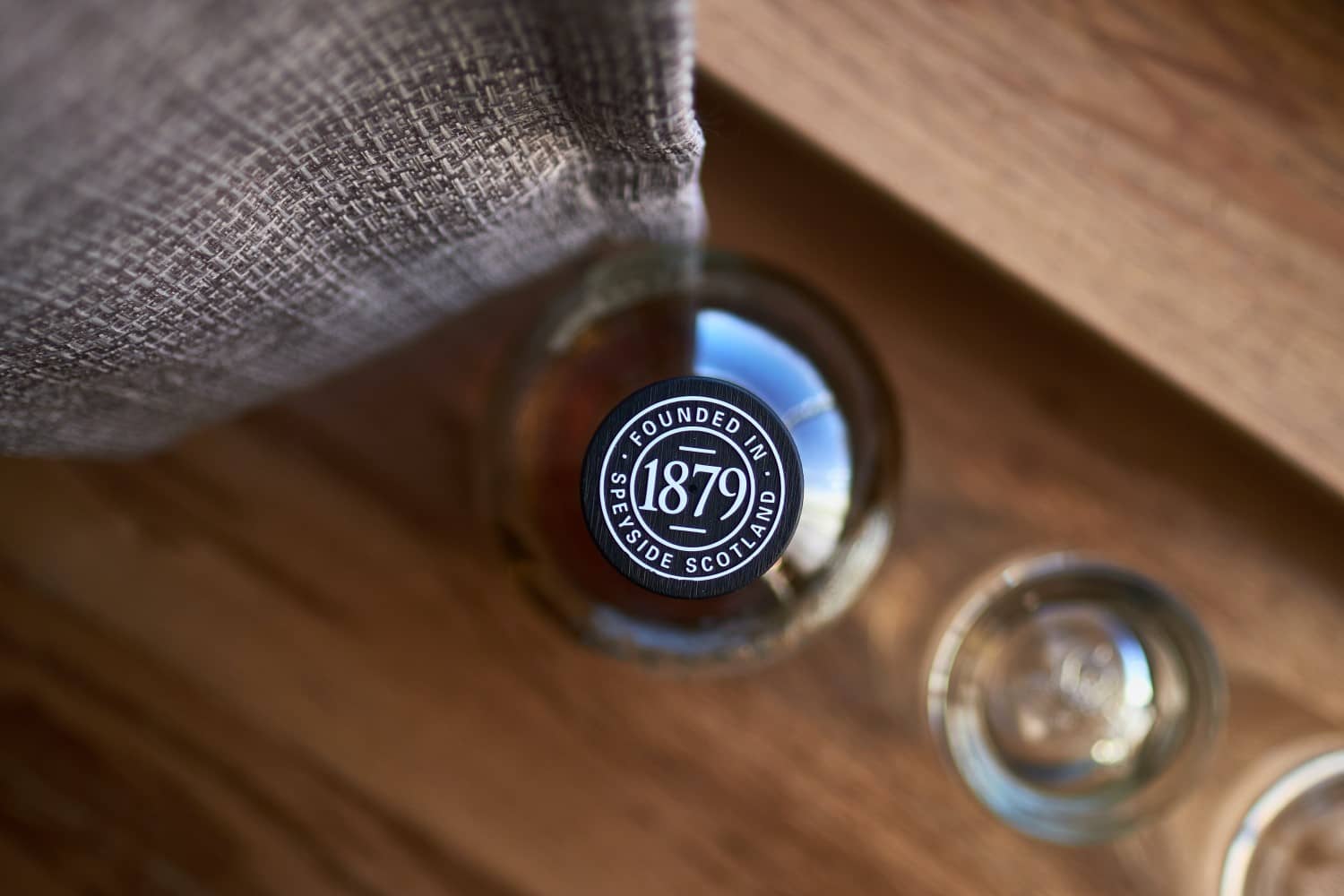 Distilled between Inverness and Aberdeenshire, Speyside whisky has layers and layers of flavours worth tasting! Discover everything about this scotch whisky producing region and some of the best Speyside whisky expressions with an affordable price, in this article!

Table of Contents – Sip this article!

What is Speyside Whisky?

In short, Speyside whisky is the whisky produced in Speyside region, Scotland. However, there are a lot of details that matter for this issue, since Speyside is located within the Highland. So, does one know that a Scotch Whisky is Speyside or Highland? What does Speyside have so special that it has its own denomination, being it part of a larger region? To answer to what is Speyside whisky, we have to answer to many, many questions.

To begin in the region itself, Speyside’s village is called Strathspey and it is surrounded by the Highlands. It is actually confined to the area bathed by the river Spey, and it has everything to thrive in a market that is becoming more competitive day after day.

Besides being around the river Spey – which is one of rivers that has the lowest level of minerals in Scotland – it is also near Garmoth’s port, an important asset to make exportation easier. In addition, Speyside is a warm and dry region, surrounded by barley farms, which facilitates the whisky production. No wonder this region of Scotland produces the most famous scotch whisky brands of the world.

Another fact about Speyside is that it is the home of over 60 different Scotch Whisky distilleries. Among them are the names of whisky giants such as The Balvenie, The Macallan, Glenfiddich, Glenlivet, and Aberlour.

Truth is that Speyside has the status of a “protected region” for Whisky production.

How Many Distilleries Are in Speyside Region?

Nowadays there are over 50 distilleries in Speyside, and they produce almost half of the Scotch whisky that is ever produced. We’ve talked about some of them in the previous paragraphs, but we’ll now list some other relevant distilleries in this area:

What is the difference between Highland and Speyside Whisky?

Besides being a sub-region of the Highlands, Speyside’s drams can differ a lot from the ones produced in the largest Scotch’s producing region. So, in reality, what’s the difference between Highland and Speyside whisky?

Before diving in the drams both regions produce, we should talk a little bit about the separation about them. Labels can get confusing, as we said previously, since some distilleries still use the term “Highland Single Malt Scotch Whisky” to define their whisky, even though they are operating in Speyside region. This happens with The Macallan distillery, for instance.

Truth is that Speyside region was only legally defined in 2009 and some brands did not want to change their labelling. With this legislation, some other brands stopped being classified as “Speyside Whisky” to become “Highland Whisky”, as it happened with Ardmore and Tomatin, for example.

Get to know more about all Scotch Whisky Producing Regions

As Speyside produces almost 50% of all Scotch Whisky and Highland produces a quarter of it, it is only possible to imagine the variety of drams produced in both regions. We should say its almost impossible to define a whisky profile, since each distillery has its recipe, whatever the region they are located.

However, there are some characteristics that pop, and they make it possible to know the difference between Highland and Speyside whisky. The best Speyside whisky expressions might be fruity, nutty, and more delicate. Highland whisky, by its turn, is known for its round-bodied, full of character drams.

Every region of Scotland produces whisky with specific characteristics. For instance, Islay’s drams are the peat kings, the Highland Scotch whisky is known for its richness and round-bodied expressions, the Lowland have the grassiest and most light whisky and Campbelltown scotch is appreciated for its smoked drams.

Speyside whisky is no different and it produces whisky that is very characteristic from this region, besides all the differences between brands and expressions. The best Speyside whisky is usually the one that better represents this area. As it is not common to use peat to dry the barley grains, one cannot expect these drams to be highly smoky or peated scotch whiskies.

So, regarding the Speyside Whisky characteristics, one may expect that to be subtle, sweet, nutty, and quite fruity. It is also common for one to find notes of apples and dried fruit, vanilla, honey, malt, oak, and some spicy notes such as nutmeg and cinnamon. Some of these drams might be lightly smoky.

One of the factors that contribute for Speyside’s whisky character is the water from Spey River. This river has a low level of dissolved minerals and that means the water is purer. That is, definitely, an asset that affects whisky flavours, since it doesn’t alter the chemical part of the process. By that, the mash’s flavours are not influenced by the water’s minerals.

Another common factor between the Speyside’s whisky brands is that a lot of distilleries are using sherry casks to age or finish the maturation of a whisky expression. These types of casks are known for adding fruity notes to a dram.

What is the Best Speyside Whisky? – The Affordable Guide

Being from Speyside, Aberlour makes the most out of this region. The distillery uses locally produced and the soft water from the river Ben Rinnes. However, the secret of the complexity of this dram remains on the casks used for maturation.

A double cask maturation that uplifts any spirit! Being aged in Sherry casks and traditional oak, the Aberlour 12-Years Old becomes mellow and smoothly balanced. And this is just one reason to consider this expression as one of the best Speyside whisky expressions.

The Aberlour 12-Years Old has a fruity and spicy character, with citrus and cinnamon flavour notes.

Aromas – Fruity with notes of red apple and blackberries. Fresh and floral. Hints of honey.

Flavours – Rich and mellow. Sweet flavours with chocolate, vanilla, and honey notes. It is also fruity, with sherries and apricots. Hints of cinnamon. 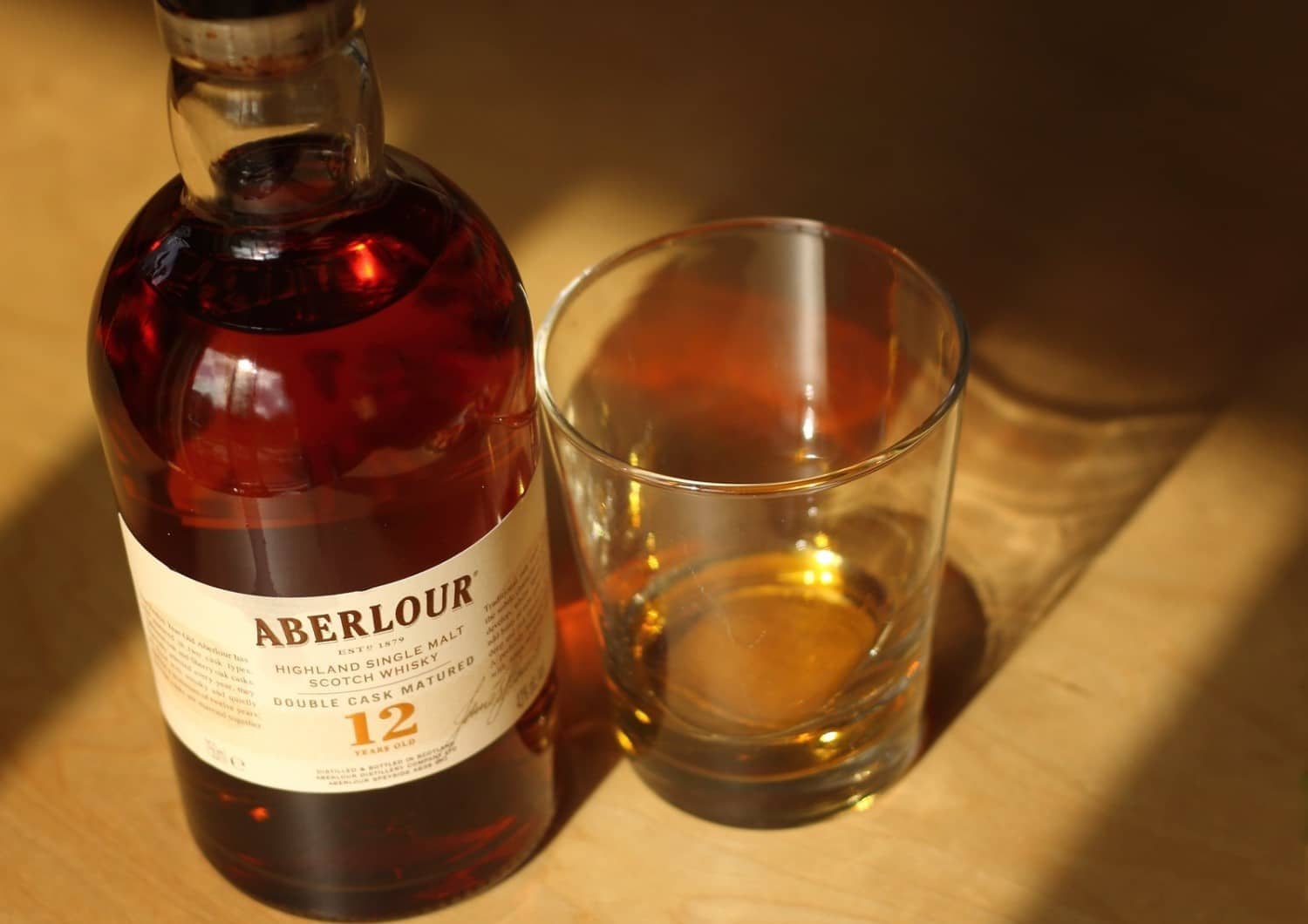 One of the most famous scotch whisky in the world had to be a Glenlivet. The Speyside distillery wears proudly the “Speyside Single Malt Whisky” label and the expressions produced there couldn’t be more related to this region’s profile.

The Glenlivet 12 Years-Old is the signature whisky of this brand and considered to be “a first-class malt”, since it is as complex as smooth. Aged in double casks – Traditional Oak and American Oak – and made with Josie’s Well water, this is a delicate dram that defines a generation of Speyside whiskies.

Aromas – Floral and fruity with notes of lemon, apricot, and grapefruit. Hints of hazelnuts.

An award-winning dram for the peat fans! The Benraich The Smoky Twelve is an affordable whisky and probably one of the best Speyside whisky one might taste.

This Scotch whisky have won a double gold medal in the 2021 San Francisco World Spirits Competition and it the fairest choice! With lots of layers to discover, one might expect this dram to be smoky, smooth, fruity, creamy, and warm.

The Benriach The Smoky Twelve is a triple cask matured whisky – aged in Marsala wine, bourbon and sherry casks. The distillery also serves itself from a mineral-rich aquifer in the north Speyside, which contributes for this Scotch to have all these exceptional flavours.

Called the “Liquid Sunshine”, Glenrothes 12 Years Old is a Speyside Scotch Whisky that brought itself to life! As vivid as it is complex, this dram will surely make your day.

Glenrothes distillery is truly unique. Not just because of their location and their means of production, but also because of the resources they count on to produce one of the best Speyside whisky expressions. This distillery has their own source of water, that is purer as it can get, and distil their spirits slowly in tall copper stills. Is this exact process that makes the whisky fruitier and delicate, as well as bright as spring sunshine.

With a tropical character, the Glenrothes 12 Years Old is matured in sherry casks that gives it its natural colour and make it taste fruitier as a Speyside whisky should.

Flavours – Soft and fruity. Melon, banana, and citrus. Nutty and spicy with notes of oak, hazelnut, cinnamon, clove. Hints of chocolate and vanilla.

The distillery is located at the Northern railway line’s highest point, 600 feet above sea level, and collects its water from the Knockandy Hill natural springs. These conditions are essential to create such amazing drams as the Ardmore Port Wood Finish.

Also matured for 12 years in double casks (European Half Port Pipes and American White Oak Ex-Bourbon Casks), this is a ruby gold and light dram. With fruity and smoky notes, this expression is one that everyone should taste at least once.

Aromas – Fruity with notes of orange, strawberries, and apples. Spicy notes, such as cinnamon and pepper.

Flavours – Sweet and fruity with notes of honey, vanilla, apples, and orange. Hints of smoke balances its character.

Finish – Long and smooth, with hints of honey.