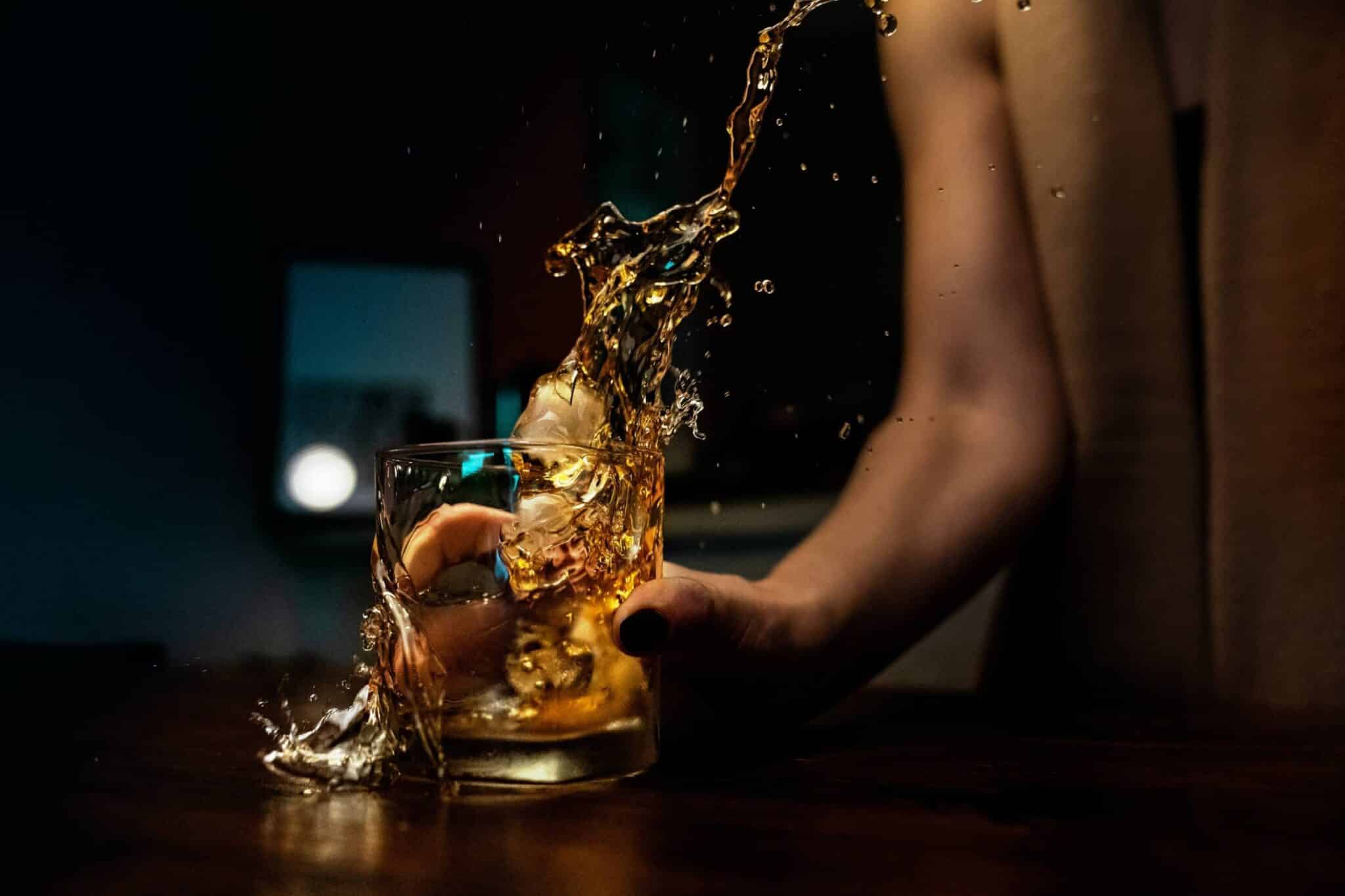 Whisky on the rocks is a classic menu item at many bars and restaurants. The phrase on the rockscrops up frequently in scenes of classic movies, you know, the ones where the cool detective or billionaire orders a drink at the bar while romancing a beautiful lady. But, the drink itself is a matter of controversy in the whisky-drinking comunities around the world.

The Tale behind Whisky on the Rocks

You can trace the phrase on the rocks can back to ancient Scotland, the great-grandfather and inventor of whisky. In the days before ice cubes and freezers, the story goes that a savvy Scotsman could chill his whisky with cold rocks from the river.
These days, many folks drink whisky with an ice cube or two. It might surprise you to find out that this is generally frowned upon in the Highlands where they first distilled whisky.

In Scotland, whisky is traditionally served one of two ways: neat, or with a drop of water. The tradition of adding a drop of water opens the aromatic profile of the drink, bringing out the complexities of the whisky. Very seldom is a whisky ordered on the rocks in Scotland. History considers ‘on the rocks’ an American take on the spirit.

In America, whisky on the rocks became a drink of choice in the 1940s. Before that, Americans frequently diluted their Scotch and other whiskies with fizzing seltzer water and ice in a mixture known as ‘the Highball’.

To increase the popularity of the beverage, whisky brands like the Scottish-owned Famous Grouse promoted the drinking of whisky with ice. As the popularity of scotch without seltzer grew, the ‘on the rocks’ trend became cemented in history.

To drink or not to drink Whisky on the Rocks

To a Scotsman, whisky on the rocks is pure heresy, practically a sin against their heritage, or so they might say. But plenty of folks like drinking whisky with a bit of ice, and there is a good reason for that.

A whisky-drinking purist won’t drink their malt with ice for two reasons: it numbs the mouth and dilutes the flavor. Contrary to the drop of water’s benefit to a finger of whisky, ice prevents the drinker from experiencing the full profile of the whisky. For whisky connoisseurs, that alone is enough of a reason not to add ice.

Get to know options to drink fresher whisky without adding ice, here: https://www.whiskyflavour.com/blog/whisky-on-the-rocks-any-way-you-like-it/

In adition, it’s a fact of life that ice melts. Unless you’re planning on slamming the whisky back in a single gulp, your drink will face the inevitable dilution of melting ice, further reducing the flavor and richness of the whisky.

Keep in mind that the type of water that made the ice in your drink can impact the flavor. Most tap water has fluoride and chlorine in it that influence the flavor of the whisky too. 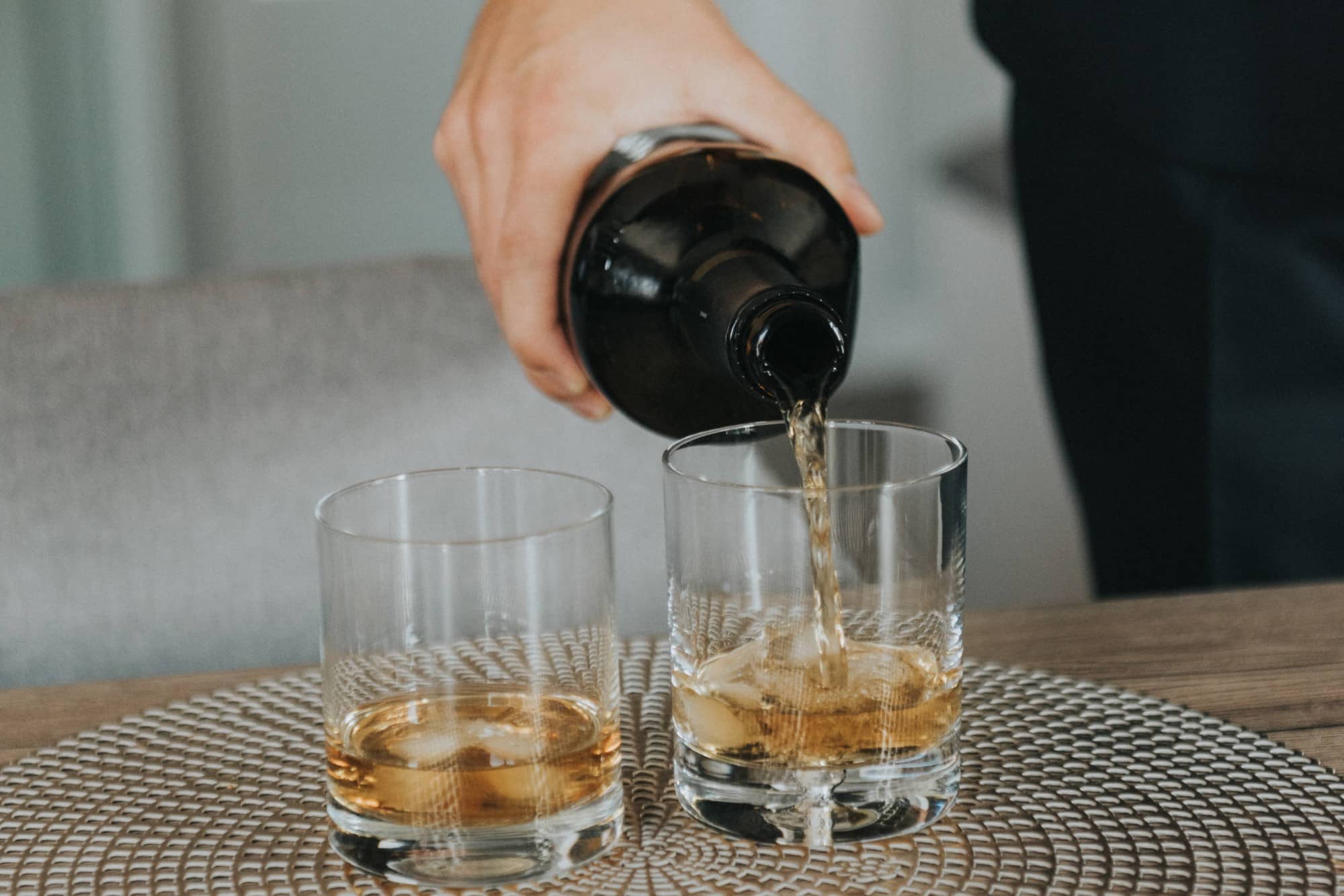 However, this all depends on the reason why you’re drinking whisky in the first place

Whisky connoisseurs and purists would argue that whisky should never be drunk on the rocks, lest you miss out on the full experience. If you’re looking to drink whisky as the distillery intended it, don’t drink it on the rocks.

But, if you’re drinking a cheaper whisky, or just looking for a cocktail that goes down easy, then sure, drink whisky on the rocks. Just make sure the ice is good quality, or you may end up drinking a chlorinated whisky.

It goes without saying that if you’re trying a new whisky, consider drinking it straight or opened up with a drop of water. You may find that you like the taste all by itself. But all the same, there’s nothing wrong with enjoying a finger of whisky on the rocks every once in a while.

Besides, what you drink is your business, so enjoy your drink of choice no matter what the critics say!