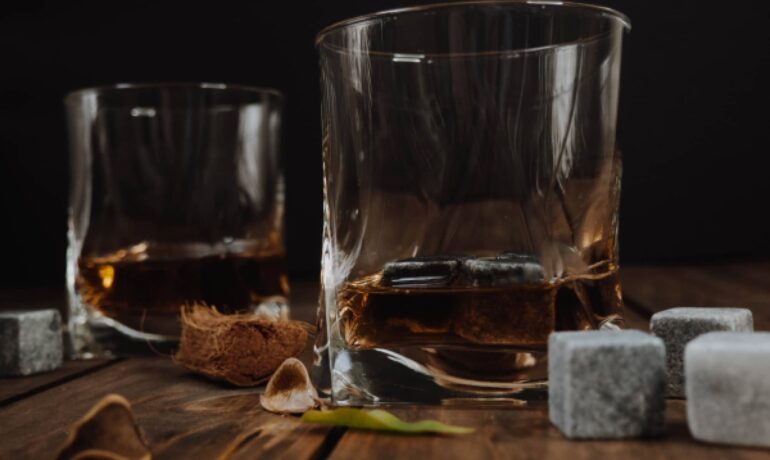 Whether it is James Bond’s Macallan 18-year-old in Specter (a $400 bottle, mind you) or Don Draper’s considerably less prestigious Canadian Club blend – whisky on the rocks is seen as a luxurious way to enjoy one’s beautiful scotch within huge swathes of popular culture.

That’s all well and good – but is it the best way to enjoy the drink? Is it a sign of class and composition, or is it instead an insult to the drams of Scottish lore?

This article is going to comprehensively examine the tradition of pouring your whisky over ice (the proverbial “rocks” in this instance). We will start by summarizing the debate between whether you should or should not, the science (and myths) behind the use of ice and if there are any alternatives that achieve the same effect.

So, if you are looking for a totally thorough investigation of the various pros and cons of drinking whisky on the rocks, then read on! 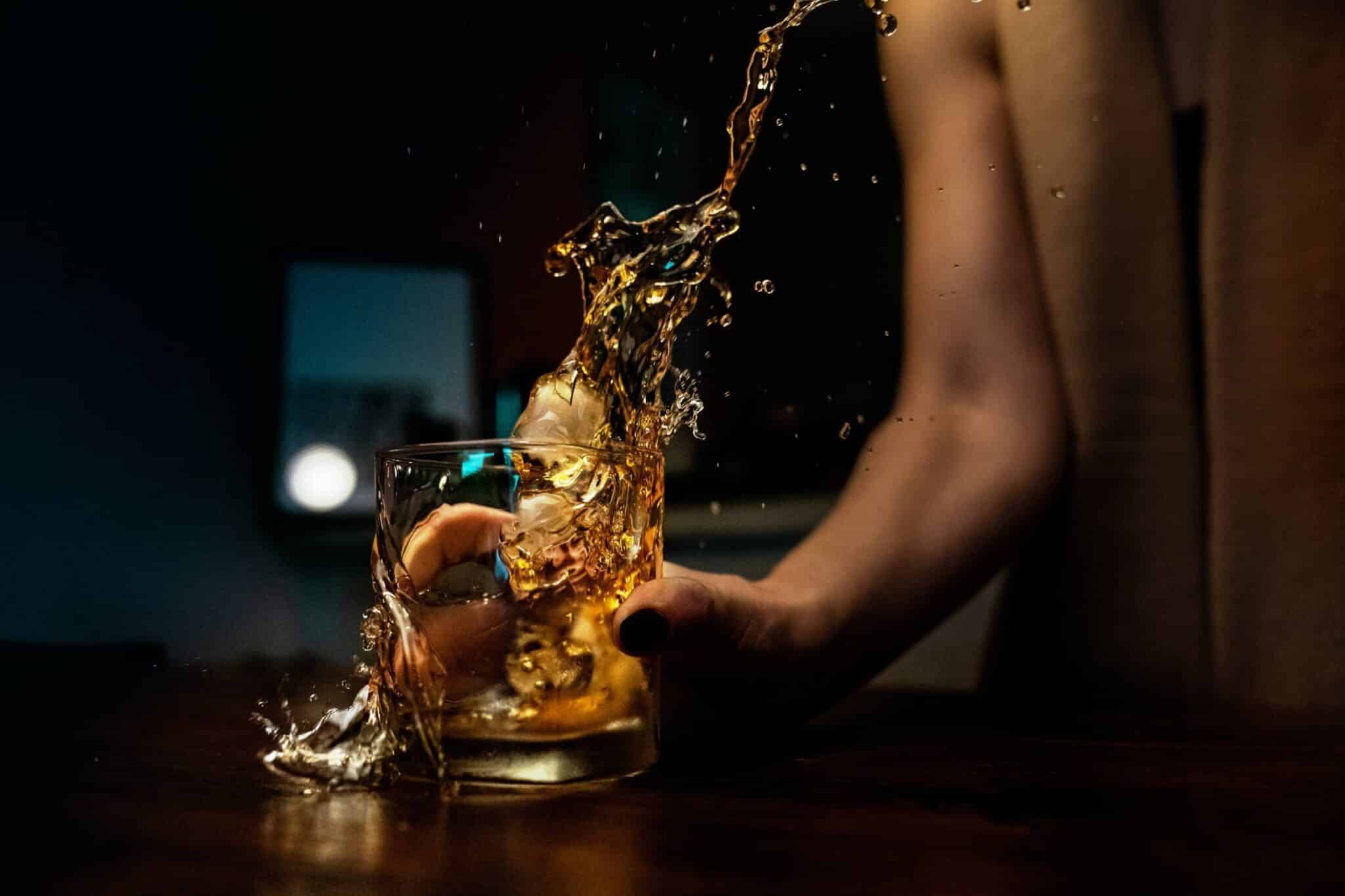 Should you really add ice to whisky?

To say this is a contentious issue is somewhat of an understatement. Unsurprisingly, any actual debate on the topic is mainly relegated to online forums.

The debate around drinking whisky on the rocks or adding ice to whisky mainly revolves around flavor. Critics of the frosty whisky supplement argue that the ice dissolves too quickly, diluting the whisky to an unflattering degree. There is also the argument that the temperature axes the flavor of the drink, as the subtle nuances that a fine scotch dances across your palate are dulled by the cold.

When literal decades of care, labor and maturing are often put into the finest drams, it is understandable to worry about how even the smallest factors might negatively impact someone’s experience of a high-end drink.

There is an aspect of snobbery at play here, for sure. Why are people not allowed to drink their whisky at the temperature they want? Do the master whisky distillers really care if people buy and enjoy the drink they labor over?

The molecular overview of drinking whisky on the Rocks

Well, there is also some science that supports the use of ice in whisky. The chemicals that provide most of the gorgeous, distinctive taste and mouthfeel of whisky are amphipathic molecules, like guaiacol. The study cited above in Scientific Reports discusses the hydrophobic qualities of these flavor molecules – which means they react when introduced to water. That is: something really change when you have whisky on the rocks.

The study uses computational chemistry to investigate if the introduction of water to whisky noticeably changes its composition, or if the adage of water-adding is just alcoholic folklore. Research like that one uncovered that the introduction of a small quantity of water massively excited the chemical composition of the whisky, making the molecules of that beautiful, rounded flavor more apparent to the tastebuds. So, according to science, the water coming from ice will ultimately slightly enhance the flavor, but the question remains:

What’s the best temperature to serve whisky at?

This is a controversial topic. The huge disagreement originates largely from the different kinds of whisky out there.

For example – the notion of “classy” or “fine” whisky is defined by the pop culture we absorb. There is undoubtedly a media monopoly given to the matured single malts of the Scottish Isles, as opposed to American blends like Jack Daniels or Jim Beam, which are generally among the most popular consumer brands in the US.

According to master distiller Nick Savage in an interview with Men’s Health, the cooling of whisky creates a kind of “contraction” in its flavor profile. This effect essentially slams all the whisky’s different flavors together, squishing them into a more homogenous tone.

A distinctive single malt is supposed to dance over your tastebuds, hitting notes of aroma and peat at various points of the drinking process. However, the same cannot be said for blends. Blended whiskies are purpose built to be less nuanced and delicate, but more robust in certain elements. This includes being chilled, so the same contracting effect will not be seen in blends as you might see in single malts.

So, if some flavour notes become more noticeable when having whisky on the rocks, maybe you want to do it for single malts and not so much for blended whiskies. 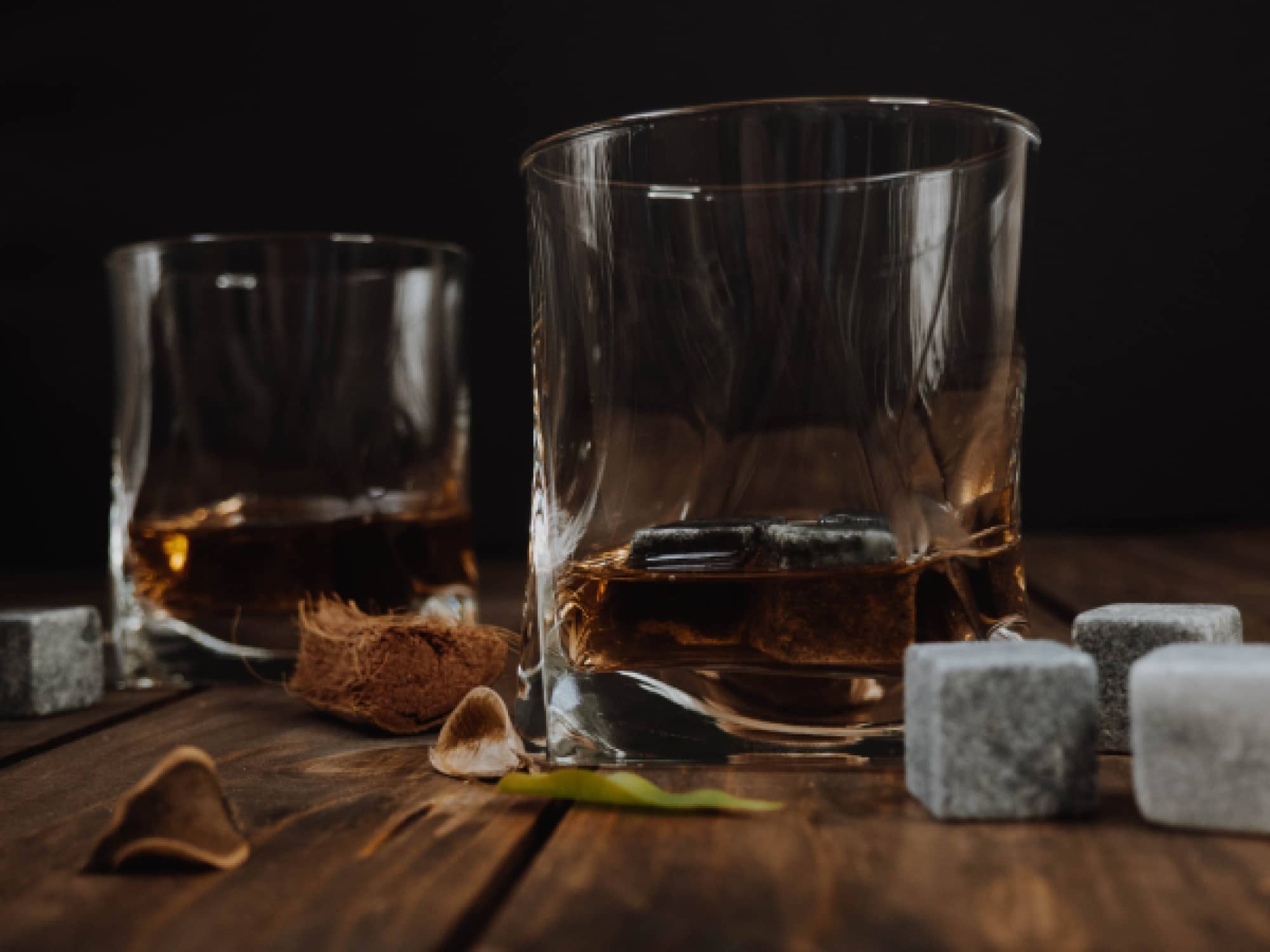 How else can you cool down whisky without ice?

Here are some great options for cooling your whisky without introducing too much water to the process with ice:

Check out what kinds of rocks there is and what are they for: https://www.whiskyflavour.com/blog/whisky-on-the-rocks-any-way-you-like-it/