Every year there are some competitions that vote for the best whiskeys that were launched that same year or even in previous ones. You might have heard about some of them, as the Jim Murray’s Whisky Bible Awards, World Whiskies Awards, San Francisco World Spirits Competition or even the International Whisky Competition.

To tell you which were the Best Whiskey of 2021, we decided to focus only in the last competition and give you a list of the drams that got themselves a gold medal.

Below lists some of the best voted whiskies in 2021:

Continue reading to discover why these expressions were chosen as the best whiskey of 2021.

One of the most important competitions to elect the best whiskey of 2021 is The International Whisky Competition. This annual event held in Chicago sees whiskies blind assessed and scored by a professional tasting panel, the findings of which are subsequently used to develop tasting notes for an International Whisky Guide.

Judges were asked to blind-taste, assess and score each whiskey individually for eight minutes according to the International Whisky Competition 2021 requirements.

These were the point requirements:

The best whiskey of 2021 was Ardbeg Uigeadail since it was named Whisky of the Year, with a score of 95.9 out of 100. In addition to the triumph, Ardberg CEO Bill Lumsden was crowned Master Distiller of the Year, and the Scottish legend also took home the Golden Barrel Trophy. 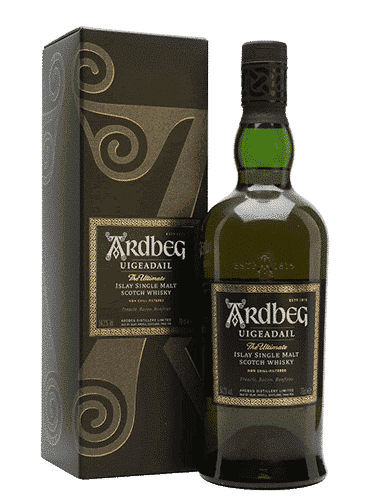 Uigeadail, scoring 95.9 pts and originating from Islay, was elected the best whisky of 2021. It is named after the lake from which Ardbeg gets its pristine water. It is a powerful, peat-driven whisky with flavours of smoke, leather, dried fruits, and walnut oil.

The Ardbeg Uigeadail boasts a flavour of Christmas pudding, glazed smoked ham, and an explosion of clove-driven spiciness on the end, thanks to ageing in both old bourbon and sherry barrels.

Scoring 95.1 pts and located in Highland, Scotland, Glenmorangie Vintage 1997. This is the seventh release in the limited edition of The Bond House No. 1 Collection and spent nearly ten years in ex-bourbon barrels before being moved to Château Montrose red wine casks from Bordeaux’s Saint-Estèphe region.

Last year’s winner in this competition, Dewar’s Double-Double 32-Year-Old, proved it wasn’t a fluke by ranking third in the Best Whisky 2021 category. This blended whisky is completed in Pedro Ximenez sherry barrels, resulting in rich, luscious treacle flavours with hints of smokiness and a silky-smooth finish.

Know more about Dewar’s Whisky, in this article: https://www.whiskyflavour.com/blog/dewars-scotch-whisky/ 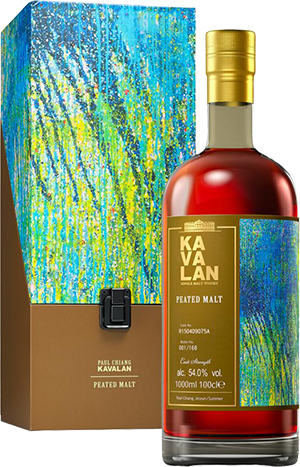 Scoring 94.6 pts and made in Taiwan, this is the first of several Kavalan whiskies to make the top 15, and it’s rather peated artistic. One of the best whiskey of 2021, holds, according to the makers, holds the rewards of labour for both Kavalan and famous artist Paul Chiang and the seeds of fresh development.

Scoring 94 points and made in Taiwan, Kavalan owners King Car developed this single barrel whiskey to commemorate a special occasion. This special edition, aged in “Highly Exclusive” red wine barrels, commemorates the King Car Company’s 40th anniversary. Only a few dozen bottles will be released in Australia after maturing in a single red wine barrel and being bottled at 56.3 percent abv.

Vinho is another award-winning product from Kavalan. It is entirely aged in old oak wine barrels that have been rolled and re-charred in a way that the company claims brings out delicious vanilla nuances in the whiskey. Add a wood covered with a delicate background of rich fruitiness, and you have a solid release.

Dewar’s Double-Double 21-Year-Old is a silky-smooth blended whiskey that has been matured in Oloroso Sherry barrels, giving it “subtle flavours of cinnamon and ripe vine fruits with a silky-smooth finish.” Originally from Scotland, this whisky brew scored 93.6 points and is one of the best whisky of 2021.

Ardbeg’s Traigh Bhan 19-Year-Old scored greatly after winning Best in Show whiskey. Traigh Bhan has become a permanent addition to the Ardbeg stable, although provided in far smaller amounts than the rest of the collection.

This is due to the purposeful concept that each batch is meant to be somewhat different. The 2020 edition focuses on ex-bourbon and Oloroso sherry-aged whiskies, with flavours of “fresh lime, toasted tea leaves, and smoked pineapple.”


Signet, described as the culmination of Glenmorangie’s whiskey producers’ lifetime expertise, is a fusion of some of the stable’s oldest and rarest whiskies matured in designer barrels.

Signet “tantalizes with searing spices, before the sensuous texture of rich chocolate and black deep fragrant coffee produce a true velvet explosion of flavour,” according to Glenmorangie.

Another award-winner, Kavalan Solist Sherry, is aged in Oloroso sherry barrels in limited editions, and each bottle is hand-bottled at the distillery. Even better, this Taiwanese named one of the best whiskey of 2021 has no colouring or chill-filtration, making it clean.

Kilchoman’s Machir Bay, a favourite from one of Scotland’s smaller distilleries, is aged in a blend of Bourbon and Sherry barrels, resulting in a well-balanced combination of rich tropical fruit, peat smoke, mild vanilla, and powerful sweetness.

Arberg returns to the winner’s circle with An Oa, a whiskey characterized as “singularly rounded” as a result of its time in the newly created custom oak Gathering Vat. This method allows the spirit to become acquainted with whiskies from various barrel types, including sweet Pedro Ximenez, spicy virgin charred oak, and powerful ex-bourbon casks.

Aberlour a’bunadh is a single batch single malt distilled entirely in the Speyside area. This whiskey is heavy-bodied and not for the faint of heart because it is straight from the barrel without chill-filtration or alcohol reduction.

Another old favourite rounded out the top 15. Glenmorangie’s Quinta Ruban, 14-year-old, is a powerful non-filtered single malt that is first aged in Bourbon barrels. The spirit is then additionally aged, or ‘finished,’ in Port barrels to create The Quinta Ruban’s chocolate, minty aromas.

Along with the top 15 of the best whiskey of 2021, the International Whisky Competition announced a number of major industry honours. There were no shocks here, but Ardberg managed to sweep the board, taking three of the five main awards following a stellar year and vintage release.

The major award winners from the 2021 International Whisky Competition are listed below:

Honourable Mentions and Other Great Whisky Brands of 2021 You Don’t Want to Miss.

There are several reasons to applaud Bardstown Bourbon Co.’s success in the last few years. They’ve matured their product and displayed the ability to blend it with older stock in their continuing Fusion series. They’ve dabbled more in secondary barrel finishes, such as wine or brandy barrel finishes.

Still, it’s difficult not to be swayed by the complexity of the larger Discovery Series, which functions more or less like one’s distillery infinity bottle, combining younger and older distillate from Kentucky, Indiana, and Tennessee.

Discovery Series #5, which will be released in the summer of 2021, comprises four whiskeys from various mash bills and distilleries. It’s a combination of whiskeys aged 6 to 17 years, bottled at a very low cask strength of 52.35 percent ABV (104.7 proof).

Bardstown Batch offers a beautifully rustic scent of cinnamon fried apples, darker fruit jam, and touches of the typical Beam nuttiness. However, this bottle has less “peanut funk” than many others. There are freshness and corny sweetness relics, but the more vinous black fruit gives it a more mature air.

A burst of sweetness and spice greets you on the taste, with cinnamon brown sugar and gingerbread giving way to hazelnut, dark fruit compote, and hints of sweet espresso roast. On the front end, it’s pretty sweet, but that sweetness is washed away by some considerable oak and tannic dryness on the back end.

The alcohol heat isn’t overpowering, but it does flare up now and again, which is to be anticipated at this proof level. Although it is not one of the best whiskey of 2021, it sure deserved this honourable mention.

On the aroma of this bourbon, one is met with a unique blend of young and more seasoned elements. Freshly baked cornbread blends with light caramel and subtle spices and hints of sawdust, cocoa powder, and bramble fruit.

There’s also a somewhat more savoury, dry herbaceousness and a lack of a severe ethanol sting.

However, it isn’t overpowering in terms of overall strength. It has a complex and subtle nose. The proof is more noticeable on the palate, as it should be at 115 proof.

This is pretty spicy, reflecting both the rye spice of the MGP bourbon recipes and warm, spicy wood that reminds one of the baking spice box attributes found in French oak.

There’s a lot of oak on the palate, but it takes on an exceptionally lighter, toastier character, despite contributing modest amounts of tannin. This more evocative character mixes well with flavours of black fruit, a touch of caramel and vanilla, tobacco, and dried herbs—it reads as sweet at first but then becomes progressively drier on the finish.

Cascade Hollow Distilling, sometimes known as “George Dickel” after their main brand, is a distillery that has suffered from a lack of recognition for far too long. Whiskey enthusiasts typically overlooked their products because they manufactured a cheap, accessible product, but this has changed dramatically in the last several years.

Cascade Moon Edition No. 2 is much more opulent in comparison—you’re paying for the extra age this time since this is a combination of 16-year-old, highly ripe Dickel casks bottled at a moderate 45 percent ABV (90 proof). The price is steep, but you’ll be rewarded with some unique Dickel barrels.