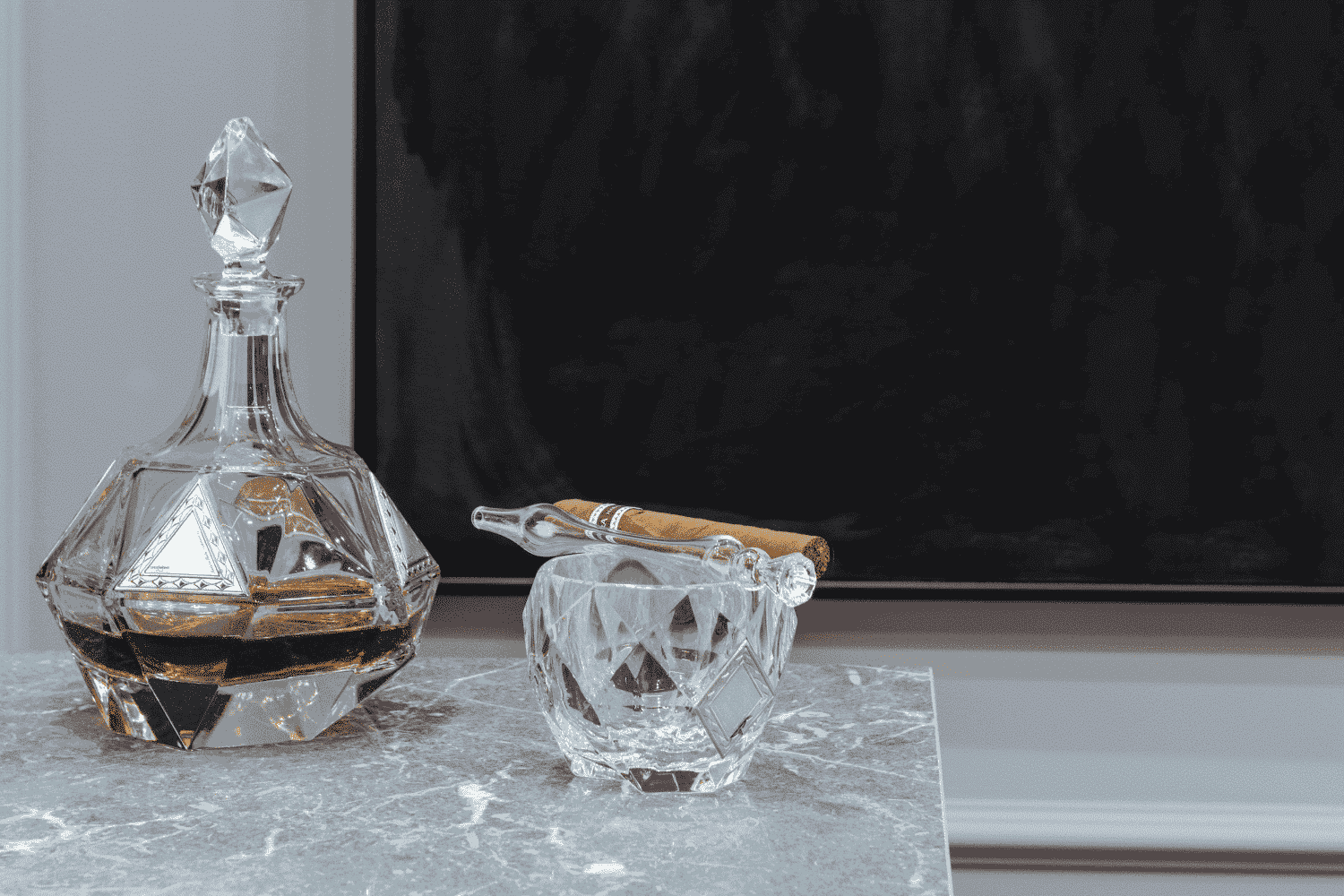 Whiskies that are increasingly hard to find, such as the Dalmore 64 Trinitas for having only three bottles in existence, or the Glenavon Special Liqueur Whisky for being at least 150 years old, are marks of rarity that are coveted by collectors all over the world.

In this article, we will look at our top 10 of old and rare whisky expressions and tell you a little bit about their history. 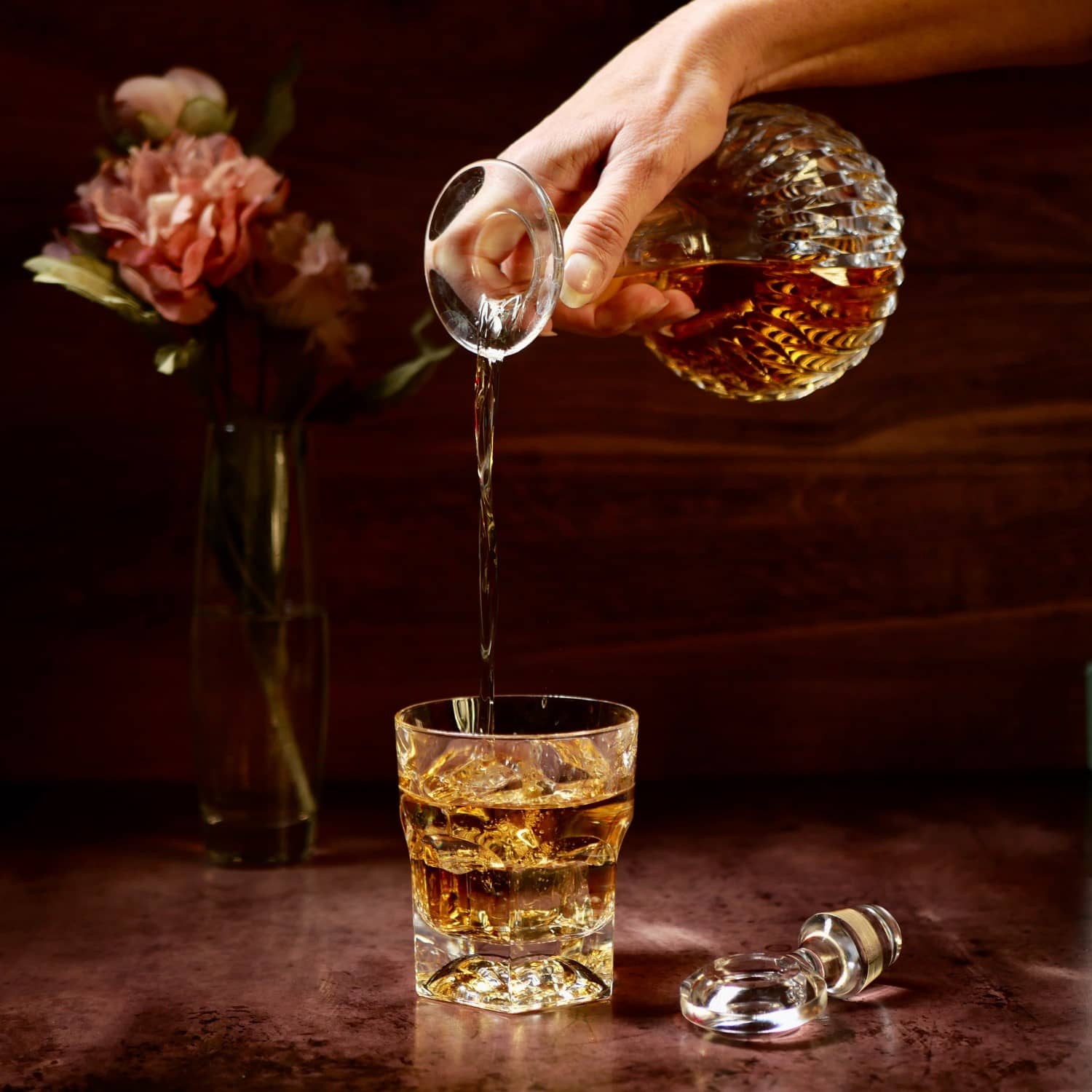 What Does it Mean to be an Old and Rare Whisky?

There are multiple factors that make a whisky rare, but only one for a whisky to be old, as logical. And, as it is also logical, the older and more rare the whisky, the higher it’s cost will be.

Get to know How Whisky Gets Properly Aged!

So, what does it mean for a whisky to be rare? First of all, the rarest expressions are often part of a collectionable range, either by being integrated in a elegant bundle, either by being in a collectible range itself. The batches are part of the reasons too: some expressions are created in small batches and/ or matured for a long period of time, as well as aged in unique and handpicked casks.

The bottling and packaging are also factors that contibute for a whisky to be considered rare, since the number of bottles might be much less than usual.

In conclusion, the more old and rare a whisky bottle is, the more it is a collectible piece, which increases its worth.

What Are Some Tricks of the Trade to Increase a Whisky’s Rarity and Value More?

These are the top ways to increase a whisky’s rarity:

Discover the Top 25 Most Expensive Expressions Ever Made 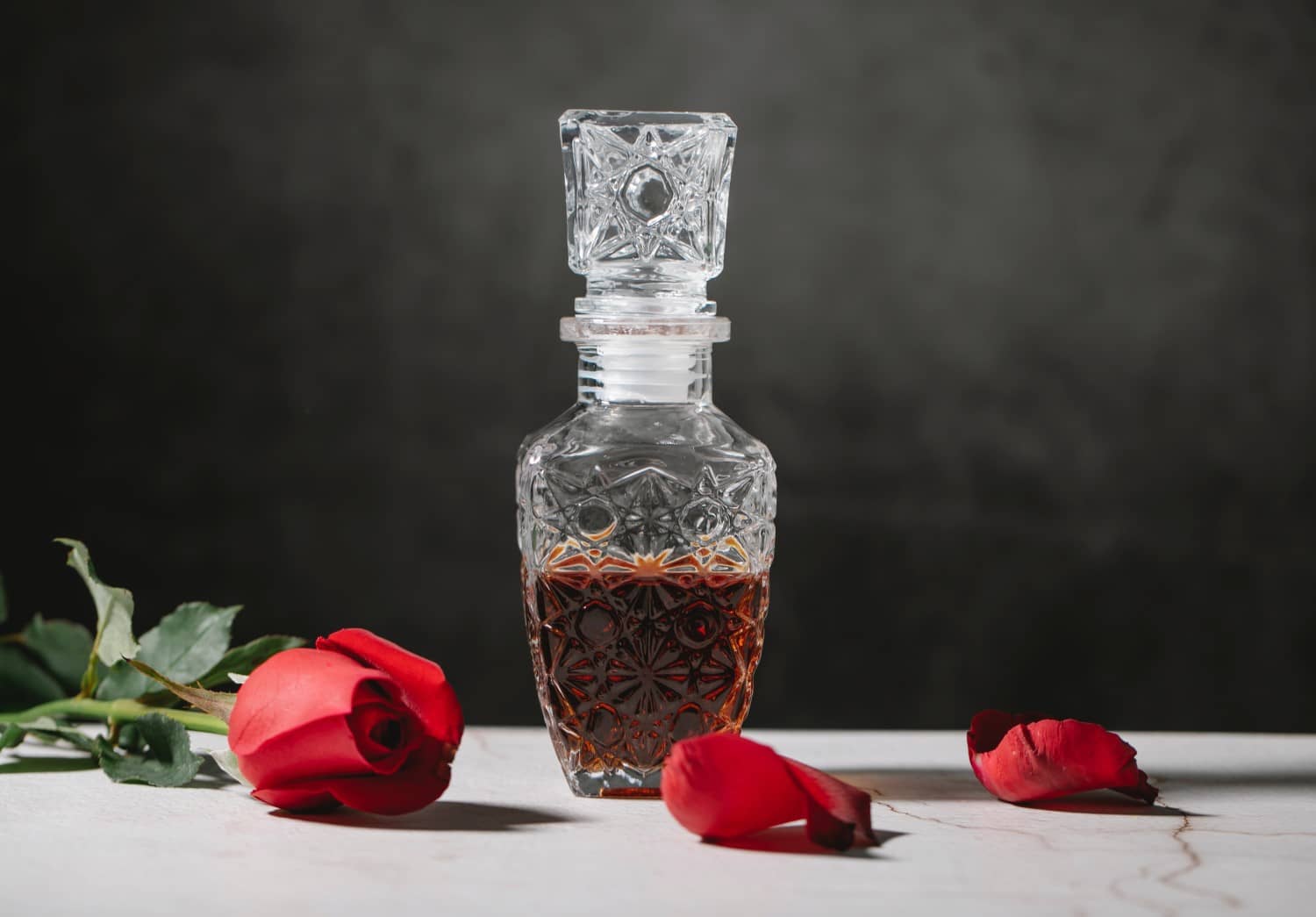 Top 10 of Old and Rare Whisky

Old and Rare Whisky Expressions and What Makes Them Special

Holding the Guinness World Record for the oldest bottle of whisky in existence, this bottle was owned by an Irish family after the Glenavon distillery closed and eventually was auctioned to an anonymous bidder for £15,000, or $19,990. Although the exact date of bottling is unknown, experts estimate it’s between 1851 and 1858. 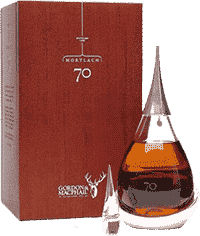 This batch of Mortlach passed through three generations before finally being bottled – 70 years later. Only 54 full-sized decanters were yielded from the cask, labeled under ‘Generations’. All tasters who try it praise Mortlach as ‘top class’ with an exceptional whisky.

With an appearance of polished mahogany, the aroma is described as mellow, waxy, fruity, with cherries in Madeira cake, flaked almonds, and whin flowers.

Mortlach’s taste is surprisingly lively with a smooth, waxy mouth feeling. It starts out sweet and then becomes dry, but not acidic. There are notes of dried fig and tobacco with a light smokiness. The finish is very long, with the first hints of oak.

A taster remarked that whiskeys with no traces of wood taste are very rare nowadays, especially with attributes of waxiness and smokiness. These aspects were more popular before the 1960s. 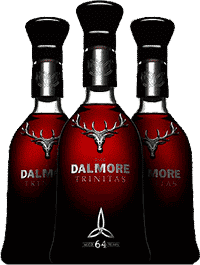 Only three bottles of the Trinitas were ever made, containing spirits from 1868, 1878, 1926, and 1939, masterly blended to make this whisky as exceptional as it is rare. It became the first bottle to sell for six figures in October 2010 and is currently being sold for $160,000 a bottle.

It has aromatic notes of sweet raisin, coffee, walnuts, orange, grapefruit, and sandalwood. In the taste, there are sultanas, figs, oranges, apples, mangos, and dates. In the finish, there are notes of truffles, walnuts, and muscovado sugar.

Only 267 bottles of this rare whisky were ever made, making it a limited run of single grain malt scotch whisky with a rare age of over 50 years and matured in bourbon casks. Originally bottled by the Cambus distillery, most of the buildings for this whisky were destroyed in the September 1914 fire, causing the distillery to be closed permanently. 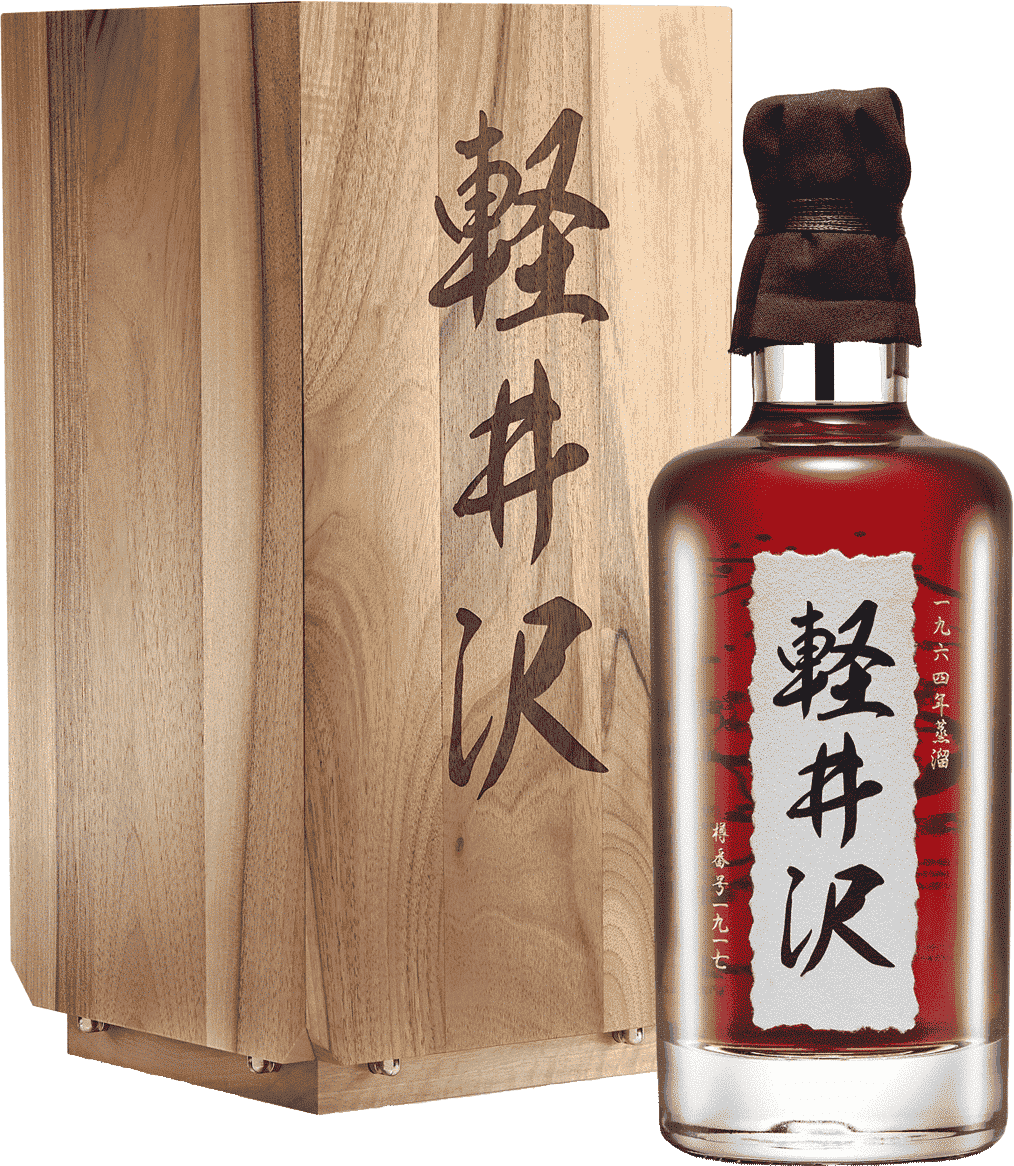 Aged for over 48 years in a sherry oak cask, this is one of the oldest expressions from the now-closed Karuizawa distillery. It was originally laid in a traditional dunnage warehouse before being bottled. Only 143 of this elusive whisky were bottled at cask strength, each numbered and placed in a decorative wooden box.

The color is dark copper with a nose of cherries, candied orange zest, eucalyptus, cigar humidor, mild spices, and an earthy note.

The palate is filled with a fruitiness that is even fresher than what was in the aroma, with lime, kumquats, red currant, and mild bitterness. There are also light notes of tea and spice. Ending with a long finish, the taste has fruits, spice, and light smoke. 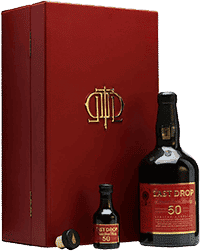 Initially blended from over 50 different scotch whiskies in 1995 with an already impressive age of 30 years, this whisky was then transferred to Oloroso sherry hogsheads that laid in a traditional Lowland warehouse for another 20 years before being bottled into 898 individual whiskies.

Celebrity Jim Murray rated this whisky in his whisky bible competition, giving it first in the Liquid Gold Award, and naming it as the winner in the Scotch Blend of the Year in 2016.

The aromatic notes of this whisky are described as soft with elegant whiffs of cedar, honey, and rye toast touched with sweet smoke and brandied cherries. The palate is chocolate-coated with strawberries and plums, cinnamon, spices, licorice, and truffle. The finish is described with exotic spices, orange peel, back currant, and aromatic oak. 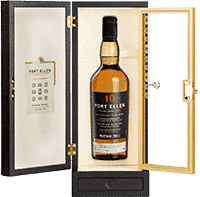 Matured in nine casks with four centuries of spirits in its wood, Port Ellen offers 1380 bottles of a limited edition single malt. Its aroma is described as grassy with burnt orange, smoke, caramel, roasted coffee, and peach compote. The palate is filled with rich bonfire smoke, tobacco, leather and oak. 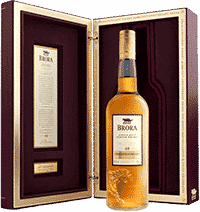 To celebrate Brora’s 200th anniversary, this exceptional whisky was matured for 40 years in American oak hogsheads, this is a coastal malt of only 1819 bottles.

The nose is described as sweet, peaty, smoky with toffee, fruits, figs, and raisins. The palate is smooth, winey, and fruity with figs and dates, spice and smokiness, with a long finish that has notes of white pepper, water, sweetness, mint-cool, and a drying effect. 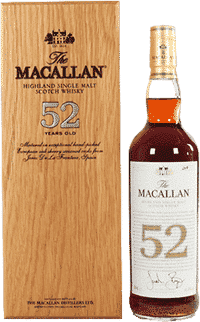 Having matured for at least 52 years, 250 bottles were drawn from a first-fill European sherry oak cask from one of the best distilleries in Speyside.

The aromatic notes of this rare whisky are vanilla with a hint of spice, ripe black currant, peat, and a rich body. The taste is described as sweet oak vanilla, fudge, and toffee with peppercorn, warmth, and citrus sweetness. The finish is long and slightly dry.

21 whiskies bottled at cask strength make up The Dalmore Constellation 1966, making this an exceptionally rare single malt, aged in some of the world’s finest casks.

Whisky is as collectible as it is savory, and with collectors buying and selling the world’s rarest and oldest whiskeys, it’s easy to find information on the legacies these whiskies offer.