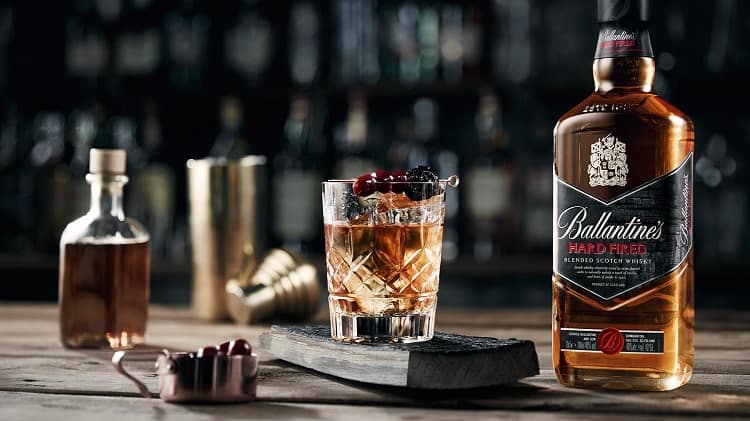 Blended Scotch whiskeys seem to have lost their luster in the marketplace. They are often looked at as inferior to single malts. An understandable misconception. We thought it appropriate to give this family of blended whiskeys a closer look.

The rich history of Ballantine’s began clear back in 1827 when George Ballantine opened his grocery store in Edinburg Scotland. Eventually opening a larger store focusing on wine and spirits. He started mixing his own blends, which increased demand.

His second son, George Junior, took over this operation in 1881 and it was sold in 1919 to Barklay and McKinley. The brand grew and prospered through several changes in ownership until the current owner Pernod Ricard, took over in 2005.

Ballantine’s was one of the first scotch whiskeys marketed successfully to Europe. It maintains a strong following there as well as in Asia. In 1986 Ballantine’s was recognized as the number one brand in Europe as well as the third best-selling in the world.

Special malts from Miltonduff and Glenburgi are blended with 50 single malts, and four single grains are each aged a minimum of three years to create its unique flavors

They produce several whiskeys of varying ages and characteristics. The most widely recognized is Ballantine’s Finest. This award-winning, entry-level product delivers well beyond expectations.

A smooth, slightly sweet vanilla flavor with a bit of peat and spice. You will notice a light, musty peat on the pallet. This soft, sweet whiskey has a warm finish, which is sweet and even. It is bottled at 40% ABV and is available for under $20. A surprising price for such a fine whiskey.

This proprietary blend of locally sourced 12 your old Scotch whiskeys has a light, Sherry, fruit and mixed nuts nose with a hint of smoke and roasted coffee bean. It is creamy on the pallet with smoke, honey, and has a touch of pepper, cloves, and butterscotch on the finish. Bottled at 40% ABV and available for under $30.

Following the same protocol as their 12-year-old version, it is made with select 17-year-old scotch whiskeys. In the 2011 Whiskey Bible it was named World Whiskey of the Year. An astonishing achievement for a blended Scotch whiskey.

The nose is floral with refined honey, vanilla, apple cider and a hint of smoke. Delivering a milky texture and vanilla on the pallet with some malt and a lemon tang towards the end. Honey returns to the long finish with a touch of wood.  Available at around $75, it is bottled at 43% ABV.

Created with select scotch whiskeys aged 21 years in European oak casks, this exceptional blended Scotch has a complex and elegant flavor profile. The nose is sweet with juicy apples, oranges, peaches, apricots, a whiff of floral, and spicy tones. On the pallet, you will find honey, berries, a slightly nutty flavor, and sweetness. The long finish is pronounced yet mellow with a touch of smoke and more fruit flavors. This surprisingly complex blend is 43% ABV and costs about $100.

Another unique blend from Ballantine is their 12-year-old “Pure Malt” which may take some effort to locate but is worth the try for its unique place in scotch whiskeys.

Two other blends of interest are Ballantine 30 year and 40 year. Both are blended with their own select whiskeys aged 30 and 40 years, respectively. Their complex and smooth characteristics go without saying.

But all of that waiting has a cost. You should easily be able to locate a bottle of the 30-year variety. Pricing for this elixir can run from several hundred dollars to something over $1000. Depending on your spending habits, this beauty would be a joy to own.

If you want to try Ballantine’s 40 year, you are going to have to do some digging. Both in the marketplace and your pocketbook as this one will run you several thousand dollars.

Hopefully, this inspires you to try one of the many award-winning Ballantine scotch blends. One thing is clear, for a blended Scotch whiskey, the Ballantine family has a track record and a product line that deserves your attention.