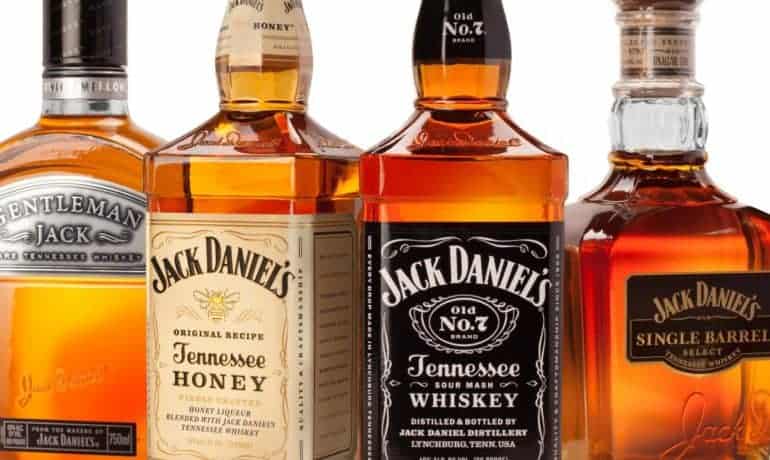 When it comes to whiskey, spirits enthusiasts everywhere know the tantalizing tastes of Jack Daniels flavors. Whether it’s the classic Old. No. 7 or the sweeter Tennessee Rye, the legendary distillery’s products definitely deliver. Take a look at the different options to add to your tasting list the next time you have a moment.

Matured in hand-crafted barrels, Old. No. 7 is the the signature Tennessee whiskey and the first brilliant creation by founder Jasper Newton Daniel. Today, the process entails fermenting a mash of corn, barley and rye and then distilling before being mellowed through 10-feet of sugar maple charcoal until the tasters decide that batch of “Jack,” aka “Black Label” is ready based on its aroma and appearance. For many whiskey lovers, it’s a bar must-have.

Boasting subtle notes of caramel and spice, the Single Barrel Select is known for its standout flavor. Ideally, this whiskey is best enjoyed neat and savoring with a few good friends.

Although the main ingredient is in the name, Tennessee Rye has been described as dry and oaky, with interesting tastes. Specifically, some say they have noticed hints of cherry and hay in this whiskey that has been crafted with the distillery’s 70 percent rye grain bill and natural spring water from Cave Spring Hollow. The end result is a fine spirit that is both spicy and complex, and one of the most famous Jack Daniels flavors that serves well on the rocks. When in the mood for a creative cocktail, mix the Tennessee Rye with ginger for a dazzling drink.

Apparently this whiskey definitely lives up to its name and goes down super smooth. Credit the balanced flavors of Gentleman Jack to the double charcoal mellowing. Subtle tastes of vanilla, caramel and almond make for a pleasant drinking experience. This one is best enjoyed neat.

This original recipe offers a departure from the other Jack Daniels whiskey products. An original recipe, it is finely crafted with honey liqueur and Jack Daniels Tennessee whiskey for a naturally smooth sweet finish. People who have tried it say that is lighter and has sugar maple undertones. It certainly stands out as one of the interesting Jack Daniels flavors. If you’re wondering what kind of cocktail to make with it, just add lemonade for a refreshing drink that is perfect for outdoor gatherings.

Red hot cinnamon liqueur is naturally infused with Old No.7 to create Tennessee Fire, a bold whiskey that has a spicy kick and smooth finish. Under all that rich flavor is the taste of brown sugar. Adventurous drinkers should keep this one in mind when trying to decide on one of the Jack Daniels flavors. The distillery recommends following up a shot of Tennessee fire with a cold pint of hard cider for your very own “Fire Extinguisher” recipe.

Honoring whiskey aficionado, Jack Daniels loyalist and the legendary entertainer known for singing Fly Me to the Moon, Sinatra Select is enhanced with greater exposure to oak in the “Sinatra Barrels,” resulting in a refreshing original that boasts brilliant smoky flavor followed by a distinct vanilla taste. Fans say that they noted butterscotch notes and hints of orange zest as well. As for how to drink it, add three ice cubes, two fingers of whiskey and a splash of water, just like Old Blue Eyes would enjoy it.

So there you have it, just a few of the Jack Daniels flavors. Which of these whiskeys are you going to try next, and if you’ve tried them all, which one is your absolute favorite?