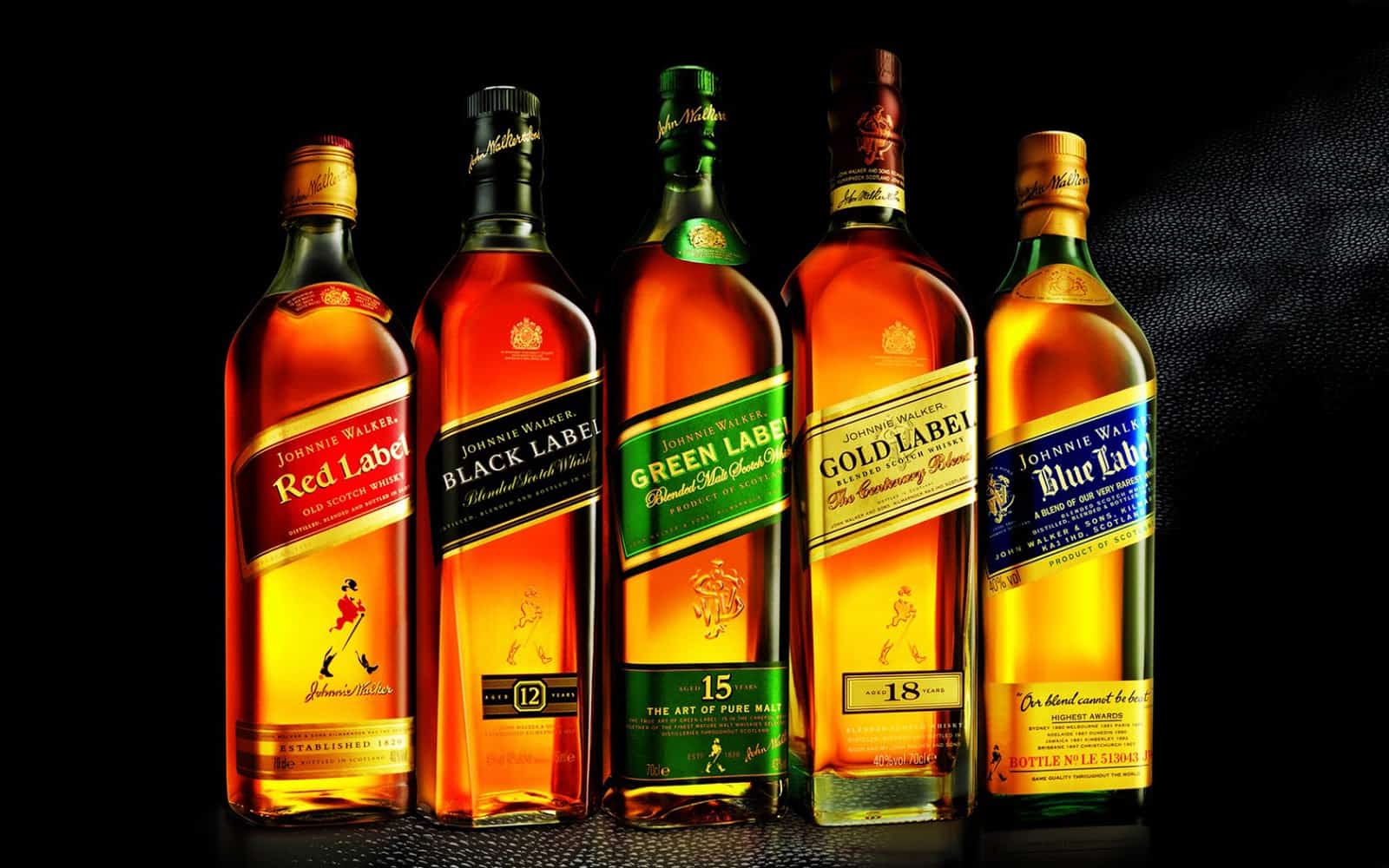 Johnnie Walker is considered by many to be some of the best Scotch whisky available on the market today, and it’s really easy to see why.

In existence for more than 200 years, you just can’t produce this kind of longevity without putting out a quality product. Today, this distillery enjoys the largest distribution of Scotch whisky in the world. It’s become one of the most important exports in Scotland, and certainly the entry point for a lot of people into the world of scotch.

At the same time, getting started with Johnnie Walker can be a bit of a headache and hassle – if only because there are so many different colored labels to pick and choose from!

Different colors represent different styles and different levels of this Scotch whisky, and you’ll want to know exactly what you’re getting into when you decide to get your hands on a bottle for a sample of this spirit.

Below will cover some of the most important Johnnie Walker labels you’ll want to keep your eyes peeled for!

The least expensive of all the label options, JW Red is the perfect entry into this style of scotch.

It is a blend of 35 different grain animal whiskys collected in Scotland and distilled by the JW brand, mixed together in an effort to create something completely unique, something completely separate from what could ever be accomplished with a single malt, and something that few other brands have been able to come close to replicating or duplicating.

A step above JW Red, JW Black contains between 30 and 40 different malts and is much more upfront and much less refined than some of the other labels available from this distillery.

This is a 12-year-old whisky that is very upfront and almost in your face about its flavor and its nose, and is nowhere near the kind of scotch that you never want to mix into a cocktail but instead a scotch that you’d want to sip and savor.

JW Gold used to exist, was discontinued, and has been brought back into the fold in 2012 and is one of the softest, more subtle, and almost understated scotch whiskies made by this distiller. The distillery recommends you drink it well chilled and right out of the refrigerator, and it is (by all accounts) a picture-perfect sipping whisky.

Platinum was released by Johnnie Walker just a few short years ago, sitting just behind the “king of them all” in the Blue Label – something we will touch on in just a moment – as far as price and overall quality are concerned.

This is an 18 year scotch with plenty of age behind it, and a lot of people prefer this particular label over almost all others, with the sole exception being the Blue Label. Smooth, smoky, and bold up front but with a very clean finish this is really something special.

Industry experts and insiders state that the malty heart and foundation of this incredible example of Scotch whisky comes from a distillery known as Royal Lochnagar – a distillery that has a legendary reputation for producing creamy, floral, and very light on the peat scotch that is amongst the very best of the best in the world.

Other blends find their way into this incredible option (and the brand is very tightlipped about which ones make it into the Blue Label), but at the very least this is an 18-year-old scotch that has been known to set people’s hair on fire and change the way they look at scotch completely the very first time that they try to drop out of the Blue Label bottle.