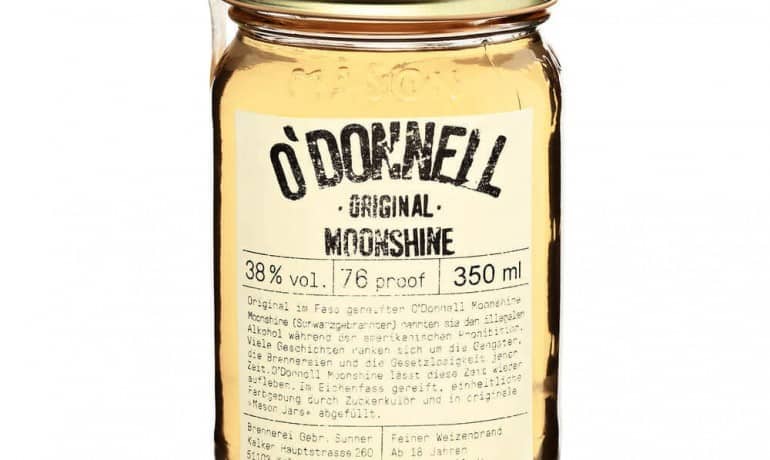 Contrary to what most people may believe, Germany is some of the great whisky producers worldwide. With hundreds of distilleries, german territory is fertile in distillate beverages, from the steinhäger to whisky. There is great variety regarding german whisky, and the supply is very diverse.

At the time of prohibition in US whisky production was forbidden and so were its consumption, so whisky started being called by the term moonlight. Since it was forbidden the illicit whisky production mainly occurred at night, hence the name moonshine. The german whisky O’Donnell Moonshine Original brings back that tradition, applying the same techniques and original ingredients, with a few innovations.

The O’Donnell Moonshine whisky distillation process uses traditional techniques from the prohibition times. However, this modern version is aged in barrels, allowing a more interesting and complex flavour.

Produced from wheat, this German whisky offers a unique experience not only for its flavor.  It is bottled in glass jugs, looking very similar to the moonshine whisky sold illegally almost 100 years ago.

Being a German whisky aged in oak barrels for two years, there are already some aromas of wood. In addition, it can be noticed the taste of green apple and hay, as well as an end marked by a touch of caramel and vanilla.