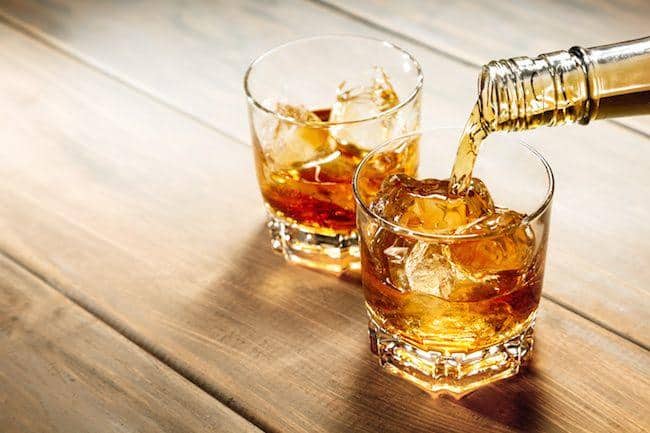 Does whisky make us gain weight?

Concerns about health, well-being and weight is becoming more prevalent in recent times. The calories of food, the imbalance of meals and the mischief that are found in some of the products consumed, are some elements that have been given more importance and attention. As such, it is natural to look at alcoholic beverages, not only as a pleasure, but also as another factor destabilizing your weight control. If you are a good whisky lover and are worried if a drink will ruin your diet, this post is for you.

How much calories do a glass of whisky have?

According to the United States Department of Agriculture, every dose of whisky, has approximately 230-296 calories. The variation occurs according to the alcoholic strength of the beverage. That is, the more alcohol, the more calories the dose has.

As you can see, one dose of whisky actually has a relevant amount of calories. And if drunk in excess, can ruin all efforts of a balanced diet. However, for anyone who tastes this drink with moderation, 230 to 295 more calories will not make you fatter.

One of the arguments used to prefer fermented beverages to distilled spirits, such as Irish or Scotch whiskies, is that they are less caloric. And really, both wine and beer have a smaller amount of calories. However, this argument goes completely down the hill when analyzed the amount ingested. Generally speaking, in moderate consumption, the quantity of beer or wine consumed is always much greater than the amount of whisky. That way, it cannot be said that whisky is worse for the diet because the fermented drinks are consumed in greater quantity, therefore, with greater intake of calories.

The most important thing is to enjoy a good whisky is in a moderate and responsible way.