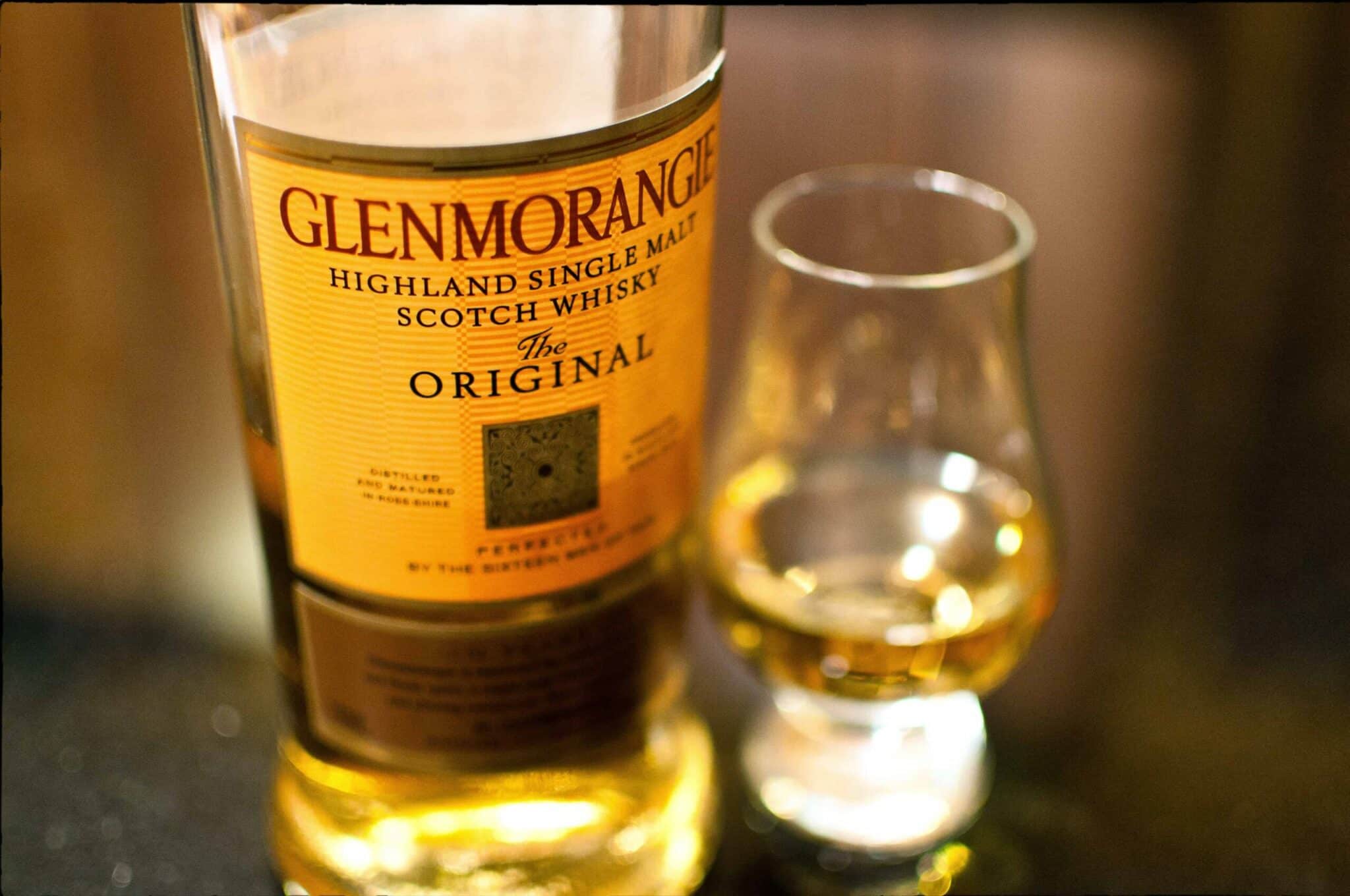 Glenmorangie has a rather old history, having started the production of its Scotch whisky in 1738. Initially started with a small production at the farmhouse Morangie, and more than a century later, it evolved into a large company, the Glenmorangie Distillers Company. In a very brief way, this is the history of the distillery that brings us the Glenmorangie Original 10 Years.

The Glenmorangie Original 10 Years is a Scotch of light color, being especially known for its aroma. Not too full-bodied and too easy to drink, this whisky has aromas that have already made it compared to some of the best fragrances in French perfumery. A specialist in perfumery scents, on a test, was able to identify more than 20 scents in this Scotch, standing out the wild mint, cinnamon, almond, vanilla and bergamot.

The Original 10 Year Glenmorangie is a fairly mild Scotch whisky, with a flavor that is characterized by being dry, citrus and medium aftertaste. In the opinion of several experts, the tasting experience of this whisky improves even more with ice. The aftertaste lingers, and the whisky gets softer and fresher. In other hand, the water makes the aftertaste last very little time. One of the most important factors in defining the flavor of a Scotch whisky is the oak barrel.

As mentioned above, the Glenmorangie Original 10 Years is a whisky with very diverse aromas, and with very defined floral notes. It is soft, delicate and very fragrant, with a vanilla and honey flavor, aromas of almonds and citrus fruits, and a prominent presence of wild mint. Adding ice is certainly a positive influence, helping make the aromas softer and more defined.

Have you ever tried this Single Malt Scotch? Tell us your opinion!