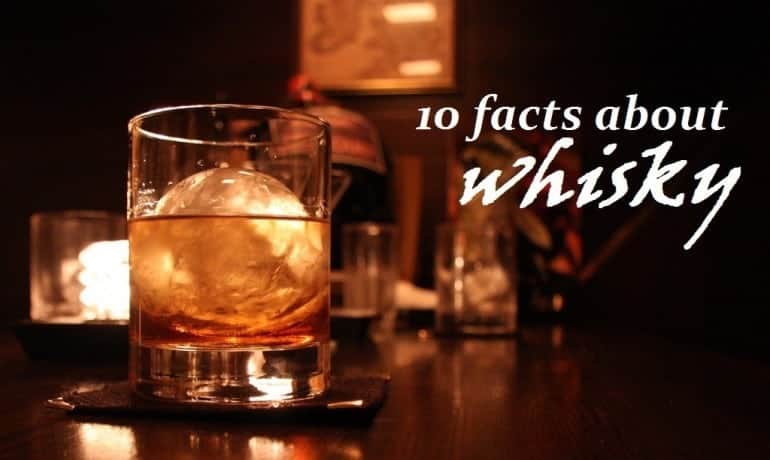 Whisky is currently one of the most recognized and appreciated beverages in the world. Being such a universal beverage, it is natural that there are several stories and curious facts about it.

1 –  There are now close to 20 million barrels of Scotch aging in the distilleries of Scotland.

As this drink requires several years, sometimes decades aging, to become a true scotch, there is always a very large number of barrels filled.

2– No one really knows when production of Scotch started.

Although the first records of its manufacture date from the fifteenth century, the actual date that has arisen is not yet known.

3 – Scotch whisky is the best-selling whisky in the world.

Scotch sells 3 times more than the second most sold whiskey.

4 – There are more than 40,000 jobs, both direct and indirect, related to the whole Whisky industry in the UK.

It is indeed a huge industry and a very big impact on economy, especially in Scotland and Ireland.

5 – In China, Scotch is drunk with iced green tea.

Or in Recife, Brazil, some drink it with coconut water on the beach. In Spain and Portugal, there are lovers of this drink mixed with Coke. There are many forms of drinking whisky besides the usual way. The most important is that your beverage always be a pleasant experience.

6 – France is the country that imports more Scotch.

According to the Scotch Whisky Association, French folks consume more Scotch in a month that cognac in a year. However, despite France being the biggest importer, regarding the amount of Scotch consumed per person, Greece is the world champion.

7 – Dylan Thomas, the famous Welsh poet, had his death for many years explained by excessive intake of Scottish whiskey.

And indeed, this poet, who died with only 39 years in 1953, had confessed to a friend a few days before his death, he had drunk 18 whiskies that same night. It is really too high a dose. After his death, the causes given were pneumonia, liver problems and brain edema. However, it is known that the real reason of his death was the fact that they treated the vice of drinking, forgetting to do the same in relation to pneumonia.

8 –  New Zealand, being a former colony of Britain, had been a major production of whisky.

The Willowbank region was the area for whiskey excellence in New Zealand, producing a famous single malt called Lammerlaw. However, the distillery responsible for this whisky closed in 1997.

9 – Amongst some of the most famous lovers of whisky are the distinguished Clark Gable, Queen Elizabeth II, Mark Twain or Winston Churchill.

10 – Whisky when proper sealed, survive many more years than a human being.