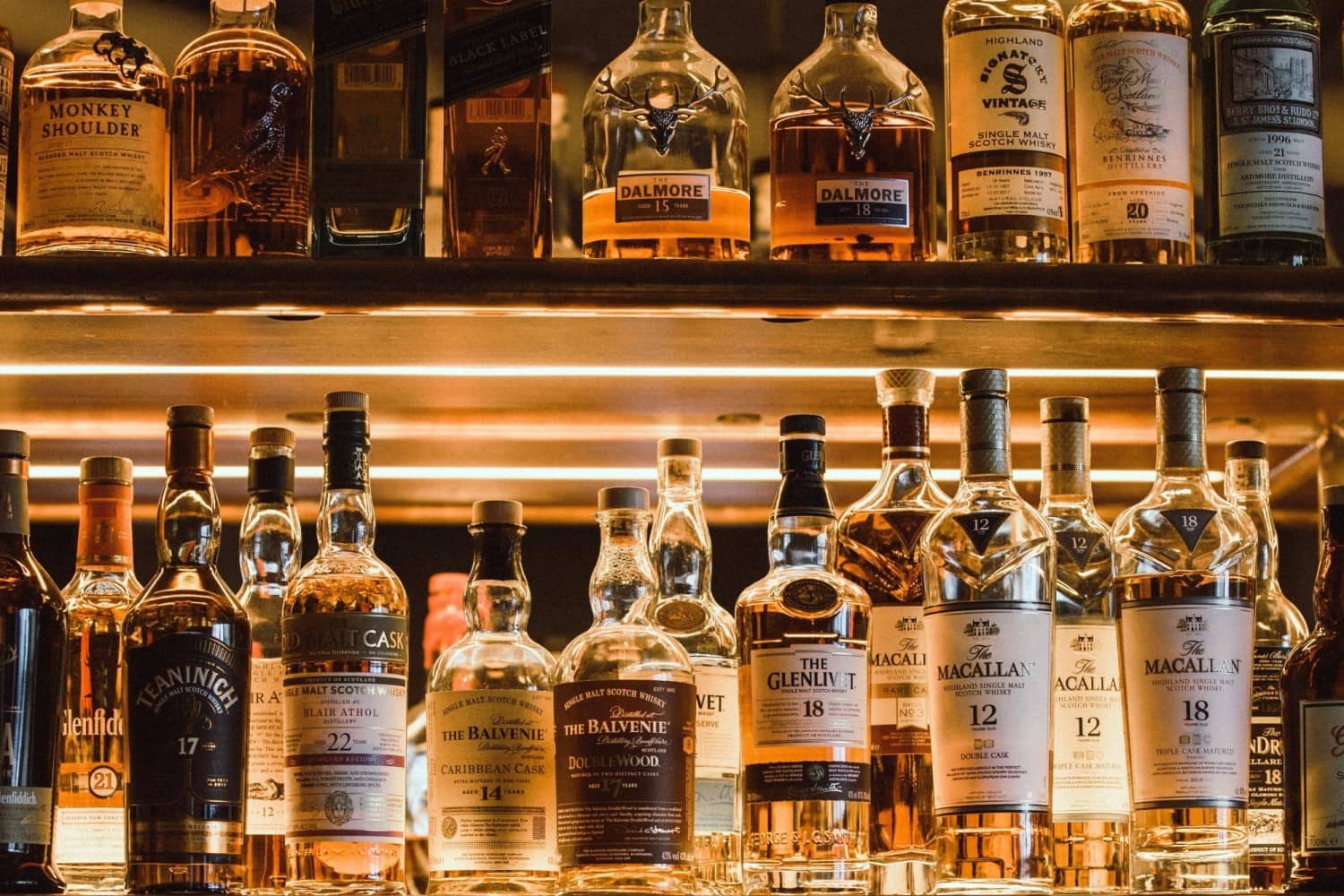 While taste is subjective, there are a few characteristics that separate the good whiskey from the ordinary. Complexity of flavor, quality ingredients, distilling methods, smoothness, aging, and more all contribute to making whiskey “good”. Ultimately though, the answer to the question “what is a good whiskey” is: one that you like and enjoy drinking.

Let’s take a look at all of the factors that go into making even just one sip of whiskey an enjoyable experience. Hopefully, after learning what goes into whiskey making, you will be an authority on the question, “what is a good whiskey?” 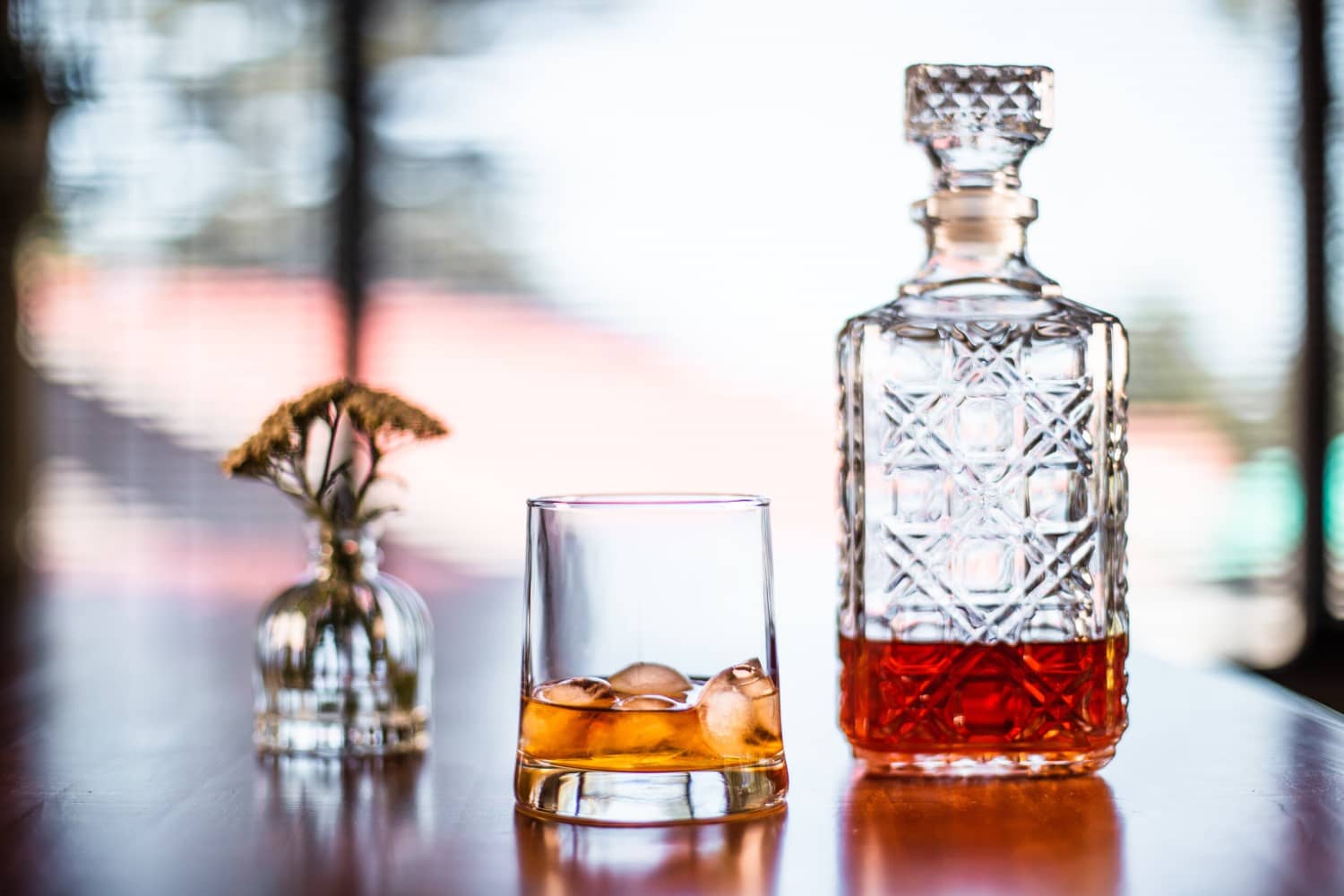 What is a Good Whiskey?

A whiskey with a lot of complexity would mix into a cocktail of course, but you would be missing out on all of the subtleties of flavor that have been carefully crafted into each batch.

There are many things that contribute to the flavor profile of a really good whiskey.

What are the flavor families of whiskey?

There are 8 flavor families in whiskey that break down into their own subcategories. Having knowledge even just of what these families are can help you to identify notes of complexity in a whiskey. Here are the families and their subcategories.

Now, some of these flavors don’t sound like they would be good on their own, but you would be surprised at how offbeat flavors can blend together to create a delicious whiskey.

It is also totally normal to start out with whiskeys that have more of a fruit flavor or to stray away from stronger flavored whiskeys. In your quest to find out what is a good whiskey, you should try a variety of flavor profiles, but as always, it’s all about what you like!

Get to know the Top 11 of The Best Scotch for Begginers: https://www.whiskyflavour.com/blog/best-scotch-for-beginners-ultimate-guide/ 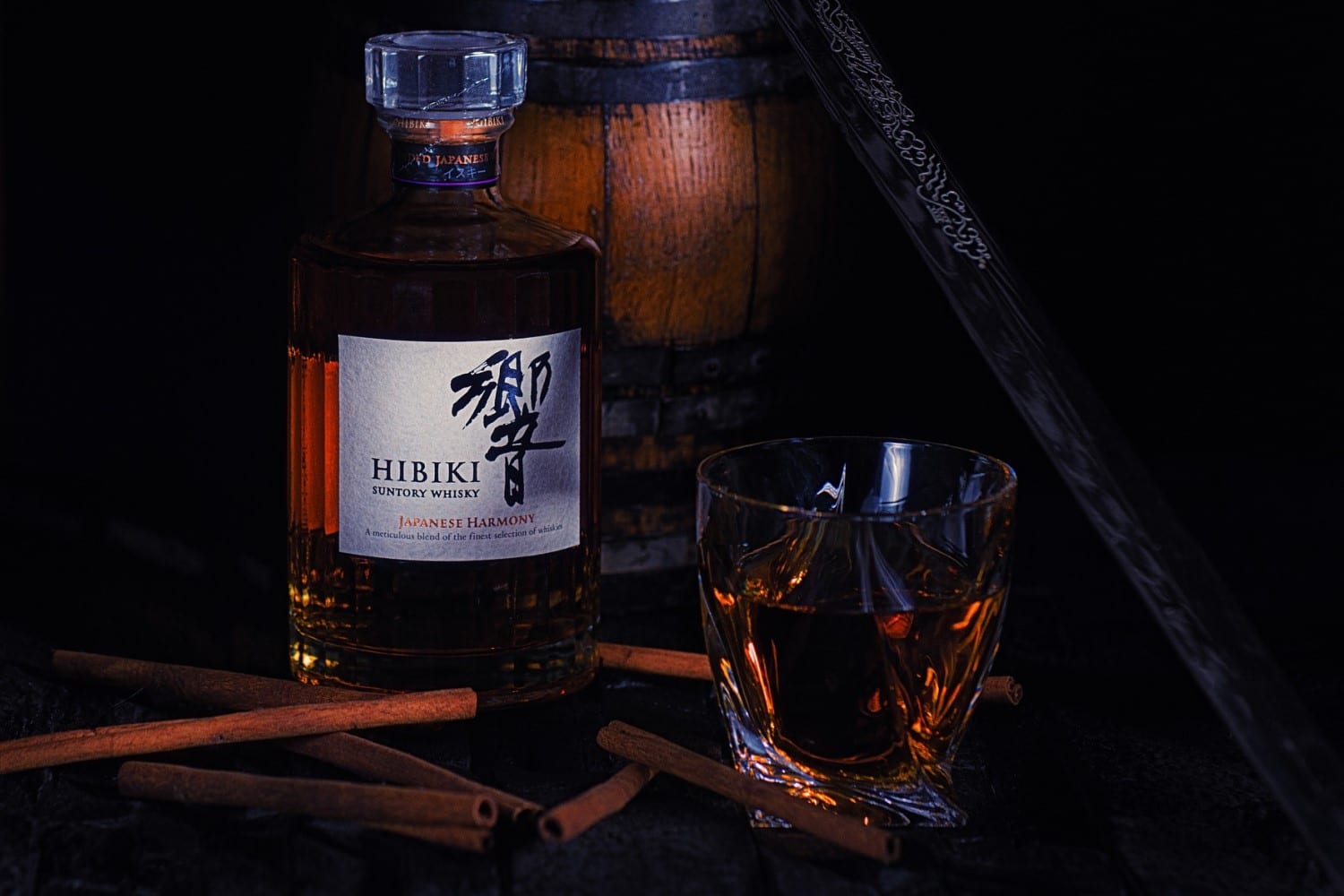 The Devil in the Grains – Defining a Flavor Profile

While the above flavors are notes that can be found in whiskey, they are not the ingredients that go into the making of whiskey. Whiskey is actually made by fermenting grain mash, which can be malted, or not.

Malting grain is a process where the grain is soaked, which causes it to germinate. This creates maltose, a type of sugar. It lends a richness similar to butter or chocolate to the overall flavor profile.

Sometimes, the difference between what is a good whiskey and what is not lies in the grains. Plus, different ratios of grains will create different flavor profiles.

Do you want to know more about this topic? Check out the article on What is Whiskey Made of!

Some of the grains used to make whiskey are as follows:

Barley is used mostly for Scotch whisky and packs quite a punch. Barley is often malted and dried with peat. Barley whisky’s bite is often mellowed out by being aged in old sherry or port wine barrels, which adds fruit and spice notes to the natural smoky earthiness of Scotch.

Rye gives a rich, nutty, and spicy flavor to whiskey. It can be used on its own to create rye whiskey, which can only be called such if it is aged in American oak barrels and contains 51% rye mash.

Rye can also be blended with other grains to create different types of whiskey like bourbon as well.

Wheat whiskeys are almost all created in the United States. They are crowd-pleasers for being smooth and subtly sweet.

Wheat whiskeys are characterized by flavor notes like toffee, vanilla, and honey. While they used to be less ubiquitous, they are becoming more and more popular for the aforementioned sweet, smooth characteristics.

Corn is the main ingredient in Bourbon whiskey – to be Bourbon it has to be made in America and have at least 51% corn mash.

It is another easy-to-drink ingredient, giving notes of honey butter, cream, and even toasted marshmallow.

Some whiskeys are made with various blends of these grains in different ratios, some contain only that grain, and some have all four! Keep the type of flavor profile you want to experience in mind and when choosing a whiskey, pay attention to what grains it has been made with. 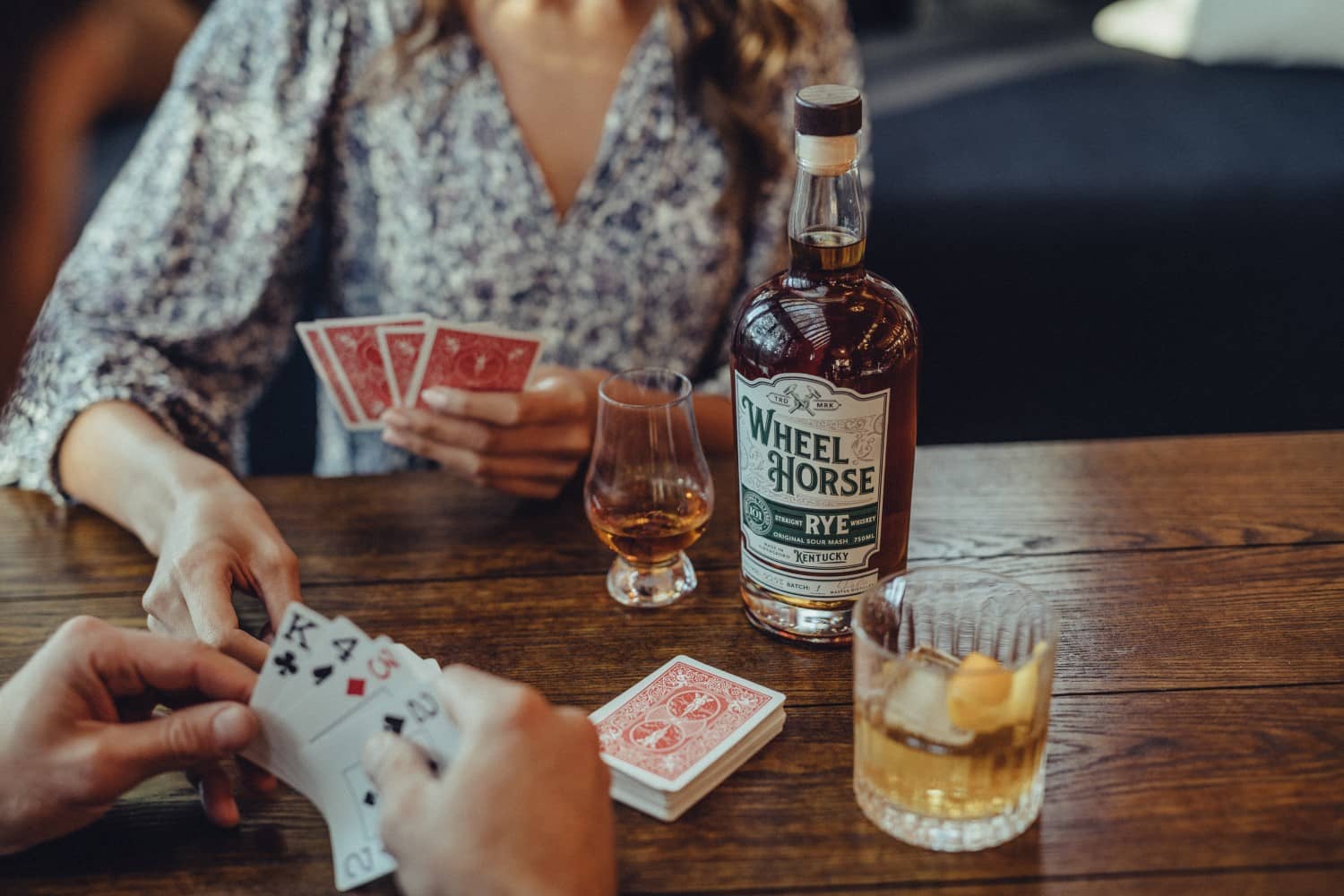 Types of Barrels and the Imparting of Flavor

When it comes to answer the question “What is a good whiskey?”, the barrels in which whiskey ages are a big part of the discussion. The barrels that whiskey is aged in are very important when it comes to imparting flavor. Most whiskey barrels are made of oak, which contain oils that seep into the liquid as it sits.

Sometimes whiskey – specifically Bourbon – is aged in brand new barrels, and sometimes the barrels it is aging in were used for something else – that something else is what gives the whiskey its unique flavor when it is ready to be bottled.

New, virgin oak barrels are barrels that haven’t yet been used to hold any spirits. Thus the flavor of the wood itself becomes more pronounced in the whiskey. New oak barrels are used to age Bourbon.

After the virgin barrel has been used to age a Bourbon, it can be re-used to age other whiskeys like Scotch. These barrels impart a fruity flavor, like the Bourbon that came out of them, as well as vanillic flavors.

Barrels that used to hold port wine impart flavors that were intrinsic to the wine that held them – often these are more dried fruit flavors like fig or raisin. Depending on the port, the flavors will change.

Sherry barrels also contribute a dried fruit flavor similar to those in the port wine barrels. Sherry tends to have a drier profile than port, so the whiskey aged in those barrels should also have a drier note.

This isn’t an exhaustive list of the types of barrels used to age whiskey, but you get the idea.

Whatever spirit the barrel previously held will add its own unique characteristic to the resulting whiskey. 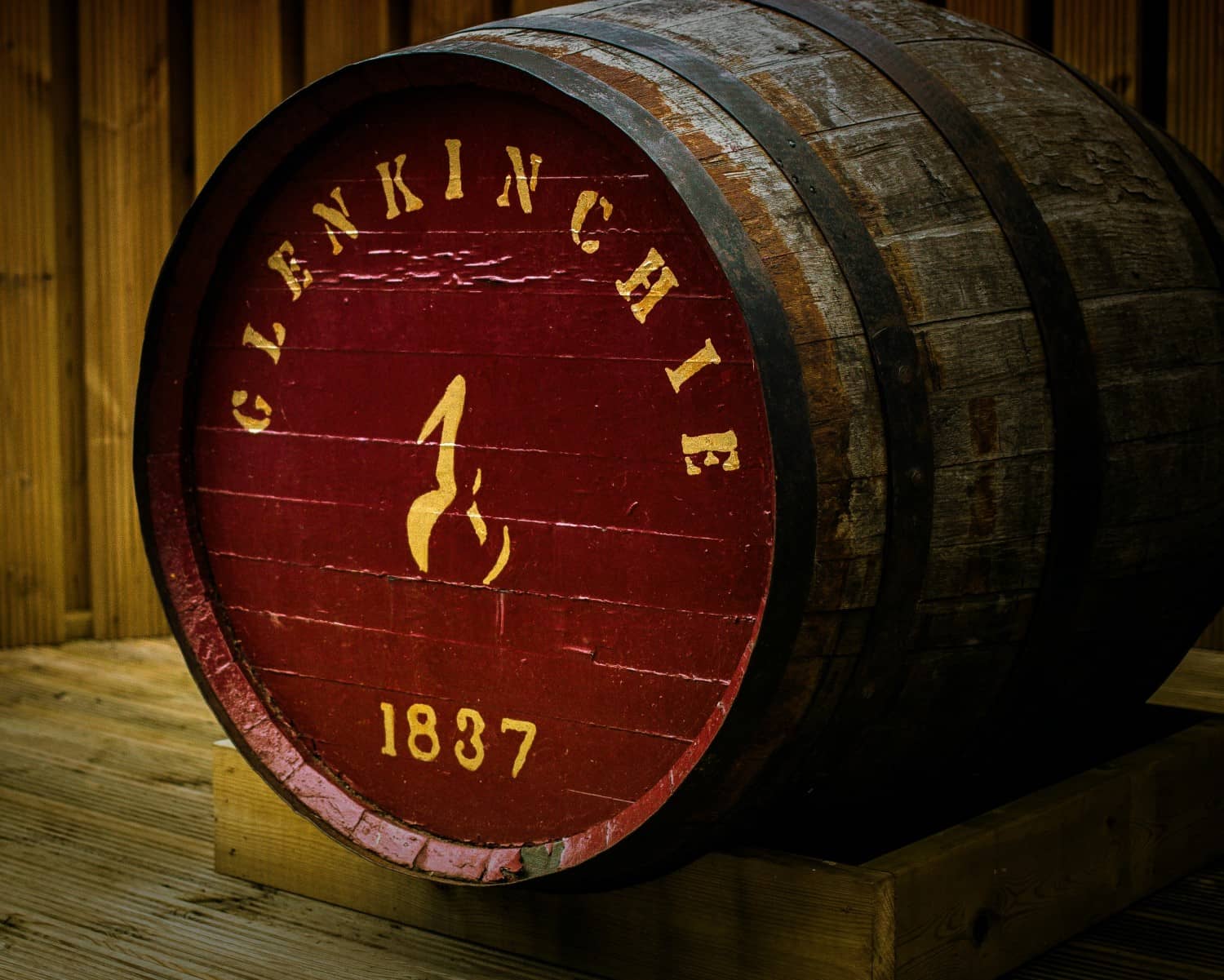 We learned about the kinds of barrels used in aging whiskey – now let’s take a look at the actual method of aging. Is the aging process the key to what is a good whiskey?

Many think that the more aged whiskey is, the better quality it is. Certainly, whiskeys that are aged for a long time are often more expensive than those that are not. The age doesn’t always denote a better quality, however.

In the process of aging, the temperature of the oak barrel changes. This causes the wood to expand and contract, which introduces oxygen into the spirits.

This can add various different flavor profiles to the whiskey. If the whiskey is being aged in charred oak barrels, the charring acts as a filter to eliminate the harsh alcohol flavor. Over time the color becomes golden and develops a smoky, caramel body.

There are many factors that go into making whiskey “good”, but the most important is that you like it, and will drink it.

“What is a good whiskey” is a question we often ask, and now, you should be able to answer that question for yourself.

You have enough information now to make your own decision when choosing a whiskey worth remembering, but when you need more information on exactly what brands to choose or more about different types of whiskey, and even more detail on what is a good whiskey, head over to www.whiskyflavour.com/blog to learn more!