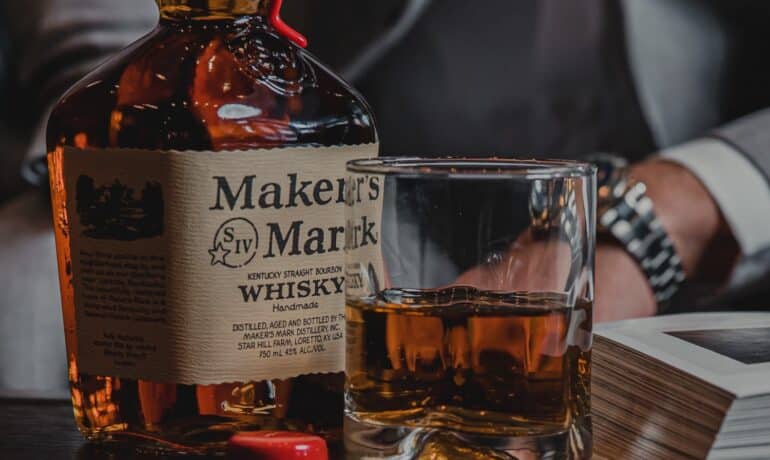 Bourbon is an oaky whiskey made in Kentucky distilleries out of a corn mash. The recipe for how is bourbon made has remained unchanged for decades because of the United States’ strict production standards. From the selection of ingredients to the aging process, crafting bourbon is a precise process that can take time to master.

The American government regulates the production of Bourbon to ensure that it fits a standard code. Each bourbon distillery must follow the precise, unchanged recipe if they want to produce bourbon that is up to code.

If you are interested in learning more about how is bourbon made, continue reading. The remainder of this article will discuss how this spirit is made, where this flavorful whisky originated and the ingredients in bourbon. 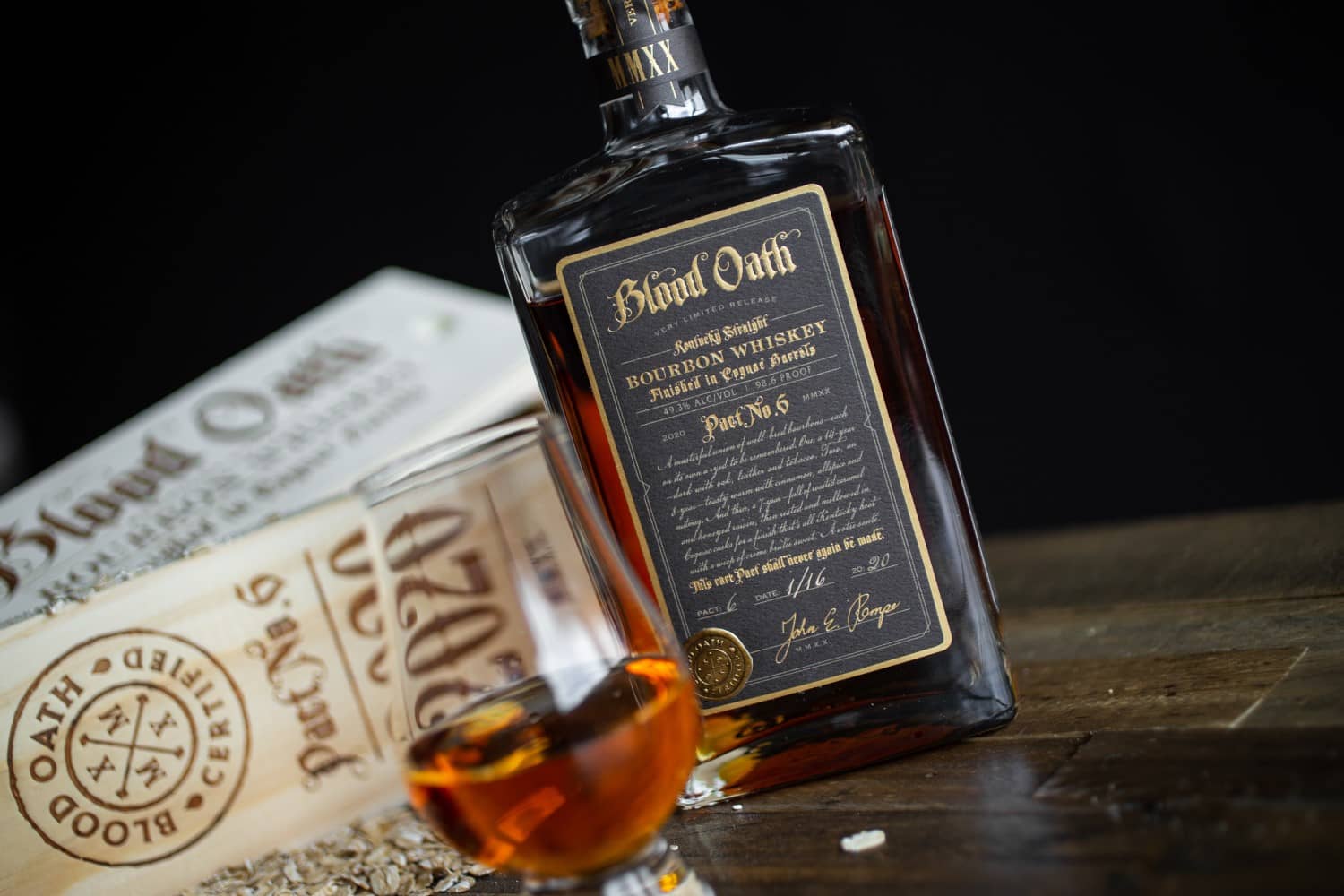 How is Bourbon made?

Bourbon is made in several steps. It begins as a doughy mixture and then eventually becomes a deep mahogany color, which makes it pleasurable to drink from crystal rock’s glasses. The appearance and signature look of bourbon is just another part of how is bourbon made.

Bourbon is made from a sour mash consisting of at least 51% corn and several other cereal grains like rye and barley. These grains are ground together and then used to create a thick, sour mash.

The sour mash is mixed with Kentucky water and blended together in a large tank. The process is continued, adding an older batch of sour mash before beginning the fermentation process.

In three days, the fermentation process is complete. The final result is called distillers beer, which contains alcohol.

Distilling bourbon is a critical part of how is bourbon made. The distiller’s beer gets boiled into a tank as a part of the distilling process, where it separates from the liquid yeast mixture and becomes vapor. This distilling process removes any leftover components that might still be remaining in the frothy mixture.

At this stage of the process, the alcohol is 130 proof. It undergoes several tests to ensure the alcohol meets standards and is satisfactory in flavor. These measurements are done in a laboratory, typically taking no longer than one day to complete.

After receiving the approval to move forward, this whiskey is distributed into charred white oak barrels to age. Aging the whiskey inside these oak barrels allows the bourbon to absorb the barrel’s natural oaky flavor.

Bourbon is left to age for at least two years before uncorking the barrel and selling, with premium bourbons aging between five and twelve years. In this aging time, the bourbon retains a deep brown color. The charred interior is mainly responsible for the changed coloring.

After the allotted time, the distillers will uncork the barrel then let it fall freely into a large trough where it is funneled together with other barrels.

The newly-mahogany bourbon will fall through the trough and receive its first exposure to air. Then it funnels into a larger area. At this point, the alcohol level is still 130 proof, so it is not sellable. Before the distilleries can sell the bourbon, the distillers must dilute the alcohol for safety.

Finally, the bourbon is mixed with water to lower the alcohol level. The bourbon is lowered to 90 proof and then bottled. Each bottle is labeled with the distiller’s logo and stamped with a seal of approval. After receiving its seal of authenticity, the bourbon is ready to sell! 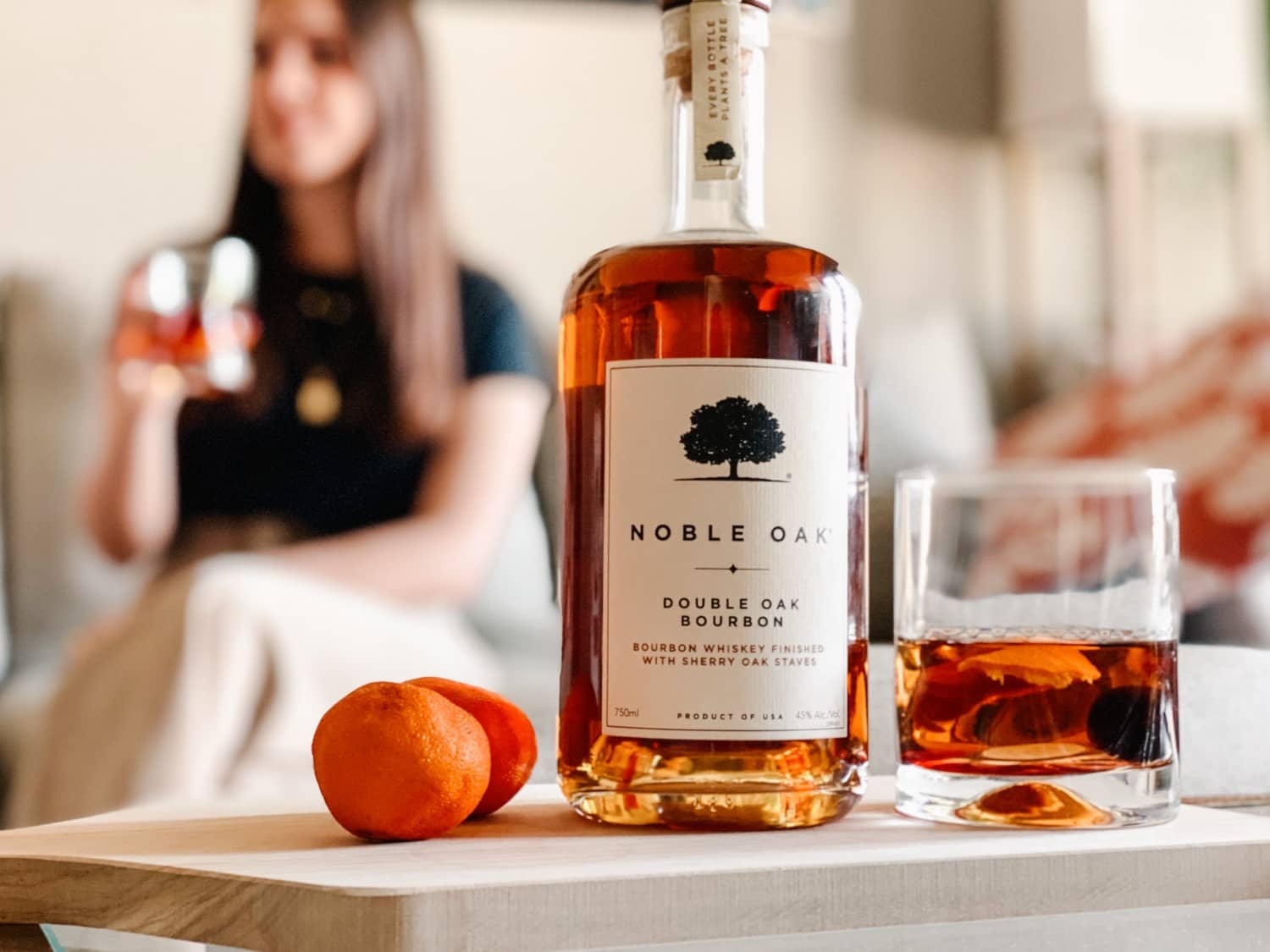 What ingredients are used in bourbon?

Bourbon is a very minimal ingredient liquor, which means what you see is what you get. American law requires that all bourbon distilleries require a strict recipe when making bourbon. If the strict guideline is not followed, the bourbon will not be given the stamp of approval for sale. Regarding what grain is bourbon made from, the answer is: mostly, corn! But, is not all that.

The following ingredients are used to produce bourbon whiskey:

Many people across the states have tried to replicate the flavor of Kentucky Bourbon, but they cannot do so because they lack Kentucky’s hard water.

The Majority of Corn

Corn is one of the most important features on how is bourbon made. The United States requires that fifty-one percent of your grain mixture must consist of corn. The 51% corn mixture is a recipe that whiskey distillers across Kentucky have followed for centuries.

Corn is also a natural sweetener. The more corn added, the sweeter the bourbon will be. Given there are no artificial sweeteners allowed in bourbon, many distillers rely on this delicious grain to make their bourbon the best.

Distilleries do not add any flavoring, sweeteners, or artificial colors to their bourbon.

Bourbon distillers may add some additional corn to sweeten their bourbon, but they do not enhance their bourbon with artificial sweeteners. The interior charring of the barrels is also capable of sweetening the bourbon.

Why are oak barrels used to make Bourbon?

Barrels help with the aging, coloration, and sweetening process when making bourbon. They are one of the most important parts of how is bourbon made because they have been a part of the bourbon-making process since its origination in the late eighteenth century.

Before the aging process inside oak barrels, bourbon is a clear, white color. After letting it age in the interior of a charred oak barrel, it adopts a mahogany color. This color deepens as the aging process continues, producing a stronger and darker hue the longer it has aged. However, it will be diluted with alcohol when reduced.

In addition to coloring the bourbon, barrels have other effects too. At the stage of the barreling process, bourbon is 130 proof, which is a highly concentrated level of alcohol. While aging, the strong alcohol also contracts a charred oaky flavor.

The oaky flavor of bourbon is sweet and often described as similar to the taste of caramel. The intensity of the sweetness increases with how charred the interior of the barrel is. Sweetness is also influenced by how long the bourbon is left to age. 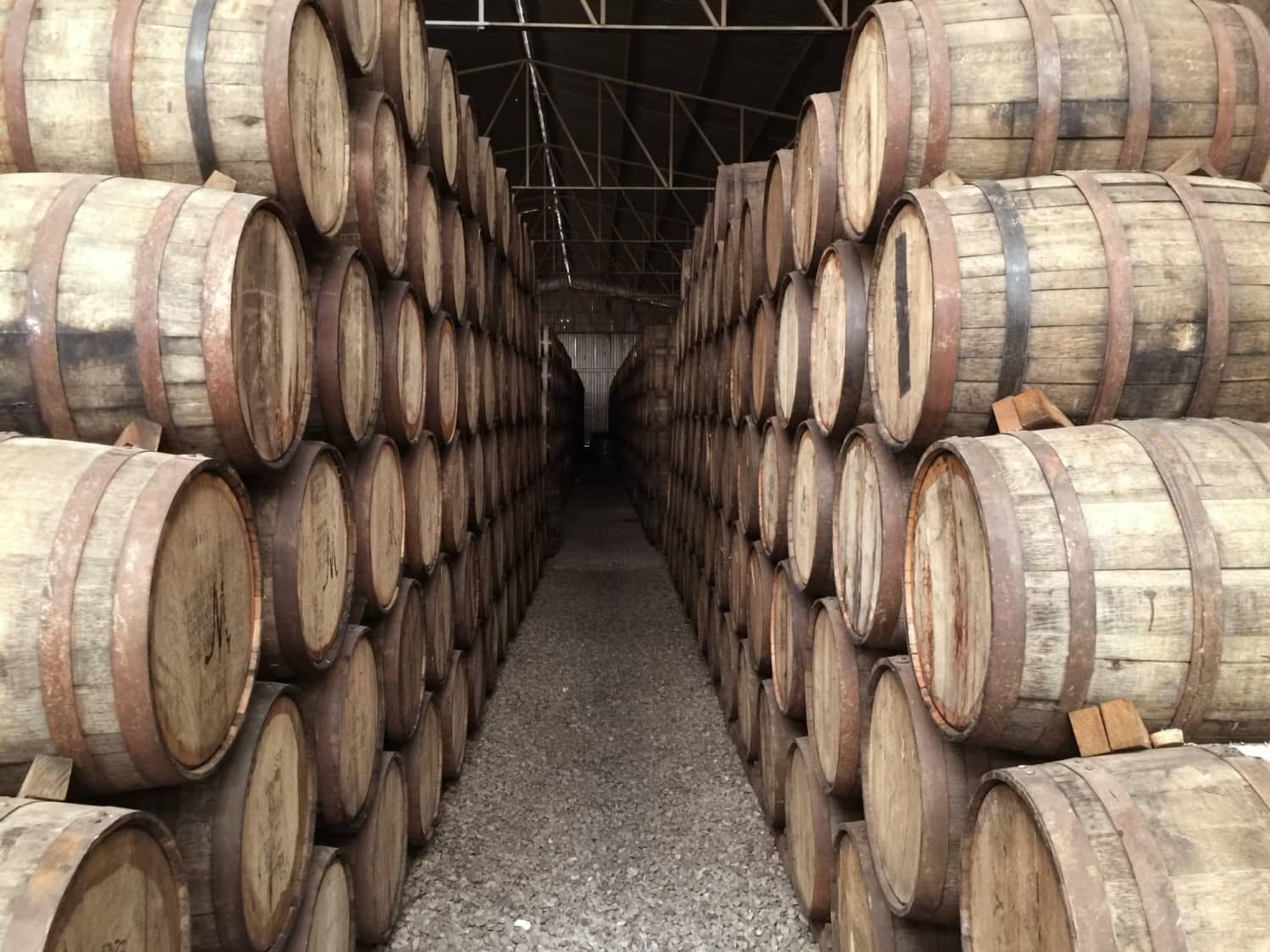 Where is Bourbon Whiskey made?

Bourbon is an original American whiskey initially made by Scottish and Irish-Americans in the late eighteenth century. This whiskey was -and still is – distilled in Bourbon County, Kentucky. As we mentioned, location is crucial to know how is bourbon made and several distilleries around Bourbon County, Kentucky, still currently produce this aged whiskey.

There was a brief hiatus during the prohibition when the bourbon distilleries were unable to produce their fine spirit. This unfortunate incident was brief.

Distilleries across the United States have attempted to craft their own Kentucky-style bourbon, but they have failed to achieve the same flavor. The limestone waters are one of the main reasons that this whiskey is so great.

When was bourbon whiskey created?

Since the beginning of time, people have made bourbon using barrels. The craftiness and dependence on these wooden apparatuses have not shifted, even after all the years. If you observe how is bourbon made, you will notice that wooden barrels are very much a part of the current bourbon distilling process.

Get to know Bourbon’s History, in this article: https://www.whiskyflavour.com/blog/bourbon-a-brief-history/

According to the United States law, all bourbon must be produced with a grain mix consisting of at least 51% corn. The starchiness of the corn is what creates the rich flavor. In addition to corn, distillers add other grains like rye, barley, and buckwheat to craft their bourbon.

The delicious, oaky bourbon requires a fermentation process to harvest the decadent bourbon flavor. To unleash this flavor people must distill the bourbon mash with Kentucky water. Kentucky water contains a high limestone count and is often the reason many people think bourbon has such a smooth texture.

Every distiller must know exactly how is bourbon made if they plan on producing legal bourbon in the United States. America has strict regulations for how you must make bourbon. This whiskey is an American favorite that has remained unchanged for generations.