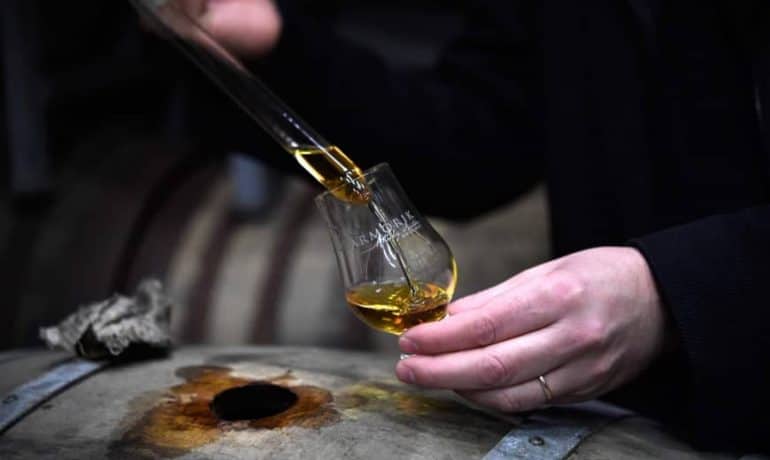 Although some of you already know the ins and outs of whiskey, many still do not know what is whiskey made of. In this article, we will uncover the ingredients and processes taken in the development of whiskey.

Known as whiskey or whisky, this incredible alcoholic spirit is made from a fermented grain mash. The grains may vary from barley, corn, rye or wheat, which will differ its name, colour and taste. Note however, that these grains may be malted. Afterwards, the whisky is normally aged in wooden casks. These casks will also influence greatly the overall whisky according to the wood chosen. Normally they are made of charred white oak.

All over the world, whisky is a strictly regulated spirit, varying in classes and types. These classes and types are normally characterized by the fermentation of grains, distillation and the aging process in the wooden barrels.

Originally, a whisky was made in a still made of copper, as it would remove the sulphur-based compounds from the alcohol, which make it unpleasant to drink. Nowadays the distilleries use modern stills made of stainless steel with copper innards (like the piping).

The most straightforward process is to distil in a pot still, as it consists of a single heated chamber with a vessel that collects the purified alcohol. As the process changes, also the complexity of the whisky becomes stronger, adding a new level to the whole spirit. The most standard whiskeys found in the market are normally made with the most straightforward or standard process. As you change the production process and start to become more innovator, so will the whisky. This will give it a completely new twist to the whisky.

The most common grain used is also grain whisky, which is used in the production of bourbons and most American whiskeys. The process here uses column stills, which behave as a series of single pot stills forming a long vertical tube. 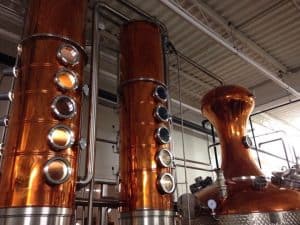 Unlike many spirits and drinks, whiskeys do not mature in the bottle. They only mature in the casks, which means that their age is the time between distillation and bottling. With this process, you can understand the importance that a cask has on the whisky and how it interacts. They are the great influencers of taste in the overall whisky.

When a whisky is aged in a wooden cask, like an American oak or a French oak, they undergo a process of six stages in order to contribute to the final flavour. These processes are extraction, evaporation, oxidation, concentration, filtration and colouration.

Some distilleries might age their whiskeys in barrels previously with other spirits like rum or sherry in order to add a touch of innovation and incredible notes. 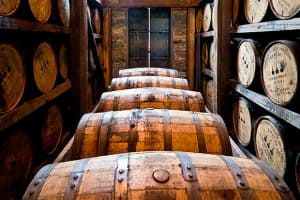