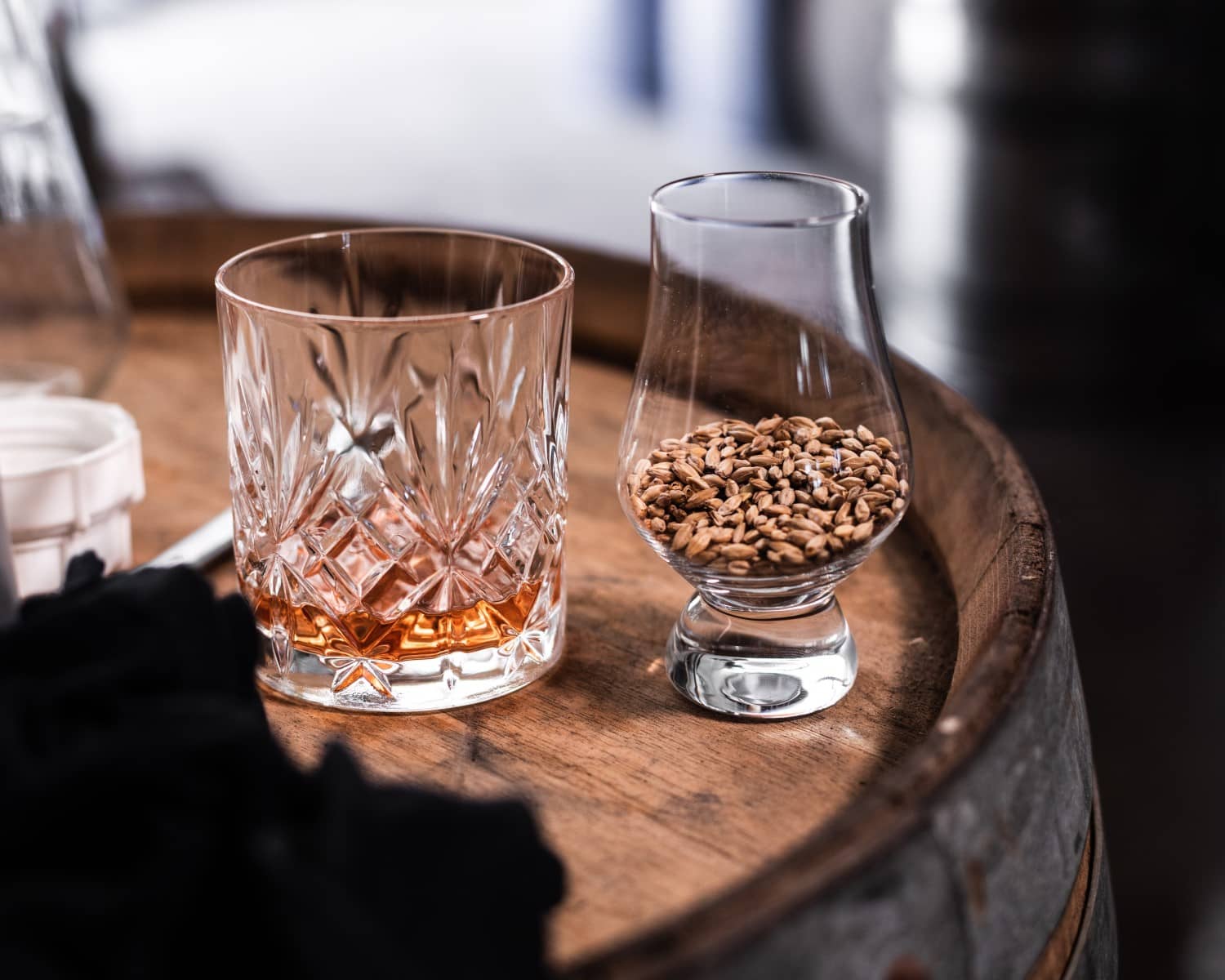 Scotch whisky, or scotch, is malt whisky, grain whisky, or a combination of the two produced in Scotland. Malted barley was used to make all Scotch whiskey in the beginning. In the late 18th century, commercial distilleries introduced whiskey manufactured from wheat and rye.

Continue reading to discover more about what is Scotch whisky made of, how it’s made and some brands truly worth tasting.

What is Scotch Whisky Made Of?

Given that all whisky is created from fermented grain mash, Scotch is no exception at all. To be classified as a scotch, the cereal used to produce this spirit must is, mostly, malted barley. However, many Scotch whiskies are made just from barley, water, and yeast.

In a scotch whisky recipe, you may use whole grains from various cereals and caramel colouring. There are no fermentation additives or shortcuts allowed.

Although Scotch whisky is produced from malted barley, the different types of Scotches may add different ingredients to the mixture.

Single Malt Scotch and Blended Scocth Whisky are the two main varities of this spirit, being that blended whiskies account for 90% of all scotch marketed each year.

However, these are not the only two types of Scotch. There are 5 different types of this spirit and they differ, essencially on what Scotch whisky is made of. These are the one to recognize:

In order to be considered a Single Malt Scotch, it must be made in Scotland and aged in wood barrels for a minimum of at least three years. However, most single malts are aged for a more extended period of time.

Single grain whisky is manufactured by a single distillery using a variety of grains such as wheat, rye, or maize. To be considered a Scotch, as said before in this article, only whole grains must be added to the malted barley.

Blended Scotch whisky is the mixture of  more than two expressions of single malt whisky and grain whisky, all from different distilleries. The whiskies must also be matured in oak barrels for at least three years. In addition, any numerical age statement on a bottle of a blended Scotch whisky must represent the age of the youngest whisky used in the blend.

Blended malts are Scotch whiskies that have been mixtured without the grain component. Blended malt scotch whisky combines single malt whiskies from two or more distilleries. This results in flavours ranging from honeyed fruitiness to full-on peat smoke.

Just as it happens with blended malt whisky, a blended grain is the mixture of two or more single grain Scotch whisky expressions from different distilleries located in Scotland.

The Elements from which Scotch is Made

Not only cereals and grains are the answer to what is scotch whisky made of. The natural ingredients of water, peat and the Scottish environment itself significantly impact Scotch Whisky flavour. Water is perhaps the most crucial single component and a distillery needs a source of excellent, soft water.

As you might have already noticed, some Scotch whiskies have smoky flavour notes due to the usage of peat in the kiln or furnace where the malt is dried. These expressions may be from lightly peated to heavily peated Scotch Whisky.

The climate in Scotland is also crucial, especially when the whiskey is ageing. Soft air pervades the barrels at this point and works on the whiskey, removing harsher ingredients to produce a mellow whisky.

The Distillation Process of Scotch Whisky

The distillation process is one of the factors that gives scotch whisky its distinct flavour profile. After distillation, Scotch whisky includes not just ethyl alcohol and water but also several secondary components.

The specific composition of these is unknown, although it is thought that they comprise essential oils from malted barley and other grains and compounds derived from peat.

The amount of these secondary elements kept in the spirit is determined by the still’s design, operation, and vigour with which the spirit is extracted. Grain Whisky has fewer secondary ingredients than Malt Whisky due to the manufacturing process and has a milder flavour and fragrance.

The Flavours that Come From the Barrels

Besides what is scotch whisky made of – malted barley -, the oak Barrels are one of the mandatory factors to make Scotch. Depending on the type of oak, the spirit that aged previously in them and the amount of time the Scotch will mature there, the flavours and colour of a whisky may change.

Summing up the process, because wood is porous, when Scocth is left to age in a oak barrel, it will absorb some woody features that become flavour notes. Oak is generally associated with the vanilla flavour, and that is why this is a tasting note so common regarding Scotch. Different kinds of oak can either provide more mellow and sweet flavours, more nutty or even spiced flavours, as cinnamon and pepper.

The colour of the whisky also changes regarding regarding the time a whisky stays in barrel. The spirit gets darkers, the longer it ages. 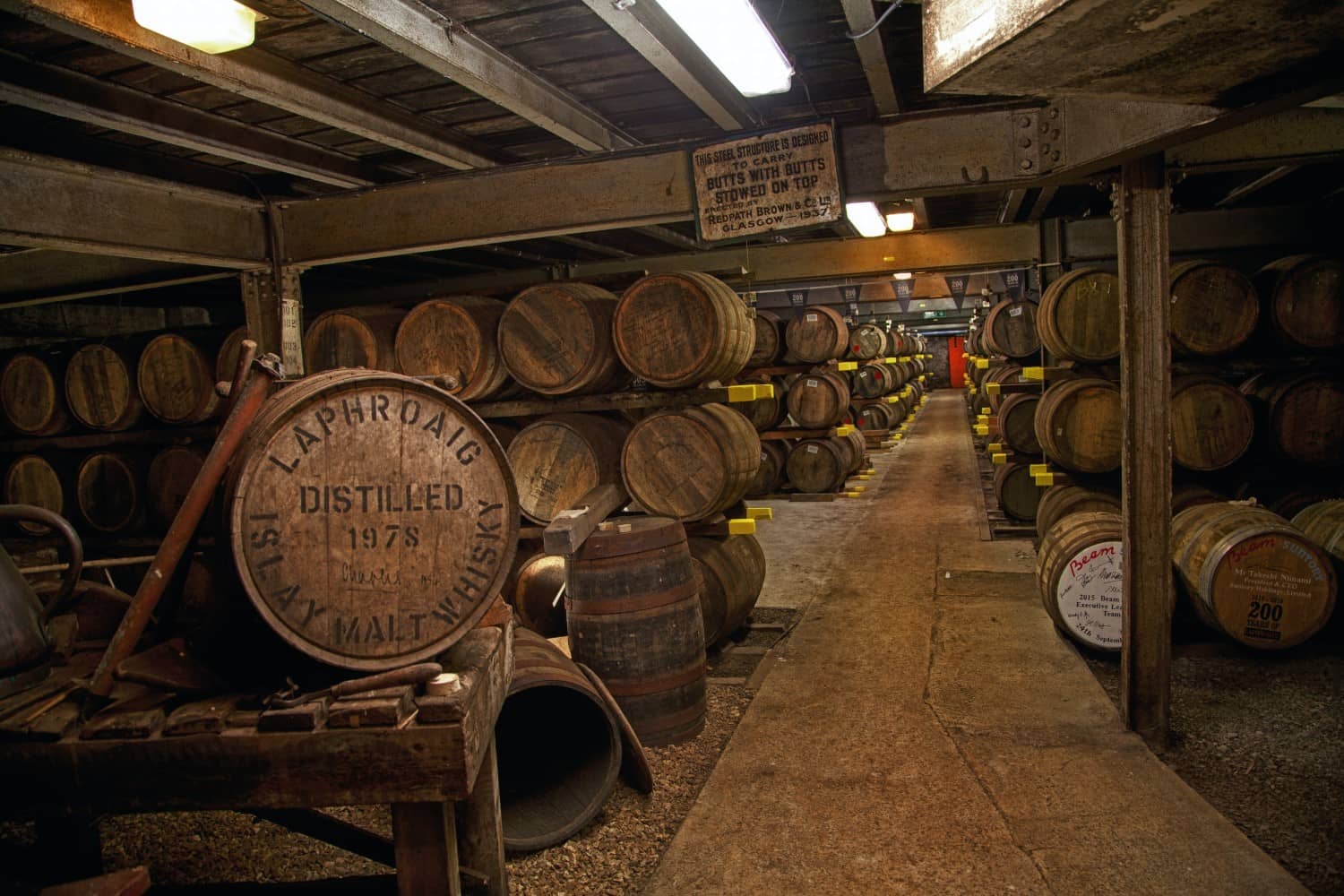 What is Scotch Whisky, afterall?

After we summed up the “What is Scotch Whisky Made Of” question, it is also important to know the lines that define a Scotch whisky.

Also known as Scotch, this type of whisky is produced primarily from malted barley. It can only be made in Scotland and single malt, single grain, blended malt and blended grain are among the various varieties.

Regarding the production process, only yeast must be used in the fermentation process and only whole grains must be added to the malted barley. Also, Scotch whisky must age in oak barrels for at least three years and be bottled having a minimun of 40% alcohol content.

Finally, you can’t call your drink Scotch unless it’s created entirely in Scotland, with 100% Scottish ingredients.

5 Expressions Regarding What is Scotch Whisky Made Of

The GlenDronach Revival 15 year old scotch is a Single Malt Scotch Whisky, which means it is made mainly from malted barley and in only one distillery.

Being in and out of the market, this GlenDronach expression came back recently for the third time with a different recipe. It is now aged in Pedro Ximénez and Olosoro Sherry Casks, that gives it the cherry, honey ad spicy fruit flavour notes. 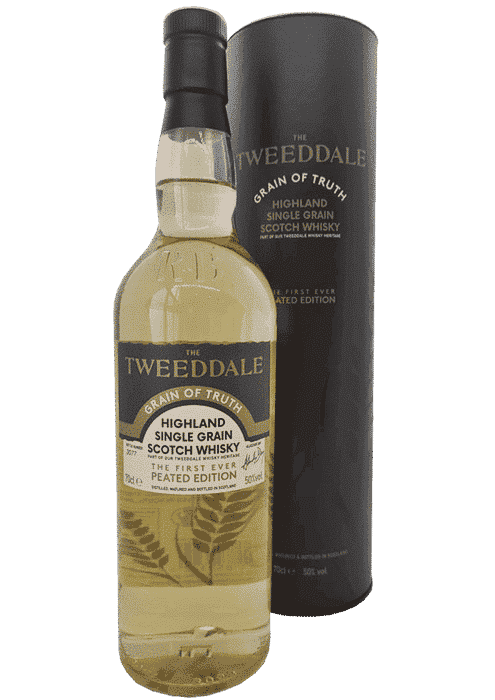 Believed to be one of the first’s Peated Single Graind Scotch Whisky, this expression from Tweeddale presents a new turn on single grain whiskies. Made with 50% malted barley and 50% wheat, it is peated and also aged in bourbon barrels.

As sweet as it is smoky, the Tweeddale Grain of Truth has light smoke, chocolate and caramel as flavour notes.

This expression already won the Silver Medal at the World Whiskies Awards 2020. 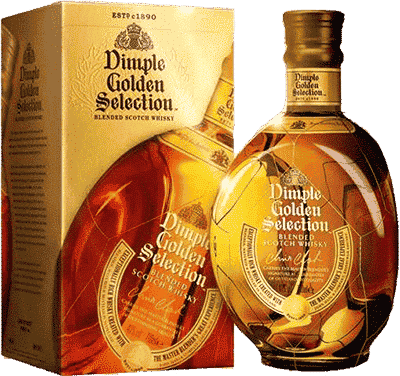 Made from a malt and grain whiskies, Dimple Gold Selection is quite a classic regarding Blended Scotch. The single malts and single grains by the Master Blender Chris Clark at the highest point of their maturation process. It is now known that Glenkinchie is one of the malts used for this blend.

This Dimple expression has a mellow and sweet character, having mango, macadamia and honey flavour notes. 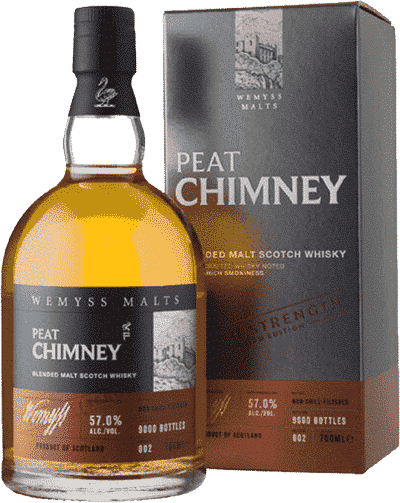 A limited edition of 9000 bottles and a several award-winning whisky, Peat Chimney Cask Strength Batch No 002 is a blended malt whisky released by the independent bottler Wemyss Malts. With no single grain scotch involved in the blending, this expression blends only single malts with signature peated scotch whiskies. It is also a non-chill filtered whisky and a multi-regional expression.

As flavour notes, the smoke is definitely in the background. It also has paprika and ginger notes, as well as lemon, apple and sea salt. 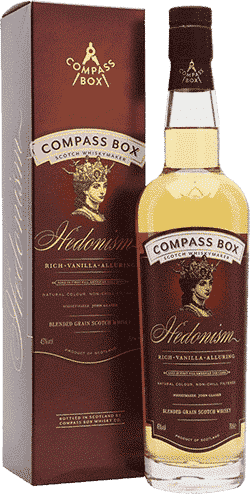 Compass Box Hedonism is the signature whisky for this brand, since it was the first blended grain scotch whisky. Being a quite rare expression, it was resurrected by master whisky producer John Glaser, who sought out ancient grain barrels and blended them. One of the most curious things about this dram is that Hedonism changes its recipe every year, while having the same character smooth and buttery feel.

This scotch is recognized as a head-turner who may introduce you to grain whisky’s joys. It has a delightful flavour with coconut and caramel overtones.