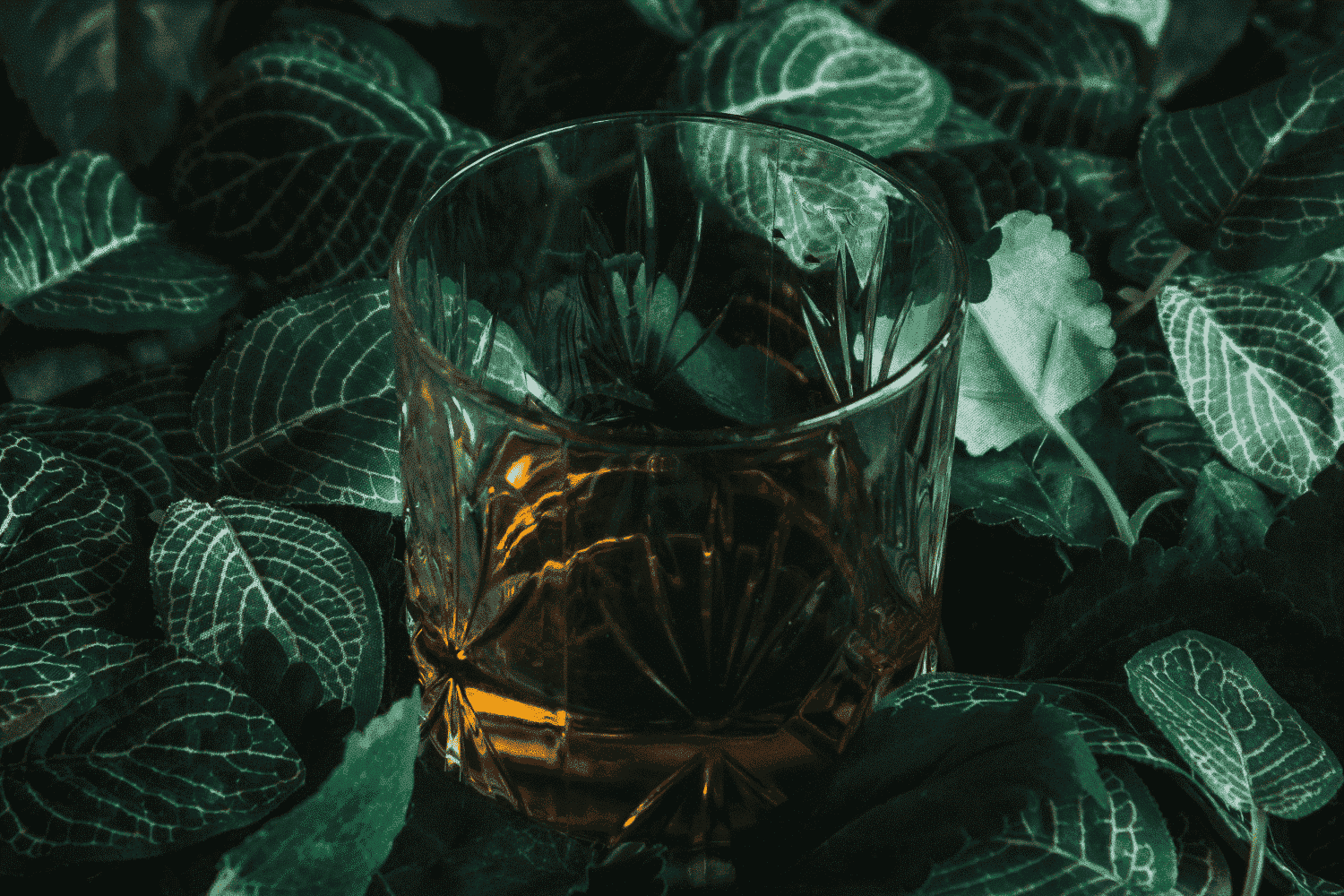 Long before Guinness produced its first pint of stout, and centuries before Americans began adding green food coloring to their beer, Ireland gave birth to what many regards to be the country’s hallmark drink: whiskey. The name of the Emerald Isle’s more strong beverage derives from the Gaelic meaning “water of life”, according to its legendary tagline. However, what makes Irish Whiskey different from all the other types of whiskey around the world? Well, there’s a lot to go through to answer such a question. We’ll do our best.

In this article we will go through the factors that make this spirit different from the other whiskies produced all around the world. However, if we had to sum up what makes Irish Whiskey different, we had to say that, besides all historical facts, it is the tripple distillation, the single pot still whiskey expressions and, of course, being completely made in Ireland with Irish ingredients and aged in the Emerald Isle. But there’s a little more to it that you might to know about.

Read the article and discover 4 factors that make Irish Whiskey such a jewell of the Emerald Isle. 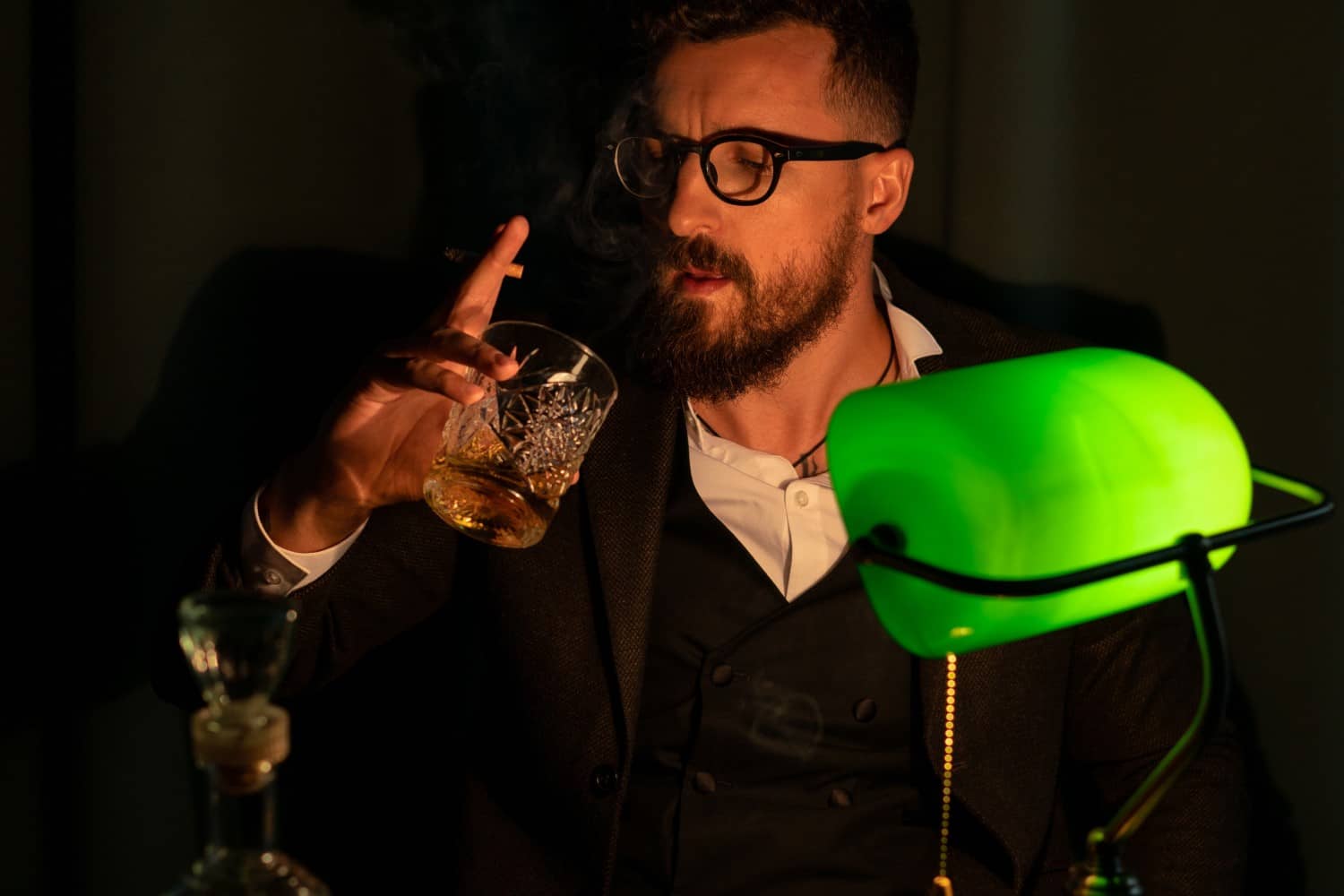 The (possibly untrustworthy) tale that says the method of distilling was brought to Ireland by none other than Saint Patrick himself strengthens the argument for whiskey as the best option for St. Patrick’s Day alcohol consumption. But, although this is an amazing tale, that’s not the only worthy historical factor on what makes Irish whiskey different.

While no one knows for certain, it is widely assumed that whiskey began either in Scotland or in Ireland sometime during the Middle Ages. However, the first whiskey distillery allowed in the British Isles was Bushmills in Northern Ireland in 1608—before moving to Scotland and, subsequently, the United States and Canada. 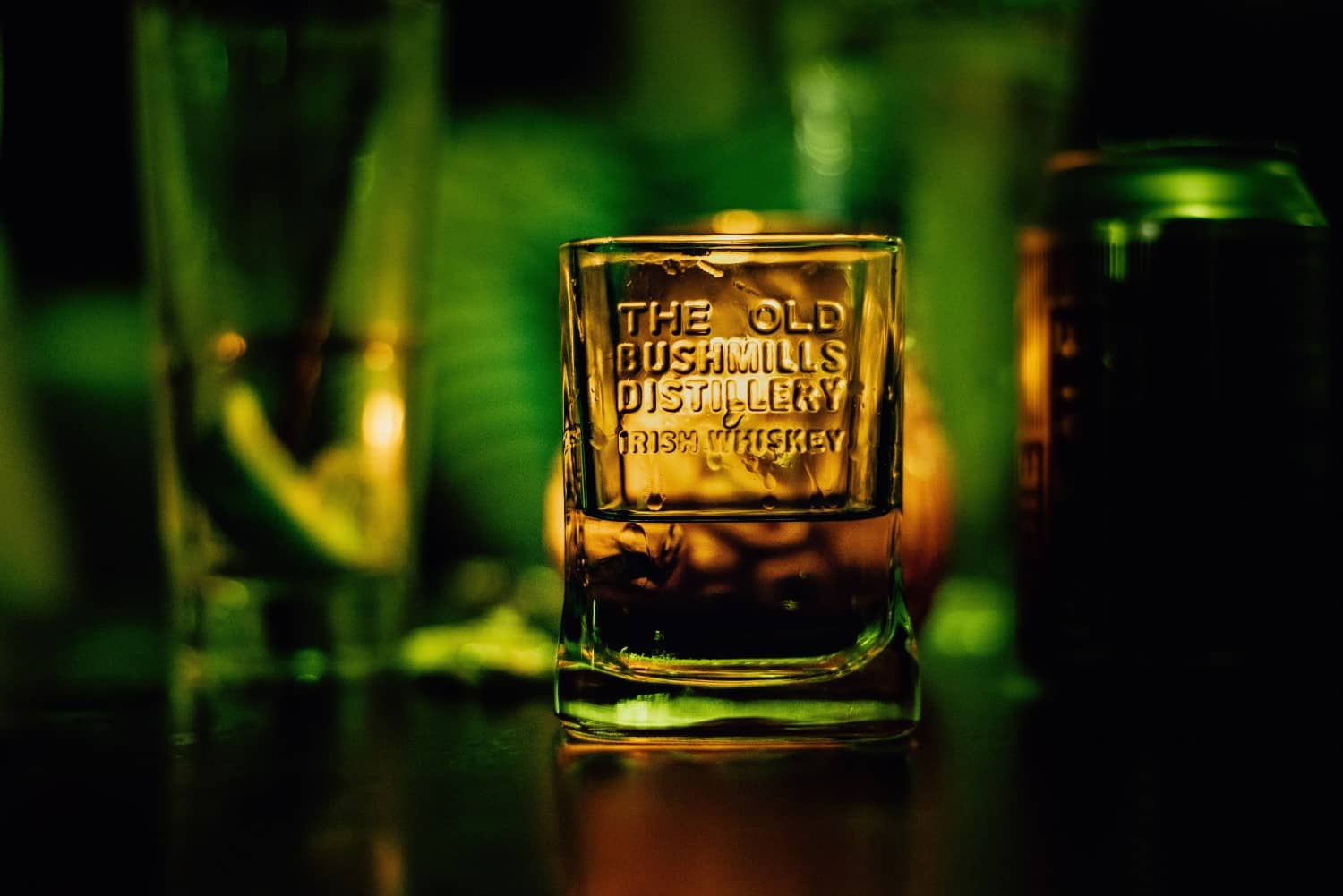 A quick overview of the history of Irish Whiskey

The distillation method was brought to Ireland by monks when they returned from their travels in the Mediterranean around 1000 AD. They were introduced to the art of perfume distillation and returned to Ireland with their knowledge.

Whiskey was one of the first distilled beverages produced in Europe, dating back to the 12th century.

In the late 1700s, Irish Whiskey first acquired popularity as a consequence of the issuance of distillery licenses by the English, which resulted in a considerable number of distilleries springing up around the country.

Sir Thomas Phillips, the landowner of Bushmills, was the first to get a distilling license in the United Kingdom. Kilbeggan, on the other hand, started manufacturing Whiskey some 27 years before the Bushmills distillery began producing Whiskey in the exact location (1757 versus 1787, respectively). With over a century of uninterrupted operation, Bushmills is the only distillery in Ireland that can claim this distinction.

The country of Ireland had more than 30 significant distilleries producing Irish Whiskey by the 1890s. Many distilleries were forced to close due to the Irish Civil War and Prohibition when the export of Irish Whiskey to the United States was cut to nearly nothing.

In the late twentieth century, there has been a significant resurgence of interest in Irish Whiskey, which has grown to become one of the fastest-growing spirits in the world. According to statistics from June 2019, there were 25 distilleries on the island of Ireland, with additional planned or under construction.

Water of life, or whiskey, as it is called

Besides history, what makes Irish whiskey different from the other countries’ whisky? For starters, spelling. Around the end of the nineteenth century, it became conventional that the Irish (and Americans) manufactured whiskey and the Scots (and Canadians) made whisky for reasons that, according to The Glutton’s Glossary by John Ayto, had more to do with marketing than linguistic distinctions.

‘Whiskey’ derives from the Irish term ‘uisce beatha’, which means ‘water of life’ (enunciated ishca baa-haa), which translates to “water of life.”

What is Irish Whiskey and What makes it different from the rest?

Irish Whiskey is a distilled spirit with an alcohol content of 40%. According to the Whiskey Conservancy, when it comes to Whiskey, it may only be termed Irish Whiskey if it is both distilled and aged on the isle of Ireland.

This type of whiskey is created from, at least 50% of malted barley, being the remaining percentage of cereals filled up with regular barley, rye or wheat. In order for this spirit to be called Irish Whiskey it must also have a 40% ABV minimum and be aged for, at least, 3 years.

This rules may seem pretty similar to other spirits regulations as Scotch and Bourbon. However, the distillation process is what makes Irish Whiskey different from those spirits. Irish whiskey have to be distilled three times before going to the barrels for aging. 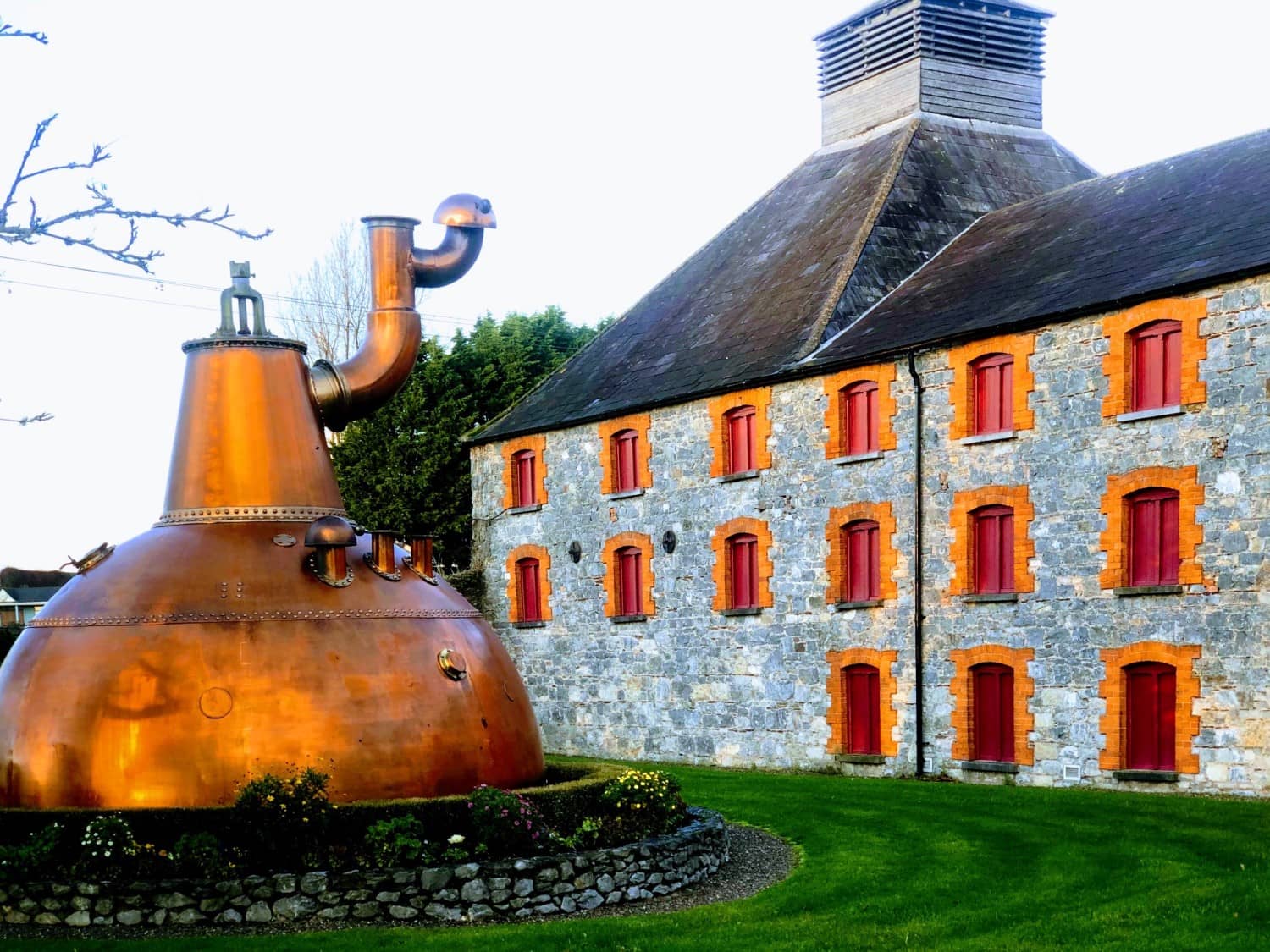 If the whiskey is to be malted, a pre-step process must be performed on the barley before it can be used to produce Irish whiskey. The barley is soaked in water to stimulate germination, which enables the grain to release enzymes that cause the starch in the grain to be converted to sugar, resulting in a sweeter grain.

It is crucial to note that, once germination has begun, the process may be quickly stopped by drying the malted grain in massive closed kilns as soon as possible. Because no peat is used to dry the barley, Irish Whiskey will not have smoky aroma and flavour notes that some Scotch Whiskies have. At no point throughout the distillation process does smoke from the heat source directly contact malted barley.

Wondering about the use of peat to make smoky whisky? This article will tell you all about it: https://www.whiskyflavour.com/blog/peated-single-malt-whisky-7-best-whisky/

Afterward, the process is the same for all types of whisky, and the results are the same.
Grains are now processed into a coarse flour known as grist, both malted and unmalted. The grain is heated to around 60 degrees Celsius by adding clear water. As a result of the heated water and enzymes releasing sugar content from the starch of the crushed grain, a watery, sugary soup is generated.

The liquid is cooled and emptied after a few hours of processing. At this point, yeast is introduced to the sugary drink, known as wort, to ferment it as the sugar is transformed into alcohol, the mixture foams, and bubbles.

Approximately two to three days passes by since the sugar turned to alcohol, and the foam is entirely dissipated; this is referred to as the wash. With an alcohol by volume (ABV) of 8 percent, this warm beer-like beverage is considered legal for consumption.

Copper pot stills or continuous column distillation are used to generate a translucent liquid with an alcohol by volume (ABV) of 85 percent after being distilled three times. In the ensuing processes, just the center portion of each distillation is utilized since it is more concentrated. This section has been rejected because it contains components that are unpleasant and undesired from the beginning.

As soon as this distillated liquid has been diluted with water to 65 percent alcohol by volume, it is matured in oak barrels for a minimum of three years and as much as twenty years before it is bottled as Irish Whiskey.

After distillation, the whiskey spirit is diluted with clean Irish water to an ABV of 40 percent before being bottled and supplied to the general public.

As it also happens with other spirits, there are several factors, including the kind of wood used to create the barrels and any previous use, that impact the color, perfume (aroma), character, and taste of Irish Whiskey. A whiskey’s color and taste acquire more character as it ages in barrels. The longer it is stored in barrels, the deeper its color and flavor grow. 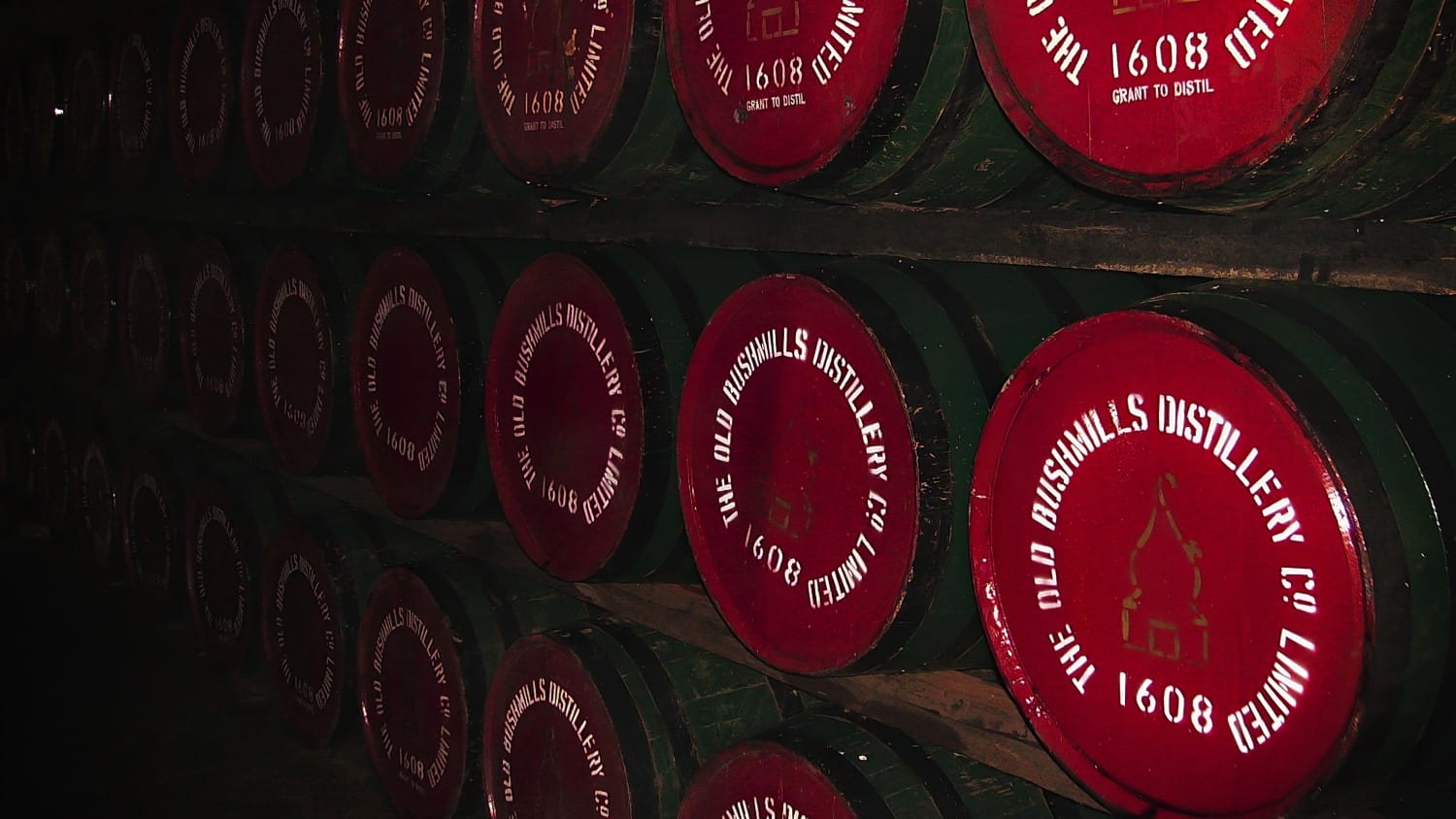 What makes Irish Whiskey Different? The Different Types of This Spirit

There are four main varieties of Irish Whiskey available on the marketplace: single malt, Pot still, grain, and blended (or a combination). Some of these types may ring a bell on your head and that’s because they are very similar to the types of Scotch whisky existent. So, what makes Irish Whiskey different from the types of scotch itself? The Single Pot Still, for instance, is one of them.

Check out the four types of Irish Whiskey and spot the differences.

Single malt irish whiskey is created exclusively from malted barley in a pot still within a single distillery. It may be double- or triple-distilled, depending on the distillery and the brand. Some examples of single malt Irish whiskies are Knappogue Castle, The Sexton Single Malt and The Tyrconnel.

This style of Whiskey is produced from a blend of malted and unmalted barley that is distilled in a pot still within a single distillery, resulting in a smooth, flavorful drink. Before the advent of blended Irish whiskeys in the twentieth century, this was the most widely available Irish whiskey style.

Being part of what makes Irish Whiskey different from other whikies, the Single Pot Still is considered Ireland’s signature whiskey. Some brand that resonate while thinking about this type are: Redbreast, Teeling, Killbegan Single Pot Still, Glendalough and Green Spot.

This type of Irish whiskey combines the varieties mentioned above. Currently, it is the most widely available style of both Irish whiskey and Scotch whisky. There are several different types of blended Irish Whiskey available, including Bushmills, Jameson, Powers, Slane, Grace O’Malley and Busker. 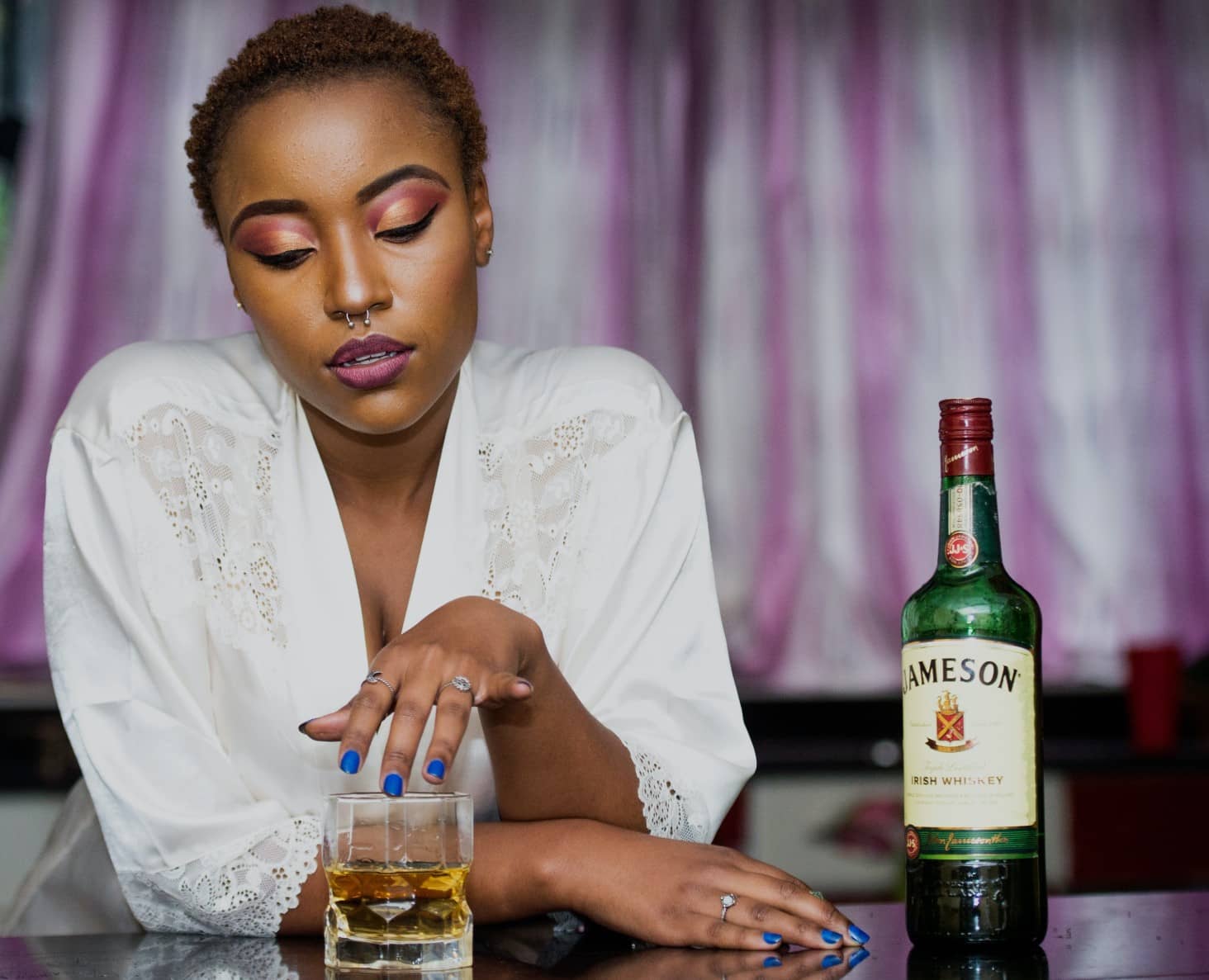 After all that was said about Irish Whiskey, it is already possible to imagine how is Irish Whiskey different from Scotch. However, we will give you a closer look to the answer.

The distillation is also what makes Irish Whiskey different from Scotch. Scotch Whisky is distilled twice before entering the aging phase, while Irish is distilled for three times before going to the barrels.

Discover Everything about the Scotch Production Process, here: What is Scotch Made Of?

Although being put in the same side of the table with all the other whiskies, Irish Whiskey have its own character and its own features that make this spirit so unique and a true gem of Emerald Isle.

Since the main concern is the distillation, one might expect that what makes Irish Whiskey different, in the end, is a smoother and mellow personality.