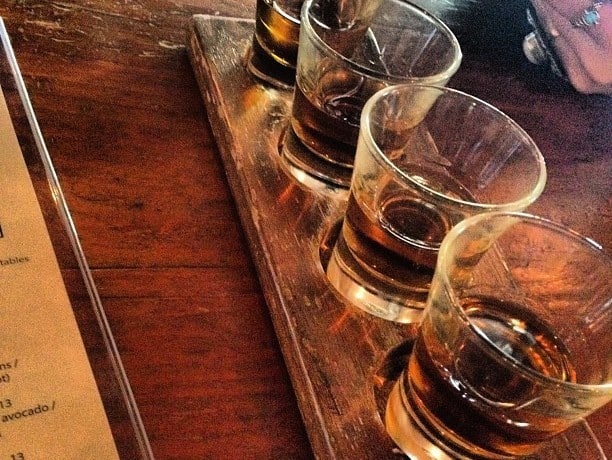 The coolest thing about joining a whiskey sample club or subscription is the exposure you’ll get to many different types of whiskey.

This is especially important for folks that are just getting into the whiskey world, as well as folks that have a “favorite” whiskey type but want to experience everything else that is out there in the world of whiskey that they may be missing out on because they stick to the same old, same old so frequently.

Here are some of the different whiskey sample types you may get the opportunity to try when you join a subscription or sample club!

Predominantly produced in Scotland, malt whiskey is made from malted barley and distilled in pot stills, a very time-consuming and traditional approach that produces some of the very best whiskey in the world.

Smokey whiskey (from the peat used in the distillation process) is often most associated with malt whiskey types. Whiskey samples of this variety are very much appreciated, especially those that are usually only exposed to American-style whiskey like the ones below.

This kind of whiskey sample usually contains mostly wheat (though it can contain corn), and is primarily made in Scotland and Ireland. A little bit “lighter weight” than malt whiskey, it doesn’t have nearly as powerful or as pronounced a flavor but is instead much more subtle.

Incredibly popular in the United States (though Canada is producing a tremendous amount of rye whiskey today as well), this is a spicier version of whiskey and your whiskey sample options from subscription clubs will reflect this kind of taste profile for sure.

Blended whiskeys combine a number of different whiskey types (usually malt and grain, but sometimes rye), offering a unique flavor profile when perfectly balanced that is impossible to capture or generate with a single source of whiskey. Think of this as the cognac of the whiskey world!

Bourbon, primarily produced in Kentucky (as well as in the state of Tennessee) must contain at least 51% corn according to US law. This is one of the most beloved types of whiskey found anywhere in the world, and quality (as well as price points) can range from anything around $10 a bottle to over $1000 per bottle – and everything in between.