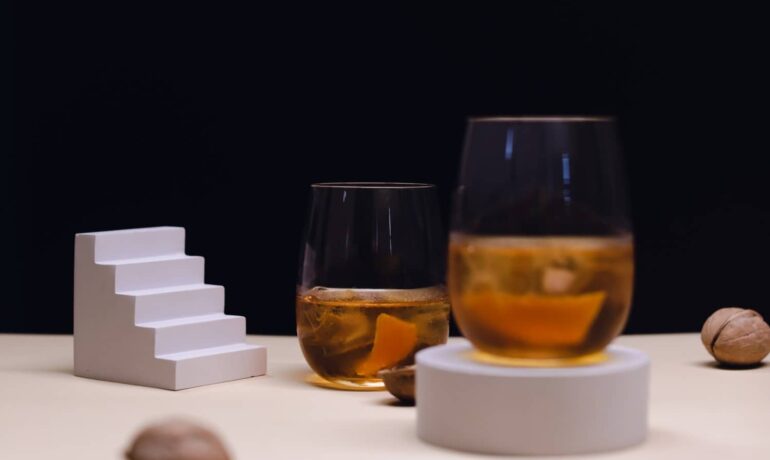 Scotch is a unique drink with a long history and well-deserved reputation as a premium spirit. Whether you’re looking to find out more about the best-selling scotch globally, the top award winners in recent years, or the scotch varieties most appreciated by whisky enthusiasts and connoisseurs, our clear and simple guide will help you find out what is the number 1 scotch in the world.

How can you discover what is the number 1 scotch in the world?

There is more than one answer to the question of what is the number 1 scotch in the world. The answer will ultimately depend on the criteria you use to judge ‘number 1’ and which categories of scotch you are considering.

Criteria you could use to rate scotches might include:

It may not be meaningful to compare a standard blended scotch to a 25 year aged single malt, or a cheap bottle in any category of scotch to far more expensive whisky bottles. These could all be very different drinks and may be bought by different consumers (e.g. younger versus older whisky drinkers) or in different situations (e.g. casual bar drinking versus a present for a special occasion).

For a clearer idea of how an individual scotch ranks against comparative scotches, you could also apply the criteria above to each individual category (single malt, blended etc…) or to scotches at different price points. You might also rank the number 1 scotch from each of the five scotch whisky regions (Campbeltown, Highland, Islay, Lowland and Speyside) which may all impart their own unique characteristics to their scotch.

So, as you can see, there could be several correct answers to the question “What is the number 1 scotch in the world?”, all depending on which scotch you prefer to drink and which criteria matter to you the most.

The key whisky awards, prizes and rankings generally divide scotches along the lines of type, age and/or region. In this article we’ll also be taking a look at what is the number 1 scotch in the world from several perspectives. 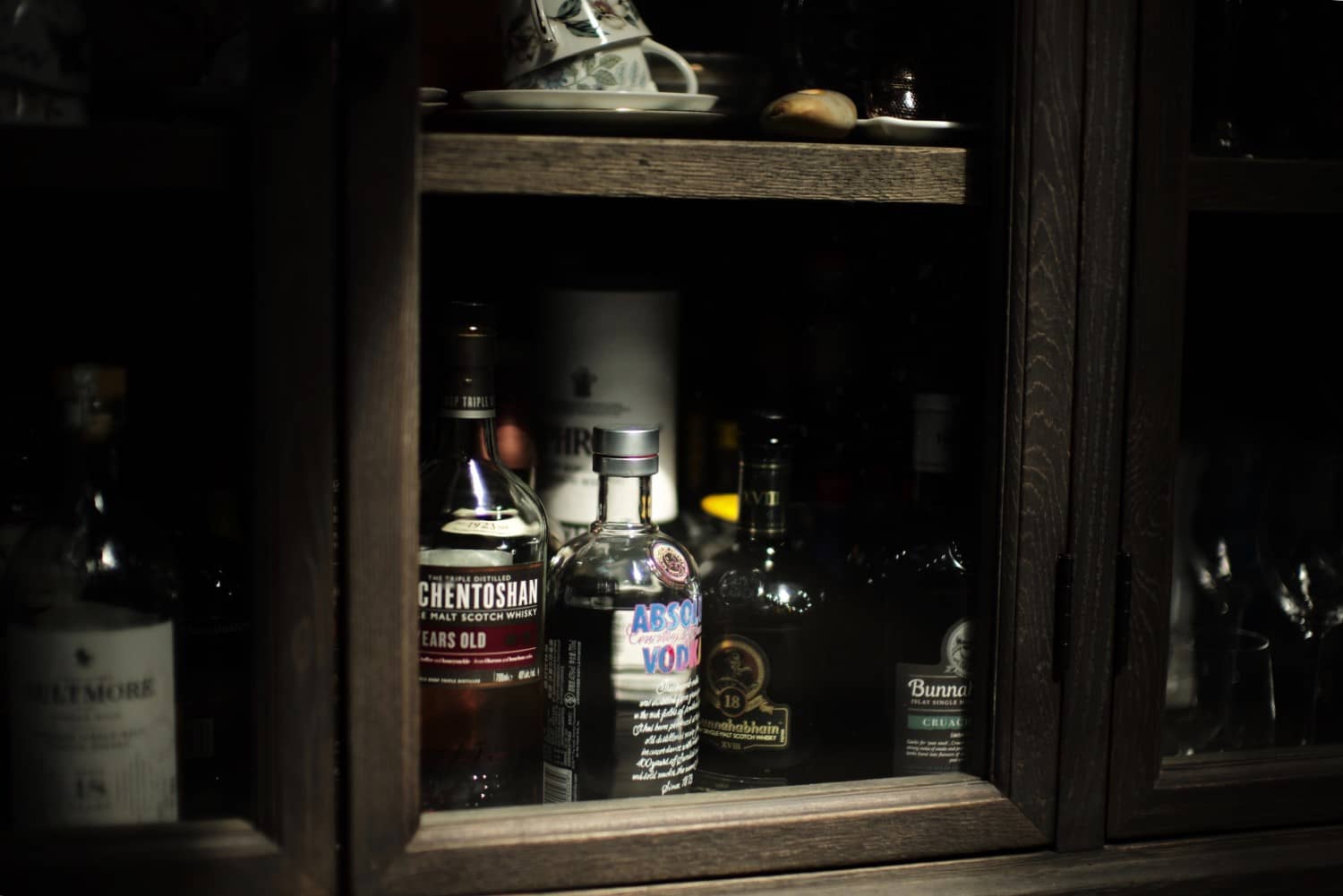 How is the quality of scotch judged?

When tasting or rating scotch or other whiskies, there are some common qualitative criteria which most experts and ordinary drinkers will use. These can be very subjective and dependent on the preferences of the individual. Very few people would answer the question “What is the number 1 scotch in the world?” with exactly the same answer.

What is the number 1 Scotch in the world by popularity?

The most popular scotch in the world will be the one that sells best, having the biggest total market share and/or the greatest total volume sold.

Blended scotch is the top-selling variety of whisky or whiskey globally and data shared by The Spirits Business gives us a picture of the world’s most popular whisky brands. The three top brands of scotch for global sales are currently:

Owned by global drinks giant Diageo, the blended Johnnie Walker Red Label has been the best-selling scotch whisky in the world for decades, selling 14.1 million cases in 2020 and 18.4 million cases in 2019, roughly double the volume of its nearest competitor. A blend of around 30 different malts and grains, Red Label is described as having a citrus aroma, peppery flavor and long, smoky finish.

Grant’s whiskies are made by William Grant ; Sons Ltd, an independent, family-owned company established in 1887. Grant’s sold 3.6 million cases in 2020 and 4.2 million in 2019. Grant’s bestselling Triple Wood blended whisky is matured in three different types of wooden cask, for a scotch with a fruity aroma, sweet vanilla taste, and long subtle finish. 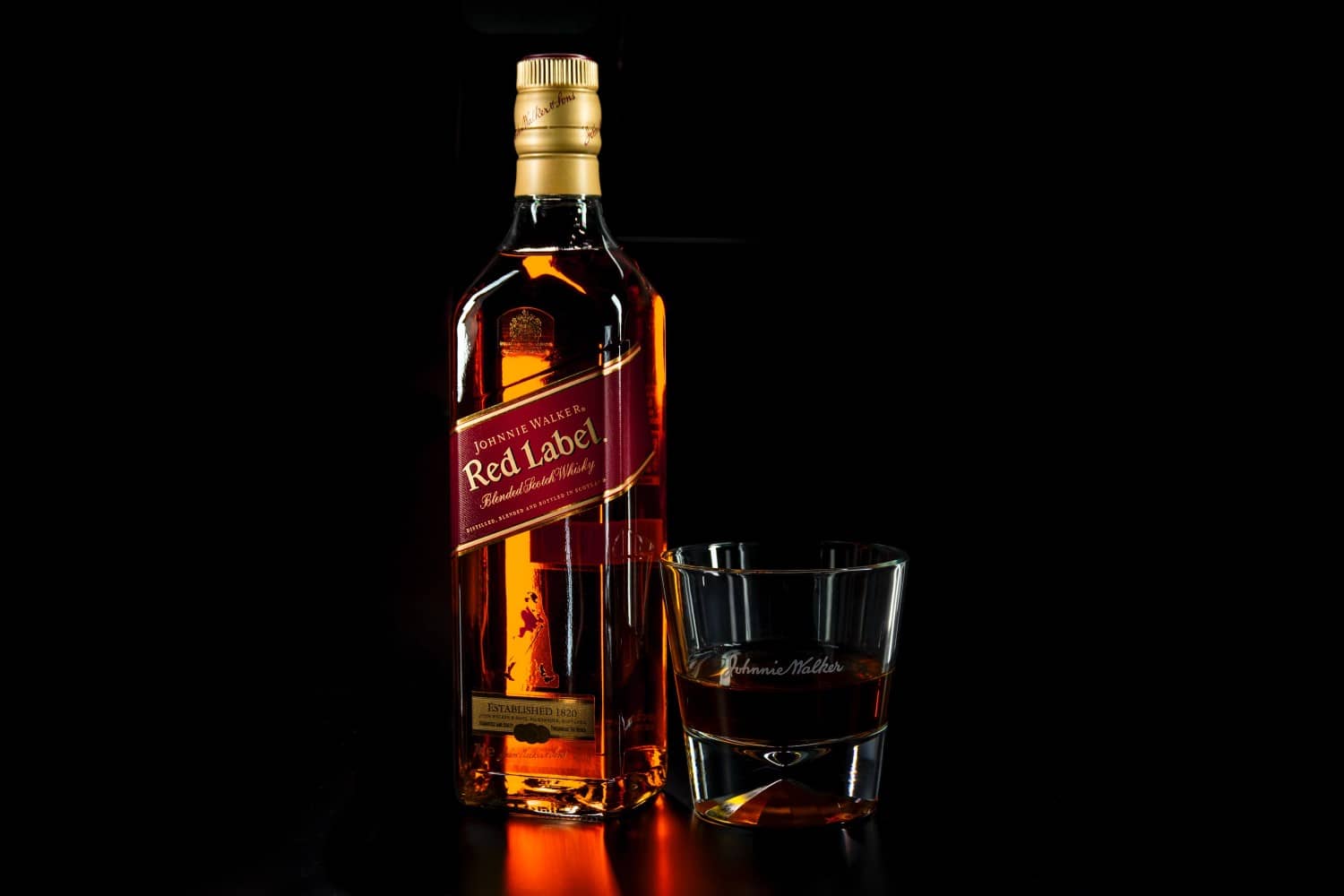 While we can identify some overall global sales leaders, we also find that some brands of scotch are more popular in different parts of the world. For example, the USA, China, India and Europe all have different bestselling scotches. Favorite styles and brands of scotch in particular countries or regions could vary according to factors including local tastes, availability and import/export issues, or successful marketing campaigns.

What is the number 1 scotch in the world by awards and prizes?

Quality and style of scotch are recognized through a range of awards and prizes given by industry and expert-backed groups, drinks media or others. Here we take a look at some of the 2020/21 top winners, as well as scotch whiskies which have been consistent winners over a number of years.

At the “World Whiskies Awards”

The World Whiskies Awards, organized by Whisky Magazine, are amongst the most prestigious global whisky awards. Expert judging panels drawn from whisky industry, retailers and and press look across all recognized international whisky and whiskey styles.

At the “Scotch Whisky Masters”

The Scotch Whisky Masters awards are organized and staged by The Spirits Business magazine, with judging panels of independent industry experts. Bronze, silver and gold medals are awarded in a variety of single malt, grain and blended categories following blind-tasting and rating.

The 2021 overall Scotch Whisky Masters “Taste Master” winner was Bunnahabhain 25 Years Old, described as being a delicate yet complex single malt, with a smooth and sweet, roasted nut flavor and aromas.

At the International Whisky Competition

The International Whisky Competition has a large online following for its annual whisky awards event, judged by a panel of professional drinks experts. In 2021, the gold medal for Whisky of the Year was won by Ardbeg Uigeadail, a deep, smoky whisky, matured in old sherry casks.

What is the number 1 Scotch in the world according to connoisseurs and whisky enthusiasts?

While blended scotch is the global best-seller, it is single malt scotch which has the reputation as a gold-standard spirit, with a consistent market for rare, premium and luxury varieties. Single malt scotch draws a dedicated following of devotees who appreciate the complex flavors, aromas and aftertastes of different brands and ages. There are many websites, magazines and communities devoted to the appreciation of scotch whisky.

From Jim Murray’s “World Whisky of the Year”

Whisky writer and expert Jim Murray’s “Whisky Bible” and annual World Whisky of the Year ratings are well respected assessments of quality in the industry and amongst whisky connoisseurs.

Manufactured in Ardbeg’s distillery on the remote Scottish island of Islay, Ardbeg 10 Year Old single malt has been named ‘World Whisky of the Year’ in four of the last seven years. Its numerous accolades inspire its producers’ description as: “the most highly awarded smoky single malt whisky in the world”. Rich and smokey, the Ardbeg 10 year aged single malt scotch’s taste notes include licorice, tobacco and coffee.

2021 winners in the “Scotch Whisky of the Year” section included: 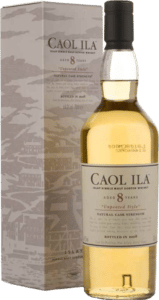 At the “Malt Maniacs Awards”

The Malt Maniacs collective of worldwide malt whisky enthusiasts have been running their own independent Malt Maniacs Awards (MMAs) since 2003.

In 2020, the supreme winner and best premium whisky at the MMAs was the Caol Ila 8 Year Old single malt scotch from James Eadie. Distilled and matured on Islay, this scotch is described as having earthy and smoky qualities with a long, peppery finish.

A number of online whisky sites and communities produce lists of the world’s top whiskies which are compiled according to consumer reviews or votes.

The Whiskey Exchange site runs a “Whiskey of the Year” competition for whiskies costing under £65, not cask strength and on ongoing release. After voting from customers and staff, with a blind tasting for the top six bottles, the winner Whiskey of the Year 2021 was the Port Charlotte 10 Year Old, a rich and smokey single malt from the Bruichladdich distillery on Islay.

What is the number 1 Scotch in the world by price?

The list of the world’s most expensive whiskies is dominated by single malt scotch. Compared to other kinds of whisky or whiskey, scotch is generally considered a luxury drink, with price tags to match.

The higher price is inextricably linked to the slow speed of the scotch manufacturing process, as well as the cost of ingredients and the long storage period during maturation. The nature of scotch whisky makes it impossible for its makers to boost production in time with rising consumer demand.

This means that when demand outstrips supply (e.g. if China or Japan suddenly start importing a whisky which was previously only selling significantly in Europe and the USA), certain types of scotch can quickly become rare commodities, highly valued on the market and with commensurately higher prices.

Certain scotches are always rare, perhaps either deliberately produced in limited editions, or being the remainder of excellent batches first put on sale many decades ago and largely now consumed. Like fine wines, scotch may be bought and traded as an investment, capitalizing on their rarity.

Limited editions and luxury bottles or decanters are often used by scotch producers for their highest-end products.

How does Scotch pricing works?

Scotch tends to be a more expensive drink than other whiskies or whiskeys, such as bourbon. This is partly because the barley used to make scotch is more expensive than other grains (e.g. wheat or corn). It may be especially expensive to buy in Scotland compared to the US and many other countries which make whiskies.

The single malt scotch aging process is another factor which adds significantly to production costs and pricing. The scotch must be stored carefully in a controlled environment while it matures and there will be no immediate income for a batch until it reaches a salable age.

This leaves distillers waiting years or decades to realize the investment in their scotch. Most single malt scotch is aged for 10 years or more, with the highest quality and highest price single malts aged for far longer. The same single malt scotch may be sold at different ages, rising along a premium price range (e.g. 12, 15, 21, 30, or 50 years old).

The reputation of scotch as a luxury product also has an influence on price. People are generally willing to pay more for something they perceive to be a premium product and the market adjusts accordingly.

The most expensive Scotches currently on sale

The top three most expensive scotch whiskies currently on sale or sold at recent auctions are all from the same producer, The Macallan, their prices driven by some combination of excellent whisky, a luxurious container, and rarity value.

A Macallan Lalique 50 Year Old Whisky topped sales at a Bonhams auction in Hong Kong in February 2021, selling for the equivalent of $136,000. It can be bought online for in the region of $220,000 for a single bottle.

This whisky was a 2005 limited release of 470 individually numbered decanters made by Lalique, the luxury French glassmaker. It is reported as having a burnished gold color, spicy cherry aromas, and long sherry-oak tinted finish.

The Macallan Lalique 55 Year old was released in 2007 with 420 individually numbered decanters from Lalique. This single malt is described as having a dark rosewood color and scents of oak, fruit and smoke, rounded with a smooth, spicy finish.

One of the rarest and most prestigious Macallan scotch whiskies, the Macallan Anniversary Malt 50 Year Old was bottled in 1983, drawn from three casks dating all the way back to 1926-1928.

Scotch is a complex and varied drink. Different brands, blends and regions can produce spirits with contrasting personalities and qualities. At the end of the day there will be no substitute for tasting and comparing some of the different varieties, brands and ages of scotch for yourself in order to discover the flavors, aromas and finish that please you most.

Whether you’re a newcomer to the world of scotch, or a long-term aficionado in search of the ultimate scotch experience, we hope this guide has set you on the right path and given some useful pointers to find out what is the number 1 Scotch in the world from your own point of view.