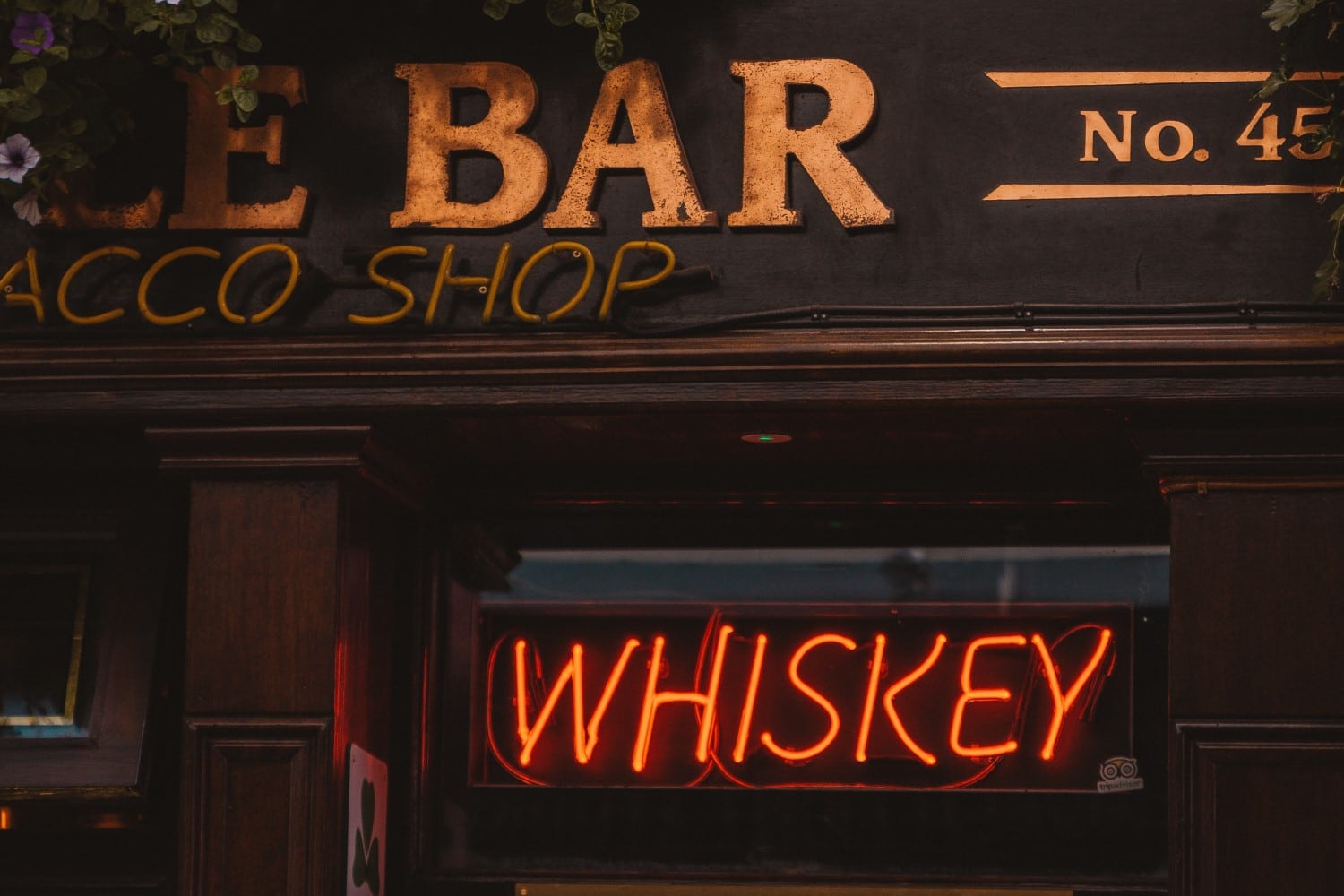 Mankind has been singing their hearts out to drinking songs since at least the 20th century BCE, meaning that you too can enjoy a glass of your favorite whisky with a few choice tunes… You just have to create the perfect whisky music list with the tips on the next paragraphs.

Although people’s choice of music is largely subjective, certain whiskies lend themselves to certain genres of music. While it may have something to do with a shared public image and a connection to the musicians who famously imbibed the spirit, whisky can quickly be lifted to a five-sense experience with the right choice of music.

We will walk you through which genres and tunes you can listen to as you sip a glass of bourbon, scotch, or rye whisky and hopefully you’ll find something you can vibe with. We’ll even give you a few pointers on which brands go best with which songs. 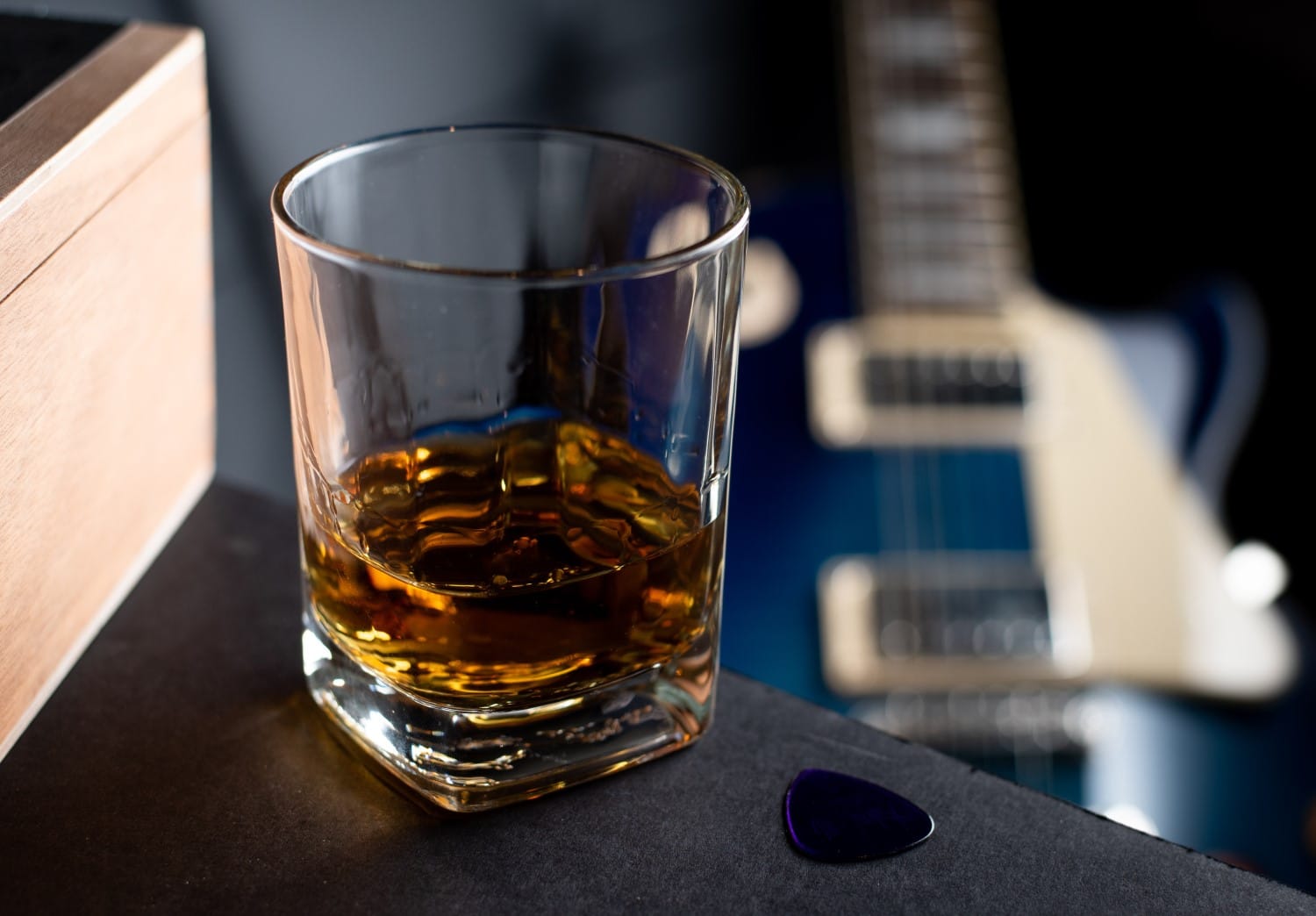 It could have something to do with the abundance of photos showing rockstars like Jimmy Page, Keith Richards, and Tom Petty throwing back a bottle of whiskey, but there’s something to be said about the connection between Tennessee whiskey and a good guitar riff.

Jack Daniel’s, in particular, has a reputation as the go-to Rock N’ Roll drink of choice. Its manly bottle and legendary image lend to the rough and tumble characteristic sound of rock music and it has undoubtedly fueled some of the greatest songs of the past 50 years.

Mötley Crue once even went as far as to use Jack Daniel’s as a replacement for milk in their cereal. While we strongly advise pushing yourself to their limits, rockers clearly love Tennessee whiskey and have made it a part of their music.
As you sip on a glass of Jack Daniels or Chattanooga Whiskey 111, sit back and enjoy a few of these hits from our whisky music list:

Let the guitar and drum riffs carry you away on a journey of Rock N’ Roll but remember—drink responsibly. 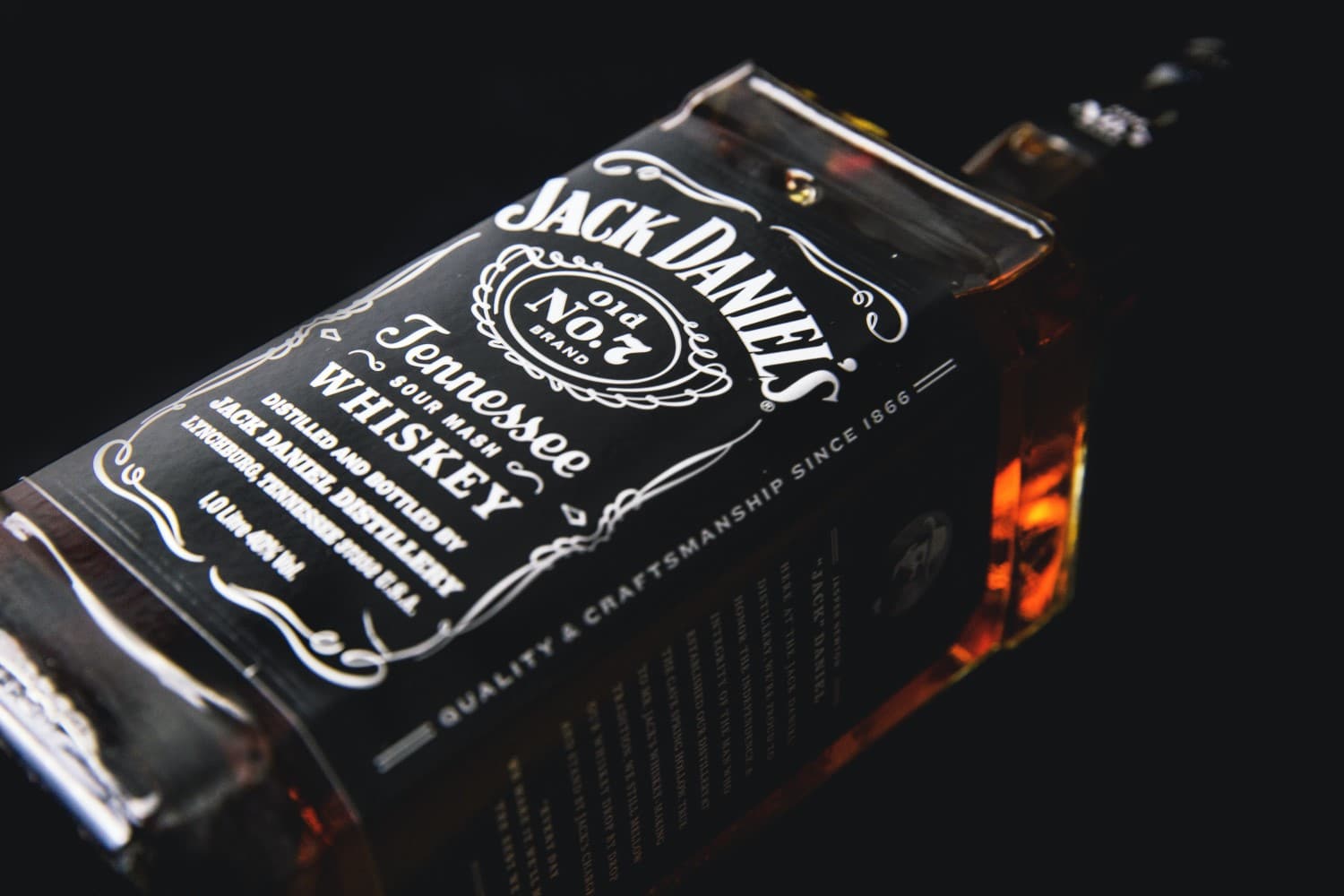 Although born from the same region of the United States, Rye and Tennessee whiskey couldn’t be more different. Flavor-wise, rye packs a spicy, dry punch compared to the sweet and clarified flavor of a good Jack Daniels. Likewise, they harken back to different eras with different music.

Whereas Tennessee whiskey is best enjoyed with the Rock N’ Roll music it inspired around the world, rye sticks close to the Kentucky Appalachian Mountains where it calls home. This makes it the perfect drink for enjoying the twang of bluegrass guitars and the longing calls of a heartbroken country singer.

Pour yourself a glass of Old Forester, Wild Turkey or Wheel Horse and reminisce about better times, old loves, and the values you hold dear as you listen to a few of these classic country and bluegrass hits from our whisky music list:

Soon enough, you’ll feel as if you’re traveling through the Blueridge Mountains enjoying the best-distilled rye whiskeys America has to offer. 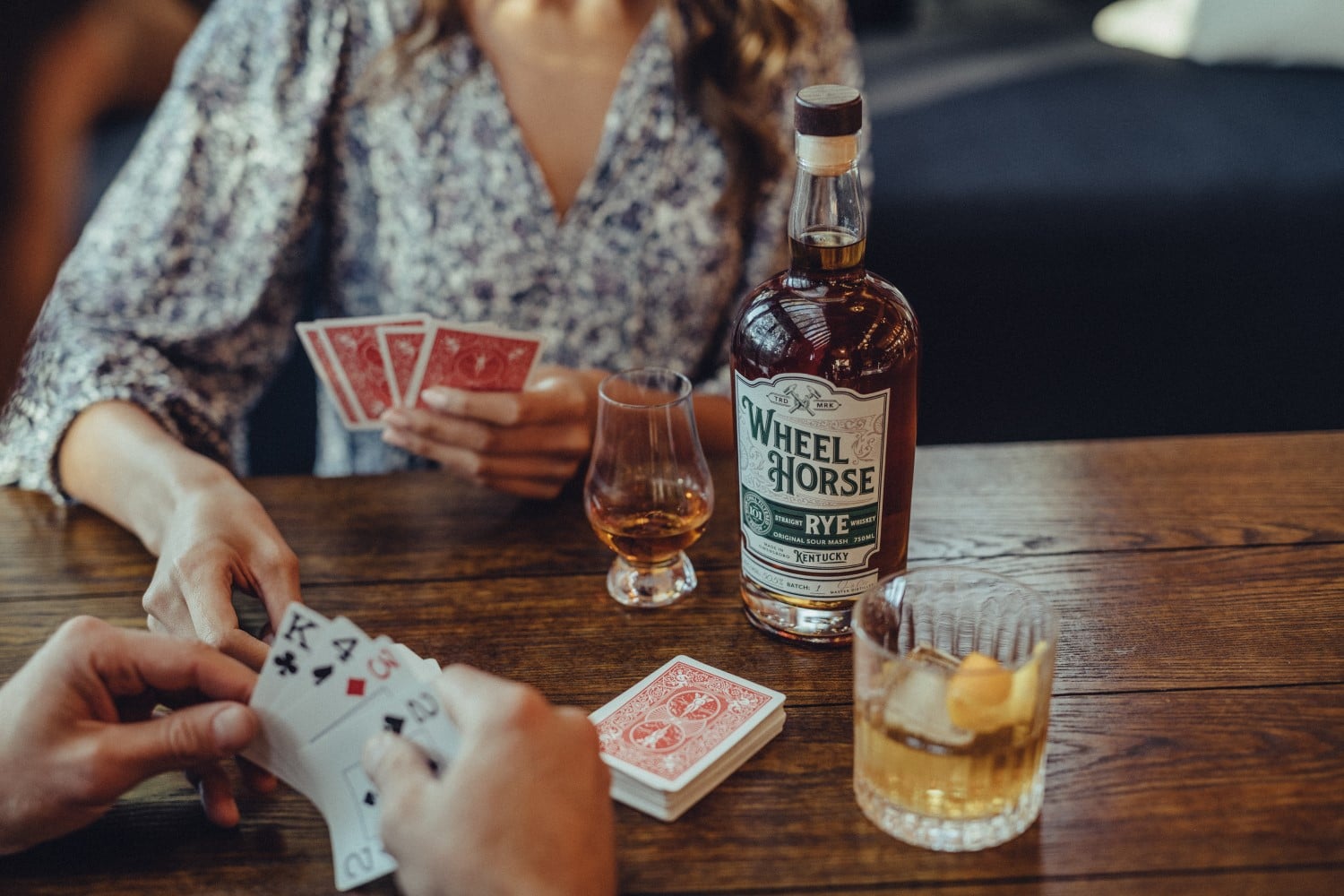 We know you were probably expecting to hear that scotch whisky goes best with traditional Scottish music but that seemed a little too obvious. Not to mention that the bagpipes have fallen out of favor in the music world over the last few centuries. No, instead, scotch whisky should be paired with the smooth tones and complex rhythms of jazz music.

You see, jazz and scotch have a lot in common. They’re both complex umbrella terms for a wide selection of regional varieties. They both feature smoky undertones, silky top notes, and a sort of mystical air of sophistication and culture. And finally, they’re both just so darn good.

As pretentious as it may sound, nothing beats lounging on a cold autumn evening with a glass of Glenfiddich 18-Year with a Miles Davis record playing through the house. You’ll notice soaring flavors as Miles sails through polyrhythmic jazz scales on his horn.

We recommend picking a few jazz standards from our whisky music list the next time you sit down with a glass of your favorite single malt scotch:

Let these talented performers carry you away on a path of exploration through the intricate flavors of your scotch. Their vocals, trumpets, and saxophones will lull you into a place of relaxation and contemplation. 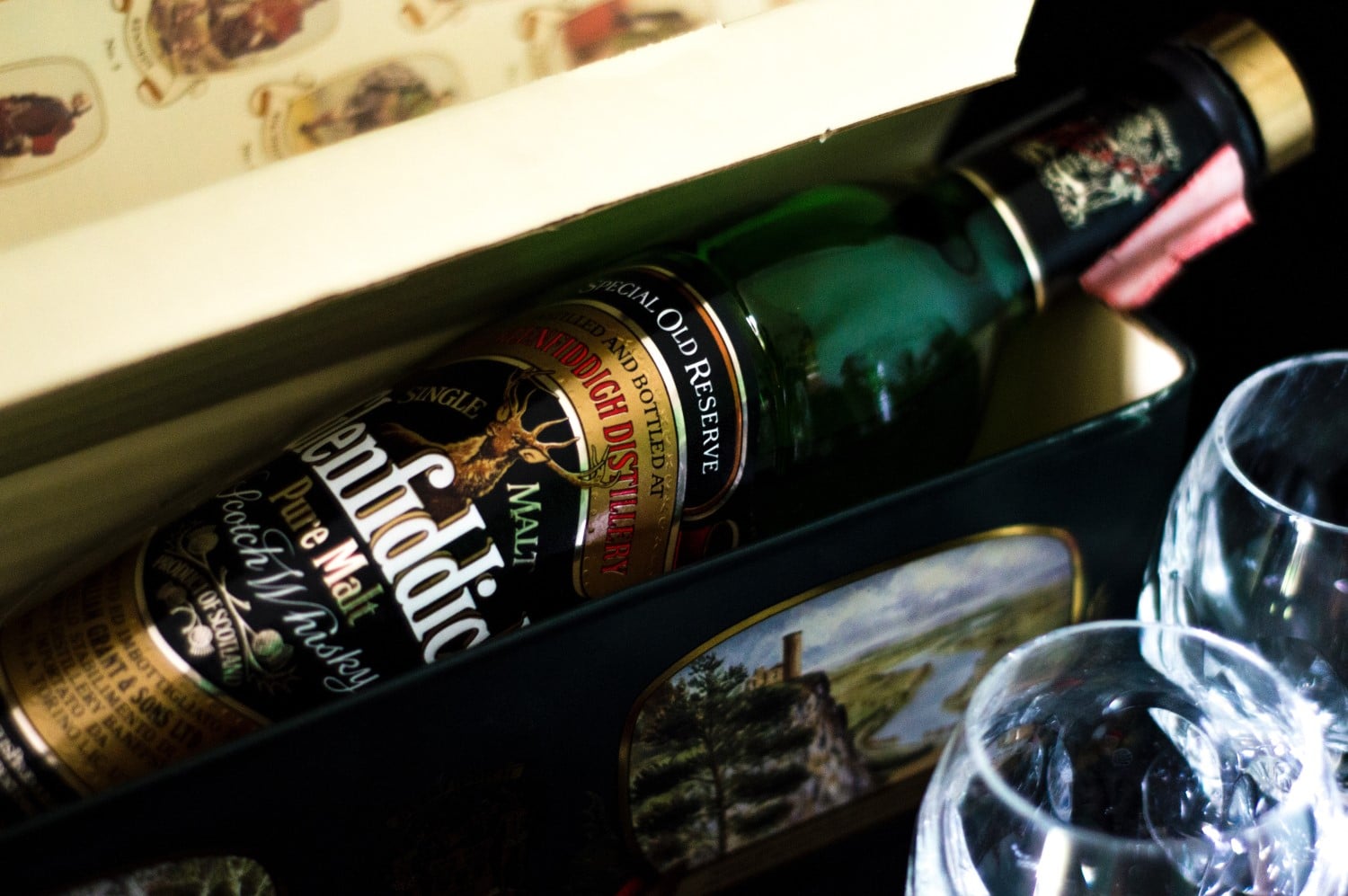 Although similar to bourbon, Canadian whiskey has a lighter, sweeter flavor created by using a blend of different grains, although still relying on a heavy backbone of corn mash. Thanks to their smoother profile, Canadian whiskey works wonderfully as an addition at your next house party. Pair it with the same poppy tunes you’d expect to hear on a night out.

Crown Royal—perhaps the most internationally known Canadian whiskey—is famous for its sweet tinge of maple that makes it an ideal mixer or a neat party sipper. Paired with the bubbly and sugary tones of 1980’s pop music, it takes on a life all its own.

For something a little more traditional, you might prefer a Canadian Club. Its wintery spices and caramel finish blend well with Coca-Cola or can be had on its own, over ice. As you enjoy your party beverage, make your way out onto the dancefloor for some fun with friends.

If you’re not a huge fan of pop music, you might not know where to start. We can recommend a few classic hits from our whisky music list:

Parties are for having fun, taking your time to enjoy the night, and dancing until the sun comes up. See what your friends are doing this weekend and plan to have a whiskey bar stocked with Canadian whiskey and a funky pop playlist. As always, though, remember to drink responsibly! 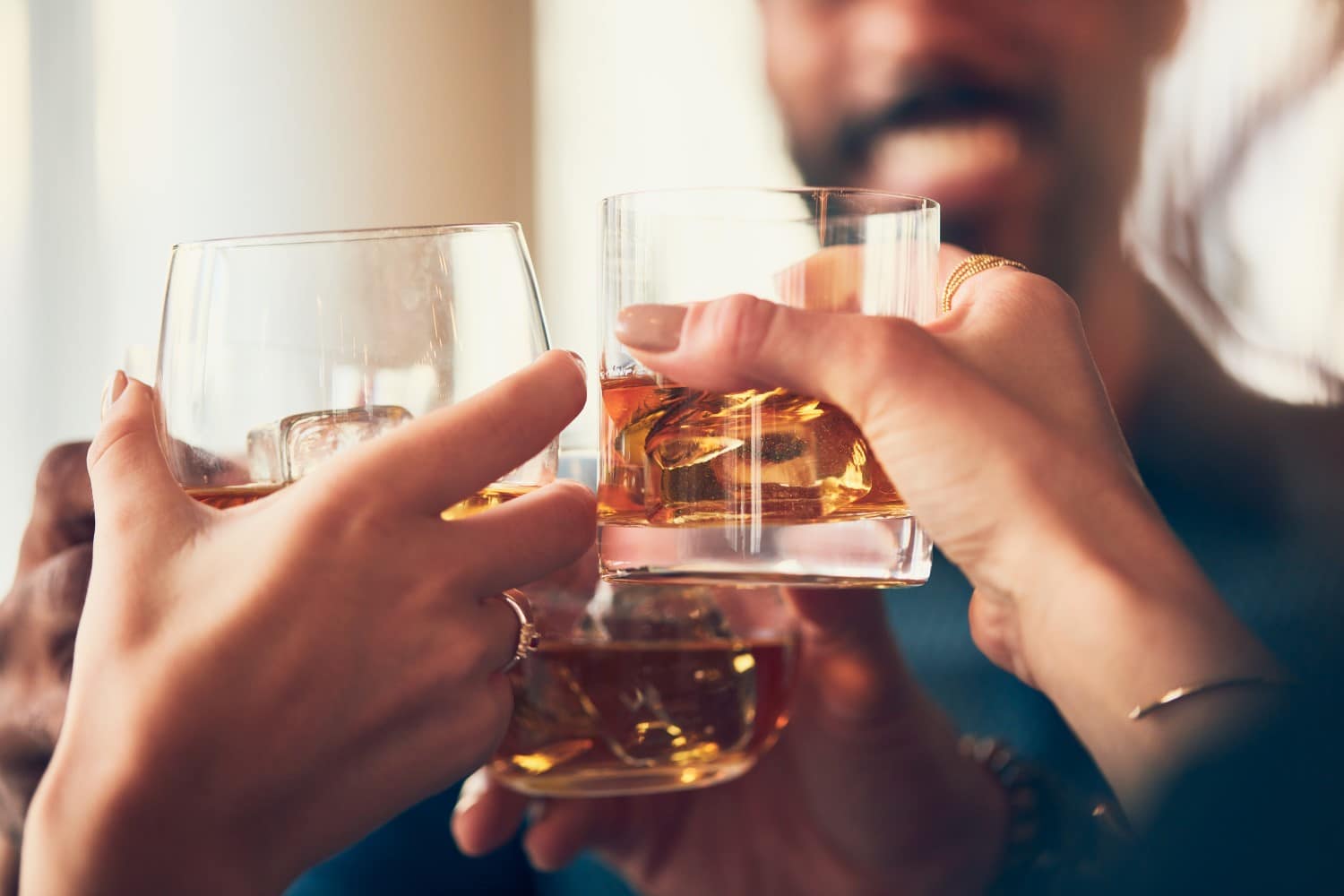 Music might not be the first thing to come to mind when you think about pairing whiskies. Yet, music and drinks have gone together since the dawn of mankind. They have influenced each other and brought us all together for fun, appreciation, and comradery. The trick is to pair your whiskies with the right kind of music and have the perfect whisky music list for every spirit.

Whether you prefer the Rock N’ Roll vibes of a Tennessee whiskey or the smooth jazzy tones of a single malt scotch, you can enhance your experience by adding a whole new layer to your favorite whisky. Jam out to your favorite tunes as you slowly enjoy the complexities of your beverage.