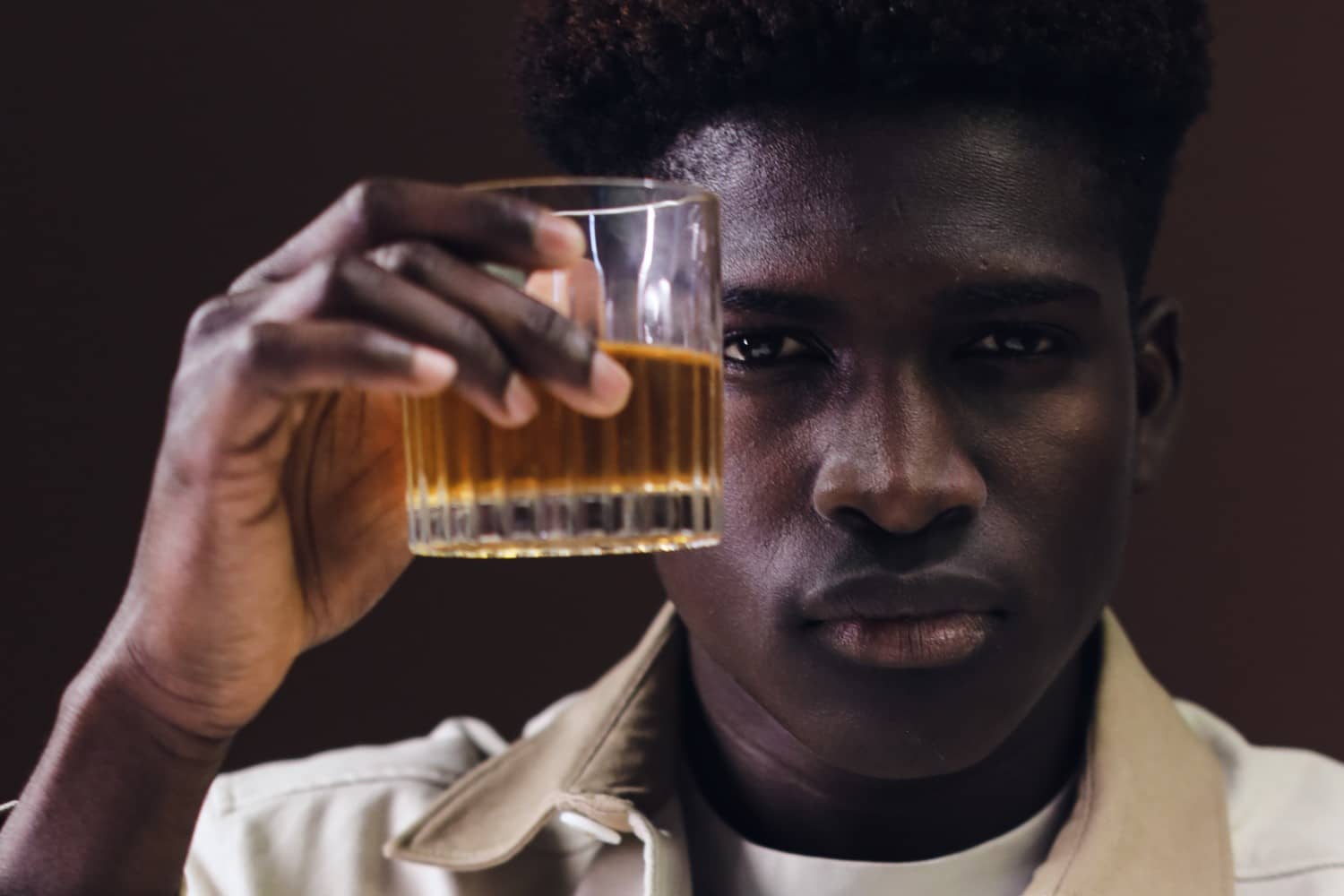 The best thing about drinking scotch whisky is that it’s so versatile. You can enjoy single malt whisky, blended whisky, and even single cask whisky. You can drink it without ice, or toss in ice or chilled whisky rocks. You can hold the whisky in a Glencairn glass, a highball glass, or wing it with a straight-up tumbler like a rocks glass. You can drink your whisky neat or add water to bring out the alluring flavor.

If some of those terms are new to you, don’t feel intimidated—we’ll explain all in this article. If you’re a seasoned whisky drinker who can tell a Lagavulin from a Laphroaig, check out this article and shake up your ways. Read on for the best way to drink scotch. 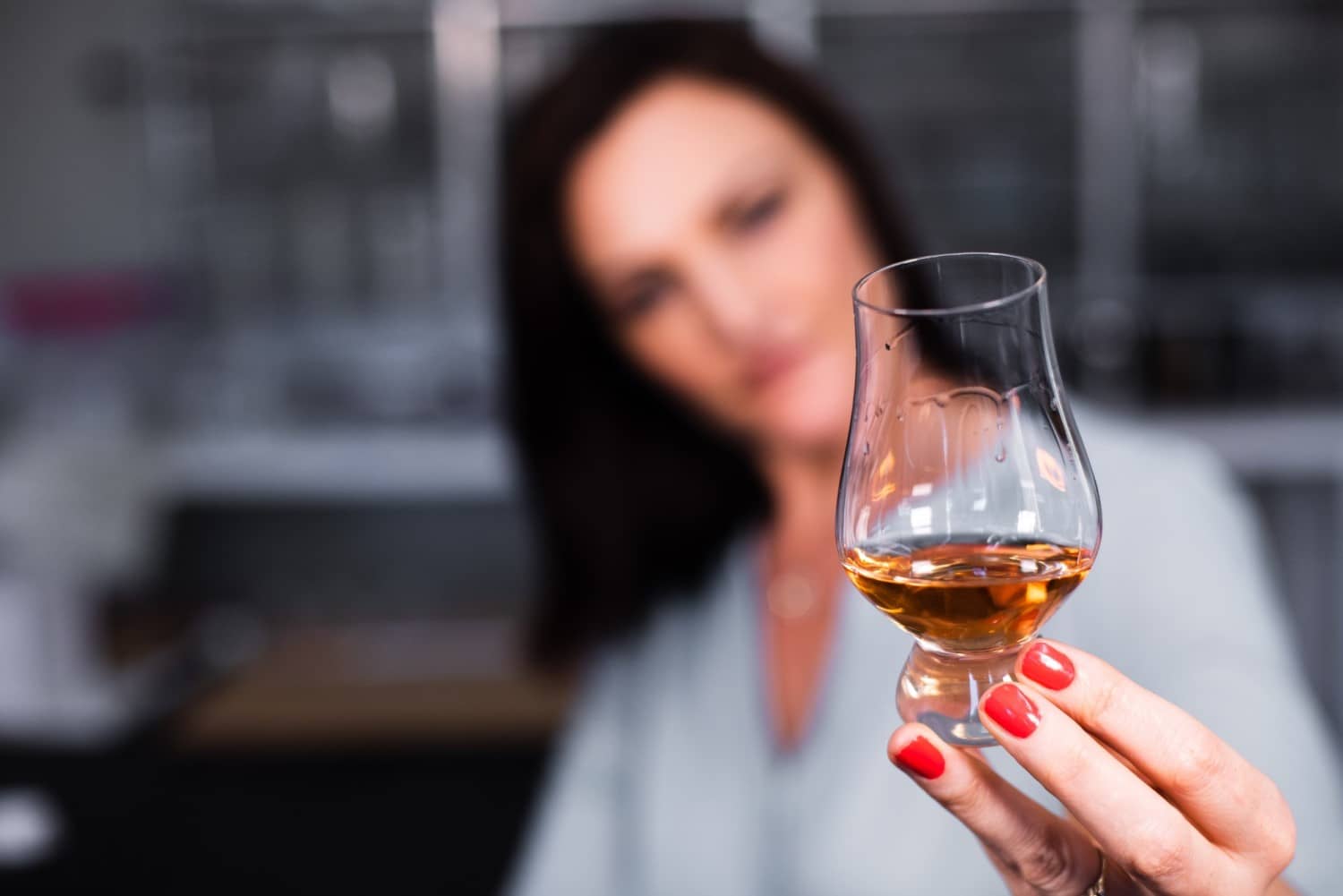 Don’t sweat—we’ll keep this sweet and simple. (And this helps you figure out the best way to drink scotch, we promise).

Under the Scotch Whisky Regulations, genuine scotch whisky must meet these rules—we’ll spell out just a few:

There, that wasn’t so hard, was it?

Wondering how’s Scotch Whisky is made? Here’s the answer for you: https://www.whiskyflavour.com/blog/how-scotch-is-made/

It’s interesting to note that whisky doesn’t get stronger with age, it weakens. That’s because in the mild Scottish climate, alcohol evaporates faster than water, so whisky mellows as it ages. However, the longer scotch ages in a cask, the more it picks up the distinct flavor of the wood.

Believe it or not, casks used for other alcohols very different from whisky, such as sherry and bourbon, are often emptied once done and switched in to age whisky. Thus, you may find that some whiskys that used those casks take on some semblance of flavor from the previous liquors!

Whatever the barrel that ages the whisky, the best way to drink scotch begins in the scotch you choose. 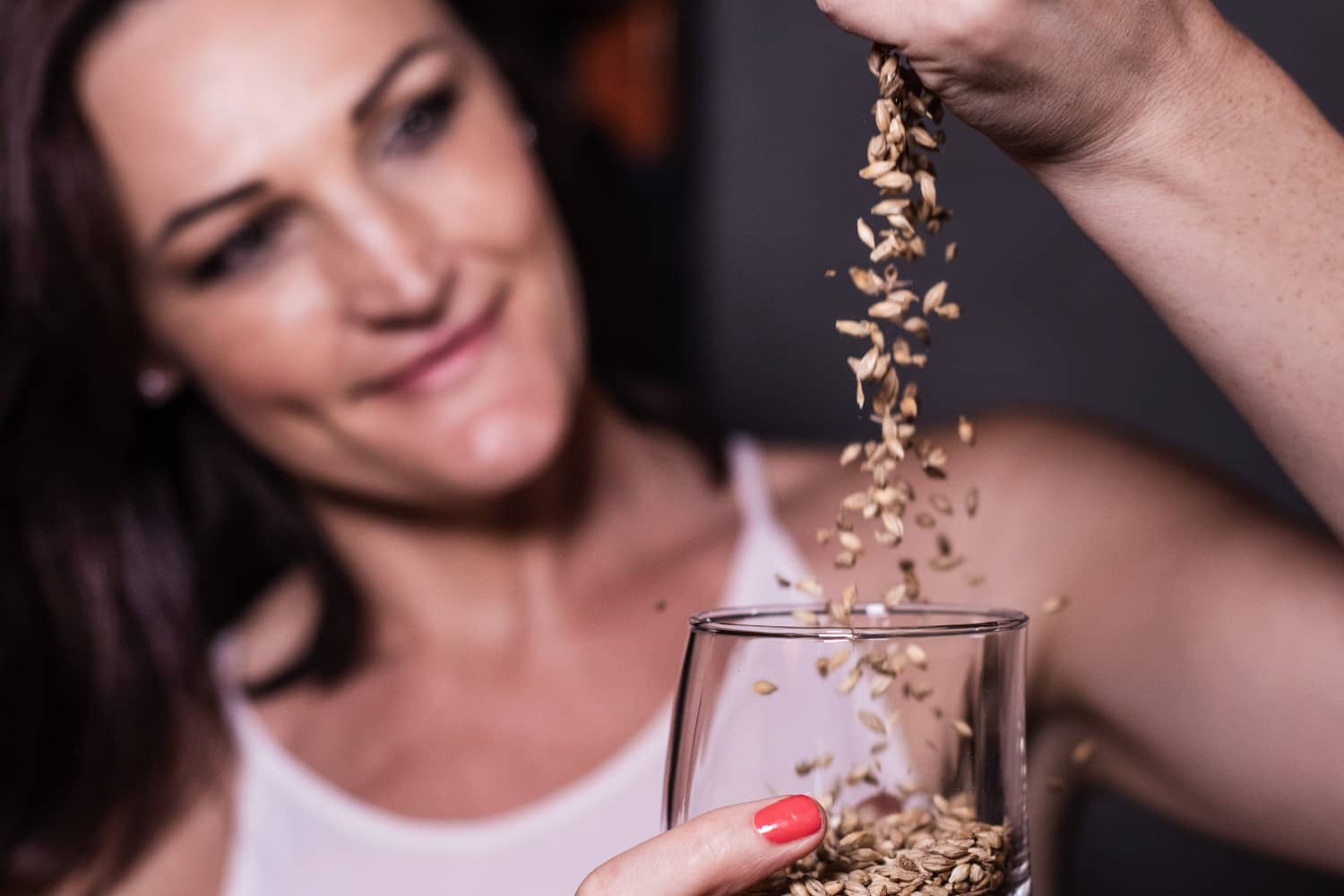 The best way to drink Scotch Whisky – Step by Step

Well, before finding out the best way to drink scotch, you’ll have to know what’s the best expression for you. The important thing to remember is to keep an open mind and try any of the tempting selections ahead, as all of them sure taste exquisite—like browsing an art gallery with contrasting but fascinating collections of art.

While the Scottish Whisky Regulations have their own categories of scotch, let’s take the popular approach to the types that curious beginners can sample. You can try a single malt whisky, blended whisky, or single cask whisky.

A single malt whisky is made by one distillery, using only 100% malted barley and no other grains. Due to the greater brand distinction, these single malt whiskys are usually premium priced over their blended counterparts.

However, if you’d like to sample an original flavor and body of a whisky, this is a good start.

A blended whisky, as its name suggests, is made from different whisky blended together from several distilleries.

Are you a newbie regarding Scotch Whisky? Here’s the Ultimate Guide for choosing the Best Scotch Brands for Begginers!

These can be excellent as well as brands expertly mix them together to produce a rich, smooth flavor—smoky, fruity, creamy, or wood-tinged. Whether you should start with a single malt whisky or a blended whisky is up to you; try one or the other and you’ll find your sweet spot.

Finally, a single cask whisky comes in limited editions and is made in just one container in one distillery, which allows connoisseurs to sample a much wider variety of tastes. However, if you are a beginner, a strong, unexpected taste may not be your “cup of tea.”

This background brings us to our burning question: the best way to drink scotch. Let’s dive in.

Picking the Best Glass for Your Whisky

Aficionados of scotch swear by tulip-shaped glasses also known as whisky snifters or Glencairn glasses, since the idea is that the bulb shape traps the distinctive aromas near the base. These are part of the best way to drink Scotch, however, if you don’t have these handy, wine glasses or champagne glasses do the job just fine too.

Most bars will serve the whisky in tumbler-style glasses, either low-ball or highball. These do the job great too, especially if you like ice to chill your whisky (more about that coming up). 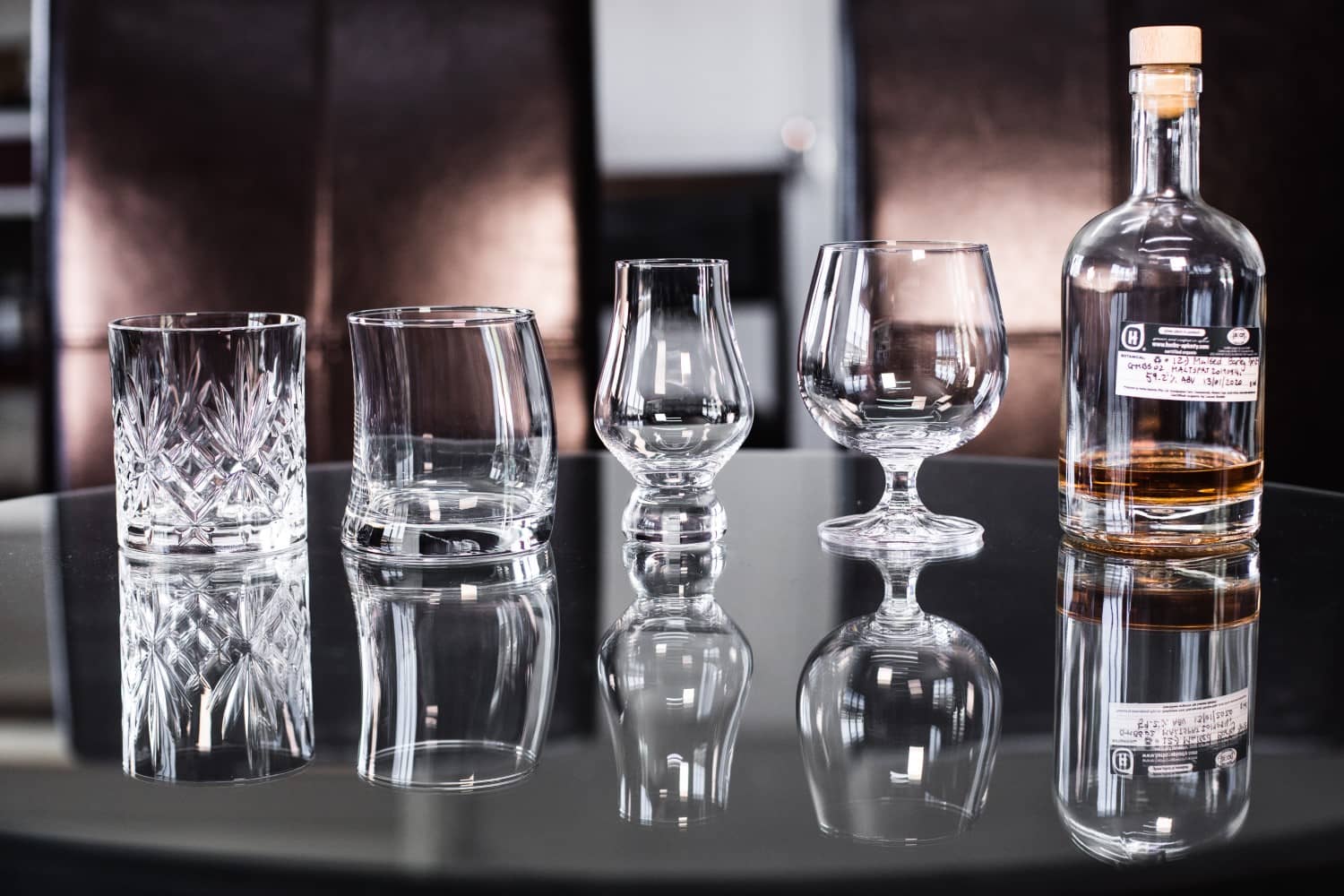 Take the Time to Scent Your Whisky

3rd step of the best way to drink Scotch is to scent the spirit! Some people like to sniff their whisky before they drink it, to sample the many different aromas that arise. The aroma may be fruity, salty, smoky, sweet, or woody.

The malt barley may have been smoked over a peat fire, enhancing its smokiness, as well as the fact the cask itself may have been charred from the inside to prepare it for holding whisky. As for the woody aroma, that arises from the oak casks used for aging the whisky. Some species of trees impart flavors that resemble caramel, dried fruit, or cream, which add further depth to delighted taste buds. 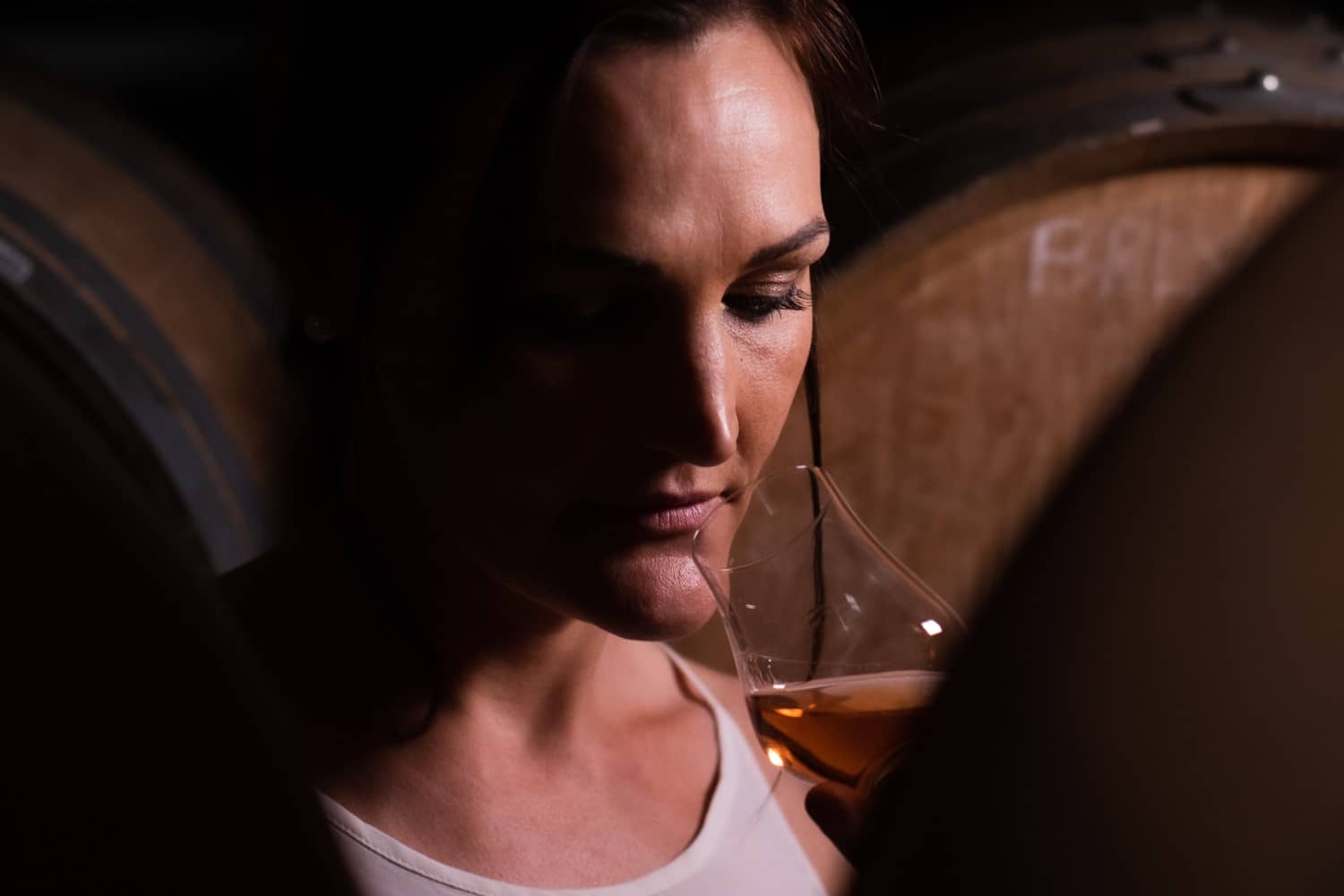 Scotch Straight In, or Add Water and Ice?

Even connoisseurs of scotch add a few drops of water to their scotch (it’s been scientifically determined that a little water opens up new whisky flavors!) Alternatively, you may sip water to cleanse your palate in between drinks.

Some advocate drinking the scotch at room temperature in order to appreciate its full flavor, but if you like your drinks chilled, there’s nothing wrong with adding ice or chilled rocks. (The “stones” are made of natural rock, usually soapstone which is naturally non-toxic, or other versions could be made of metal. They are chilled in a freezer prior to putting into your drink).

The key thing about adding ice, though, is to make sure it doesn’t dilute your whisky too much as the ice melts over time. To avoid dilution, you could add a few big chunks of ice, rather than smaller ice cubes.

Even if you chill your whisky, take small sips and savor them. You’ll find, as the whisky warms up in your mouth, more distinctive flavors will emerge. 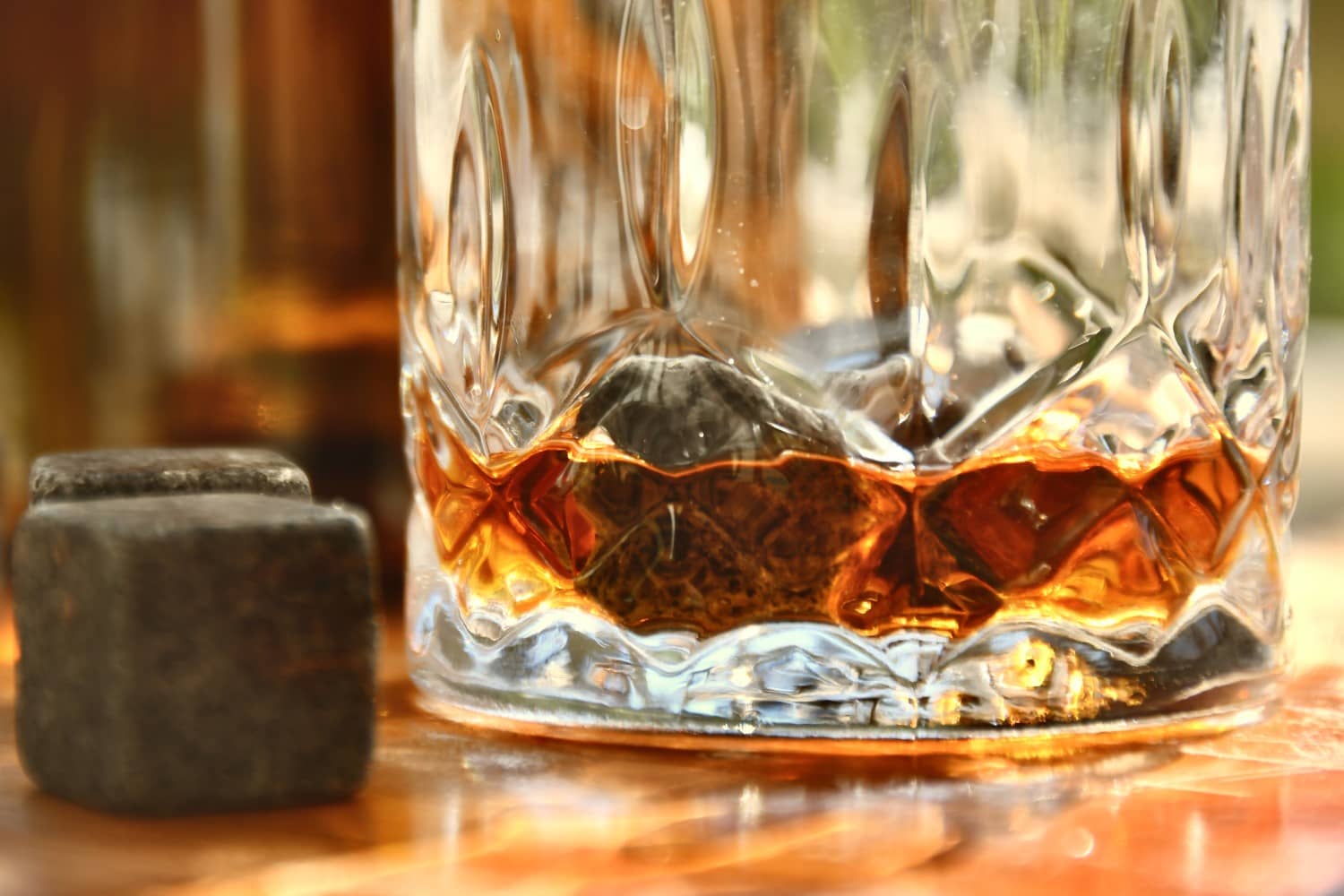 The Best Way to Drink Scotch – The Round Up

Sip the scotch slowly, take your time. Scotch is a sipping drink; it is best enjoyed when you’re not in a rush. The first sip may taste quite strong, but that’s normal as your taste buds acclimatize to the unique flavor.

As mentioned, you can add a little water, say a thimbleful, or you can sip water in between drinks. Make sure, though, that the water is natural spring water, as tap water may contain the additives that your local municipality adds in order to filter or fortify the water. (Same if you use ice cubes!)

Some people like scotch best as a cocktail. The possibilities are endless—a scotch and soda? A classic taste. Or a Rob Roy, which is scotch and vermouth. Or a Rusty Nail, which is scotch and the sweet liqueur Drambuie. Feel free to experience scotch cocktails after looking up recipes, such as scotch with grapefruit juice and honey-ginger syrup for a winter-friendly taste. For those who like the taste of soda pop, there’s also a “Johnnie and Ginger,” which is Johnnie Walker red label and ginger ale.

There you have it—the best way to drink scotch. Now, go out and buy a bottle of scotch at a reputable liquor store, and be sure to talk to the helpful staff for tips as to what to buy!