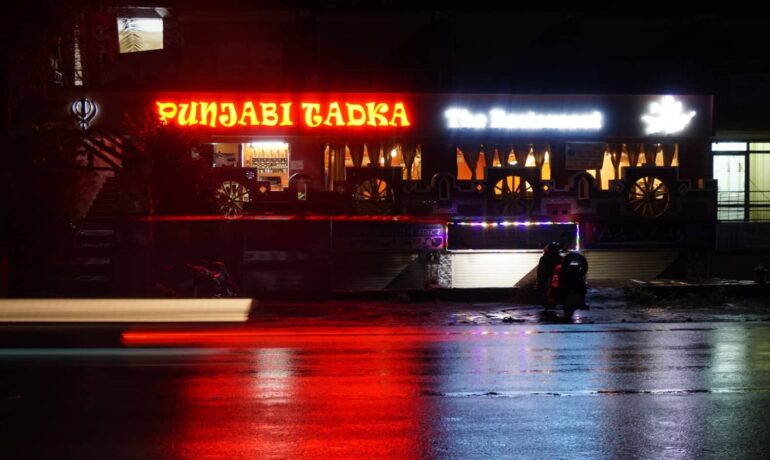 India is the country which consumes the most whisky in the world. More surprisingly for some, it is also the world’s biggest whisky producing nation, outstripping Scotland, Ireland and the USA. India produces 13 of the world’s best-selling whisky brands (including all of the top four in 2020) with its whisky offer ranging from budget drinks to award-winning blends and luxury single malts…

If you love whisky but have never tried Indian whisky brands then make sure you read this article. Learn all about this topic and give yourself the chance to try some of the unmissable whiskies which this amazing country produces and distributes.

India is the country which consumes the most whisky in the world, accounting for almost half of the total drunk globally. In 2014 India was estimated to have consumed 1.548 billion liters of whiskey, a significantly greater quantity than the USA in second place on 462 million liters.

While whisky has been the most popular spirit in India for over a century, it was not until 1982 that the drinks company Amrut became the first to produce malt whisky in India itself. Paul John became the second Indian whisky producer in 1996.

Initially both companies were making blended whiskies. They then also moved into single malts as local interest and demand grew. Now, both Amrut and John Paul are award-winning Indian whisky brands, recognized for the excellence of their single malt whiskies at events such as the International Wine and Spirits Competition in 2020.

Other Indian whisky brands followed their lead and the production of this spirit has boomed in the last couple of decades, winning domestic and international market share, prizes and fans. Sales of Indian single malts are growing by about 10% per year.

India’s appetite for whisky is diverse, with markets for whiskies of all varieties, qualities, and price, whether imported or domestically produced. Globally, recognition of the quality of certain Indian brands is rising, along with their consumption.

Indian whisky brands and their production

It’s important to note that much of what is produced and drunk as ‘whisky’ in India might not be recognized as such in the wider world.

Under Indian law, whisky producers are allowed to blend a spirit distilled from fermented molasses with either grain whisky or pre-blended Scotch. This yields a drink that.is thick, sweet and more like rum. This product cannot be sold in Europe, USA or some other parts of the world as whisky.

In contrast, the fundamentals of Indian single malt whisky production will resemble those of Scotch or other whiskies, with the spirit still being made in pot stills and oak casks, aged for a certain time period etc…

There are also several distinguishing features around Indian whisky production which give the finished item its unique profile. For example, higher temperatures and lower humidity in India lead to greater levels of water evaporation and therefore a significantly higher “Angel’s Share” and increasing alcohol by volume (abv) during maturation.

The same climatic conditions speed up the whisky maturation process by three to six times, meaning that a three-year-old Indian malt could have similar maturity to an 18-year-aged Scotch.

Indian whisky brands tend to use 6 row barley, which is widely grown, cheap and available in India. In other parts of the world, 2 row barley is more commonly used in whisky production but this is more difficult to grow in India and would add further costs if imported.

Any peated malts made by Indian whisky producers use imported Scottish pre-peated barley.

Indian single malt whiskies are often described as being fruitier than Scotch or whiskies of other origins, with notes of tropical fruits including mango, banana or pineapple. They may be sweeter, with hints of dessert flavors such as vanilla, caramel or treacle.

There is also a spicier character to Indian whisky, apparently resulting from the use of 6 row rather than 2 row barley. The speedy maturation of Indian whisky means that the spirit spends less time in the casks resulting in a lighter and fresher body in the final product.

w of the biggest, best or most acclaimed Indian whisky brands.

Amrut whisky is made by Amrut distilleries and was the first single malt to be produced in India. Its sales, innovation and reputation continue to impress today.

Taking its name from the Sanskrit for “Elixir of Life”, Amrut is one of the Indian Whisky brands that began to gather international fame and recognition for its single malt whiskies after a series of excellent ratings and reviews from whisky connoisseurs and publications. Leading whisky expert, Jim Murray, named Amrut Fusion single malt whisky as the third best whisky in the world in 2010. 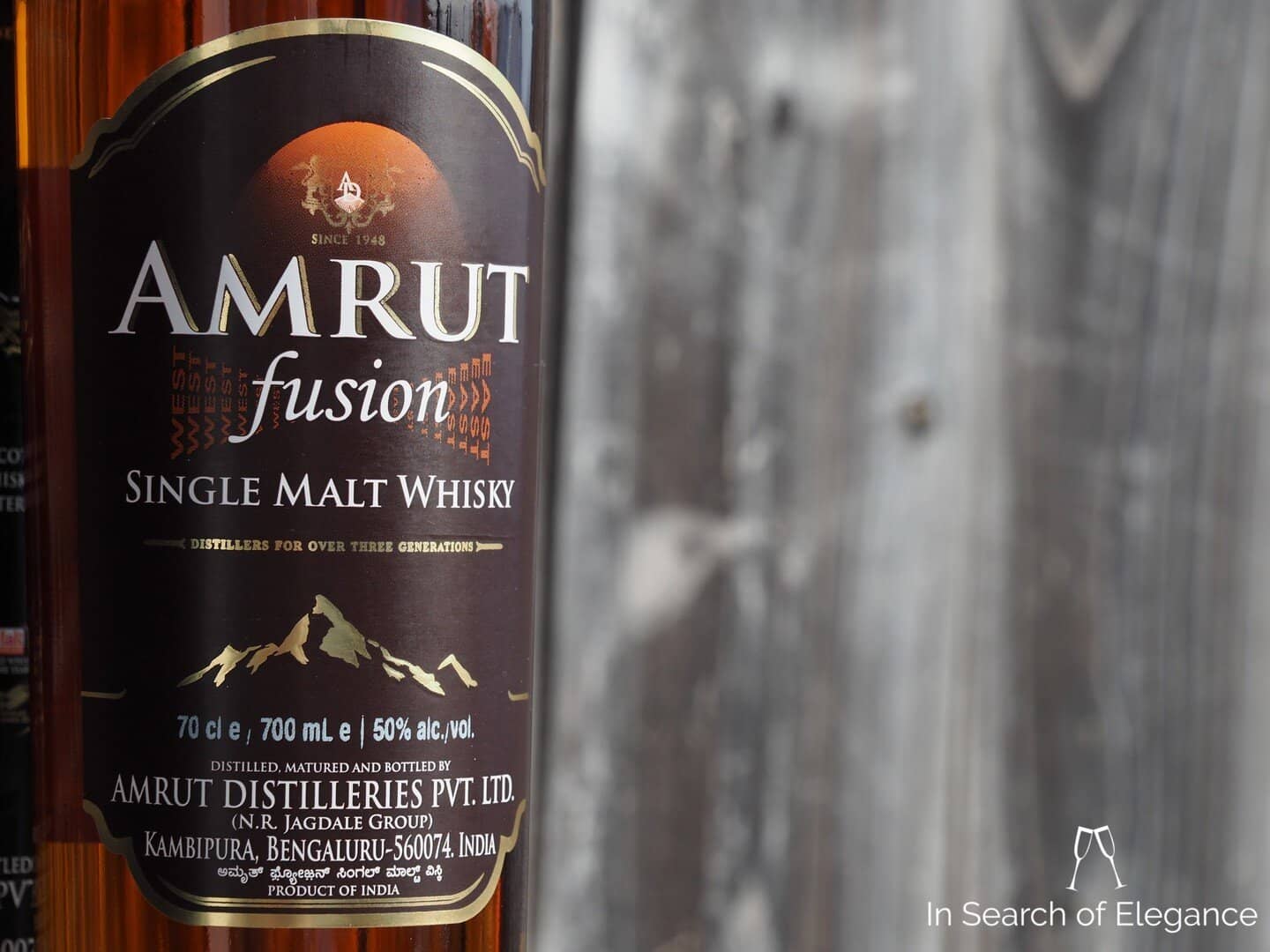 John Distilleries were the second malt whisky ‘pioneer’ in India, following closely in the footsteps of Amrut Distilleries and achieving success with the Paul John brand of whiskies including their award-winning single malts. Paul John whiskies can now be found in most European markets, the USA, Australia, and in many countries across Asia.

Rampur Distillery was the original name for one of India’s largest spirits companies, Radico Khaitan, and has been making molasses-based whisky for over fifty years. Rampur began producing malted barley for its blends in 1990 and launched a first single malt for export in 2016.

Like Amrut and Paul John, Rampur is one of the indian whisky brands that’s scoring highly with its single malt whiskies on the global stage and increasing its reputation and exports steadily.

The biggest selling Indian whisky brand is owned by United Spirits, a subsidiary of Diageo, with headquarters in Bangalore. McDowell’s No.1 Whisky was launched in 1968, a blended product of imported Scotch whiskies and Indian spirits.

Second on the list of Indian whisky brands global bestsellers, Officers Choice whisky is produced by Allied Blenders & Distillers and made from grain rather than molasses. Positioned as an affordable but aspirational drink, Officer’s Choice is popular both domestically and overseas.

Third on the global bestseller list and owned by Pernod Ricard, Imperial Blue is made with a blend of Indian grain spirits and imported Scotch malts.

Imperial Blue, McDowells and Officers Choice are all Indian blends, which has no precise legal definition in India. The base ingredients, including the use of molasses vs grain spirit, is allowed to vary. If you’re a whisky traditionalist you may be happier with a single malt from one of the first three listed brands.

Indian whisky is a lesser known but worthwhile territory for whisky enthusiasts to explore, especially if you have never tasted any of these Indian whisky brands before.

Perhaps you’re curious to learn about how the big global sellers like Officer’s Choice compare to the equivalent brands commonly sold in the USA or Europe. Or maybe you’re a single malt afficionado who would like to broaden your palate with a fruity, spicey, prize-winning offering from Amrut, John Paul or Rampur.

If you have a passion for whisky then do think about what India can offer. You may be pleasantly surprised.