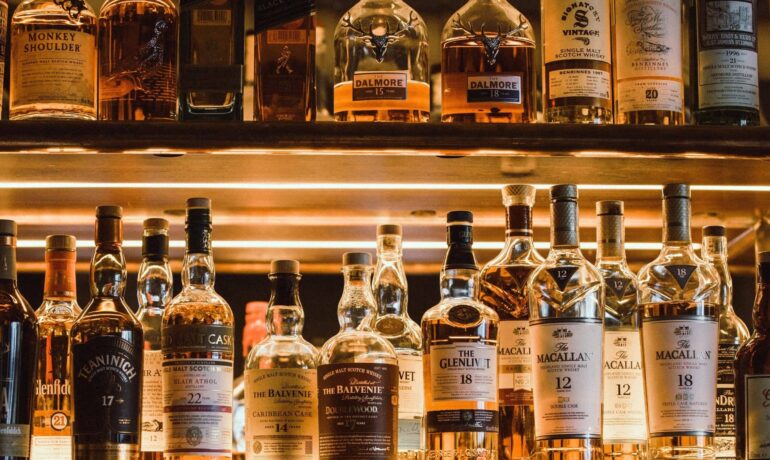 If you were waiting for a list with the best single malt scotch whisky, here you have it! Check out our top 6 and make a smart next purchase.

Scotch whisky has long captured the imaginations of alcohol aficionados and the average consumer alike. Thanks to specific designations requiring it to be distilled in single locations from a pure mash of malted barley before aging three years in casks, single malt scotch whisky has gained the reputation of being a luxury beverage. Yet, despite its luxury status, not all scotches are made equal.

Have a whisky tour around Scotland, in this article: https://www.whiskyflavour.com/blog/5-corners-of-scotch-whisky/

We’ll go through each of the six classes and identify the best single malt scotch whisky brands across all the varieties in this guide. We will include an overview of what sets them all apart and what makes them stand out from other brands within their class. Without further ado, let’s dive into it!

Scotland’s Highland region offers a wide variety of Scotch whiskies without a single defining characteristic. Some brands are light and delicate while others are rich and peaty. Yet, with almost 200 years of experience distilling Highland single malt Scotch whisky, The Macallan has set itself apart as a leading luxury brand within the region.

Want a Whisky Tasting with Macallan and Food? Check out our tips, here: https://www.whiskyflavour.com/blog/powerful-the-macallan-and-food-pairings/

The Macallan 12-Year-Old Sherry Oak Single Malt Scotch is accessible to the average consumer while still offering a high-quality and well-rounded flavor profile. After sitting in oak casks soaked in Oloroso sherry, imported directly from Spain, the 12-year-old scotch takes on a unique flavor with an opening characterized by:

As it settles on the tongue, the taste rounds out into a sweet caramel reminiscent of dulce de leche or a light fudge. As you swallow, the back palette is then greeted by a burst of citrus and dried fruits.

Although the Islands often fall under the same classification as Highland single malt Scotch whiskies, they have a unique flavor profile that sets them apart from brands originating from the mainland in the region. Thanks to the ocean air that wafts over the northern islands, Island single malt whisky brands are famed for their magical tinge of sea air.

The Jura Seven Wood is one of the best single malt scotch whisky from this region and offers a complex blend of smoky barbeque undertones paired with the brightness of coriander, fruitiness of peach and passionfruit, and spiced honey. As it settles into the palette, the Jura Seven Wood relaxes into a warm caramel before passing down into the throat.

To best enjoy the Jura Seven Wood’s bouquet and flavor profile, sip it neat or on the rocks with a few drops of water. Go easy on the ice as it can dilute the complexities as it melts into the glass.

Thanks to fertile valleys fed by the River Spey, the Scottish Speyside region is famous for producing the highest density of whisky brands in the world. Yet out of the 50 distilleries spotted across only 15 square miles, The Balvenie takes our first price as the top Speyside single malt scotch brand.

Compared to other regional varieties of single malt scotch, the best single malt scotch whisky from Speyside aim for a fruity blend that’s sparse on smoky peat. As its name suggests, The Balvenie Doublewood is aged in two different types of wooden casks, imparting a unique character reminiscent of both sherry and oak. These wooden tones are then softened with layers of vanilla, cinnamon, and honey.

On the nose, you’ll find hints of dried stone fruit, raisin, and sultana. As the Doublewood 12 Year approaches the back of your palette, it leaves a warm and long-lasting finish that’s sweet and inviting. The Doublewood 12 Year is best enjoyed on cold nights curled up by the fire with a good book.

Of Islay’s 8 distilleries, Laphroaig’s 10-Year-Old single malt scotch whisky stands out as the leader of the pack. Islay scotch is renowned for its full body and powerful overtones of smoky peat. If you love a scotch with a fiery flavor, this is the whisky for you.

Interestingly, Laphroaig packs additional flavor into their 10-Year-Old whisky by aging it in bourbon barrels. Compared to other whiskies on this list, you’ll find very little fruitiness. Instead, look for the sweetness of a baked honey cookie, the smokiness of aged tobacco, and the smooth finish of warm vanilla.
With more than 200 years of experience distilling their iconic whisky, the Islay 10-Year-Old stands without a single rival. Enjoy it neat or on the rocks. 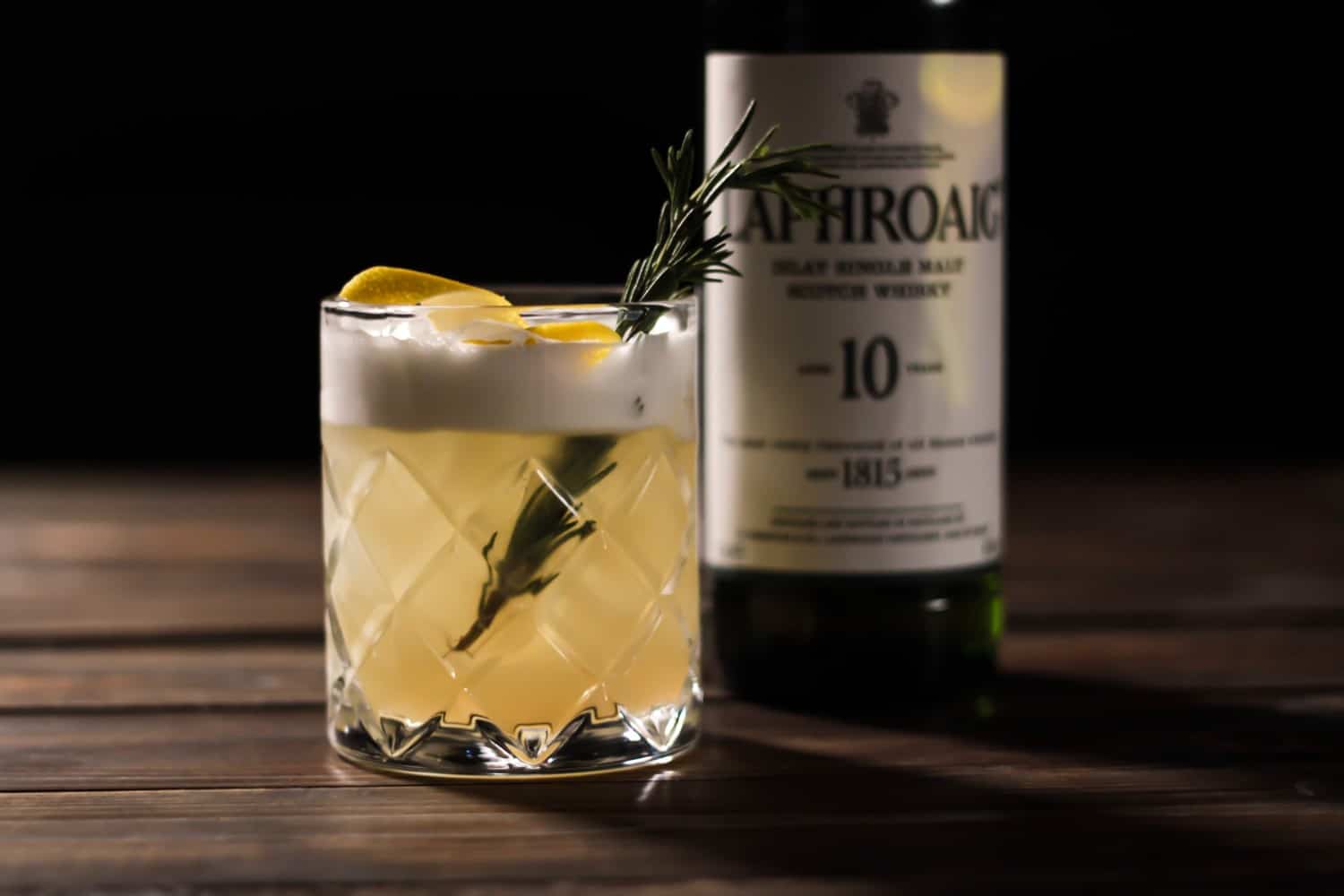 Although the Scottish Lowland was not originally known for its scotch production, several distilleries have made a name for themselves over the past few decades. Today, 8 quality brands dotted throughout the lowland region are producing single malt scotch whisky, but none stand out as much as Glenkinchie and their 2000 Amontillado Finish Distillers Edition.

Of the 8 brands hailing from the lowland region, Glenkinchie is only of only 2 chartered prior to 2005. This gives it a leg up on the competition, as it’s had longer to produce and age its scotch. As its name suggests, the 2000 Amontillado Finish was originally distilled in 2000 before sitting for 14 years in Amontillado sherry casks.

The 2000 Amontillado Finish embodies the light grassiness of a Lowland single malt, paired with the rounded sweetness of vanilla and spice imparted from the sherry casks. You’ll notice aromas of ginger and apricot on the nose, which round out with a final finish of orange. 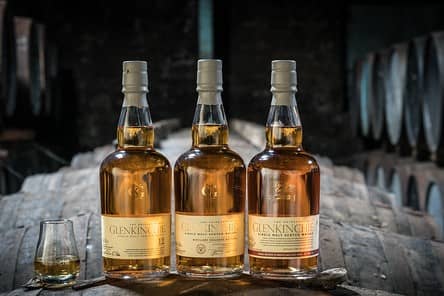 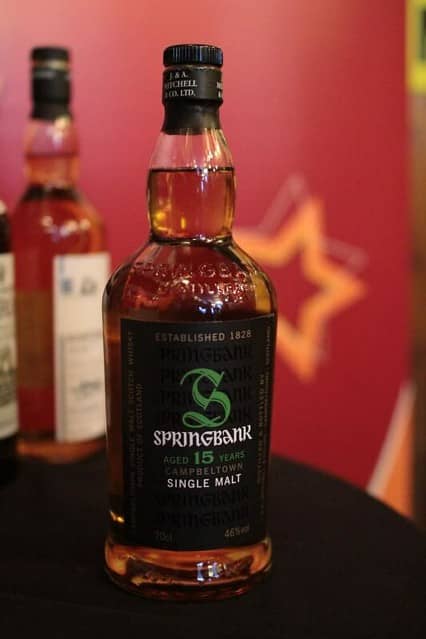 Despite only being a hop and skip across the water from Islay, Campbeltown features its own unique style of single malt scotch whisky, lacking the powerful peaty fire of its island neighbor. Yet don’t be fooled into thinking that Campbelltown scotches are any less full-bodied. They pair together with the salty sea air of an Island scotch with the smoky full body of a Highland scotch.

At first breath, the Springbank 15-Year-Old single malt scotch punches with green apple that fades into a toffee sweetness before passing into leather and the salt of sea air. It has an earthy, smoky quality reminiscent of lapsang souchong tea that lingers as a sootiness on the roof of your mouth.

As the Springbank 15-Year-Old reaches its finish, notes of grilled meat and pineapple round out the experience with a floral fruitiness.

The variety of regional scotches makes it difficult to identify a singular best single malt scotch brand but out of that wide variety, aficionados and consumers alike are afforded the range of options to suit their preferences. From the fiery peat of an Islay to the sweet grassiness of a Lowland scotch, you are sure to find your own personal best single malt scotch brand.