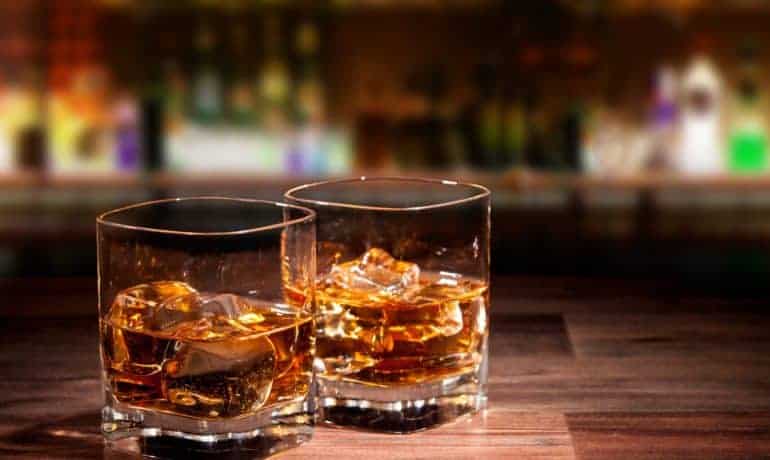 If you are a whisky lover, I’m sure you will have lots of reasons to drink whisky, but here it goes a few of them. With so much diversity of whiskies around the world, scotch, Irish, bourbon or Japanese whiskey, the ideal is to taste all these options slowly and with delight.

Some say that whisky is expensive. Of course, if you think about the cost of a bottle of whisky and compare with some other alcoholic beverages, such as beer for example, it seems a lot more expensive. But a bottle of whisky gives for many individual doses and can last for a long time. Already a good beer may be cheaper but it has to be fully consumed at that time. Also, most people never drink only one. So, between one thing and another, the cost turns out to be very much the same.

When you go out for a night out with friends, most end up preferring beer, because it is cheaper. However, although a dose of whisky is at least twice the price of a beer, the truth is that with a whisky you sip on the drink while your friends drink two or three beers. That is, it ends up saving money.

Is there anything better than coming home after a stressful day at work, and being able to relax while having a whisky? And the best thing is that if you drink in a moderate way, you will not have side effects like hangover. We suggest you start enjoying these moments of relaxation to try out other world class whiskies, and go out of the box more. Have you ever tried Swedish whisky, other European whiskies, or the increasingly recognized Japanese whisky?  Speaking of boxes, with our subscription tasting box, you will be able to try 4 different whiskies every month. So it is a great way to try out new brands and expressions and get out of your comfort zone a little.

Whiskey, whether it’s a Scotch, a bourbon, Japanese, or any other, are drinks that last a long time in good condition. So it is an excellent purchase. However, in addition to that detail, the whiskies can be great investments. Over time, certain bottles of quality whisky are becoming rare, becoming more and more valuable. Imagine how much a Macallan will be worth 20 years from now, or even the Yamazaki Single Malt Sherry Cask, Japanese whisky considered the best in the world in 2015.

Alcohol has always been seen as something very useful in preventing illnesses like colds and flu. But the truth is that this was seen as a myth and not as something real. However, recent studies have shown that some substances present in whisky really can help stimulate the immune system. Among the various health-related reasons for moderately drinking a whisky are weight loss, diabetes control or even combating skin infections.

Tell us which are your favorite “reasons” to drink whisky.