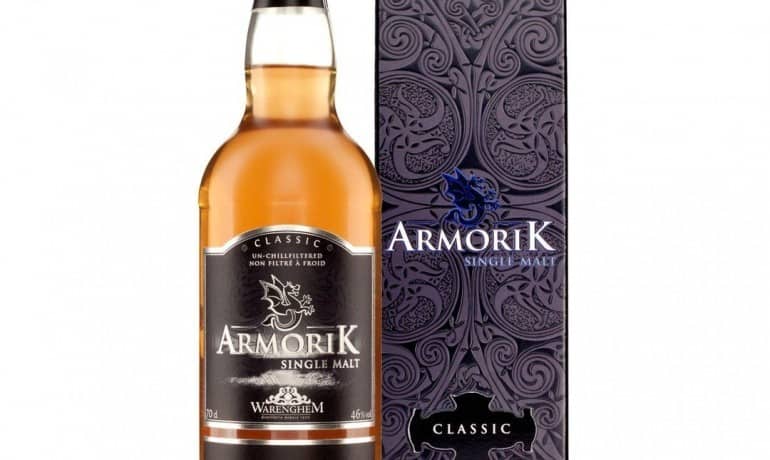 There’s no other country in the world that consumes so much Scottish whiskey like France. However, it’s interesting to notice that French whiskeys are far different from those traditionally found in Scottish distillates. French whiskey is a drink with a strong personality, granted mainly by the use of sherry barrels. They’re beverages with unique aromas and flavors, perfect for those who like to escape from the ordinary and try new sensations. One of the strongest names of French whiskey is Armorik. Today we’re going to talk about it’s Classic range, a whiskey with no big intentions but still very interesting and of great quality. Check it out.

Produced at the Warenghem distillery in Lannion, north of Britain, the french whiskey Armorik Classic is a very well succeeded combination of many whiskeys of different ages, aged in sherry barrels. The final result is something that’s going to please most fans of this beverage, even if it’s a lot different from the usual whiskeys that come from the Britain islands.

Learn more about the whiskey produced in France in our article “French Whiskey”.

As we said above, this French whiskey doesn’t try to be something it’s not. However, it’s not as simple as it may initially look like, offering many layers to explore. Get to know the main features of this elegant and pleasant beverage.

Right after putting it on the glass, this French whiskey shows what it’s up to. With a very rich aroma, but elegant at the same time, we notice scents of toasted bread and walnuts. A very interesting aroma.

When it comes to taste, the French whiskey Armorik Classic soon reveals it’s complexity. With a strong fruity beginning, it slowly begins to show other layers. After the taste of fruit, a touch of cereals and dried fruits appears, followed by spices. The end is long, with a touch of spicy and sea flavors, giving this French whiskey a very curious and pleasant character.

Got curious? Then try the French whiskey Armorik Classic and get ready to surprise yourself.