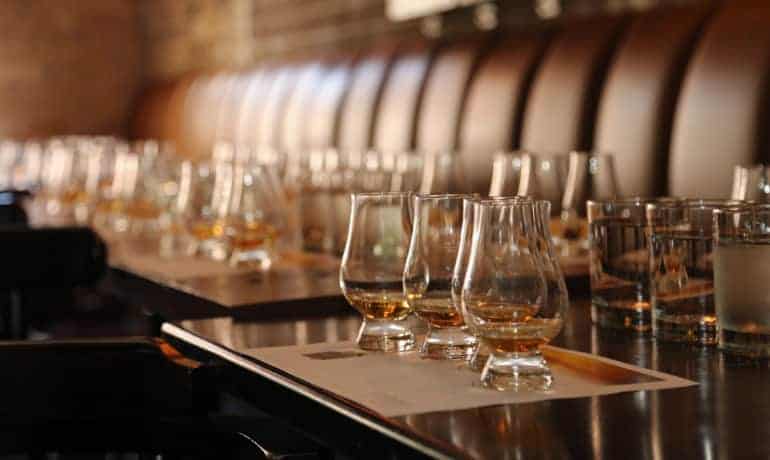 A warn sent out by a whisky dealer made laboratories start analysing the rare whisky market. Because of this The Scottish Universities Environmental Research Centre (SUERC) found that 21 out of 55 bottles of vintage Scotch whisky were either fake or not distilled in the year claimed. These were worth tens of thousands of pounds.

Some of the fake bottles included a bottle of the Ardbeg 1885 (a single malt), a rare Thorn’s Heritage from early 20th century (a blended whisky) and an Ardbeg malt bottled in the 1960’s.

The dealer Rare Whisky 101 was who supplied these samples after noticing a spate of fraudulent and counterfeit rare malt whiskies being offered to other dealers and auction houses. Andy Simpson from Rare Whisky 101 stated that the carbon test results confirmed the suspicion that they were fake and mislabelling bottles of vintage malt and blended scotch.

In 2018, a single malt Macallan from 1878 bought at the price of £7,600 at a Swiss hotel by a Chinese millionaire what exposed as a fake bottle. A laboratory at the University of Oxford and a Scottish alcohol analysis company analysed it, proving the suspicions by Rare Whisky 101.

Currently, there is a boom worldwide of the rare whisky market. Distillers are investing heavily on new facilities in order to produce and promote these. Based on the number of fake bottles found in recent tests, it is expected that around £41M worth of rare whisky circulating worldwide is fake.

Doubts are raised in the rare whisky market

According to the Rare Whisky 101, these evidences have raised doubts about this industry. It is necessary that the rare whisky trade be tackled before it causes a long-term damage to the market and customer confidence. Andy Simpson states as well that some of these fake whiskeys can cause harm to human health as it has toxic and adulterated ingredients, which are not accepted by health and safety companies.

Simpson adds that he has “bought fake whisky in the past and its particularly horrific when you find you’ve paid money for something and it is not what is says”. “People are burying their heads saying it’s not an issue. It genuinely is an issue”.

The solution is unclear

When opening a bottle its value is immediately destroyed. This makes it impossible to prove its provenance while trying to sell it as a genuine rare whisky. It is necessary to have a police or the food safety authorities to tackle the problem. This would tack the fraudulent bottle directly from its source.

The head of the SUERC lab, Professor Gordon Cook, says they have built a new databse with whisky samples – supplied by the distillers. This enables researchers to test and crosscheck samples accurately. He states that not all the samples collected were fake.

Cook adds, “Recently, we have analysed four bottles of early whisky, purported to have been distilled between the mid-19th to the early 20th century, for members of the general public. Of these, three were genuine, so there are really old and rare whiskies in existence.”

To the ones in the rare whisky market, it is necessary to follow this news in order to understand which are genuine and which are fake.