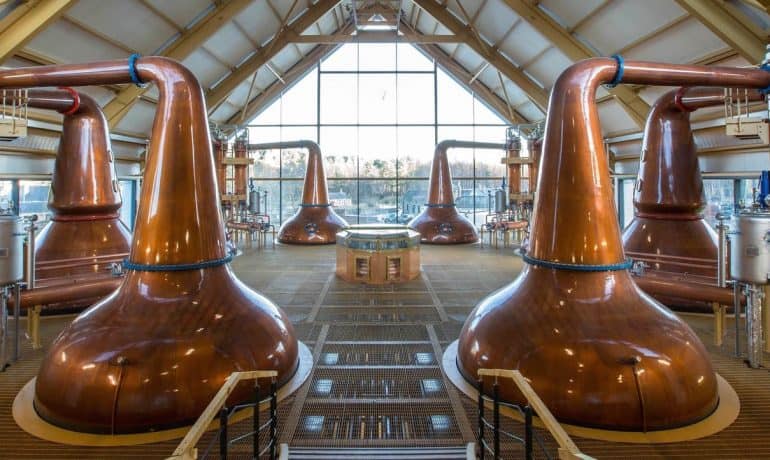 Whisky is a beverage produced from malt of barley and other whole grains, which became very popular around the world. Being the country of birth of Scotch, Scotland has many distilleries, spread all over the territory. It is therefore natural that each region has its own characteristics that help differentiate the aromas and flavors of the whiskies produced.

If you feel you must yet to learn more about Scotch in general and about the different regions that produce Scotch, you can click to read our previous articles.

An excellent way to get to know the country where the Scotch was born, and how this Whisky is produced, is by visiting a distillery. There are many on the list, but there are distilleries considered the most important and well known.

Tour to the main Scotch’s Distilleries

Getting around Scotland without visiting some distilleries is like going to Paris and not see the Eiffel Tower. Many of whisky distilleries in Scotland have hundreds years of history, and are a must see destination in this country.

A visit to the historic cities, typical villages, the people of Scotland, its traditions and the natural beauty of huge landscapes, is not complete without a visit to a whisky distillery. Below you find a list of major distilleries of Scotland.

From the oldest to the most modern, the most important Scotch distilleries are responsible for some of the best known and renowned whiskies in the world. We indicate several distilleries each  representing in their own way, the best of what Scotland has to offer concerning whisky:

Have you ever visit Scotland and the distilleries? If so, which ones and what was your favorite?