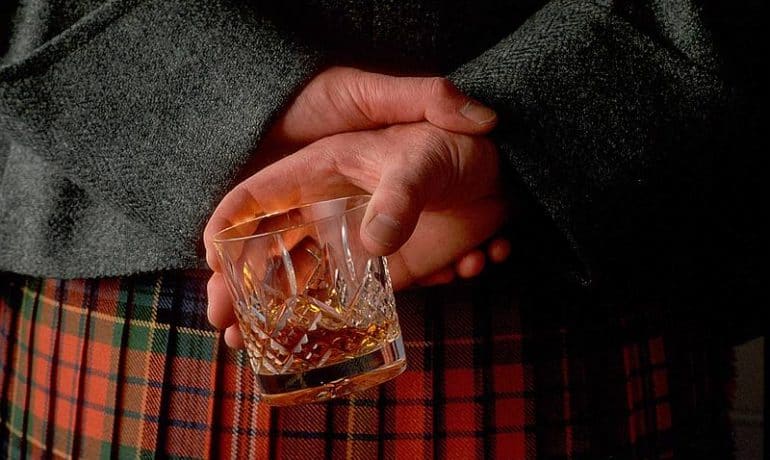 While whiskey is made in several places around the world, it must meet certain specific requirements to legally be labeled as Scotch whiskey. In fact, there are laws and regulations that govern which types of Scotch a product can fall under. The main requirements are that Scotch must be entirely produced in Scotland and that it must also be aged for at least three years in oak barrels. When it comes to flavor, Scotch tends to taste much like bourbon, but the aftertaste has a bit more of a bite. The longer Scotch ages, the weaker it gets. This is because alcohol will evaporate over time. It should also be noted that every part of the production of Scotch will have a hand in its flavor. This includes the ingredients used, but also the barrels and the stills.

Perhaps the most popular Scotch whiskey in North America is single malt. Single malt Scotch can only be made at one distillery and it can only use water and malted barley. It cannot contain any other malts, and being Scotch, must be entirely made in Scotland. Single malts have a much higher-quality of flavor than blends do.

A blended Scotch is just what the name implies. It is a blend of two whiskeys, either single malt or single grain. These blended Scotch whiskeys must be produced in separate distilleries. These whiskeys may also have added color as well.

Compared to other types of Scotch, blended malts are not very common. A blended malt is also known as a vatted or pure malt, but these terms are not as widely used as they used to be. To be a blended malt Scotch, a whiskey must be a combination of several single malts that were produced in separate distilleries.

Blended grain Scotch is similar to a blended malt, however, it is a combination of different single grain Scotch whiskeys. Again, each whiskey must come from completely separate distilleries and be combined into one batch.

You may have at some point heard of a double malt Scotch. While this is a common term, it is not actually one of the official types of Scotch. If you hear of something being called a double or triple malt, then it is in reference to how it was aged. A double malt is aged in two different types of casks. A triple malt is aged in three different types of cask. Even though different casks are used, if it is from the same distillery, then it would still be a single malt Scotch whiskey. The proper term for Scotch that is aged in this way would be double wood or triple wood.

How to Drink Scotch

Some people drink Scotch neat, some at room temperature, and some with ice. The truth is, water is the perfect complement to Scotch. It will help release the flavors. Adding a splash of water or a bit of ice is the perfect way to drink your favorite Scotch.

There are very specific requirements that a Scotch must meet to fit into certain categories. To be a true connoisseur, it is important to understand all of the differences.