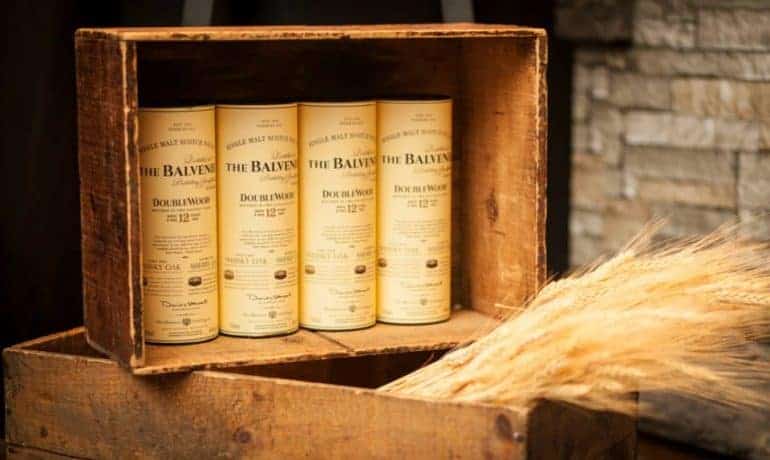 Over the centuries Scotland was increasingly diversifying their Scotch, creating unique and very special bottles. Nowadays, the various distilleries in the country, fitted with their own specificities caused by the characteristics of each region, also seek to create unique scotch with different flavors. One such case is the Balvenie Doublewood 12 years.

About the Balvenie Distillery

The Speyside region is home to some of the most recognized Scottish distilleries, joining names like Macallan, Glenlivet, Glenfiddich, Cardhu, and The Balvenie. Like most of historical distilleries in Scotland, Balvenie also has its origins in a castle of an important family. Later, along came a more modern house, Balvenie New House, which then began to produce Scotch. The Balvenie produces Scotch since 1983.

As the old days, today the barley used in the production of its excellent scotch is grown in the distillery fields. The green and pure fields in that area, are one of the factors that helped in defining the quality of the Balvenie Scotch. Another essential point for the personality of the scotches produced by this house is that they are very little smoked, thus providing a more delicate, floral and mild flavor.

The distinctive character of the Balvenie Doublewood aged 12 years is, naturally, related to the region where it operates, but particularly, with the fact that this scotch has two maturity phases in two wood types – traditional oak casks and oak sherry casks. At first, the liquid ages in traditional oak barrels. However, in a second phase, the  maturation ends with a period in oak barrels previously used for aging sherry. This second phase will give this scotch a one of a kind and very special touch. It can also be appreciated some vanilla and honey aromas, beside almond, coconut and fresh fruit, being this last one derived from the maturation period in sherry casks.