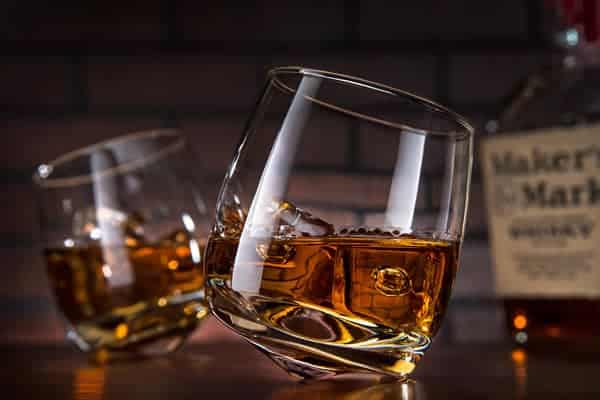 There is an increase of Bourbon popularity in the past couple of years. This small guide into the world of Bourbon will give you an insight of the best bourbons of 2018. We want to give you some intro about the Bourbon whiskey world as well as two incredible bourbons. Selected as the best all-around bourbon whiskey and the best value bourbon of 2018, these two bourbons will amaze you because of its flavours and notes.

Stay tuned for other articles that will give you more insights into the world of Bourbon so you can also become an expert.

For some more interesting informations about Bourbon follow our article named: No Fail, Whisky Cocktail – Bourbon

So what is a Bourbon? The best definition for this incredible beverage is the following:

Developed only in the United States, a true Bourbon can only be born in the land of the free. It must include at least 51% of corn, produced with no more than 80% alcohol and stored in charred new oak containers at no more than 62.5%.

It is believed that farmers from Scotland, England, Ireland, Germany and France firstly distilled Bourbon in the 18th century in the State of Kentucky. There are however, many stories and legends about the origin of Bourbon and its distinct form of whiskey. Some believe that a Baptist minister by the name of Elijah Craig was the first to distill and age this drink in charred oak cask, giving its unique colour and distinctive taste. Others, in the Bourbon County, believe that a man called Jacob Spears was the first person to label his product as Bourbon whiskey.

There is probably not one inventor of Bourbon but a series of events that led to the development of this incredible beverage. In essence, to make whiskey you can use any type of grain, aging it in charred barrels in order to improve the flavour and give it some unique notes. This has been known and practiced in Europe for centuries, however, note that to be called a Bourbon it must follow the above-mentioned definition and follow some specific legal requirements.

Buffalo Trace is a type of Bourbon that is good as sipper or in cocktail. Overall, it is the perfect selection for any kind of occasion. The variety given by the distilled offers you a chance to taste and try incredible notes and flavours to this unique Bourbon selection.

You will find strong notes of caramel and nutmeg with hints of apricots and a powerful and delightful taste on the mouth.

The Buffalo Trace distillery is located in Frankfort, Kentucky and is owned by the Sazerac Company since 1992.

The distillery has had many names throughout the years such as George T. Stagg Distillery and Old Fire Copper distillery. This has as well influenced the name of its whiskeys and products. In August 1999, the brand was finally named as Buffalo Trace Kentucky Straight Bourbon Whiskey.

Its name comes from the story of an ancient buffalo that crossed the banks of the Kentucky River in the Franklin County in Kentucky. 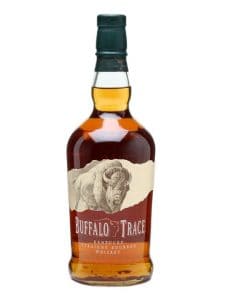 According to the expert whiskey reviewer Fred Minnick, “If Evan Williams were to sell this whiskey to someone else, that brand would mark it up to $40, and people would be happy buying it”.

Evan Williams is an amazing value for money Bourbon. Its five and a half year old whiskey is priced at less than $20, offering unique notes and flavours that cannot be found this easy.

You will find this to be a well-rounded Bourbon, with a range of flavours such as brown sugar and nutmeg with hints of vanilla and caramel.

This distillery is located in Bardstown, Kentucky, and is owned by the  Heaven Hill Company. Its range of Bourbons offer a minimum of four-year-old bottles, granting a unique range filled with exquisite flavours and notes.

The range offered by the Evan Williams distillery is ranked as one of the world’s bestselling whiskey brands.