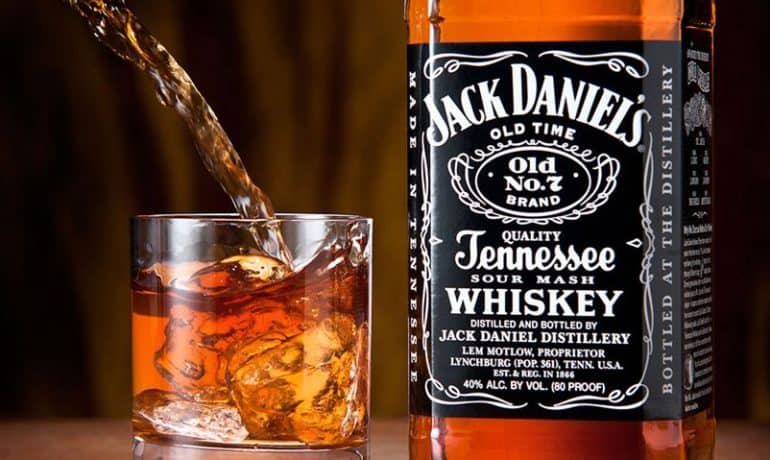 Jack Daniel’s Tennessee Whiskey sells millions of bottles every years. Its roots dates back to the 1800s, when Jasper Newton “Jack” Daniels was born. This created a new era for the American whiskey, which has a big impact on today’s whiskey universe.

The Life of Jack Daniel

Jack Daniel was born in 1850, the youngest of 10 children. His mother passed away at a very early age and his father died not long after during the Civil War in the United States. As Jack became independent at an early age, a local preacher and moonshine maker named Call took him in. He learned with Call and with a distiller named Nathan “Nearest” Green how to distil and to make whiskey using the “sour mash” method and filtering it through charcoal. Nathan was a slave who decided to continue working with Call after his emancipation. Although with time other distilleries decided to abandon this method due to financial reasons, Jack Daniels made this a staple of his whiskeys.

In 1875, after a long dispute with his siblings, Jack Daniels purchased the hollow and land, where the Jack Daniels distillery is located today, with his father’s inheritance. This property is located in Moore County, Tennessee where more than 15 distilleries operated at that time. Nowadays it is known as the “Jack Daniel’s Hollow” and it includes a cave at the base of a limestone cliff. Many believe that limestone-filtered water is essential in the production of a good whiskey.

In the 1890’s, Jack Daniels introduced the square-shaped bottles offering a sense of fairness and integrity. This is still a trademark of Jack Daniels whiskeys with a unique design that is known and recognize anywhere in the world.

In 1904, the brand grew even further due to prize of the gold medal for the finest whiskey in St. Louis World’s Fair. The brand was up against 20 longstanding distillers from Europe and around the world.

When his nephews took over

Because Jack Daniel never married and never had any children, he brought in his nephews to understand and eventually take over the company. Although Jack Daniels passed away in 1911 due to a blood poisoning, he gave his company to his nephews in 1907.

When his nephews took over, they started aging the whiskeys giving birth to the famous black label product. This was an incredible addition to the portfolio of whiskeys of the brand. They even release higher proof expressions of whiskey on a limited and premium basis.

Some believe that the origin of the “Old No. 7” came from the number assigned by the government to the distillery. Later on, he was forced to change the registration number when the federal government redrew the district. They were assigned later on the number 16 however, they kept the original number as a brand name due to its reputation.

Others believe that the number 7 came from the recipe number or from the number of girlfriends Jack had at any time.

To find out more about the incredible selection of Jack Daniels Tennessee Whiskey, stay tuned for the upcoming articles where we will give you some insights on some unique offers and limited editions.