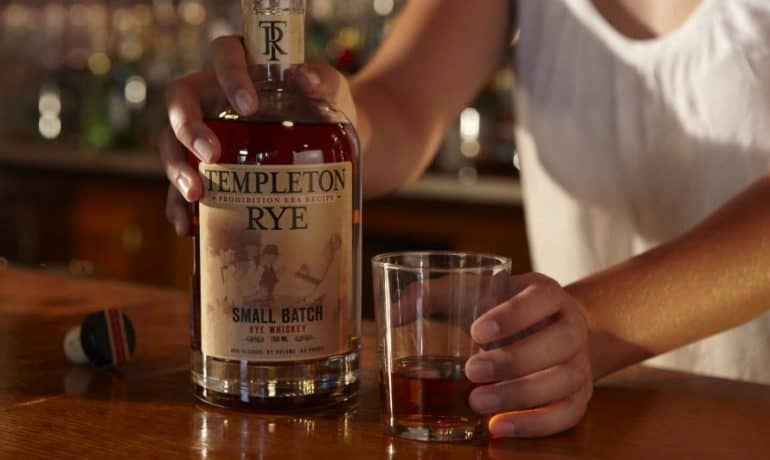 In this edition of No fail, whisky cocktail, we introduce you a type of whisky well known in Canada and America, called Rye Whisky. The main difference between both is that the American rye whiskey must be distilled from at least 51 percent rye while the Canadian rye whiskey is only named due to historical reasons. The Canadian whisky may not actually contain any rye in its production process.

This type of whisky is famous from the north eastern states of American, as it had the centre of production of whisky in the late 1700’s and early 1800’s.

We will introduce you to a fantastic brand of rye whisky called Templeton Rye from Iowa. Some interesting and delicious recipes with this whisky will offer you a new view on the whisky cocktail list.

Templeton Rye comes from the city of Templeton in Iowa. Rye whisky in Templeton was first produced during the prohibition era as a means of income to the farmers of Iowa. Its unique amber colour was considered of high quality and was highly appreciated in cities such as Chicago and Kansas City. In the more recent years, Templeton Rye became a distinguished brand of whisky, which offers a hidden recipe from the prohibition era.

Distilled and aged in Lawrenceburg Indiana, the Templeton Rye whisky is bottled at the distillery in Templeton, Iowa. They currently use flavour engineers to achieve the original taste of the original recipe dating back to the prohibition era.

The Templeton 4 year old offers a strong and spicy flavour, which is perfect for the recipes we will introduce ahead. Made from 95% rye, this whisky is one of the most beloved rye whiskies of the 21st century offering you a taste from the past.

Jerry Thomas, a patron saint of the modern bartending, was the first to publish this recipe in 1887. This incredible cocktail is a mix of fresh and interesting flavours, which include an herb, fruit, ice a base spirit and a sweetener. This is the perfect recipe for the end of summer with its already colder evenings.

Muddle the lemon juice, simple syrup and the mint leaves into a shaker. Add the Templeton Rye and shake it with a touch of ice (should be almost a dry shake). Strain into rocks glass filled halfway with crushed ice. Now add some more crushed ice to fill the drink and garnish with a mint sprig. 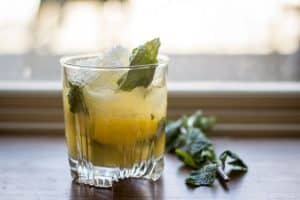 This recipe is a twist on the classic Negroni, which was introduced by Harry McElhone in 1927. He swapped the gin for an American whisky and gave this cocktail a more rounded subtle sip. This recipe with its simple yet straightforward ingredients is the perfect cocktail to enjoy with your friends and loved ones.

Stir all the ingredients in a shaker with ice. Strain into a chilled glass and garnish with a twist of lemon. Simple, easy and absolutely delicious! 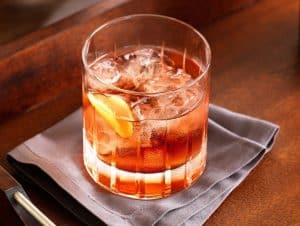 With the end of summer, we are starting to introduce some more rounded and warmer cocktails. They are indeed simple yet delicious and perfect for any occasion.