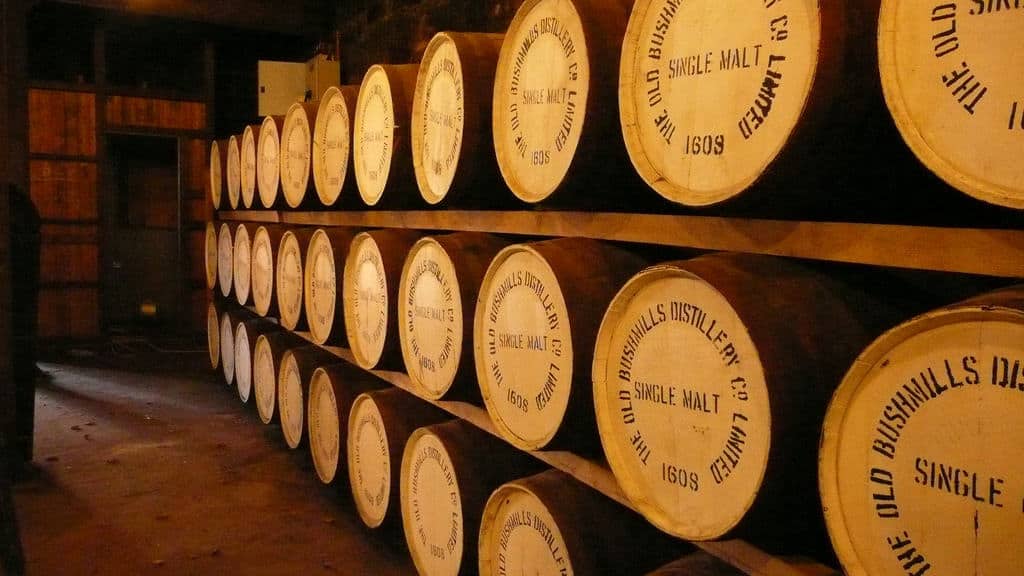 When it comes to whisky the first region that comes to mind is Scotland. However, Ireland is also home to some of the most important whiskey distilleries. Currently, Irish whisky is so well known and appreciated as the Scotch. Just remember some brands like Jameson or Bushmills, among many others, to realize that Ireland also has some of the most popular whiskeys in the world.

Continue reading to learn more about whiskey from Ireland.

How Irish whiskey is produced

Who does not have great knowledge about how to produce whiskey can be led to think that there are many differences between Scotch and Irish whiskey. In fact, both are made the same way and using the same methods and materials. However, the fact that they are regions with different characteristics, makes the end result remarkably different.

Irish whiskey is produced based on a very diverse lot of cereals, where the main is the malted barley, contributing with 50%, and the remaining distributed by the normal barley, wheat and rye. A difference between Irish whiskey and Scotch is that the Irish is submitted to a triple distillation during the process, which makes the percentage of alcohol higher. However, whiskey from Ireland must also have a minimum volume of 40% alcohol, to legally have that denomination. The features that have to be respected to make the authentic Irish whiskey are mostly:

The main Irish whiskey distilleries that are currently producing are Cooley, Midleton and Bushmills, and many more.

Try it and feel the difference between Irish whiskey and Scotch, and tell us what you think about each one.

You can also subscribe our monthly box where you will be able to find and taste different whiskey every time!