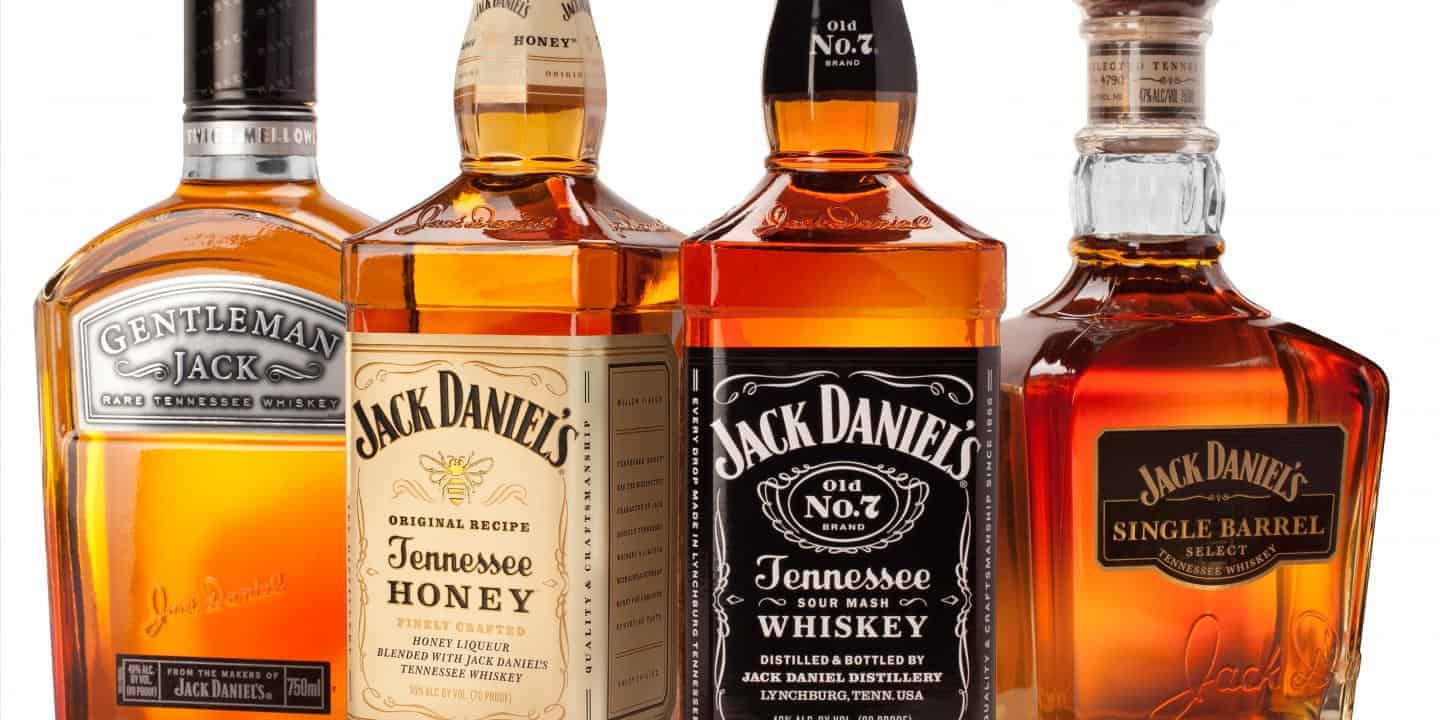 The history of Jack Daniel’s whiskey

The American brand was founded by Jasper Newton Daniel, who got the nickname Jack. Young Jasper started to distill whiskey at the early age of 14 years. He bought all the necessary tools from a local priest and sold his whiskey in the neighborhood.  In 1866 Jasper Newton Daniel bought some acres of land and built his own distillery.  The company, he founded was the first distillery, that was mentioned in the American company register. One reason, why the brand gained popularity, was Daniel’s marketing strategy. Historic clothes and an eccentric appearance became the brand’s signature.

Jack Daniel’s is being produced like a typical bourbon. It ist made out of 80 percent corn. The other ingredients are rye and barley. The whiskey is distilled in copper stills and after filtered through charcoal, that is made out of sugar and maple. The filtration takes a couple of days and gives the whiskey its smooth and pleasant taste. Jack Daniel’s ages in new, handcrafted oak casks, which enrich the whiskey with its typical flavor. Interesting: A lot of scotch producers buy old Jack Daniel’s casks and use them for the maturation of scotch.

The brand provides you with a great variety of whiskeys and flavored whiskey liquors. In order to give you an idea of the American brand, we gonna introduce three expressions. If you didn’t try them yet during your last whiskey tasting, it is about time, to give them a shot!

This is the original Jack Daniel’s whiskey. It pleases you with the sweet aromas of brown sugar, wood, resin and fresh leaves. It tastes sweet and reminds you of oranges, wood and warm cinnamon. The aftertaste is pleasant and comes with flavors of oranges and dark chocolate.

An elegant whiskey with a light nose, that combines the aromas of an autumn day. Wood, vanilla, maple syrup, apple and brown sugar give the whiskey its typical bouquet.  The flavors of vanilla and apple define the whiskeys warm but dry taste. It finishes off with hints of honey, maple and fruits.

70 percent rye give this whiskey its special taste. A complex whiskey that tastes like ripe fruits, toasted oak and spices. The finish is warm, pleasant and lingers in your mouth for a long time.

Did you try any expression of Jack Daniel’s yet? And did you already sign up for your whiskey subscription? Leave a comment below! We are curious about your opinion!