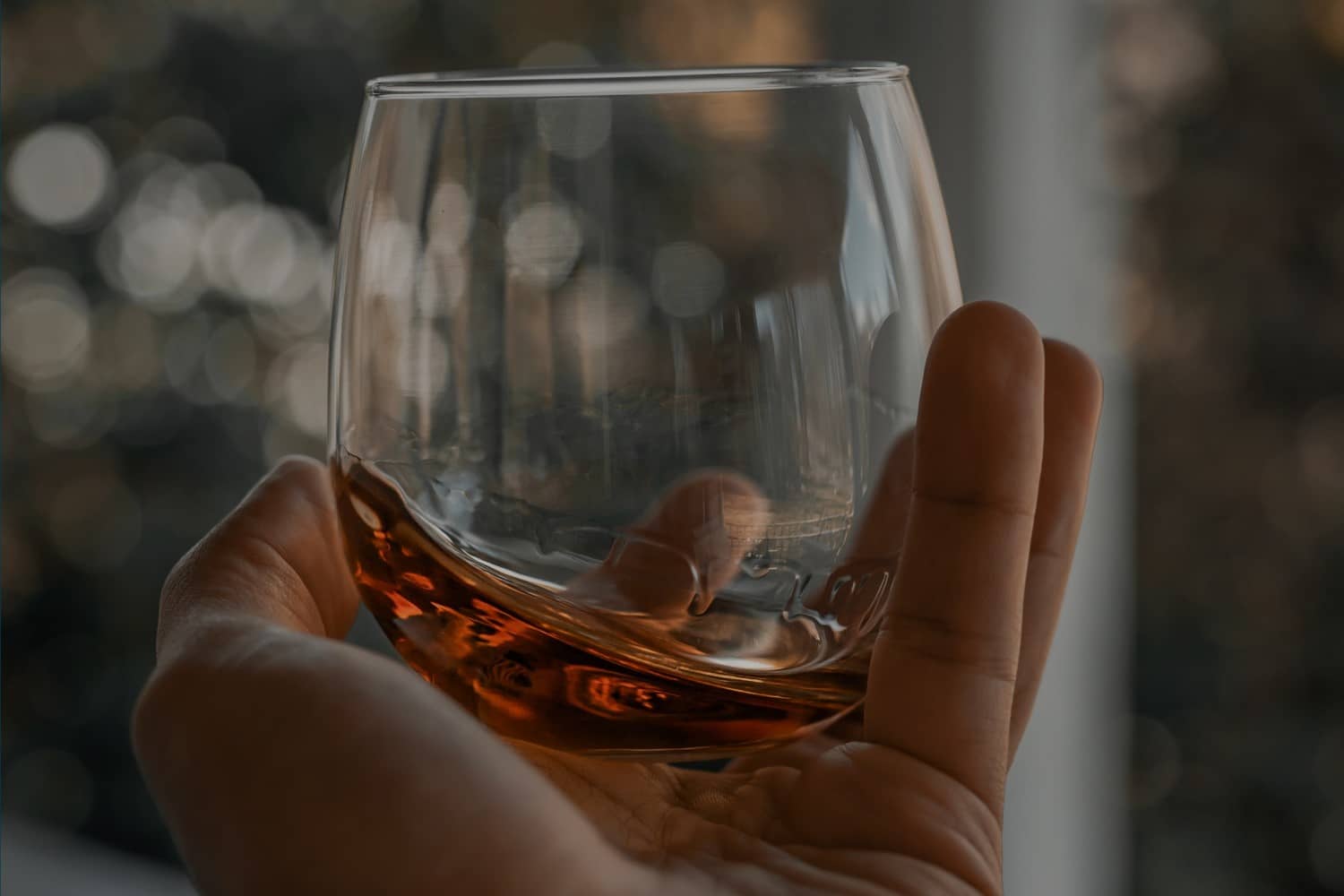 Whiskey is one of those spirits that you can consume in almost any way and still feel classy drinking it. It’s a vintage European grain liquor that has popularity all over the world. You can drink it straight up, on the rocks or neat. You might have some questions about all this, but the first one we’re going to answer first is: What is a whiskey neat?

Basically, a whiskey neat it’s a whiskey served in a glass without any dilution or mixers. Many people, including some bartenders (ugh), mistake this for a whiskey straight up, but that simply isn’t always the case.

Here we’ll dive into proper terminology around whiskey. This will include how to drink it and what the different ways one can consume it. By the end, you’ll be sipping whiskey like a true connoisseur.

Whiskey in a Nutshell

Whiskey is the product of distilling grain into a mash that’s then aged over many years in oak barrels. The resulting liquor has a bold flavor profile with an alcohol volume between 40% and 43% or more.

What is a Whiskey Neat, afterall?

When you have a whiskey neat, there is no cocktail or chilling involved. There’s no dilution, added flavoring or mixers. This is not the same as a whiskey straight up, where you’d get the spirit mixed with ice and then strained into a glass.

Regarding what is a whisky neat, the bartender should serve two ounces at room temperature in a lowball cocktail glass. Bartenders shouldn’t ever give you a shot glass, jigger or any other kind of measuring implement. It shouldn’t come in a martini or pint glass either.

Therefore a whiskey neat goes straight from the bottle into a glass without any interruption in the process. That said, there are some connoisseurs that say a few drops of water in a whiskey neat is acceptable. This enhances the compounds that make up the aroma in a glass of whiskey.

That’s what is a whiskey neat! However, there’s a lot of ways that one can have a glass of their favorite expression. Continue reading to know them all! 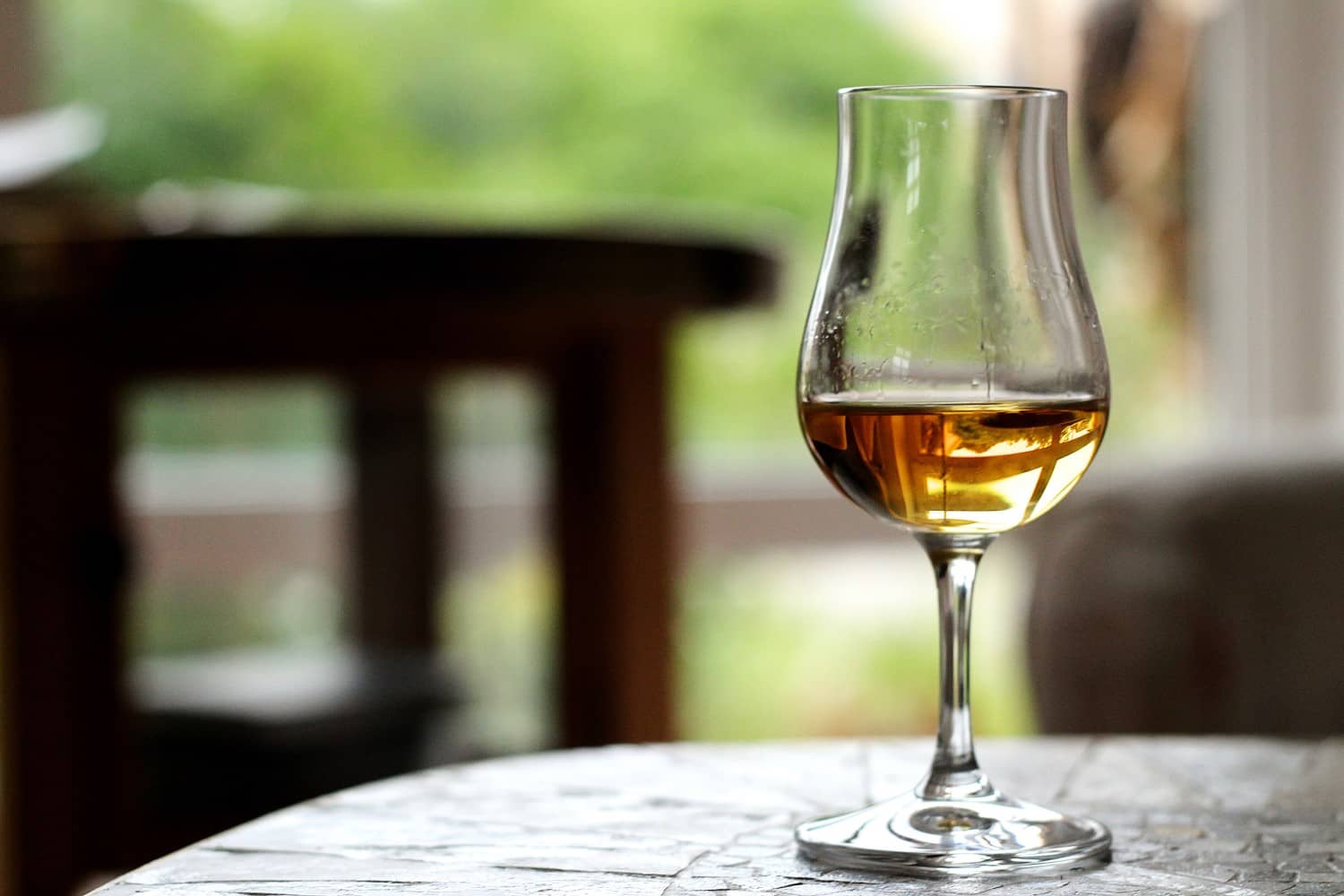 What is a Whiskey Neat… Or not!

When it comes to you, sip it slowly and appreciate the nuance of flavors. Never slam it in one gulp and do not treat a whiskey neat as a shot, even though it’s the same amount. But, there are some people who find whiskey’s flavor to be something akin to a punch in the face.

So, it’s completely normal for people to want to add a little water or ice to their whiskey neat. But, resist the urge to add ice right away. Always take the first sip to savor the tingling, burning sensation on your palette. Then add your water or ice.

Regarding what is a whiskey neat, the aromas and flavours remain truthful to the expression. However, there are times one might want to enhance some of these features.

Because the chemical makeup of whiskey is hydrophobic, water has the potential to enhance the expression’s flavour. Hydrophobic means it repels water, so this makes whiskey’s aroma easier to sense and more volatile when some water enters the glass.

But, this is only one to three drops, maybe five. Anything more is a form of dilution and the whiskey becomes something else: it is no longer neat. You want to achieve something like a warm hug on your taste buds rather than the experience of a sucker punch.

For this, you might want to order a water back with your whiskey neat. Ideally, you take a drop of water and put it into the whiskey with a straw or pipette. Then, you give a swift swirl and taste it. You repeat this process with drops of water until you reach a palatable balance.

Are you questioning if you should really add water to your whiskey? Here’s an article just on that: https://www.whiskyflavour.com/blog/should-you-add-water-to-whisky/

Now, it’s also acceptable to have a little ice on the side when you order a whiskey neat. When you get some ice cubes on the side, you can take a few sips of the whiskey for the sake of flavor and effect. You then add a single ice cube at a time to see how it affects the flavor and temperature of the whiskey. 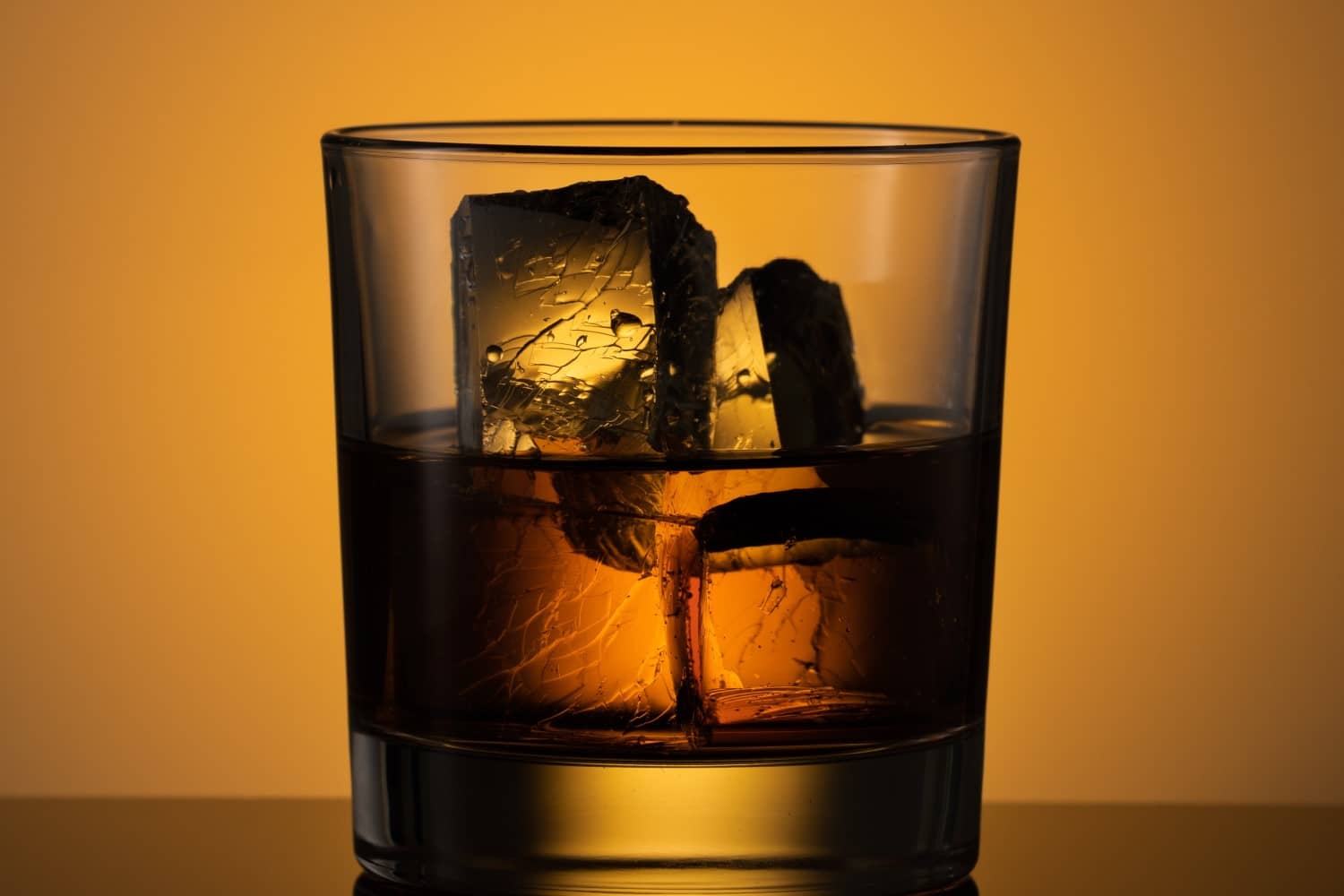 There is a fine line that distinguishes what is a whiskey neat and what is a straight up whiskey. This distinction is ice. When a customer asks a bartender for a whiskey straight up, they’re asking for their two ounces of whiskey to run through a bit of ice before it gets poured into a lowball cocktail glass.

Some people think that when someone orders a whiskey straight up, they pour it straight from the bottle into the glass. But, this is neat. To order any spirit straight up implies a little bit of preparation prior to serving. This usually involves ice. However, straight up can imply neat.

There’s some confusion at the bar these days because there’s a difference between ordering straight up or just up. The two are interchangeable in a way. So, you will have to double check with the bartender if you intend to have it chilled or at room temperature.

Having Whiskey on the Rocks

Another very common and easy way to ensure you receive a chilled whiskey is by ordering it on the rocks. This means you get two ounces of whiskey served over some ice in a lowball or a rocks glass.

For the best results, however, you want to use a large piece of ice or an ice ball. Either of these should range between 1½ inches to 2 inches. For chilling without dilution, you can still order a whiskey on the rocks (or have it at home) with chilled whiskey stones.

Anything smaller in the way of ice will cause it to melt much faster and therefore will dilute the whiskey quicker. But, remember, this completely dilutes the whiskey’s flavors while also numbing your taste buds. However, there are many people who enjoy it this way.

Check out what science say about having Whisky on the Rocks! 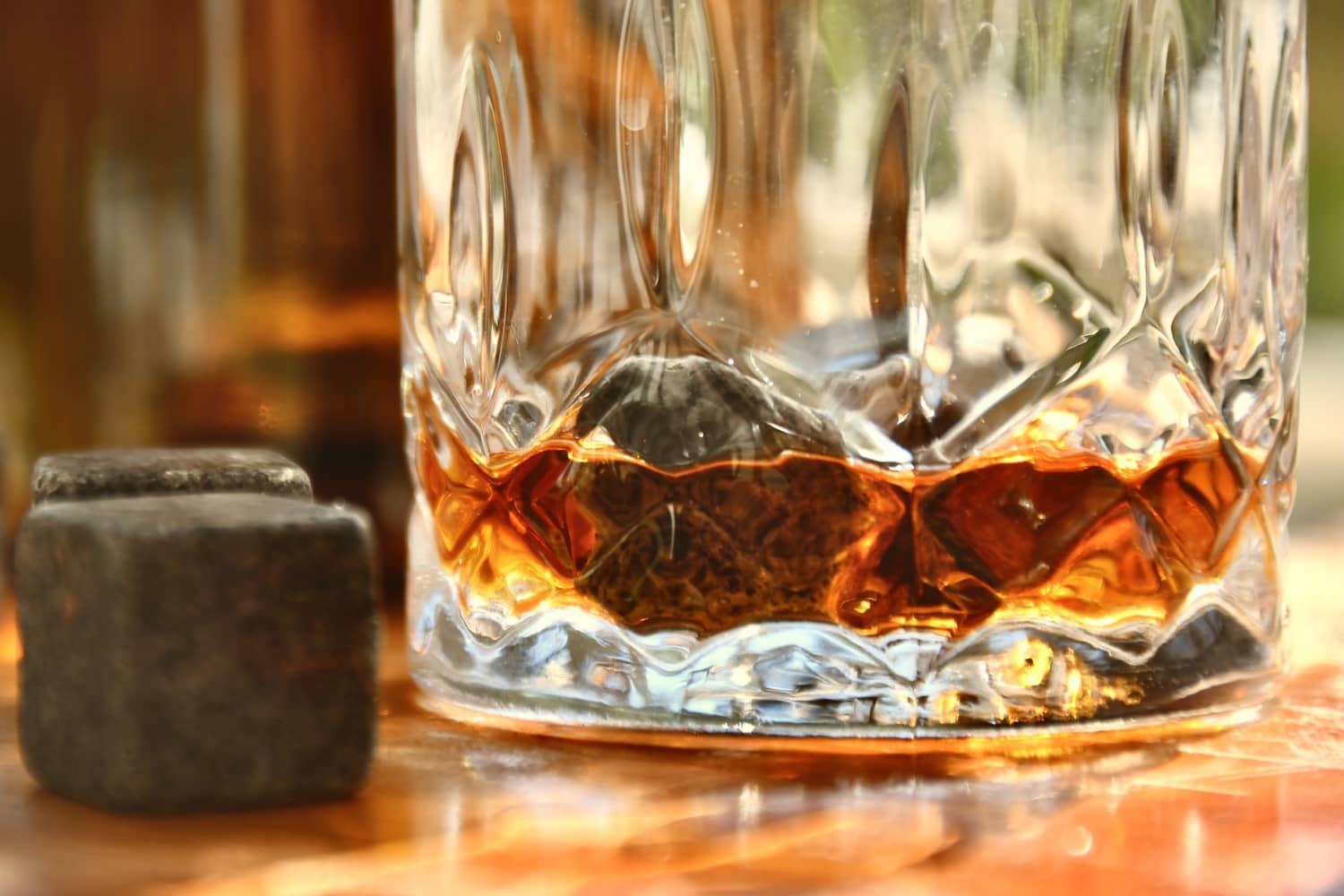 Whiskey with a Twist

For adding a refreshing touch of citrus, regardless of the form of whiskey you order, get a twist. This not the same as a wedge or slice of something like lemon, lime or orange. The twist is simply the peel without the meat or pith of the fruit. The bartender takes the citrus rind and twists it over the drink’s surface to expose the oils.

You can order a twist with any form of whiskey. This means you can get it with your whiskey neat, straight up, up or on the rocks. The standard is a lemon, unless you are specific about lime or an orange.

Of course, whiskey’s versatility makes a great base for a mixed drink. Some of the most time-honored and popular are the Whiskey Highball, Manhattan or Whiskey Sour. The preparation of these cocktails truly enhances the flavor of the type of whiskey used in each.

Otherwise known as a Scotch and Soda, this is an old type of drink. But the added term “highball” didn’t appear until 1890, at the height of drinking them. It simply mixes any type of whiskey with ginger ale, ginger beer or club soda as well as a twist of lemon.

Believed to originate from New York City, the Manhattan Cocktail started sometime in 1890. It’s a blend of rye whiskey with sweet vermouth and garnished with a cherry. However, in 1919, Angostura bitters became part of the recipe. This then comes served straight up in a chilled cocktail glass.

The Whiskey Sour is so popular it even has its own type of cocktail glass. This can come with or without ice, but it’s most common to have it up. It combines rye whiskey or bourbon, sugar and a slice of lemon or orange. Sometimes, it will have cherries as a garnish. Anything else added today is just modern fluff. 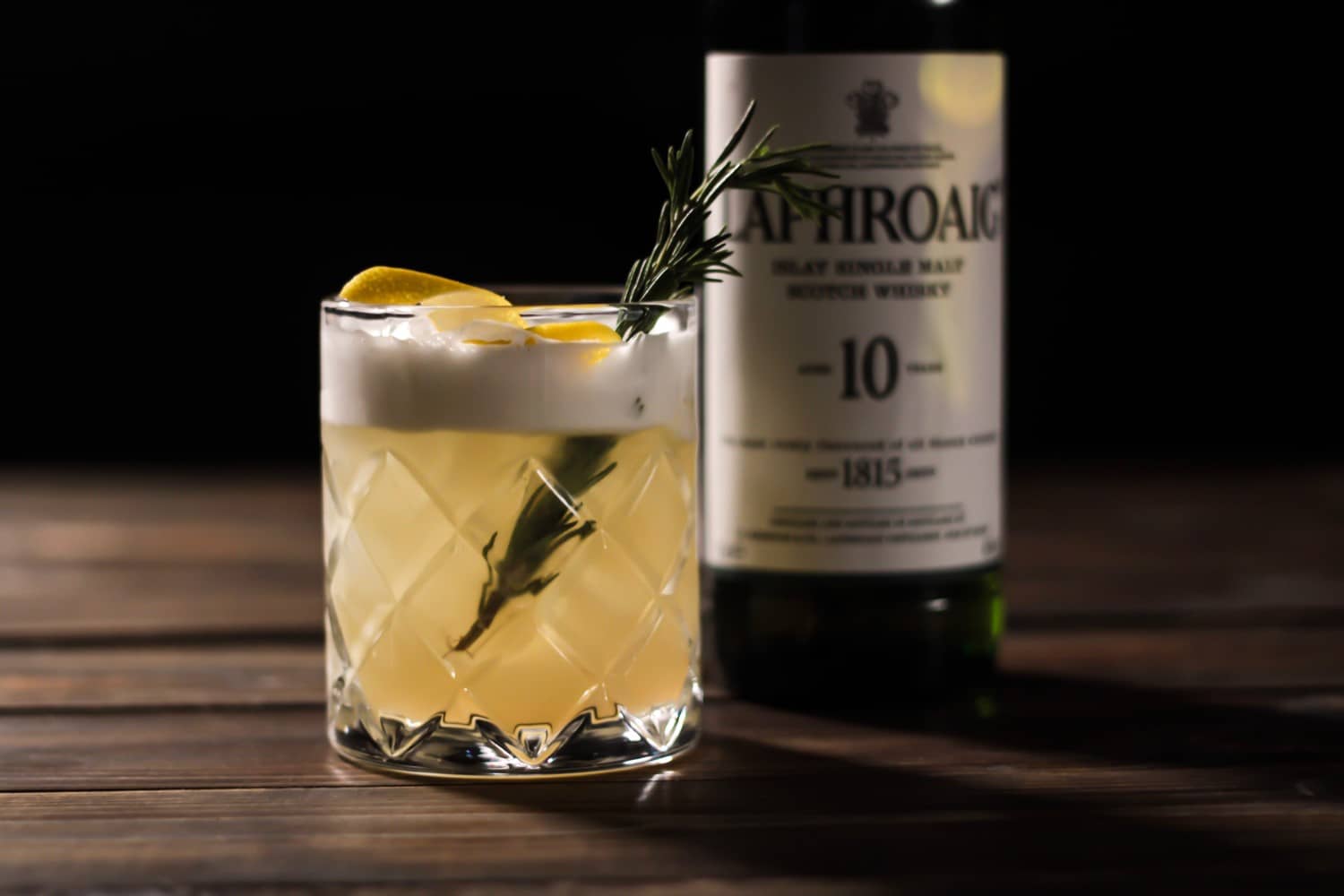 Both bourbon and other kinds of whiskey can come neat. It’s advisable for those just getting their feet wet with whiskeys to start off with Bourbon Whiskey. The high levels of corn that comprises bourbon provides a sweetness that counteracts the alcohol’s characteristic heat.

Rye whiskey, on the other hand, has a bit of a spicy kick to it. This is also a good place where newcomers can start. The rye tones down the character of the alcohol when served neat.

For a magical experience with friends, savoring a glass of whiskey is a classic way to enjoy alcohol in a social setting. There are a myriad of ways to drink it, but neat is a common and traditional method. It’s simply plain out of the bottle and into a lowball glass.

But, sometimes people experience what is a whiskey neat as far and it may be far too overpowering in flavor. In this case, it’s acceptable to add a drop of water or a bit of ice. This helps to release the aroma due to the whiskey’s hydrophobic compounds. Regardless of your method, it’ll be delicious all the same.