The Whisky Sour Cocktail is one of the most popular drinks made from delicious, oaky whisky. If you’re asking yourself “how to make a Whisky Sour?”, know that it is truly easy to prepare. There are only four ingredients required to make this cocktail.

The International Bartender’s Association recognizes the whisky sour is a classic beverage. The classic cocktail is made from whisky, citrus juice, simple syrup, and fresh egg white. The simplicity means this drink is sweet, citrusy, and refreshing.

The remainder of this article will discuss how to make a whisky sour, the ingredients in a whisky sour, and how to serve a whisky sour. It goes without saying that this delicious drink is an excellent choice to make at home for your friends, so we will teach here how you can make one on your next party.

Continue reading to learn more about how to make a whisky sour.

How To Make A Whisky Sour?

The Whisky Sour Cocktail is a registered drink with the International Bartner’s Association, recognized for its individuality and unique taste. According to Crown Royal, the whisky sour is one of the most popular whisky drinks across the world.

The traditional way to prepare a whisky sour uses a drink shaker and ice to mix and chill the drink.

Ingredients for a Whisky Sour Cocktail:

Gathering the ingredients is the first step on “How to Make a Whisky Sour”. Most bars have the ingredients for the traditional whisky sour in their fridge already, aside from egg whites. Fresh eggs or egg white cartons should be purchased frequently.

The first step to making a Whisky Sour Cocktail is to combine all ingredients in a shaker. Fill the cocktail shaker with at least a handful of ice. Shake your whisky sour in the cocktail shaker for at least twenty seconds. As you shake the mixture, it will quickly chill it.

As you mix the components of your whisky sour together, they will chill to create a crisp, chilled drink. Using a metal shaker typically provides the best result since it is an excellent conductor for cold.

If you or your friends have a sweet tooth, you can put some sugar syrup in this mixture.

In an “old fashion” glass, you should pass a lemon on the edge, inside and out, and then pass sugar. Lemon juice will make the sugar stick. Fill the glass with ice.

Use a strainer to pour them into a rocks glass over three or more ice cubes. The chilled drink will retain its cold temperature while you or the person you make the cocktail for handles it.

Serve the whisky sour cocktail with a garnish of orange peel or a cocktail cherry. These garnishes offer additional color and flavor to the fruity drink. 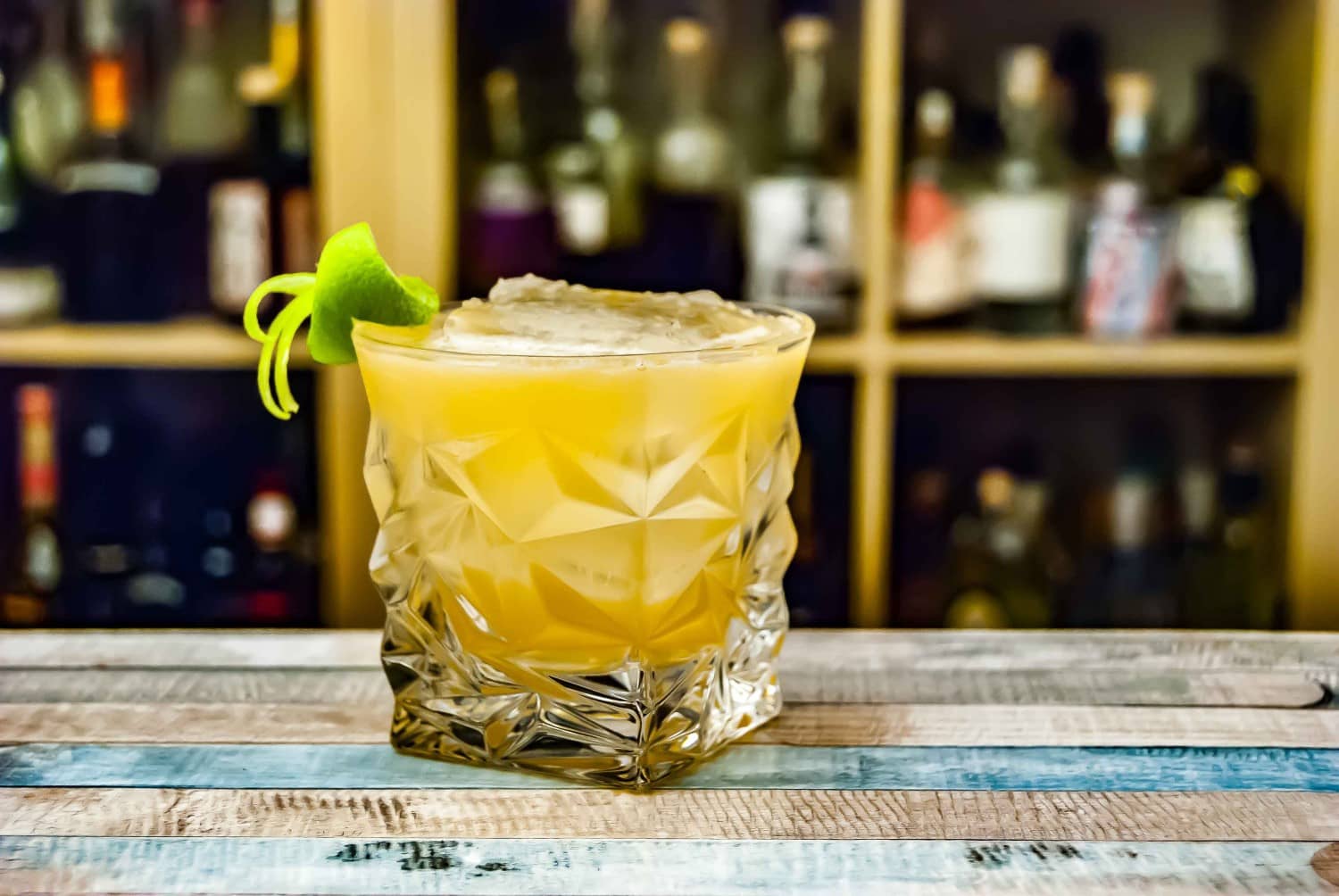 How To Make a Whisky Sour? – The Variations

The Whisky Sour Cocktail is such a popular drink that most whisky companies display a whisky sour recipe on the back of their label.

Crown Royal is one of the many whisky companies that have its own whisky sour recipe. The recipe features their signature, original Crown Royal whisky. This whisky has been one of the most popular whisky brands on the market since 1939.

Aside from the crisp flavor, Crown Royal is recognized for its signature purple bag and crafty recipes. Crown Royal also features their recipe for their 1939-style whisky sour cocktail on the back of some bottles.

The following recipe from Crown Royal for making a whisky sour is:

The Crown Royal whisky sour recipe is prepared traditionally in a shaker full of ice. The ingredients are shaken to a temperature of the drinker’s desire before straining and then serving it in a rocks glass.
To top it off, Crown Royal recommends garnishing your drink with a lemon wedge. The additional citrus sets the whisky sour over the top.

Making a whisky sour with Bulleit Frontier Whiskey requires only five ingredients and a few minutes’ time. It is also one of the best recipes that you will ever taste!

The following recipe is how to make a whisky sour with Bulleit Frontier Whiskey:

This Kentucky distillery keeps it old school, mixing their fresh whisky sour with a classic shaker before straining it into rocks glasses. An optional orange slice garnish and maraschino cherry are topped on the side. 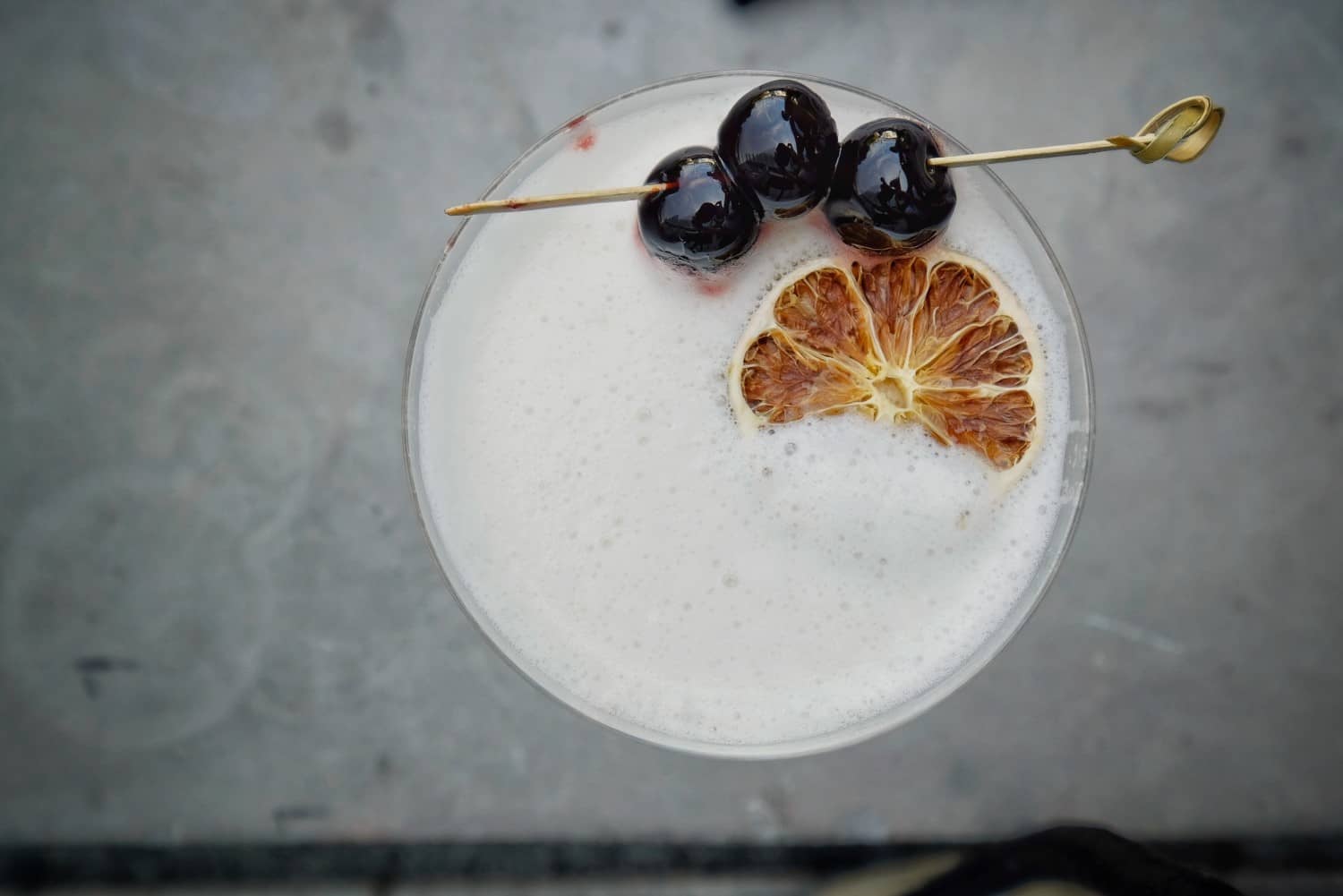 Southern Comfort is a traditional whisky brand, known for its whacky and creative recipes. The Comfort Whisky Sour is one of the many drinks that Southern Comfort has added to their grand list of drink recipes, among the Southern Milkshake and many others.

This unique take on “How To Make a Whisky Sour” by Southern Comfort include:

Use a shaker to mix the ingredients, shaking it for at least twenty seconds over ice. Strain the drink and pour it into a glass. 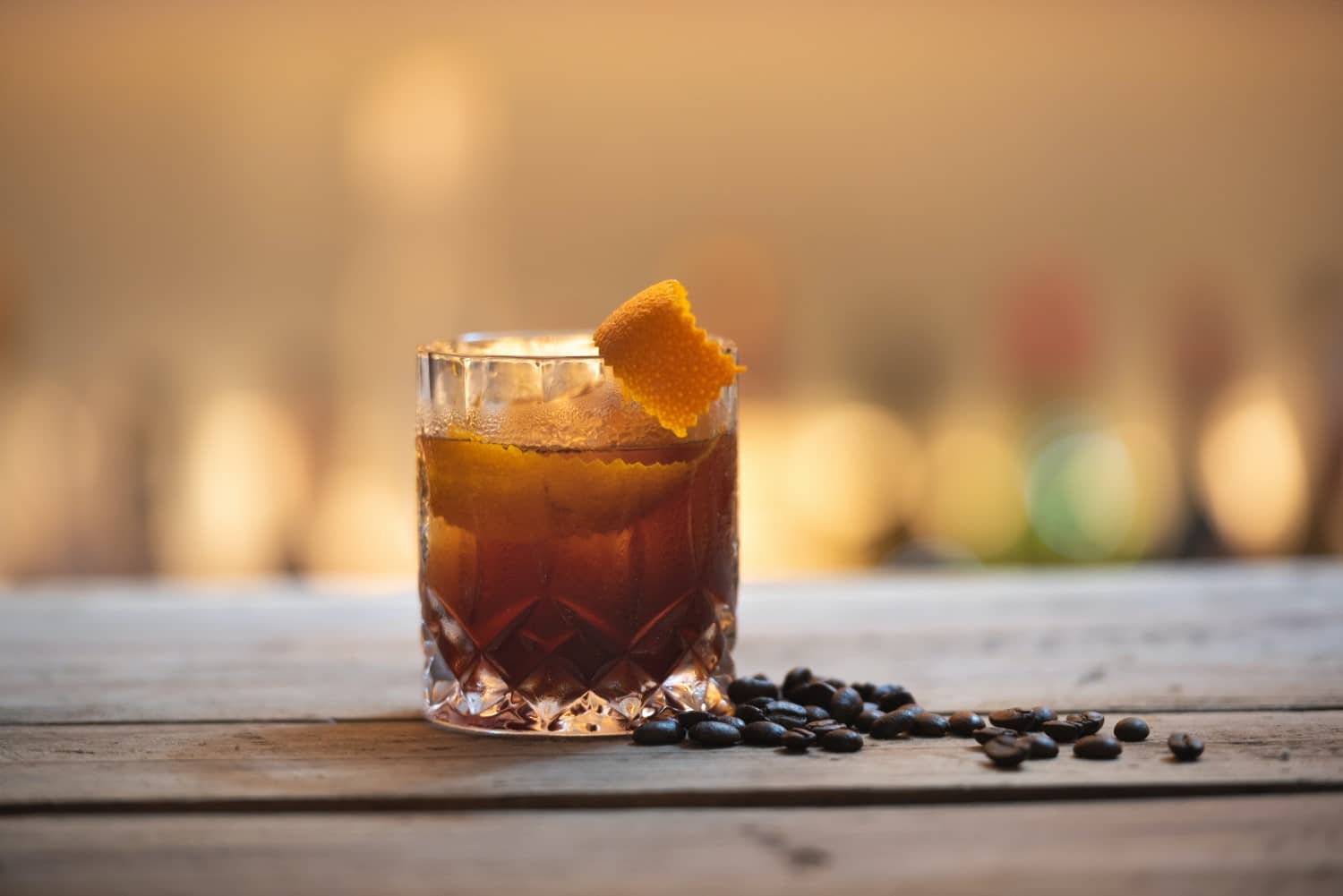 Martha Stewart take on “How To Make a Whisky Sour”

The Martha Stewart recipe for whisky sour cocktail uses freshly squeezed orange juice as the main component of its recipe.

The following recipe was crafted by Martha Stewart for making a whisky sour:

This recipe for how to make a whisky sour made by Martha Stewart is intended for multiple servings. Unlike the traditional whisky sour preparation, this whisky sour is prepared by stirring the beverage in a large pitcher.

Mix the ingredients in a large pitcher, filled halfway with ice. Use a large spoon to mix and serve in rocks glasses with some ice. 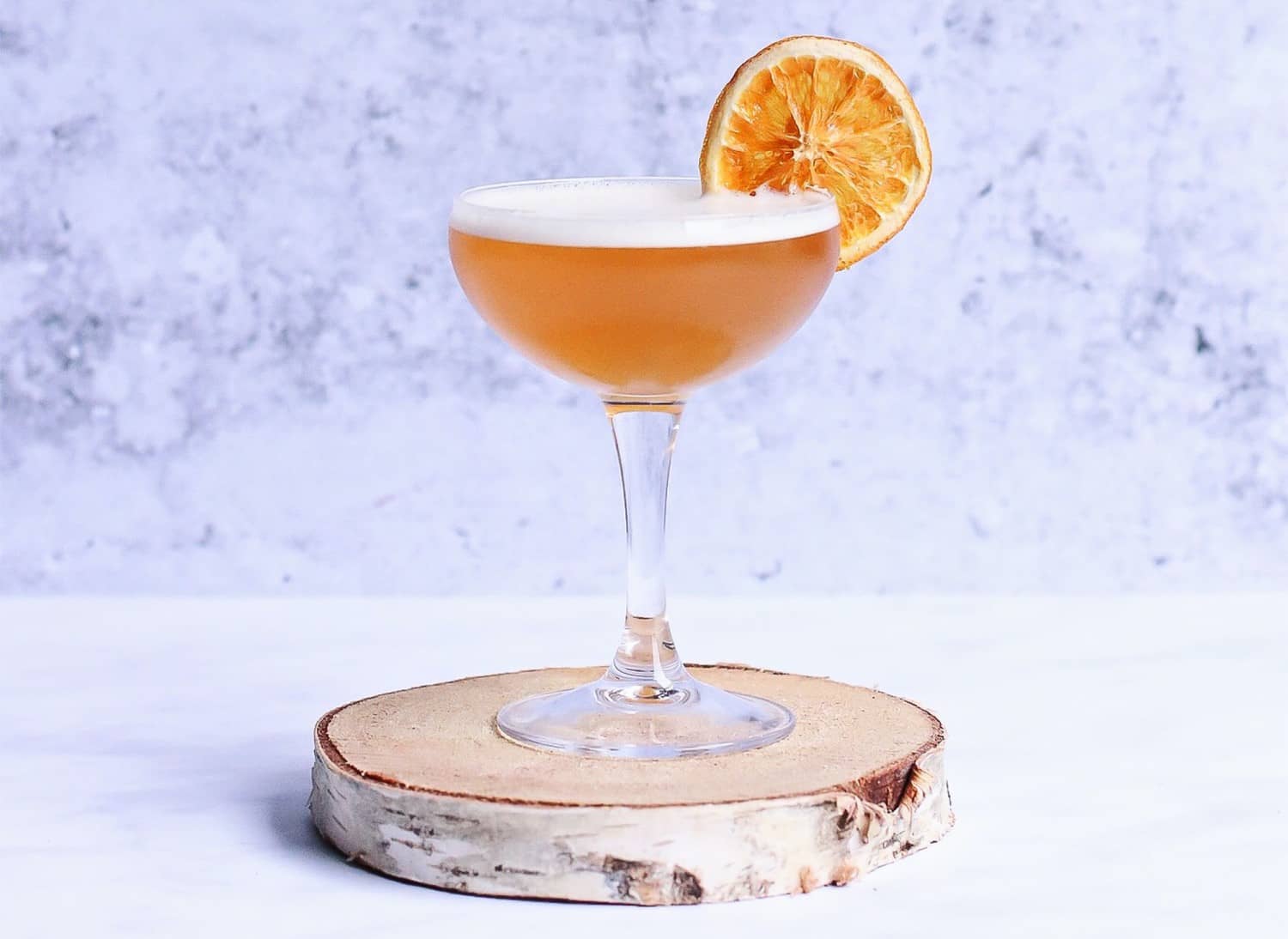 Why do you add egg whites to a Whisky Sour Cocktail?

Egg whites reduce the citrus flavor in a whisky sour to create a harmonious sweet and tangy taste. Without eggs, the taste of this drink would be tart. Furthermore, eggs create a fluffy, frothy top on the whisky sour.

Are eggs necessary in a whisky sour?

Not everyone uses eggs in a whisky sour because they are not necessary. If you do not have them on hand or do not want to include them, there is no need to add egg whites to your whisky sour. Keep in mind, the flavor will be considerably different since you do not have anything to balance out the citrus.

Do egg whites have a taste in a whisky sour?

What is the best whisky for making a whisky sour?

Bourbon is the best type of whisky for making a whisky sour because it has a naturally sweet flavor. The slight hints of citrus complement the lemon juice of the whisky sour.

Origins of the Whisky Sour Cocktail

Whisky Sour has its origins in the 19th century. Elliot Stubb, an Englishman who worked on a ship, arriving Peru, decided to mix whisky with lemon, the most used aromatic in this country, and a little sugar in the end. This was the first version of this cocktail, which is practically unchanged to this day.

The whisky sour is one of the most popular whisky drinks. The classic whisky sour is registered as an IBA official cocktail by the International Bartender Association. It is a fruity, crisp cocktail that has been satisfying whisky lovers for decades.

Answering the question “How To Make a Whisky Sour” There are only four ingredients required in a whisky sour, including whisky and freshly squeezed lemon juice. Bartenders mix these ingredients in a shaker and then pour them over ice in a whisky glass. Some people serve this drink with a fruit garnish and others serve the cocktail alone without fruit.
Every liquor company provides its own recipe for how to make a whisky sour. These recipes are often featured on the back of whisky bottles. Recipes for how to make whisky sour are also featured on whisky brand websites.