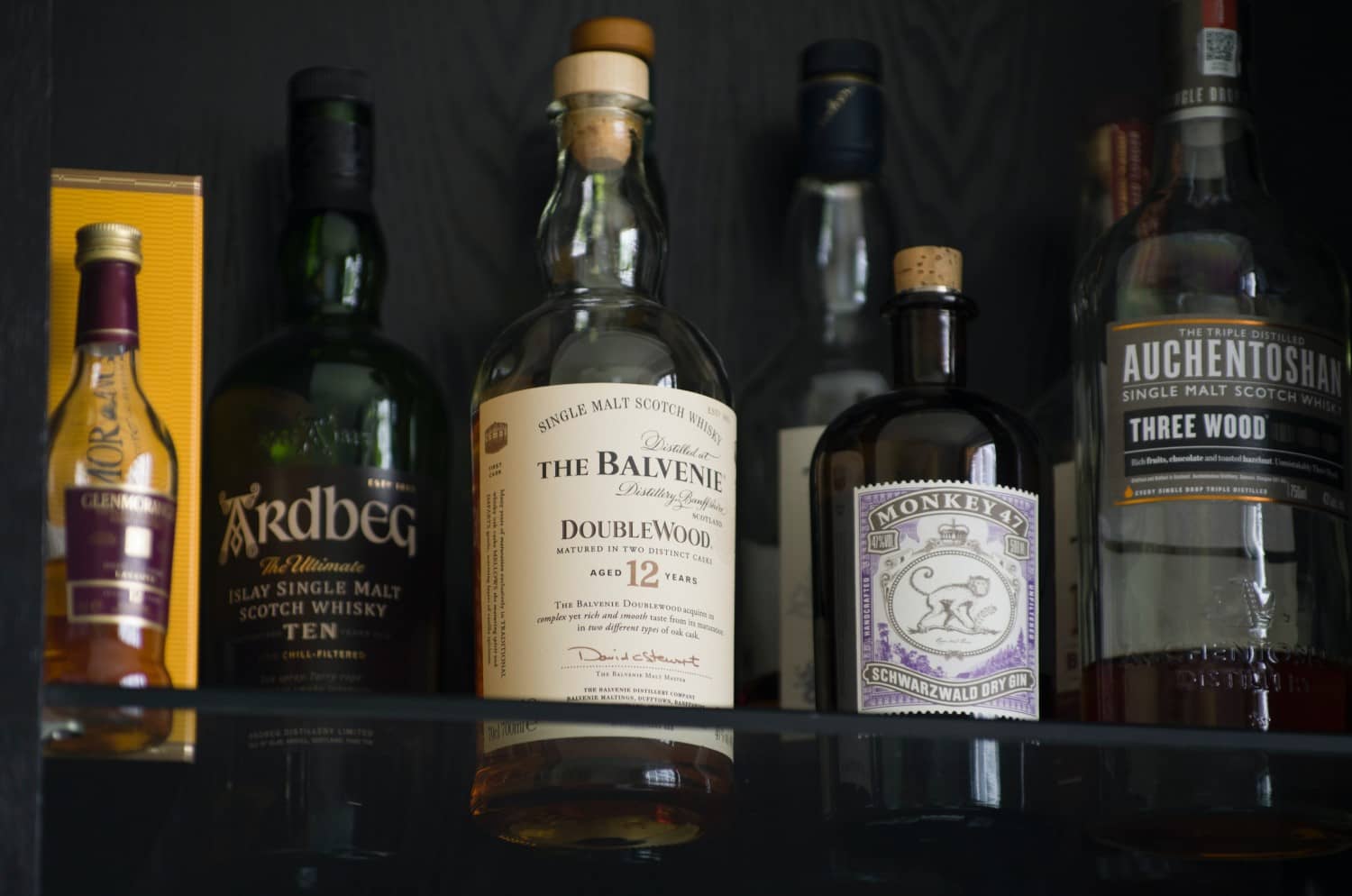 Whiskey should always be stored in a dark and temperature-controlled area. It’s very important to make sure the whiskey doesn’t come in contact with humidity when it’s in storage. With proper storage, a good bottle of whiskey could stay preserved for hundreds of years.

Investing in a good bottle of whiskey has many perks. Before the day comes when you want to open that bottle or sell it for profit, you will need to know how to store it properly. On this page, we’re going to talk about how to store whiskey the correct way. 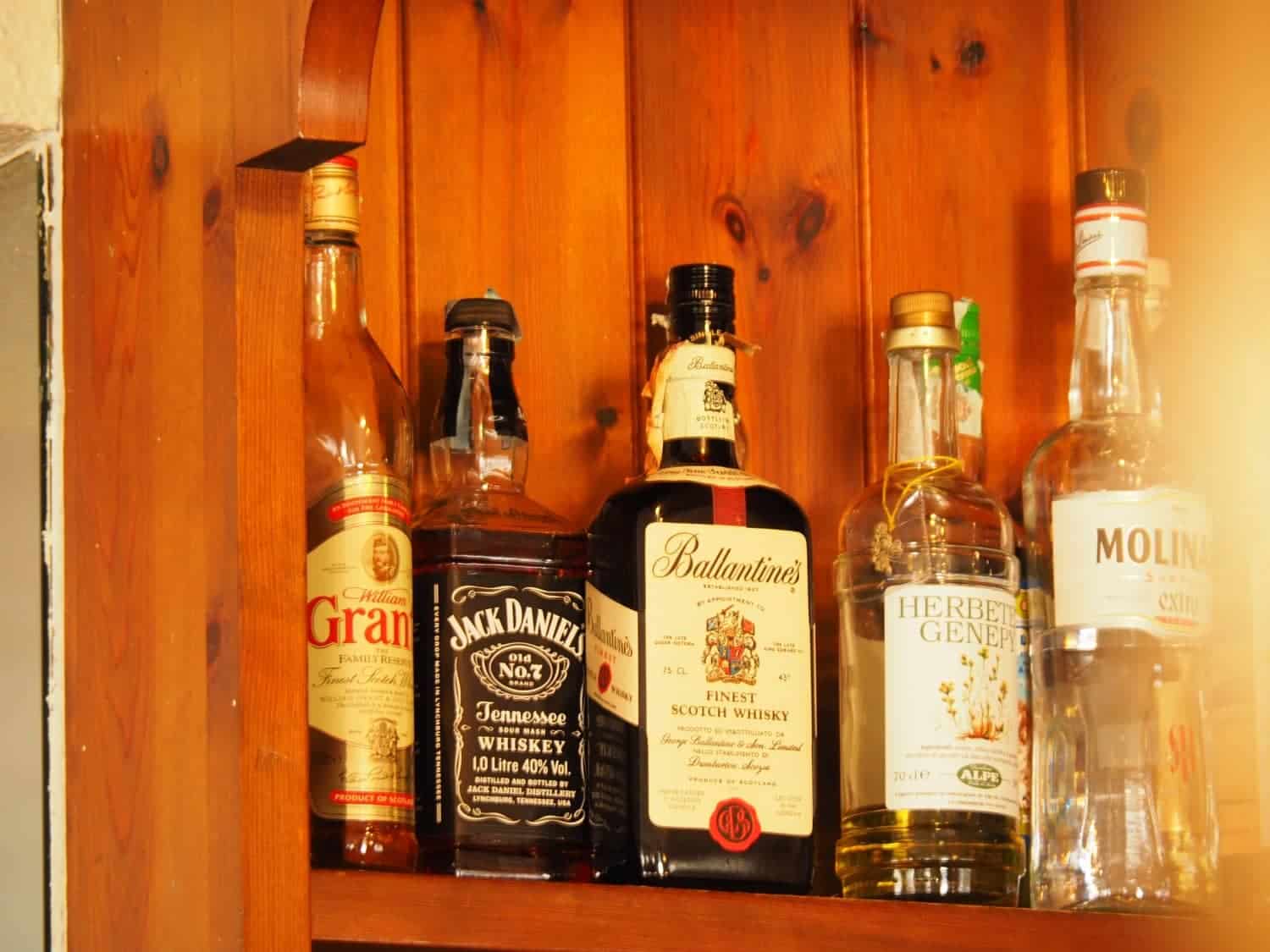 How to store whiskey

Did you know that when a bottle of whiskey is left sealed it could last for over 100 years? Whiskey stays preserved as long as it hasn’t been uncorked. However, if the whiskey hasn’t been stored properly, it won’t have the same quality.

Collecting whiskey is becoming a hobby of many people around the world. Some people collect it to enjoy the different whiskey flavors from different distilleries. Others collect to sell in the future because it can be a great way to make a profit. A 60-year-old bottle of Macallan Fine and Rare broke records by selling for $1.9 million in 2019.

Get to know some of the Most Expensive Whiskies ever sold!

So, the question “How to Store Whiskey?” is not complete. It should be “How to store whiskey to make it last in perfect conditions?”. If you have a bottle of whiskey that you plan to store, it’s important to store it the right way so the beverage will stay preserved. This means you need to pay attention to:

Where to store whiskey

Where you decide to store the bottle of whiskey is one of the most important choices you can make when it comes to keeping the bottle in prime condition. There is a good chance that you could be storing that bottle of whiskey for many years, so the location has to be precise.

Making the decision to start collecting rare whiskeys doesn’t mean you need to invest in a room with specialty equipment. If you have extra space in a cupboard, closet, or pantry, that will be just fine. One of the most important things to take into consideration when choosing a spot to store whiskey is that it is not in direct sunlight.

Sunlight is an enemy of whiskey for several reasons:

For these reasons, it’s important to choose a dark area to store bottles of whiskey. Avoid storing whiskey in glass cases or in a window where it will be exposed to a lot of light.

How to store a bottle of whiskey – The Cork Situation 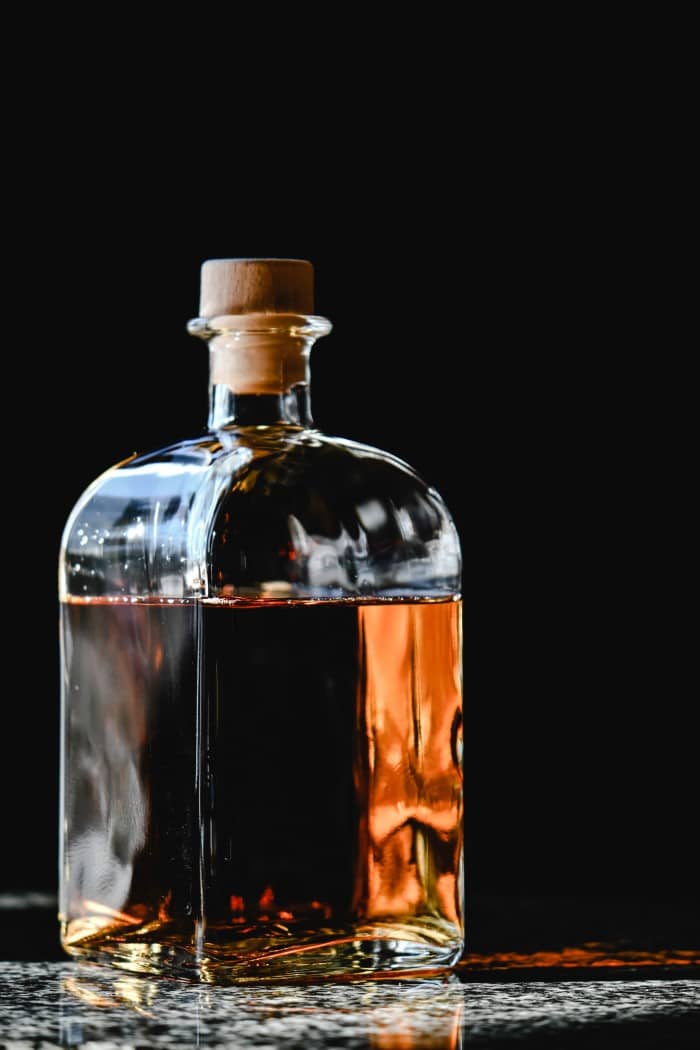 You may have an extra drawer that seems perfect for storing the whiskey. Before you get too excited with this answer to the question “How to Store Whiskey?”, you should know that whiskey always needs to be stored upright. Never store a bottle of whiskey on its side or upside down. The whiskey needs to be stored upright so the alcohol doesn’t come in contact with the cork.

If the bottle is stored in a position where the cork becomes saturated with whiskey, the cork can begin to deteriorate. When this happens, you’ll notice pieces of it coming off when you open up the bottle. This can alter the flavor of the whiskey leaving it with an unpleasant taste. If left too long, it may even lead to oxygen leaking into the bottle.

One thing to keep in mind is that you don’t want to allow the cork to completely dry out either. If that happens, it’s very likely to crumble upon opening.

PRO TIP: To keep the cork moist, make sure to pick the bottle up and swirl the liquid in the bottle around for a few seconds. Do this once a month and you won’t have to worry about the cork drying out.

How to store whiskey once it has been opened

Typically, after opening a bottle of whiskey, it will be good for up to a year. To make sure you preserve that iconic flavor, you need to make sure you store opened bottles of whiskey properly as well.

Oxygen is whiskey’s main enemy. When you store an opened bottle of whiskey, the top priority is to keep it from coming in contact with oxygen. If your bottle’s cork is still in good condition, this won’t be difficult. However, if the cork feels slightly loose, you may need to think of other options.

We recommend using a well-sealed container or a decanter with a tight seal for storing opened whiskey. However, if you use a decanter make sure that it is not made from leaded crystal. These decanters were very popular for a period of time because of how elegant they looked, but they have been known to extract into the whiskey which can be very dangerous.

Once you have the right container for whiskey, the same rules as above apply. The whiskey should be stored in a dark area where it has no exposure to light or heat. While whiskey can stay good for up to a year after opening, once the bottle is low it needs to be finished sooner. This is because the liquid in nearly empty bottles has had more contact with oxygen.

What temperature should whiskey be stored at?

Regarding how to store whiskey, the spirit needs to be stored at a controlled temperature. One of the worst things to do when collecting whiskey is to expose it to fluctuating temperatures. The ideal temperature range for storing whiskey is between 59 to 68 F (15 to 20 C).

Heat and whiskey do not get along (unless you’re mixing flavors). If the whiskey you’re storing gets exposed to heat for periods of time, it will end up expanding in the bottle. This causes the bottle’s seal to damage, which allows oxygen to seep inside.

You may have noticed that some people will store their whiskey in the fridge or freezer. Cold temperatures won’t cause any distortion or discoloration to the whiskey. However, you may not be able to sell a bottle that was stored cold for as high of a profit. This is because the cold temperatures cause the whiskey to be less aromatic.

How to store whiskey when traveling

If you plan to start collecting whiskey, there are some bottles that may be in your collection for decades before they are sold or opened. This means when you move, they will come along with you. To make sure your whiskey stays safe while traveling, you need to consider how you pack it for storage when you move.

Ideally, you should pack your whiskey bottles with as much insulation as possible when they are traveling. You should wrap them up well, and make sure they are not able to move around in the box that they are placed in. When you put them on the vehicle to be transported, you’ll want to make sure they don’t have a lot of heavier materials packed on top of them.

It’s also important to make sure the box is placed in an area that isn’t directly by a window where the sun can beam on it. You should also place it in an area where heat will be blowing on it either. 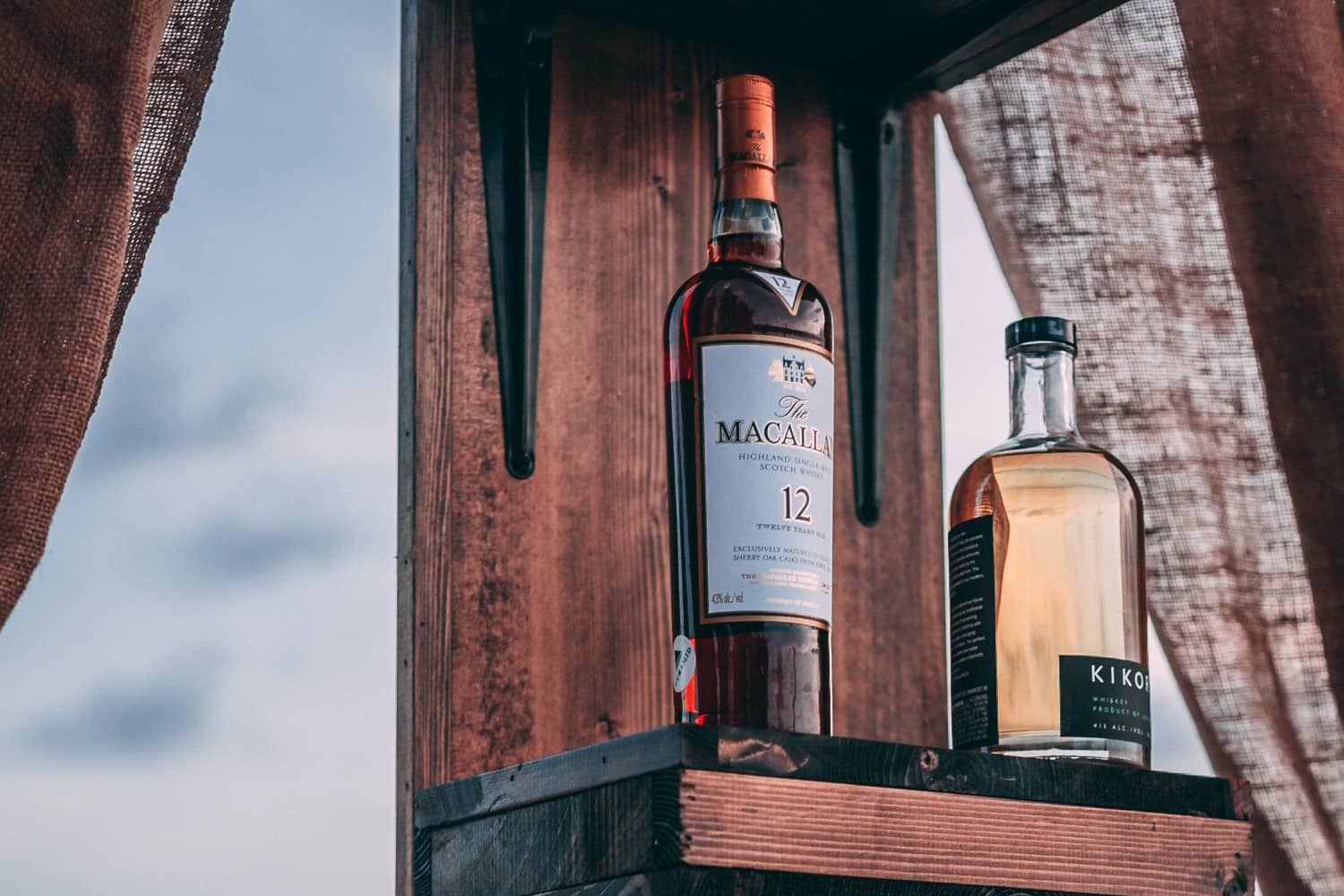 Whiskey can be a very valuable beverage when it’s kept in the right conditions. Proper storage is important, especially for rare whiskeys, because it preserves the quality of the beverage over the years. If the bottle isn’t in the right conditions, it’s very easy for the alcohol to lose its value. So, asking the question “How To Store Whisky For Investment?” is the way to go.

Sellers need to be very cautious that they store the beverage the right way. The sale of the bottle depends on the quality of the liquid inside and the condition of the labels. Avid whiskey collectors will inspect the color of the liquid in the bottle and the label to see how it has been stored. If they notice any distortion, they won’t be willing to pay a high price.

Rare whiskeys can go for thousands of dollars at auctions. However, anyone who is willing to pay that much will know exactly what to look for before investing in a bottle.

Collecting whiskey is a fun hobby that can also be quite profitable. The only way to make a decent profit off of your rare whiskey collection is to make sure you are storing the whiskey properly. Creating the ideal storage area for whiskey isn’t complicated or expensive. It’s likely you even have a space in your home already that you could use.

Some of the most important things to consider when storing whiskey are to make sure the area is cool and dark. It’s also important to keep the humidity low so the moisture doesn’t affect the label. Reserving a space in one of your cupboards or a pantry is ideal if you don’t have a cellar. With proper storage, you could see the value of your whiskey collection increase with time.