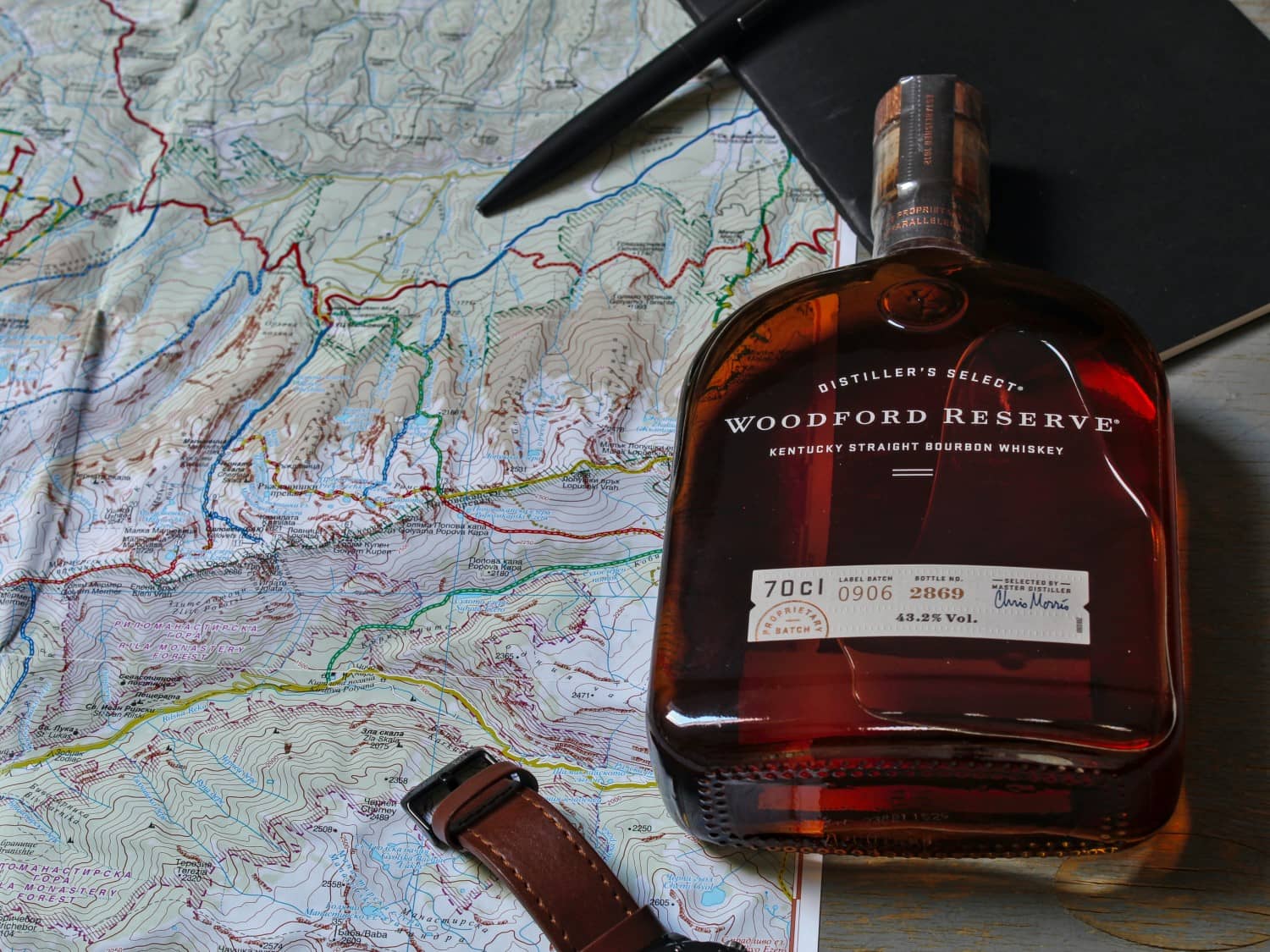 The Whiskey Rebellion, a series of protests, violence, and uprisings that occurred due to a national excise tax imposed on distilled spirits, pitted the new federal government against ingrained American ideas about local sovereignty and personal freedom. The Whiskey Rebellion demonstrated that the federal government had the authority and ability to enforce laws and suppress resistance. As a result, political parties emerged that supported or opposed a strong central government.

Today, disagreement persists about which powers the federal government should exert and what decisions should be left up to the states. Two hundred and thirty years after the first major resistance to federal authority, people still wonder, what was the Whiskey Rebellion? The wave of resistance that the government faced when it created a new excise tax found rural Americans ready to engage in a struggle for states’ rights.

What Was the Whiskey Rebellion? – The Summary

What Was the Whiskey Rebellion?

The American Revolution saw the largest upsurge in individualism and rebellion that the thirteen colonies had ever experienced. The ragtag colonies banded together to fight and evict a common enemy, the British Empire, from American soil.

When the Constitutional Convention met in Philadelphia, Pennsylvania, in 1787 to develop a practical government system to replace the Articles of Confederation and administer the new nation, some preferred to allow states to accept or reject government policies. Other leaders voted in favor of a strong central government with the power to collect taxes and enforce laws.

After the war, the American government needed to become self-sufficient and repay its war debts that amounted to $54 million.

Faced with the issue about how to raise sufficient revenue, Alexander Hamilton, Secretary of the Treasury, came up with a solution to tax a drink that the eastern elites considered a luxury item.

By taxing things that the federal government considered non-essential goods, unlike the Stamp Act that caused an uproar when the British Parliament imposed taxes without the colonies’ input, the American government hoped to regulate trade, fund the administrative infrastructure, and pay off huge war debts owed to their European allies (particularly France) from the American Revolution.

They did not expect that the new law would cause a violent uproar among the colonies.

What Was the Whiskey Rebellion About?

Unlike the hated Stamp Act, which taxed an imported item, the Excise Whiskey Tax directly taxed Americans on their product.

Whiskey wasn’t the most popular colonial alcohol, but it remained a strong bartering commodity. Although the authorities considered distilled alcohol a taxable luxury, small farmers on the frontier did not.

Since all farmers in Appalachia and the Allegheny Mountains grew crops, they could only sell a limited amount locally. They also faced difficulties transporting grain over dangerous mountain roads to sell at markets in the east. As a result, their livelihood depended on distilling surplus grain into whiskey. Farmers could store and transport whiskey more easily. Bartering grain alcohol helped supplement families’ meager frontier existence.

Now, farmers faced letting surplus rye and corn (the key ingredients in colonial whiskey) go to waste or pay a tax that they could not afford. Worse, the government demanded that the tax could only be paid in cash.

What Was the Whiskey Rebellion Issue?

While a cash tax is hardly surprising today, the realities of rural economics in colonial America spelled a different story.

Without a federally mandated income tax and with the history of a recent rebellion against taxation, most eighteenth-century Americans hated taxes.

In a rural and largely cashless society, many Americans depended on bartering and trade to survive. Most people did not have access to hard currency. Instead, they used whiskey as a kind of frontier currency. When the federal government imposed the cash tax, this meant that many farmers would have to scramble to come up with enough cash to pay the tax. This created a hardship for rural Americans who often relied on subsistence farming.

The people who lived west of the Appalachian and Allegheny mountains largely sprang from Scots-Irish stock. Protestants seeking freedom and Catholic highlanders who fled after the Scottish Rising in 1745-1746 found a home in the rolling mountains.

Many of them fought against British taxation and invasion a decade earlier. Hardworking, self-sufficient, and wary of government interference, these people did not have the resources or the stomach to submit to a new federal tax.

What Was the Whiskey Rebellion Goal?

These rural farmers, many of them with military experience during the American Revolution, wanted a chance to survive. They didn’t want to be taxed for money that they didn’t have. They wanted the option to do what they wanted with their own surplus grain without legal restrictions.

The government sent tax collectors into the countryside, stretching along the Appalachian backbone south of New York, through Pennsylvania, and west of the Appalachian into the Allegheny Mountains.

Faced with a new tax that they felt unjustly targeted farmers who relied on distilled grain liquors, frontiersmen in western Pennsylvania voiced their resistance.

They refused to pay the tax.

What Was the Whiskey Rebellion Affair?

In Philadelphia, Congress failed to anticipate the violent protest that the tax provoked.
Protests erupted in 1794 as government inspectors rode into towns and settlements on the Pennsylvania, Virginia, and backcountry Kentucky borders to collect the tax. In July, a group of Pittsburgh rebels attacked and set fire to local tax inspector John Neville’s home.

Others seized an unlucky inspector and tarred and feathered him as a public example. The man survived. Frontiersmen used intimidation tactics to resist the tax. They threatened to beat anyone that offered tax collectors shelter or a place to stay. Meanwhile, the rebellion spread like wildfire as large forces gathered in Pennsylvania and threatened to engulf other states.

In September, a frontier force marched on Pittsburgh to protest the tax.

Hamilton, a fiery proponent of a strong federal government, moved to crush the uprising. While President George Washington preferred to step back and offer forbearance, Hamilton pushed for punishment. He argued that the new government would not survive if it did not stamp out large resistance movements that threatened its power.

Hamilton wanted to send in the army. Instead, Washington alerted the state militias and sent negotiators in to talk with the rebels. When mediation failed, Washington agreed to let Hamilton take control.

On September 25, Washington announced that he refused to allow “a small portion of the United States [to] dictate to the whole Union.”

What Was the Whiskey Rebellion Result?

Once Washington gave Hamilton the go-ahead, Hamilton and Virginia governor Henry Lee marched at the head of 13,000 militiamen into rebel country in western Pennsylvania.

By the time that their boots landed on the ground, most of the organized local resistance had melted away. The federal troops met no resistance. Instead, they rounded up 150 men that they considered ringleaders and culprits. A court convicted two men of treason for their role in the rebellion, but the trial stalled due to a lack of evidence. Washington later granted pardon to both men.

Calling in the militia effectively ended the Whiskey Rebellion.

Hamilton felt elated. He had proved that the federal government could squelch a rebellion and exert control and obedience to its laws through military force whenever the government deemed necessary.

Other political leaders and thinkers such as Thomas Jefferson expressed deep concern about the government’s armed response. Jefferson believed that the federal government had overstepped its boundaries and infringed on citizens’ liberties. In 1802, President Jefferson repealed the Excise Tax and the government shifted to relying on tariffs to increase revenue.

What Was the Whiskey Rebellion Significance?

The Whiskey Rebellion represented the first major showdown between federal power and individual rights. Colonial farmers in western Pennsylvania and the frontier to the south resented what they considered an unfair, direct tax imposed on their source of livelihood. They violently resisted the tax’s infringement on their liberty.

The Whiskey Rebellion remains significant because it demonstrated for the first time that the federal government had the power to suppress resistance to the laws enacted by Congress. It could enforce obedience and levy relevant taxes on citizens across every state.

The federal response to the uprising also represented the important first use of the Militia Acts of 1792 that permitted the president to recruit state militia into federal service “whenever the laws of the United States shall be opposed or the execution thereof obstructed, in any state, by combinations too powerful to be suppressed by the ordinary course of judicial proceedings.”