The Glasgow Distillery Company, known for their Glasgow 1770 Whisky, is bringing Glasgow back to its distilling history. The founders Liam Hughes, Ian McDougall, and Mike Hayward aim to tell Glasgow stories through their spirits.

Below, you will learn about the Glasgow Distillery Company and its many tasty spirits. Some of the stories they tell may surprise and delight you.

If you’ve ever had the pleasure of drinking Glasgow 1770 Whisky, you may be wondering who makes this wonderful spirit. Look no further than the bottle; proudly displayed at the bottom of the label is the name Glasgow Distillery.

The distillery is located in—surprise, surprise—Glasgow, Scotland. This distillery, which labels itself a “Contemporary Urban Distiller,” won Scottish Whisky Distillery of the year in 2020.
Several of their spirits have won awards of their own as well. Glasgow 1770 The Original Whisky has won two notable awards: a Gold award from the San Fransisco World Spirits Competition and Best Lowland Single Malt from the International Whisky Competition.

These clearly skilled distillers know how to make quality spirits and at the same time enjoy what they do. A bit of their character shines through in the naming of their stills. Three of them are named after family members of the founders while another two are named after famous Glasgow artists.

The three named for family members are Tara, Mhairi, and Annie. The other two are named after the MacDonald sisters: Frances and Margaret.

When was the Glasgow Distillery Company founded?

It is easy to assume that the Glasgow Distillery Company has been around since 1770 because of its branding. This isn’t wrong in a way, but it isn’t right either.

The founders’ idea to bring single malt distilling back to Glasgow solidified into a company in 2012. The Glasgow Distillery Company didn’t open until 2014, however. They took their name from a distillery that was founded in 1770 and operated in Glasgow.

So, there was a Glasgow Distillery Company founded in 1770, but the one that exists today is not the same one.

When the current Glasgow Distillery Company was formed there were no distilleries making malt whisky. When the production of malt whisky began it became the first Glasgow malt distillery in over 100 years.

Who founded the Glasgow Distillery Company?

The three men behind the Glasgow Distillery Company are Liam Hughes, Ian McDougall, and Mike Hayward. The CEO is co-founder Liam Hughes.

These three had the goal to bring single malt whisky distilling back to Glasgow after such a long absence. They hope that their distillery reawakens the distilling tradition in the city. Additionally, they want to use their spirits to tell some of the lesser known stories from Glasgow. 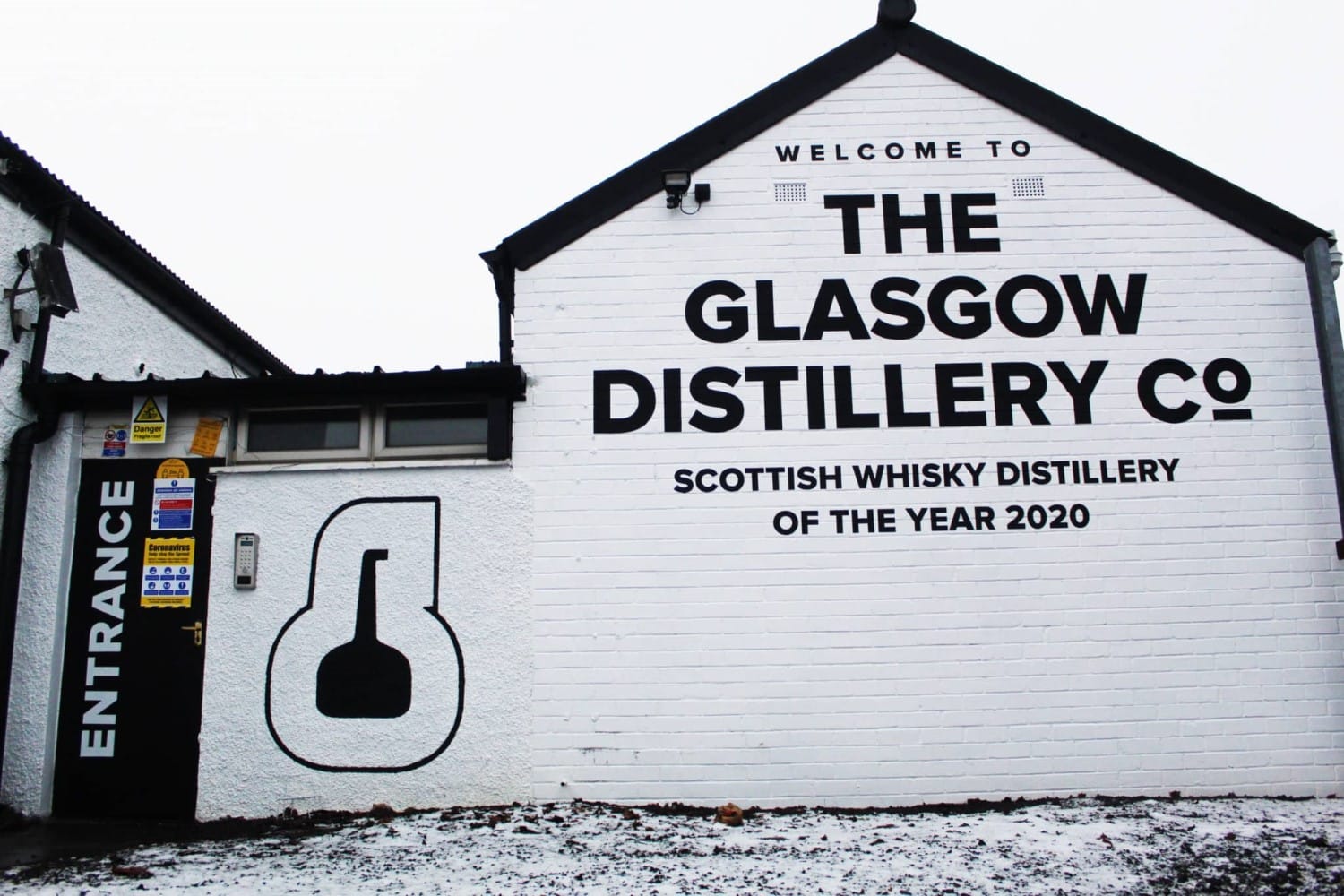 What spirits are distilled by this Distillery?

Though they have a signature range of three whiskies, the Glasgow Distillery Company makes several other spirits. Each one has its own branding instead of sticking with just one which is a less common trend in the distilling business.

The Glasgow Distillery Company endeavors to have a hand in most of the various spirit markets, not just whisky. That said, whisky is still their main focus with four of their stills reserved for whisky.

The distillery also puts out limited edition whiskies from time to time and the most recent three they’ve done only had under 500 bottles available. These are the expressions on their range:

This is the first expression launched by the Glasgow brand and it already won 4 gold medals in competitions: at The International Whisky Competition 2019, the San Francisco World Spirits Competition, the International Spirits Challenge 2019 and at the Scottish Whisky Awards 2020.

The secret to be so beloved among the Lowlands whiskies is the slow distillation and maturation in ex-bourbon casks with a finishing in virgin American Oak barrels.

The Glasgow 1770 Whisky The Original has a fruity nose that develops into notes of oak. The palate is sweet with hints of fruit and honey. It finishes slowly with similar notes from the palate. It can be served on the rocks, neat, or with a bit of ginger ale. This whisky pairs well with salmon.

This expression was already sent to some of our customers with their Whisky Subscription Box. Get to know all about it, here: https://www.whiskyflavour.com/shop/whisky-subscription-tasting-box/

The triple distilled expression from the Glasgow 1770 Whisky is a smooth and light dram that has won the silver medal at the San Francisco World Spirits Competition 2021.

In order to produce this Single Malt Scotch Whisky, it is used pure water from the Loch Katrine and the slow distillation happens three times in traditional copper pot stills. The third distillation is essential to remove any oil from the whisky and have a smoother expression.

The Triple Distilled starts with vanilla and a slightly fruity nose. At first sip, it is very smooth. It has notes of vanilla, caramel, and some fruits. This one also finishes slowly. It develops from sweet to hints of spice. Serve this whisky straight from the bottle or slightly diluted by water.

To make this expression, concerto barley is peat smoked. In addition, the Glasgow 1770 Peated Single Malt Scotch is slowly distilled, as the other two expressions, in copper pot stills. Besides the usage of peat, this dram distinguishes itself by being aged in American Virgin Oak Casks, having a finish in Pedro Ximénez Sherry Casks.

This peated single malt whisky is smoky and sweet. Its nose is smoky with hints of spice and fruits. The palate is earthy with notes of tobacco and cacao. Like the others, it finishes slowly. Enjoy this whisky the same way you would enjoy The Original. This one pairs well with dark chocolate.

In addition to their signature range, the Glasgow Distillery makes a blended Scotch whisky branded Malt Riot. This branding comes from historical riots in Glasgow and across Scotland in response to the government’s attempt to tax malted barley.

The Malt Riot Vat No.6 is a blend made with, primarly, Glasgow 1770 Single Malt Whisky and other Scotch whisky expressions.

This Scotch expression has a nose with notes of oak and vanilla. The palate introduces apples and spices. Finally, it finishes smooth with hints of fruits and nuts.

If you want to get your hands on this whisky you have a couple of options. If you live in one of the countries they ship to, you can order directly from their website.

At the moment they do not ship to any EU countries due to complications with their international couriers. Shipping and customs fees are something you should look out for when ordering internationally.

The Glasgow Distillery Company also does virtual tasting sessions on certain dates. These sessions taste their signature range of whisky and their Malt Riot Blended Whisky.