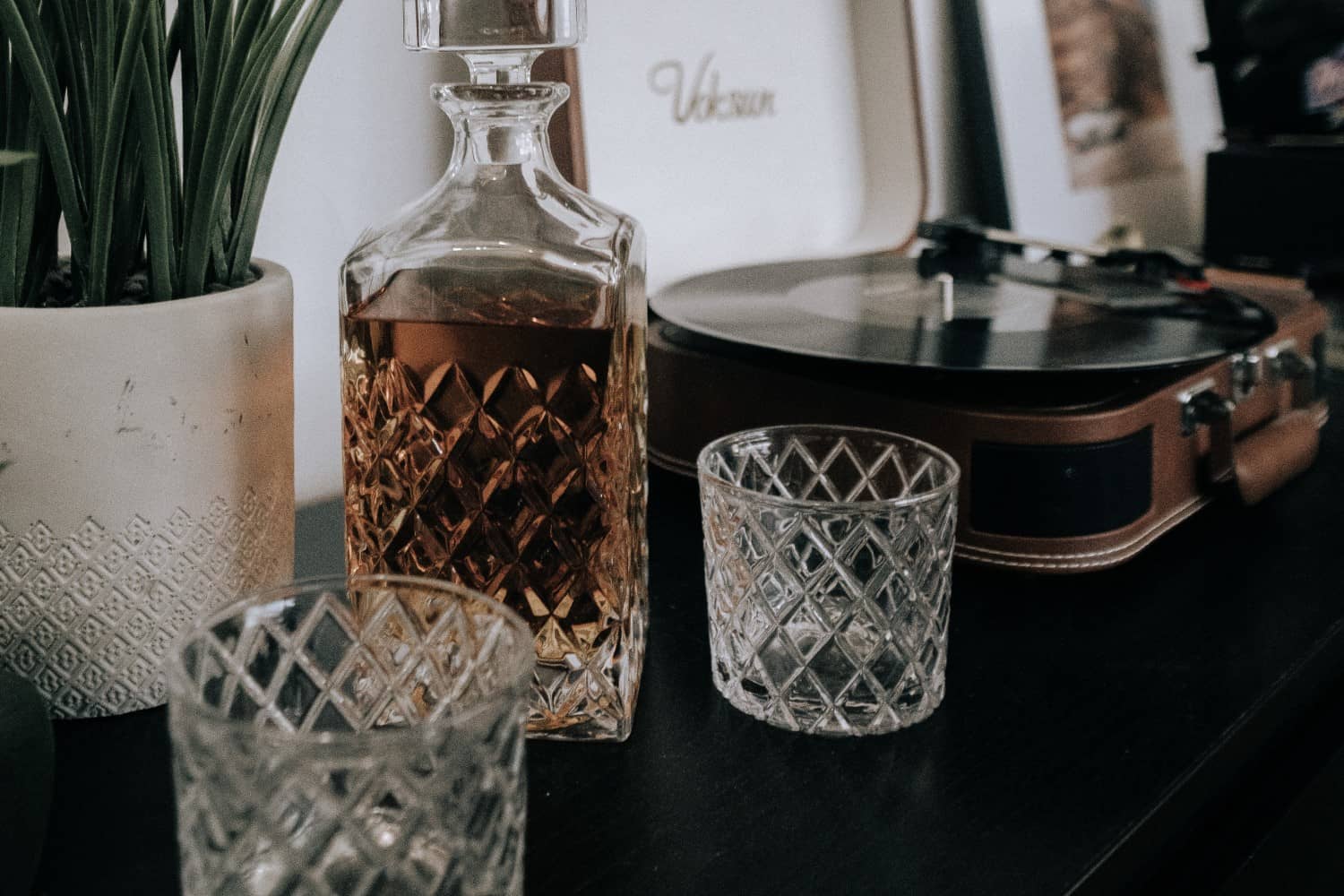 Bourbon is one of the most popular types of whiskey available on liquor store shelves. By traditional definitions of bourbon, bourbon must be distilled in the United States of America with at least half of the mash bill coming from corn.

Bourbon is typically associated with the American south, but it does not have to come from the deep south. Bourbon is produced all over the United States and there are countless examples of small batch bourbon brands that you can enjoy. 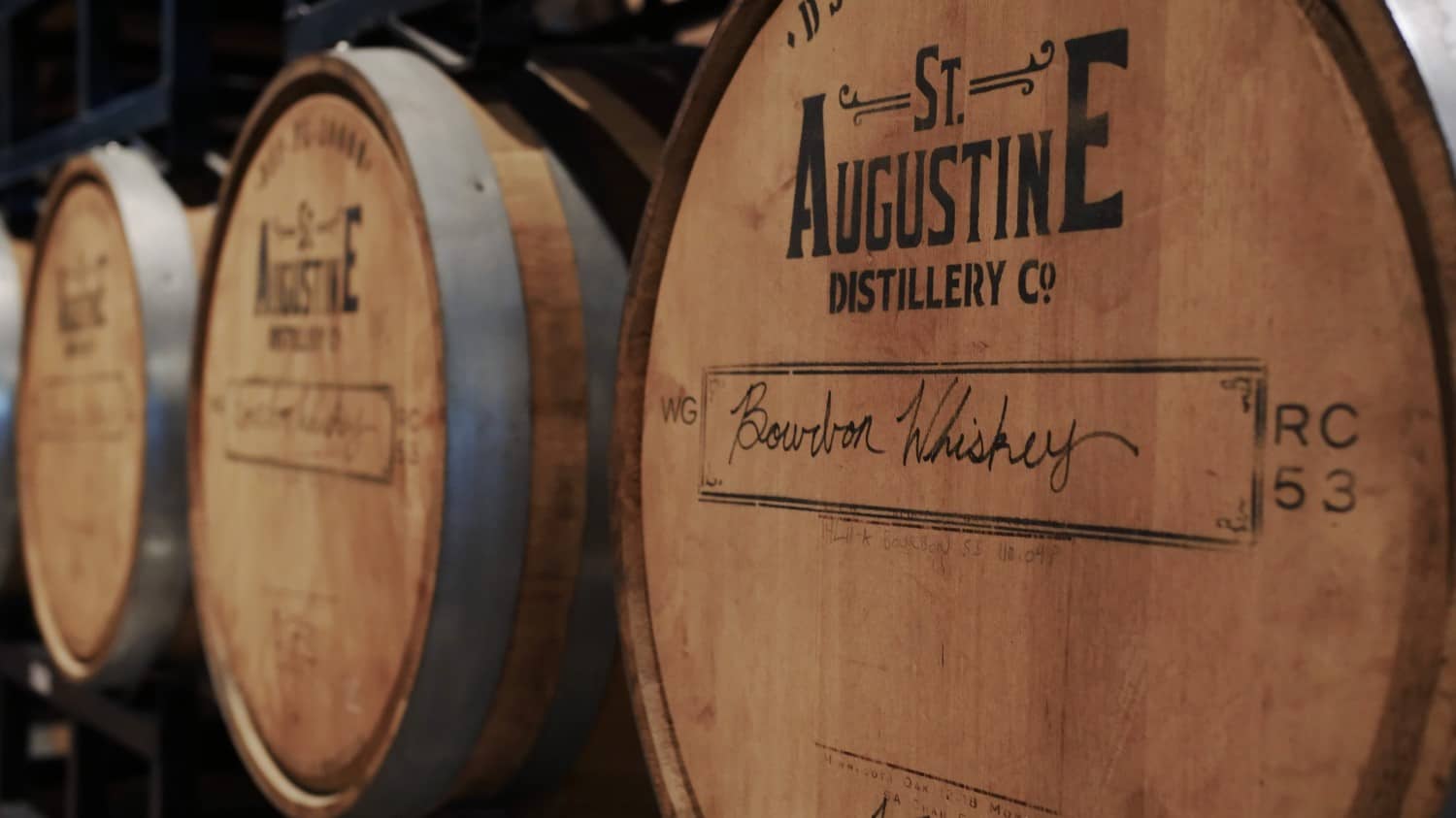 Before diving into some amazing Small Batch Bourbon expressions, let’s clear out what “small batch” means. First of all, it means that it is a blend of other bourbon whiskies; it is not vatted or a single barrel bourbon.

In order for a bourbon to be called Small Batch, that expression has to be a blend that comes from a smaller number of barrels, since any other blend can be made from hundreds of other expressions.

This term started appearing in the labels by the 1990’s to describe leading expressions such as Knob Creek, for instance. Nowadays, since there is no regulation for this label, any brand can use it to describe a blended expression that comes from a limited number of barrels. The lack of any legal stance makes the limit of barrels itself oscillate from brand to brand, making it impossible to tell what is an appropriate number of barrels to define an expression as “Small Batch Bourbon”.

Still Curious about the Production of Bourbon? Discover here How Bourbon Whiskey is Made! 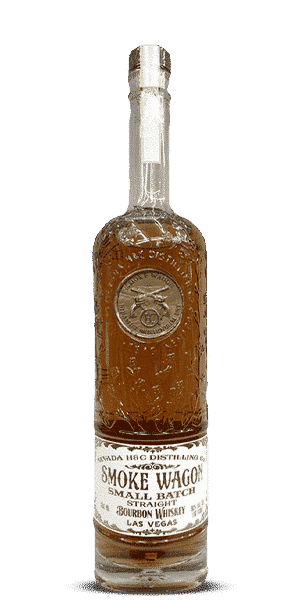 Smoke Wagon Small Batch is a small batch bourbon that was released for the first time back in 2016.

It uses barrels of high-rye bourbon that were carefully selected because of the rich and complex flavor that they possessed. Smoke Wagon Small Batch is a blend that uses older and more mellow high rye bourbon as well as young and spicy high rye variants of the bourbon.

This Bourbon is a great option for anyone who enjoys rye whiskey and is interested in exploring the world of small batch bourbon.

There are also hints of caramel butter, sweet corn, peppery rye, and raisins.

Wilderness Trail is committed to the concept of small batch distillation. This is why their bourbon consists of no more than twelve barrels per batch.

This high rye bourbon is toasted and charred in American oak barrels.

This is one of the most multi dimensional small batch bourbons that your money can buy. This is a great combination of spicey fruit that you are sure to love.

When you try Wilderness Trail Bottled in Bond Small Batch, the first thing you will notice is the aroma of caramel apple hitting your nose, combined with the scent of almonds, charred oak, and sweet corns.

You will enjoy the taste of dry cherry, vanilla beans, nutty sweetness, and roasted marshmallow. Overall this drink tastes like a combination of sweet caramel and cinnamon spice.

This is an award winning small batch bourbon that is distilled with four grains, starting in 2014. Every grain in this process is grown locally in the state of New York. After this, it is then aged in charred American oak barrels.

If you are looking for a locally distilled bourbon, this is the small batch bourbon for you. Everything in the process happens right in New York.

The scents that you will notice when you try Black Button Four Grain Bourbon are tobacco, charred oak, and vanilla beans. You’ll also notice the taste of spicy cinnamon, butterscotch candy, and sweet treacle.

There is more to Tennessee whiskey than just Jack Daniels. For exampole, Bib & Tucker’s 6 Year Old Small Batch is a great example of what Tennessee has to offer.

Some of the scents that you will notice when you try Bib ; Tucker’s 6 Year Old Small Batch are the scents of barrelhouse, vanilla beans, and maple syrup. There is also the taste of pecan, dry cherry, caramel, cream, and a dab of cinnamon sugar.

Another classic Texas distilled bourbon is the Garrison Brothers Small Batch. They source all of their ingredients locally in their home state of Texas.

Some of the smells and tastes that you will notice when you try this bourbon are apples, honey, spicy cinnamon, and charred oak. There are also flavors of orange zest, caramel, vanilla, cinnamon sugar, and almond cookies.

Widow Jane is famous for being able to perfectly blend aged whiskey. This ten year old expression of bourbon is one of its best blends yet. This blend uses no more than different five expression barrels and does not use any chill filtration. It also only uses locally sourced water.

You won’t care that Widow Jane 10 Year is outsourced small batch bourbon, because it blends the bourbon so well, you’re going to love it regardless.

Some of the things that you will notice with Widow Jane 10 Year are the buttercream frosting, cinnamon, rich oak, and sugar. You’ll also enjoy the taste of walnut, citrus, maple syrup, and marshmallow. 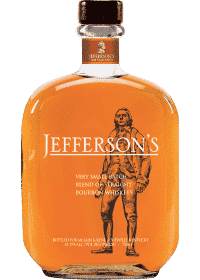 You know that this is a small batch bourbon, because it says so right in the name. This is a blend of a few different types of bourbon including Jefferson’s.

You will be hard pressed to find a small batch bourbon that is as perfectly blended or enjoyable to drink as Jefferson’s Very Small Batch.

Some of the things that you will notice when you try Jefferson’s Very Small Batch are the smell of orange peels, wood char, butterscotch candy, and cinnamon. You will also notice the taste of vanilla, caramel apple, and spice.

Bourbon is mostly associated with Kentucky, but there is good bourbon distilled outside of Kentucky as well. Wyoming Whiskey Small Batch is a bourbon with ingredients that come entirely from Wyoming.

Not very many people associate Wyoming with bourbon, but that’s what you’ll start thinking of after you try Wyoming Whiskey Small Batch.

Some of the aromas that you will notice with Wyoming Whiskey Small Batch include wildflowers, toasted vanilla, cinnamon, spice, and honey. You’ll love the taste of caramel, cinnamon, and butter almond cookies.

Pinhook Bohemian Bourbon is the first whiskey that Old Taylor Distillery distilled in over fifty years when they started distilling it. Now they are known as Castle and Key, and they have refined their small batch bourbon distilling process even further.

Every time you buy a bottle of Pinhook Bohemian Bourbon, you’ll be getting a new flavor experience. This is because they change their ratio of corn to rye to barley every single year.

One of the most distinct things that you will notice about Pinhook Bohemian Bourbon is the aroma of lemon and baked bread. You’ll also love the taste that has hints of toffee, fruit, and cinnamon.

Elijah Craig Small Batch is a small batch bourbon that comes from the world famous Heaven Hill Distillery. It has a medium char in American oak barrels.

This is a delicious and reasonably priced small batch bourbon, which makes it popular with bourbon enthusiasts everywhere.

When you’re sipping on Elijah Craig Small Batch you’ll notice the aroma of vanilla, oak, sugar, and a hint of herb. You’ll also enjoy the taste of char, tobacco, fruit, and caramel.

This is one of the more complex small batch bourbon recipes out there but it is simple to enjoy. You simply pour a glass with a single ice cube and you are good to go.

When you give Four Roses Small Batch a try, you’ll notice a scent of orange peel, caramel, vanilla, and a hint of dried wood. You’ll also notice the taste of buttercream, sugar, cinnamon, toffee, and char.

Bourbon is one of the most popular varieties of whiskey for a reason. It is a delicious alcoholic beverage to sip on. There are distributors who make bourbon in massive quantities but the best brands of bourbon are made in small batches.