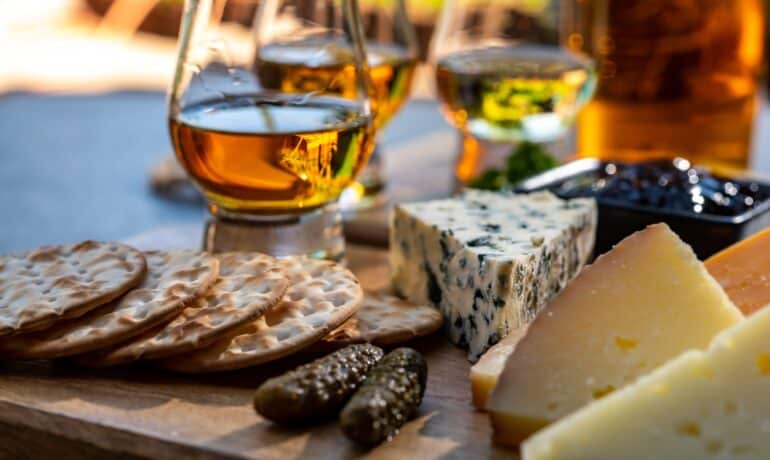 Drinking and eating are both wonderful pleasures of life, specially if you pair them perfectly. Give these scotch and food pairings a try and have a blast!

“Food pairings” doesn’t have to just mean whether you’re going to enjoy a glass of white or red wine with a meal. The term can apply to any of your favorite beverages — especially the venerable Scotch.

Sure, Scotch is (and often should be) enjoyed solo, preferably in front of a roaring fire. But it can also be very easily matched with a wide range of your favorite snacks or dishes.

Here are just a few ideas for great eats to complement your favorite bottle.

Here’s the best Scotch and food pairings you should try!

Not every Scotch works perfectly with cheese, but certain light types meld extremely well with a wide range of cheeses that aren’t heavy. For example, a single malt with a light spiciness, like the Aberlour, goes perfectly with the tasty yet not overpowering Spanish favorite Manchego.

More flavourful, creamy cheeses, such as goat cheese (flavoured or not), works with something more medium-bodied and fruity, including the Aberlour 12-year-old or the Speyside malt.

If you enjoy a peaty and super-earthy whisky, you may want to try this twisted scotch and food pairing: medium to slightly harder cheeses that up the saltiness ante and anything well-aged, such as gouda or Parmigiano-Reggiano. Peat-heavy Scotches that would work well with those include the Balvenie Peat 14-year or the Big Peat Small Batch Islay. 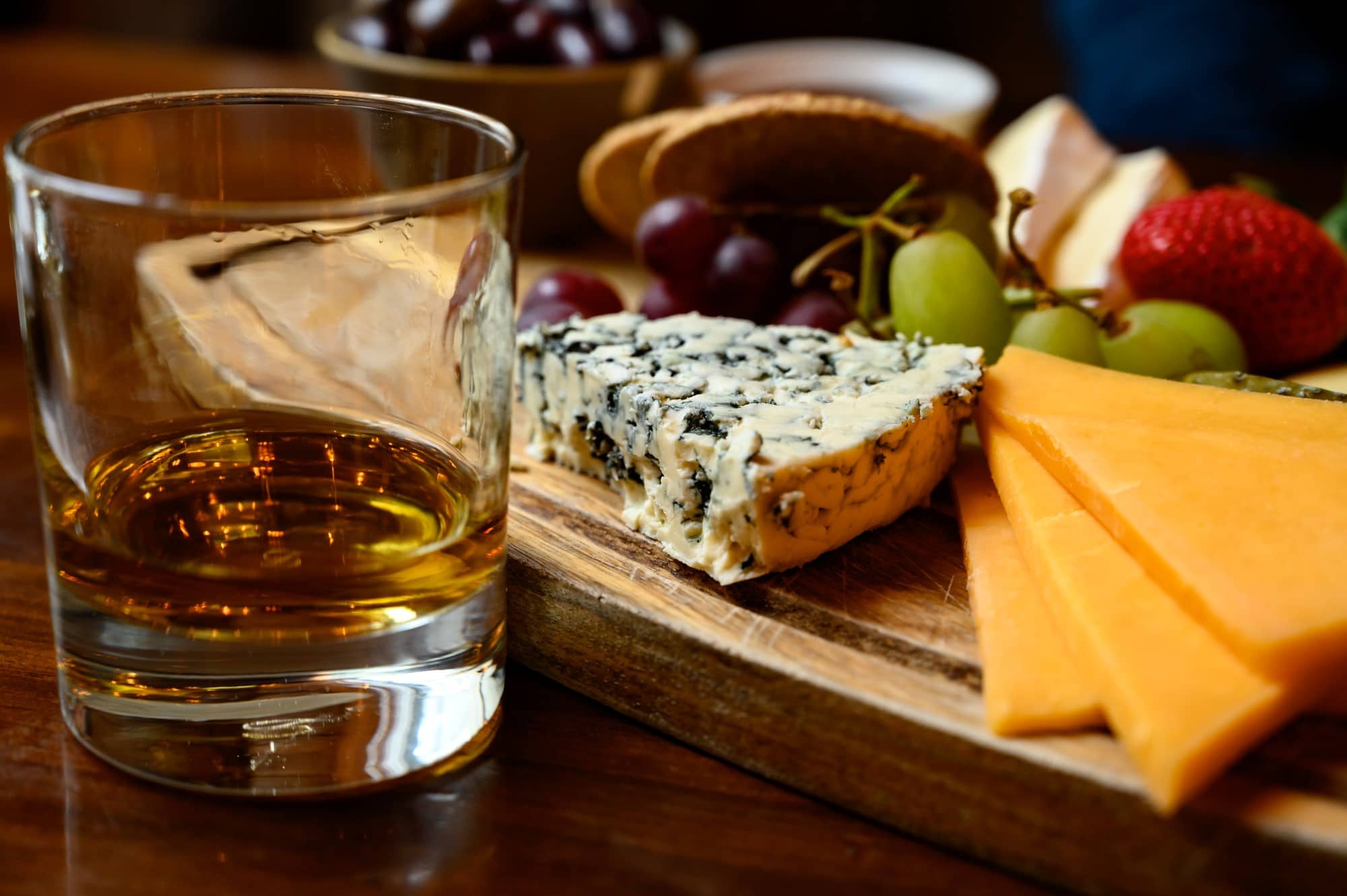 Everyone has a favorite type of chocolate but that doesn’t mean you can put it with your favorite spirit when consider it the best Scotch and food pairing, since they might not go as well as you think.

If you’re a milk chocolate person, especially milk chocolate with fruit or nuts, pair it with a Scotch that’s light with fruity notes. Options include the Macallan Edition No. 6, Glentauchers 10-year-old single cask or the Highland Park 18-year-old.

Mint chocolate helps tone down bitey and more intense Scotches, like Bruichladdich’s the Organic 2010 and Edradour’s 10-year-old Scotch whisky. The peppermint in the chocolate will bring out to best in these.

For those who only eat robust, rich dark chocolates (hey, they’re healthier for you, too), go well with rich Scotches.

They complement each other, as opposed to overshadowing each other. Try the Balvenie Doublewood 12-year-old, the Glenfiddich Fire and Cane, or the Laphroaig Quarter Cask. 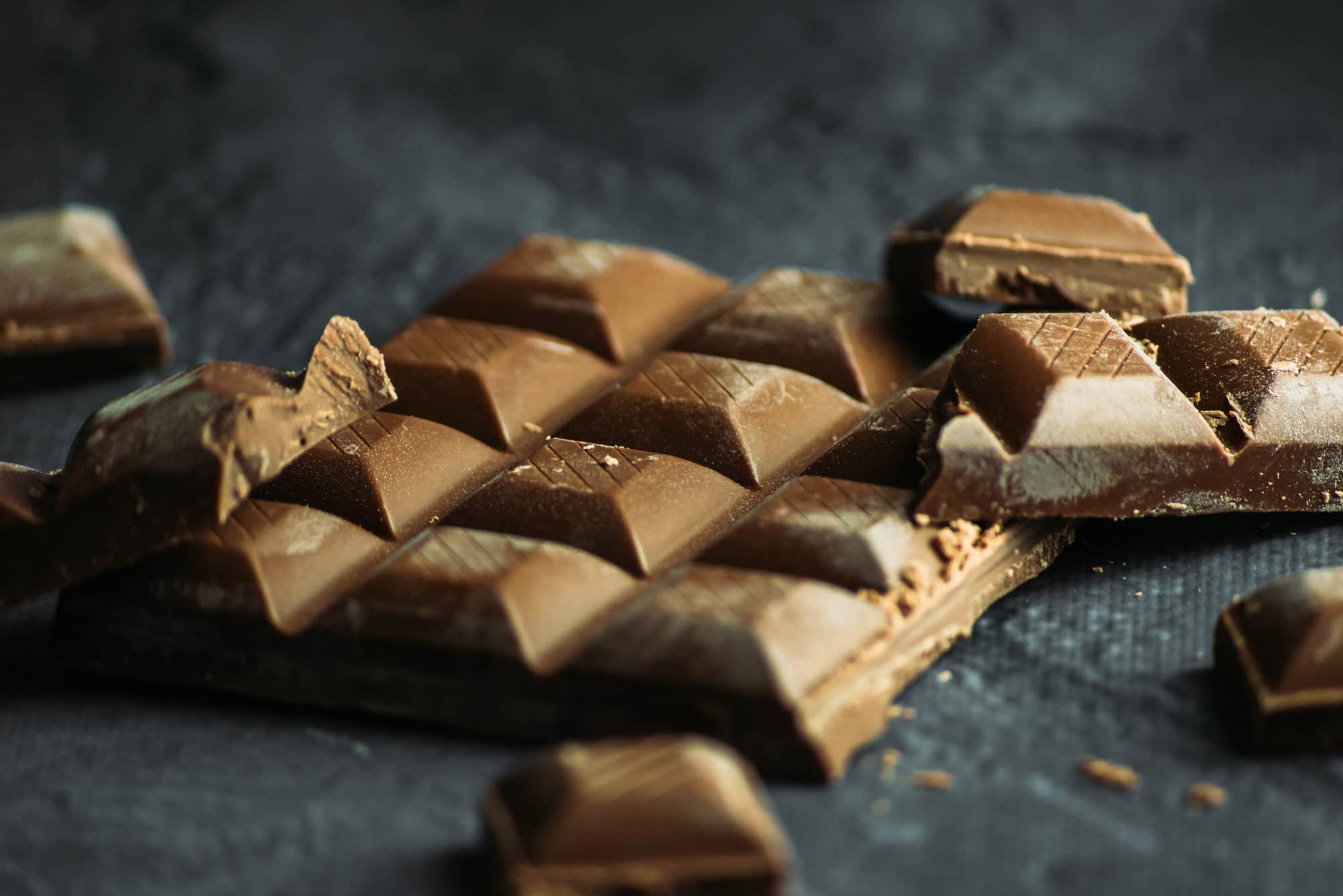 The general rule of thumb here: strong Scotch goes with sweeter nuts, sweeter Scotch with bitter nuts, and roasted nuts with smoky Scotch. If you follow those nut guidelines for a Scotch and food pairing, you’ll be rewarded with some fantastic flavours.

Sweeter nuts such as Spanish gourmet Marcona almonds, macadamias, and coconuts will be complemented by the muscley Bruichladdich X$ Quadrupled whiskey or the Macallan Classic Cut 2020 single malt.

Nuts on the bitter side, such as kola or bitter almonds, need something sweet, like the Glenlivet Caribbean Reserve, the Glenmorangie Nectar D’Or single malt or the Brenne Cuvee Speciale.

For heavily roasted nuts — some peanuts, cashews, and walnuts — go for Benriach’s the Smoky 12 or the Ardbeg Wee Beastie. 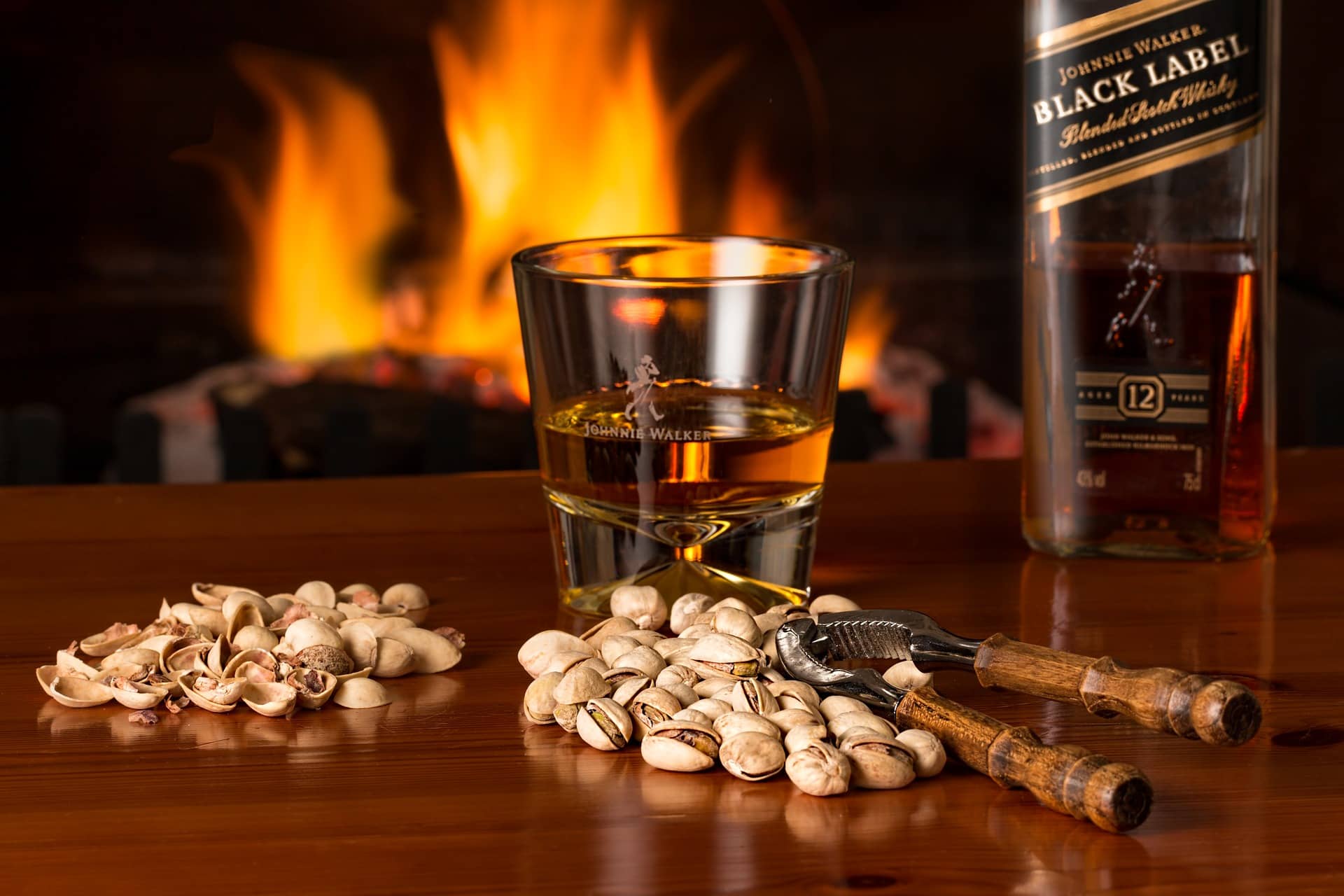 What are you having from the sea today? Each catch deserves special attention when considering pairing them with scotch whisky.

Fish found in rivers, including bass, rainbow trout, perch, and some salmon, works better with smooth and fruity malts, according to scotchwhiskey.com, including many Glenlivet and Glenfiddich options. Saltier mare — mackerel, other salmon, sardines — require stronger scotch, such as Talisker or anything from Laphroaig.

Many who make Scotch swear that oysters are among the best Scotch and food pairings, especially smoky, salty, and tangy options that complement minerally oysters. Great smoky options for oysters include Ardbeg Dave Cove, from Islay, Scotland, the New Riff Backsetter, or Balcones Brimstone.

Other seafood that goes well with peaty and smoky scotch: scallops and crab. If you’re a sushi lover, try any unpeated Scotch.

The possibilities are endless when it comes to fruit-based Scotch food pairings.

More Tart fruits, such as apples, pears, cranberries, and lemon, work the best overall with any Scotch, especially single malts like Clynelish that already have hints of fruit. Other great options: the Robert Burns Blend, Tullamore Dew, and Auchentoshan American Oak.

Fruit that is overly citrusy — oranges, mandarins, pineapple — aren’t easy to pair with Scotch. Some avoid pairing them altogether, while others swear by the tang-smokey combo. Proceed lightly. 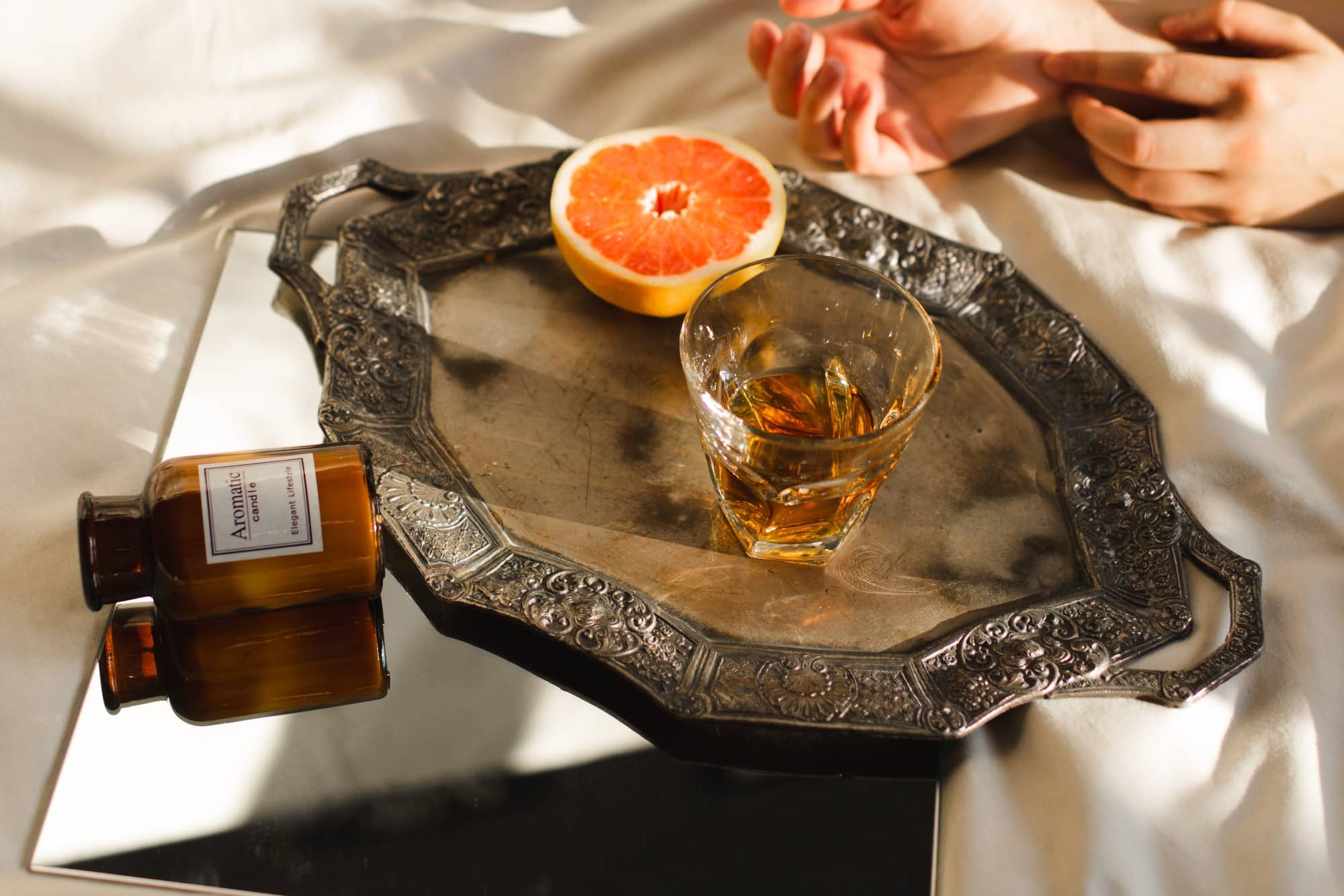 Grilled steak, such as a juicy New York strip or ribeye, pairs nicely with Scotch tinged with a sweetness that is still full-bodied. There’s a lot of options here for steak and Scotch food pairings.

A lean sirloin or filet goes well with a spicy Scotch that brings out the savory nature of the cuts. The Macallan Sherry Oak 12-year works here, too, but other options include Bruichladdich The Laddie 10 and Bunnahabhain 12.

Tenderloin pairs like a dream with the Auchentoshan 12-year-old and its maltiness and grassiness, according to whiskyadvocate.com, which also loves matching T-bone with the Yoichi 15-year-old and a striploin with Stranahan’s Colorado. Welcome to flavor town!

Meatloaf, yes meatloaf, gets an upgrade within the world of Scotch food pairings, especially with something peaty, spicy, or a rye. Yes, even when using sauce on the loaf. While we’re off steak, pork ribs or loin is always a safe best with Scotch.

In general, follow the advice of Brent Young, of Brooklyn’s The Meat Hook. “Fat equals flavor, so a leaner cut might not be the best match for whiskey,” he told Men’s Journal.

By the way, the magazine recommends matching skirt steak with Michter’s US1 Straight Rye, ribeye with Redemption Rye, and pork belly with Buffalo Trace Bourbon. 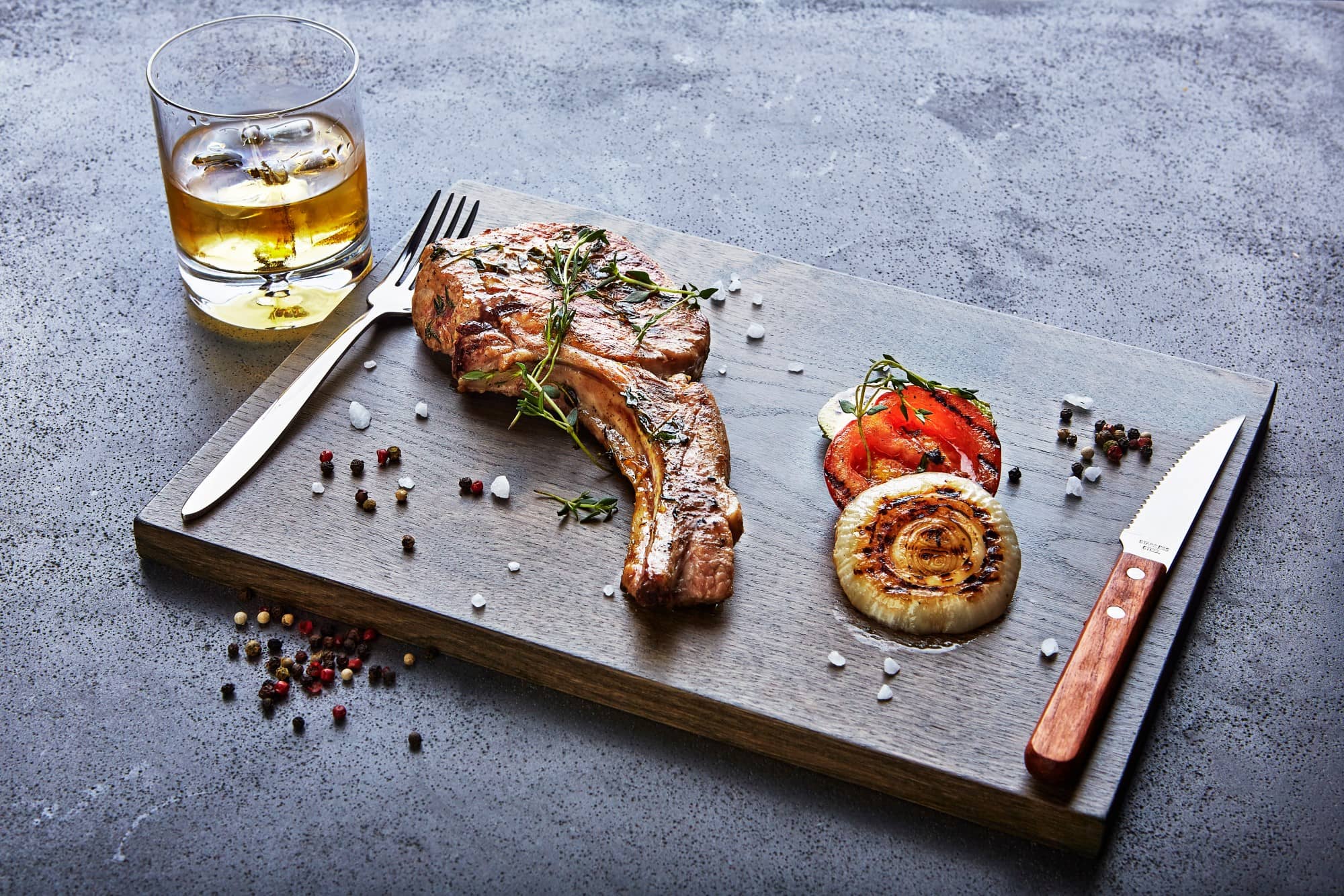 Full-bodied Scotches are the best bet for the appetizer favorite or as part of a tasty dinner of grilled filet and hummus. Complex Scotches — warning: they are intense — for hummus include Redbreast Lustau, the Yamazaki 12-year-old, and Hibiki 17-year-Old.

Other dips work nicely within Scotch food pairings including tortilla chips (try a single malt blend) and chunky salsa (use something lightly fruity).

Green olives, picked olives, basic jarred olives — when it comes to Scotch food pairings, this is an easy one.

The saltiness and brininess of olives, especially stuffed olives pairs exquisitely with a range of Scotches. It’s also why they brighten up drinks like the whiskey sour and the old-fashioned. The key is to not go peaty or overly complex. Any single malt that’s light-bodied will do well.

Yes, something as American as Apple Pie is a perfect Scotch food pairing. Isn’t life beautiful?

As with fruit, go for something with some sweetness that’s lightly fragrant and light. And since apple pie typically includes healthy helpings of spices such as cinnamon, stick to Scotches that are also lightly spicy, like a Glenfiddich 15 or something that comes from oak barrels. 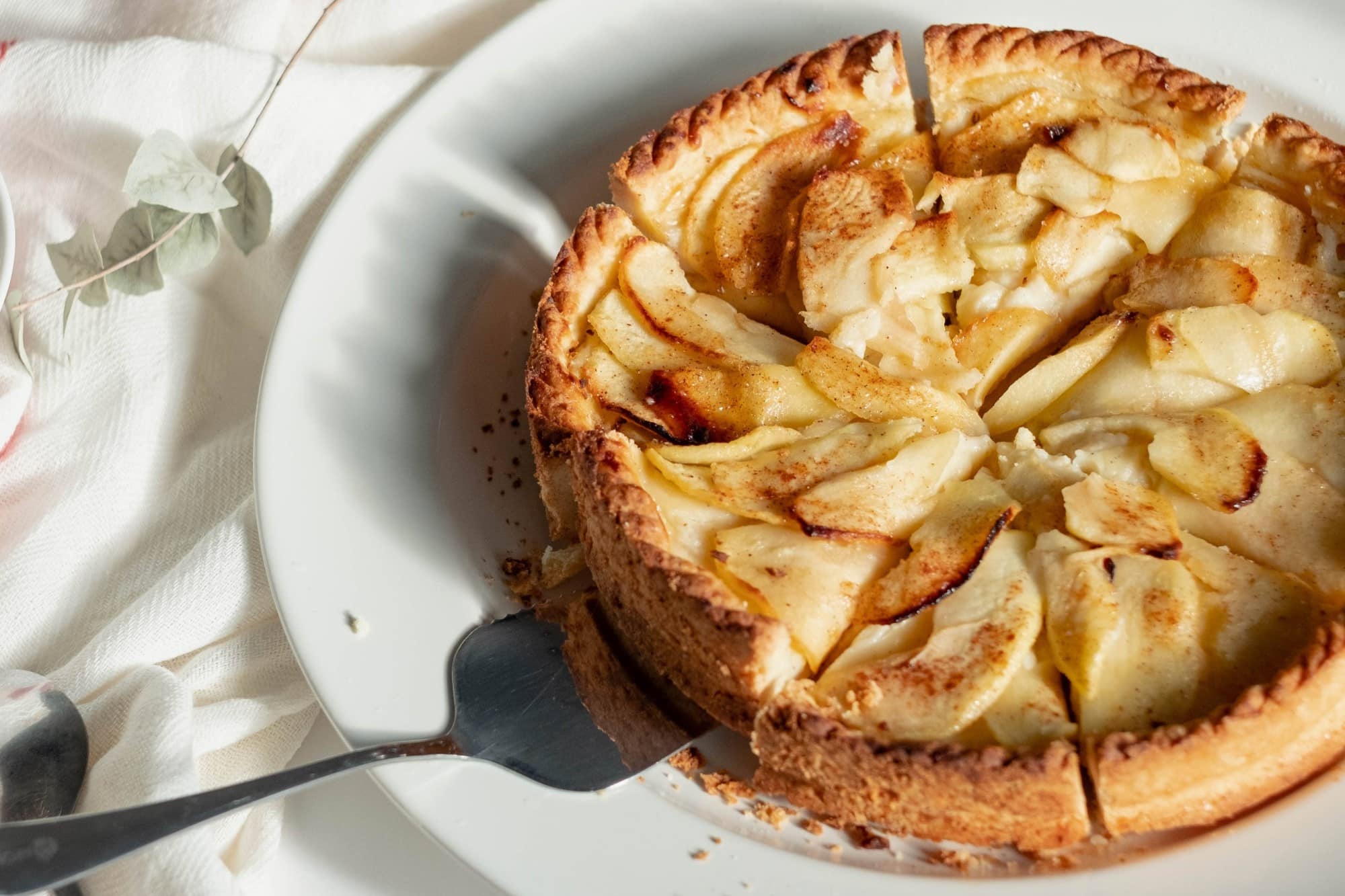 What to avoid in Scotch food pairings