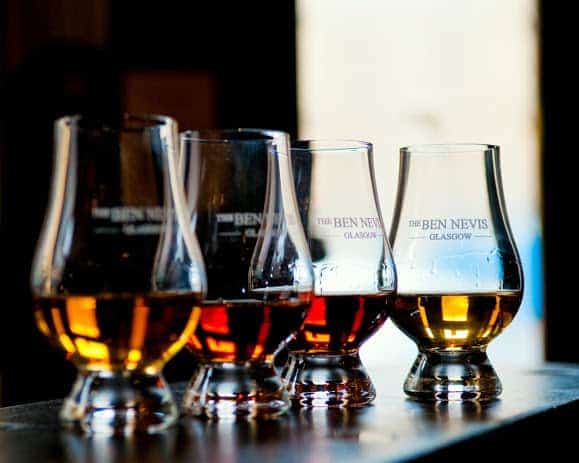 The Ben Nevis distillery is located in Scotland. Found in Fort William at the base of Ben Nevis, the distillery is at the highest mountain in the British Isles. The water used comes from the Allt a’Mhuilinn river guaranteeing the purest quality to create the perfect whisky.

Founded in 1825, it is one of the oldest distilleries in Scotland. In 1989, the Japanese Nikka Whisky Distilling company acquired the distillery.

Established in 1825, the Ben Nevis distillery is one of the oldest licensed distilleries in Scotland. ‘Long John’ McDonald, a descendant of the western Scottish Kingdom ruler, founded the distillery and after his death in 1856 the ownership was passed down to his son.

A few years later, they developed a second distillery in order to keep up with the growing demand. With the continuous interest in the whisky and the growth of the company, Joseph Hobbs acquired the distillery, installing some interesting new stills – Coffey still. With this, the distillery began using a continuous distillation producing both malt and grain whisky. Finally, in 1989, the Japanese company, Nikka Whisky Distilling acquired the Ben Nevis Distillery.

The main produce from the distillery has been the 10-year-old Scotch however; they developed some limited editions with independent bottles and unique cask-finishes.

On the nose, you will immediately feel some hints of orange and marmalade giving it a rich fruitiness with some soft leafy notes creating a fresh yet dry smell. Once you taste it, toffee will burst into your tongue giving a balance between a bitter sweetness and a soft dryness.

The finished flavour will be of toffee and caramel with a gentle touch of dark chocolate making this whisky highly appreciated by many. 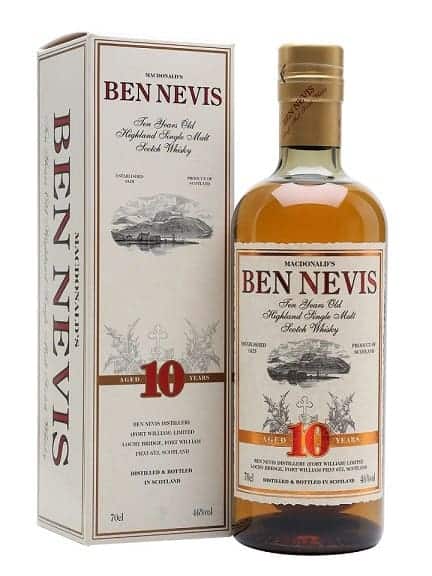 This incredible Scotch has won gold at the International Wines and Spirits Competition in 2000.

One of its main features is its notes of vanilla and nutmeg giving this Scotch a special sweetness and unique combination of aromas and flavours. Once you taste this Scotch, you will feel some complex herbal flavours giving it a bit of freshness. The final experience is shorter than usual with a more moderate touch being perfect a less experienced whisky lover.

Distilled in December 1990, this Scotch was aged in a single large cask until March 2018. Bottled for the celebration of the cask series, only 248 bottles were produced, offering a fantastic limited edition.

On the nose, you will feel immediately some notes of black tea and lemon peel with a touch of smoked wood. Once you taste the Scotch, you will feel the fresh citrus flavours followed by olive oil and greengages (type of European plums). The final feeling will leave some notes of cinnamon and pineapple giving this whisky an incredible fresh and fruity aromas and notes. 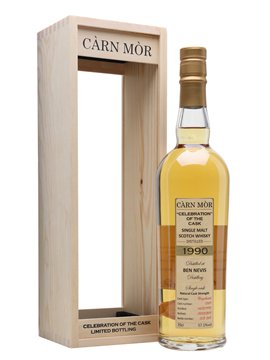